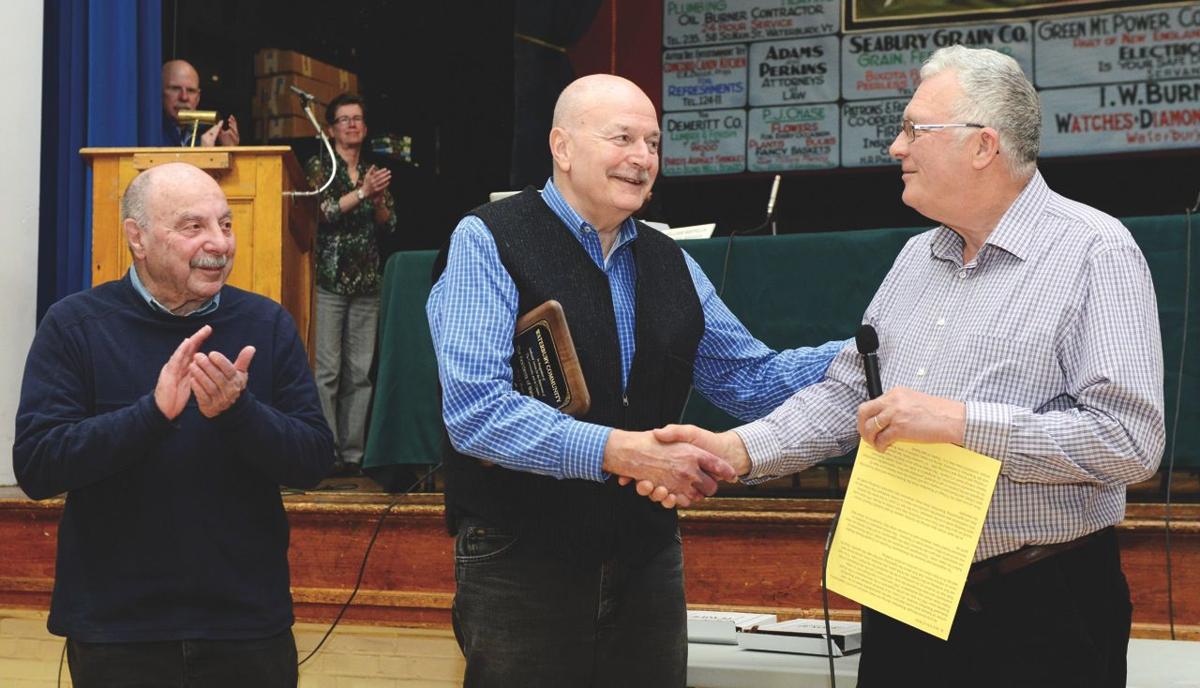 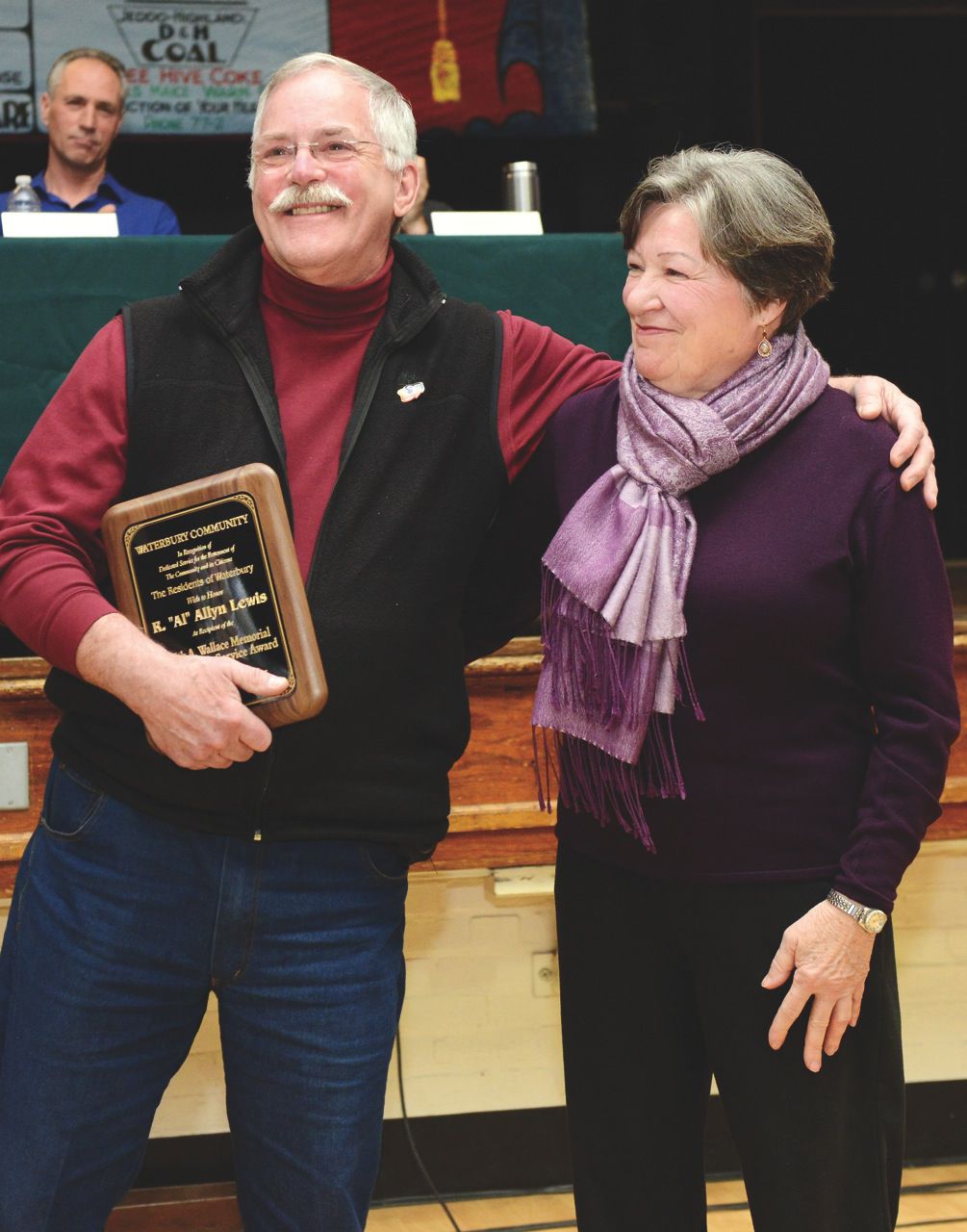 Al Lewis, with his wife, Sandy, after being presented with the Keith A. Wallace Community Service award at Waterbury’s town meeting. 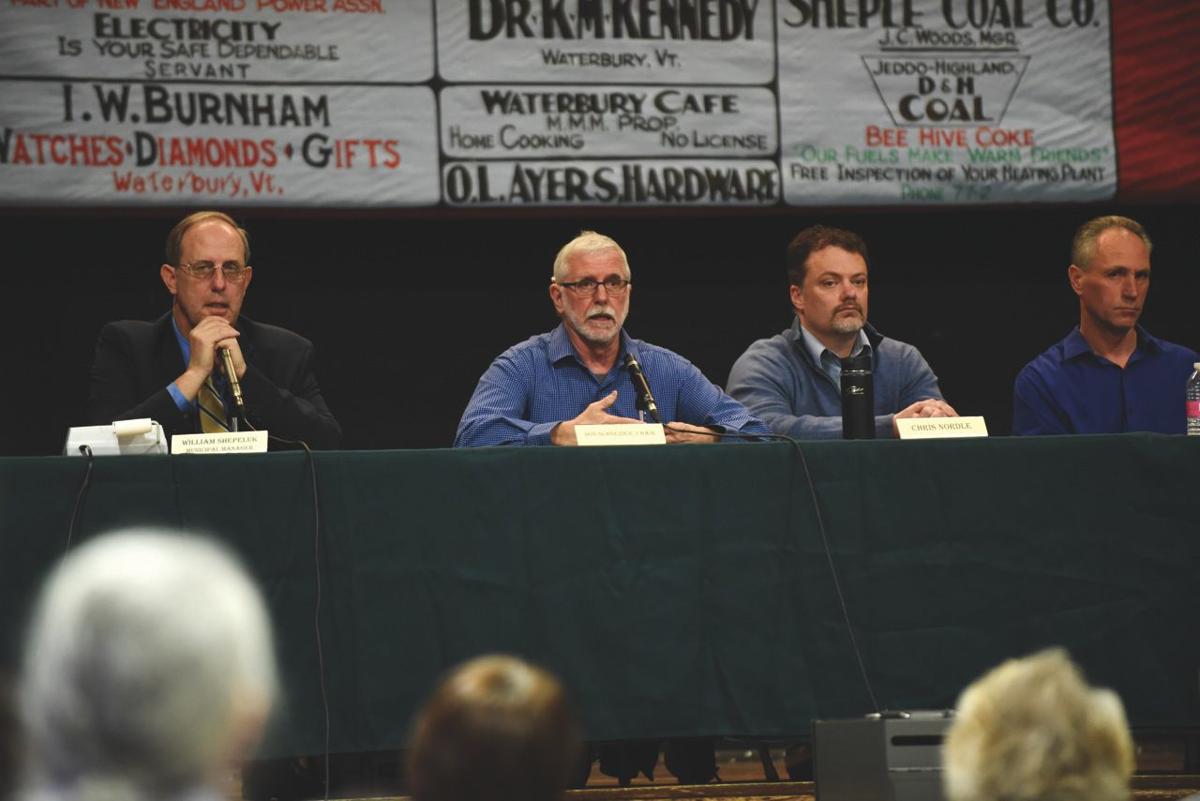 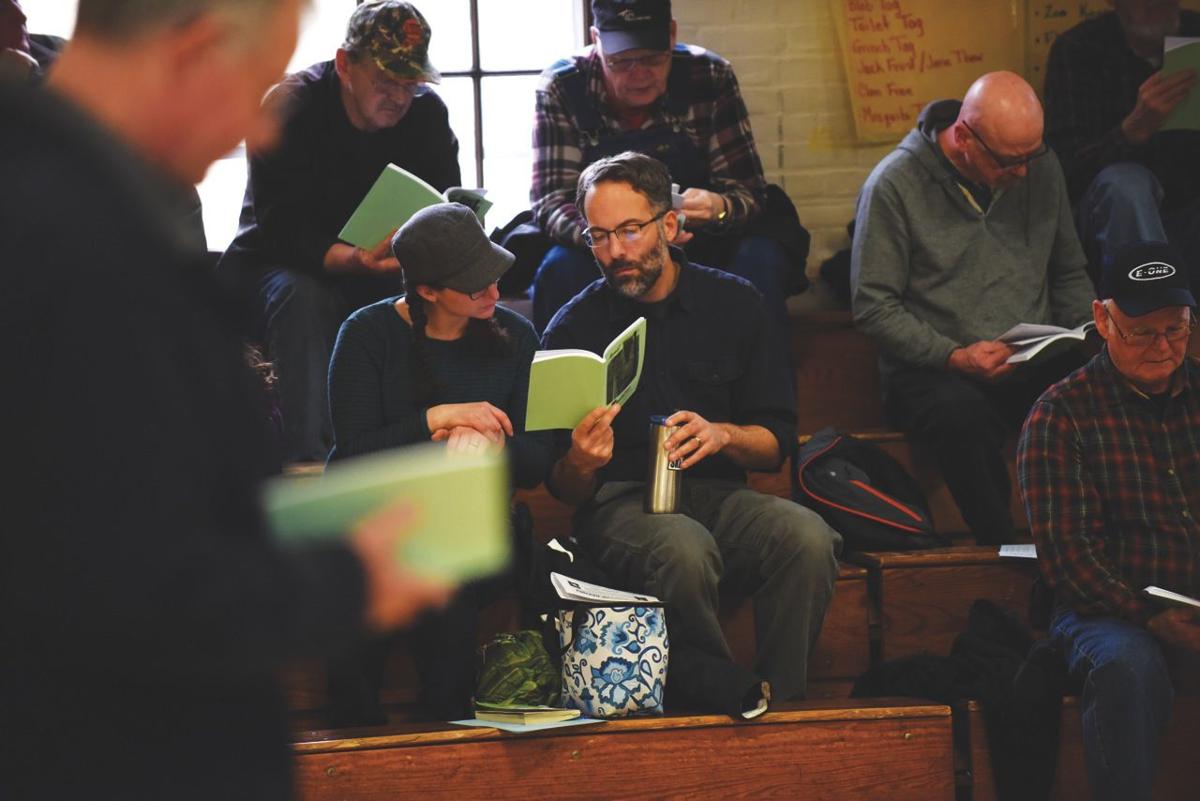 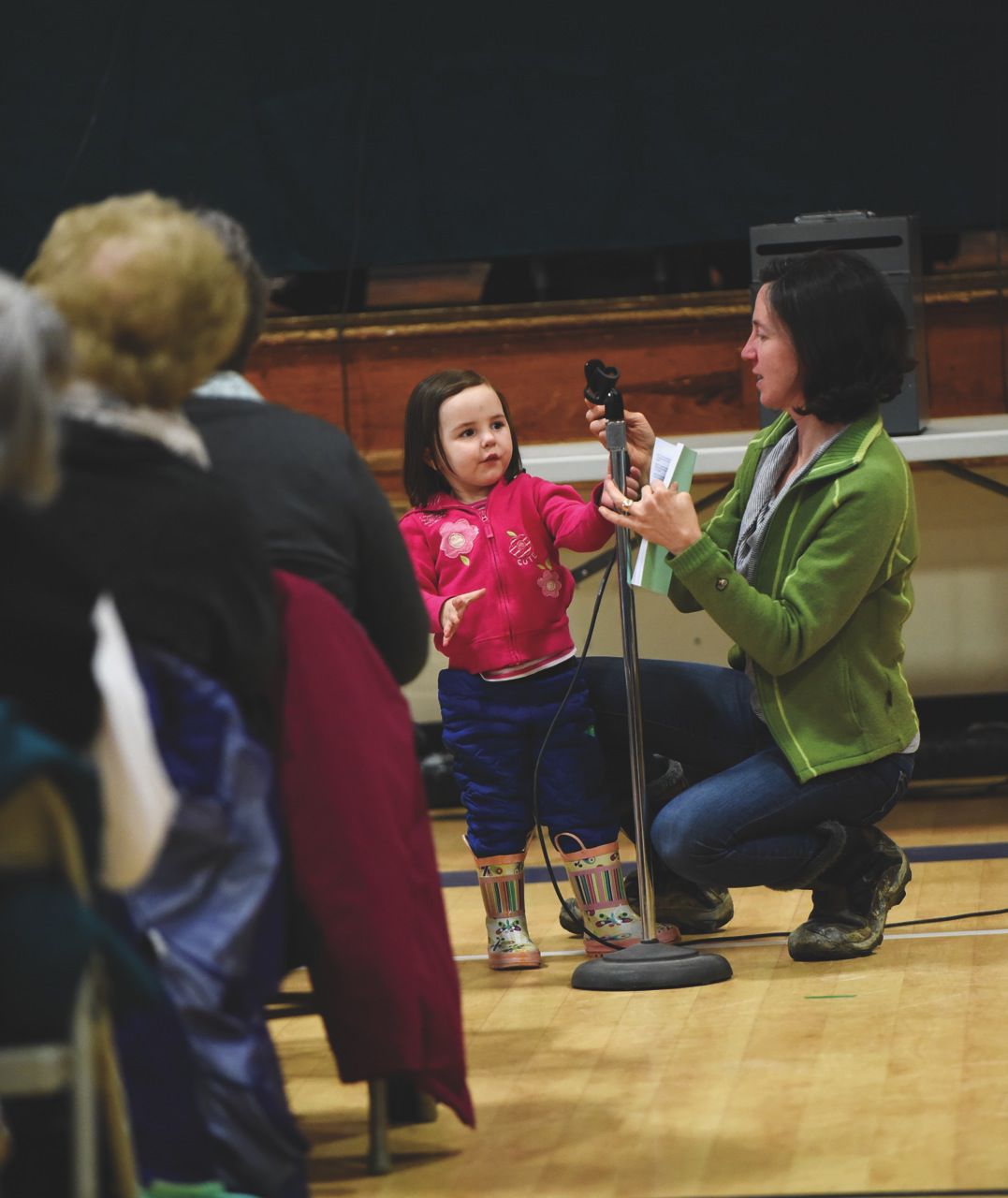 Al Lewis, with his wife, Sandy, after being presented with the Keith A. Wallace Community Service award at Waterbury’s town meeting.

They approved the town budget of $4,411,120, a $450,000 used tower truck for the Waterbury Fire Department, and everything else on the town meeting warning.

The budget includes the general fund, highway fund and library. Special articles that voters consider separately raised the total to $4,219,670. The budget is up about $191,500 from the last one, about 4.5 percent.

After moderator Jeffrey Kilgore brought the meeting to order, and Municipal Manager William Shepeluk thanked voters for attending, town meeting became a referendum on matters ranging from child care to funding for nonprofits to staffing at the highway and parks departments.

Shepeluk said he plans to use seven employees in the highway department all year long, rather than go with seasonal staffing, and have three part-time workers in the parks department, as opposed to two in the past.

Resident Sue Minter said she was “just noticing a relatively hefty line item for legal services” in the town report.

Shepeluk said the professional service and legal items involve spending for expert witnesses, such as those involving wildlife. Waterbury has been in a legal argument with the state about placement of a cellphone tower on North Hill that has dragged on for months.

As for the legal line, he said, “most of that $83,000 was spent in the pursuit of the case. I would say that 80 percent of the case has already happened. It’s difficult.”

The money will be repaid over five years.

Select board vice chair Chris Viens expressed a sentiment others seemed to be thinking: “$450,000 is certainly a lot of money. Seems like there’s been mitigating repairs to keep this thing (the old truck) on the road.”

Problems with the truck’s I-beam have reduced the vehicle to what Viens described as a “state of disrepair.” Just fixing that would cost about $30,000.

As for the new truck, “what is the life expectancy?” one voter asked. “I’m a little uncomfortable going ahead with this expense. It needs a little more exploration. How much will it cost?”

“This vehicle, if you look at the (capital improvement program), it was scheduled to be replaced three years ago. We’ve maintained this vehicle over time. We had planned to replace it,” Shepeluk said.

“When you’re a hundred feet in the air, you want to make sure it’s functioning the way it should,” he said.

State Reps. Tom Stevens and Theresa Wood, both from Waterbury, briefed voters on issues they face in Montpelier, including child care, affordable housing, support for middle-income families and a National Guard tuition waiver.

A minor technical glitch surfaced when the microphone kept going in and out. It was quickly resolved.

Compensation approved for select board members: $1,450 each for board chair Don Schneider and vice chair Chris Viens, $1,200 each for other board members.

Listers Philip Baker, William Woodruff and Dan Sweet will get $500 each.