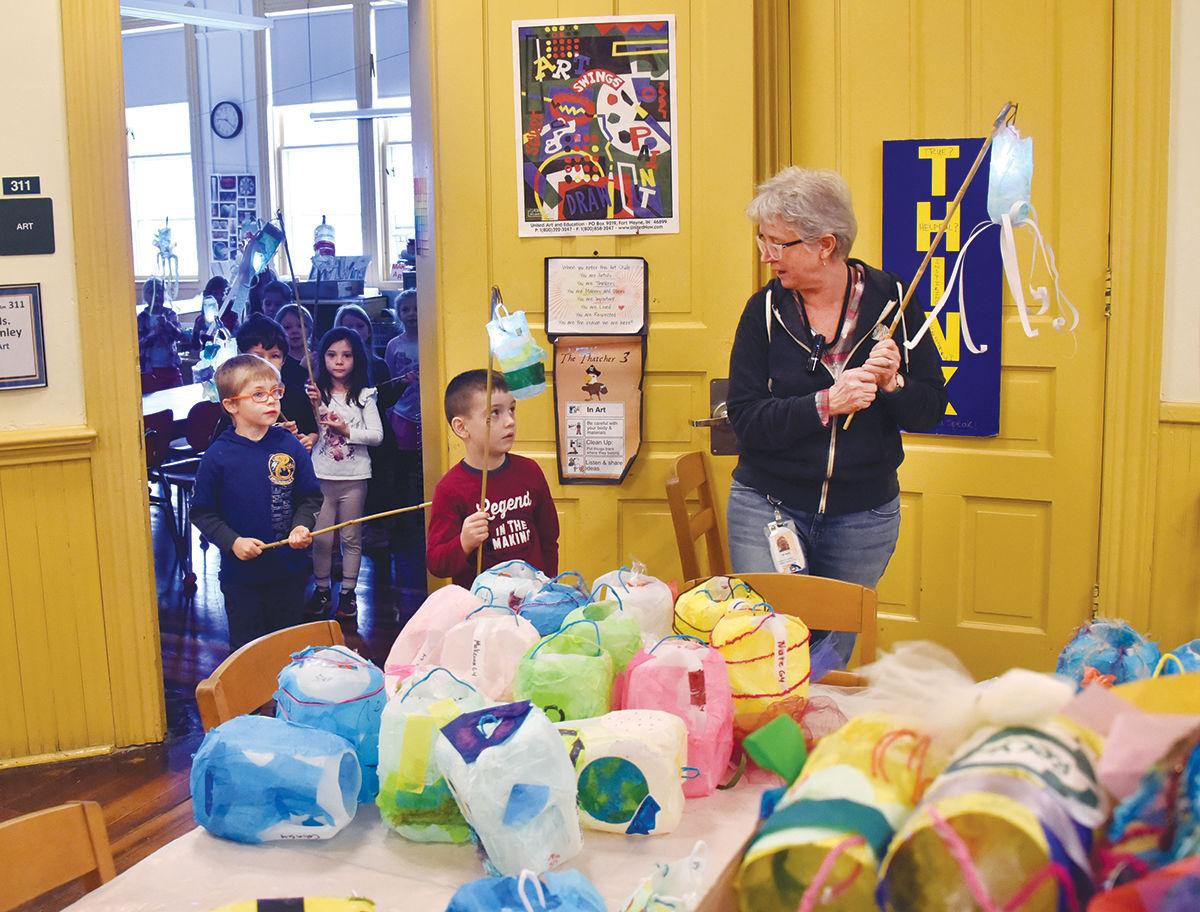 Art teacher MK Monley leads kindergartners on a mock River of Light parade through the halls of Thatcher Brook Primary School, preparing for the 10th annual parade this Saturday. 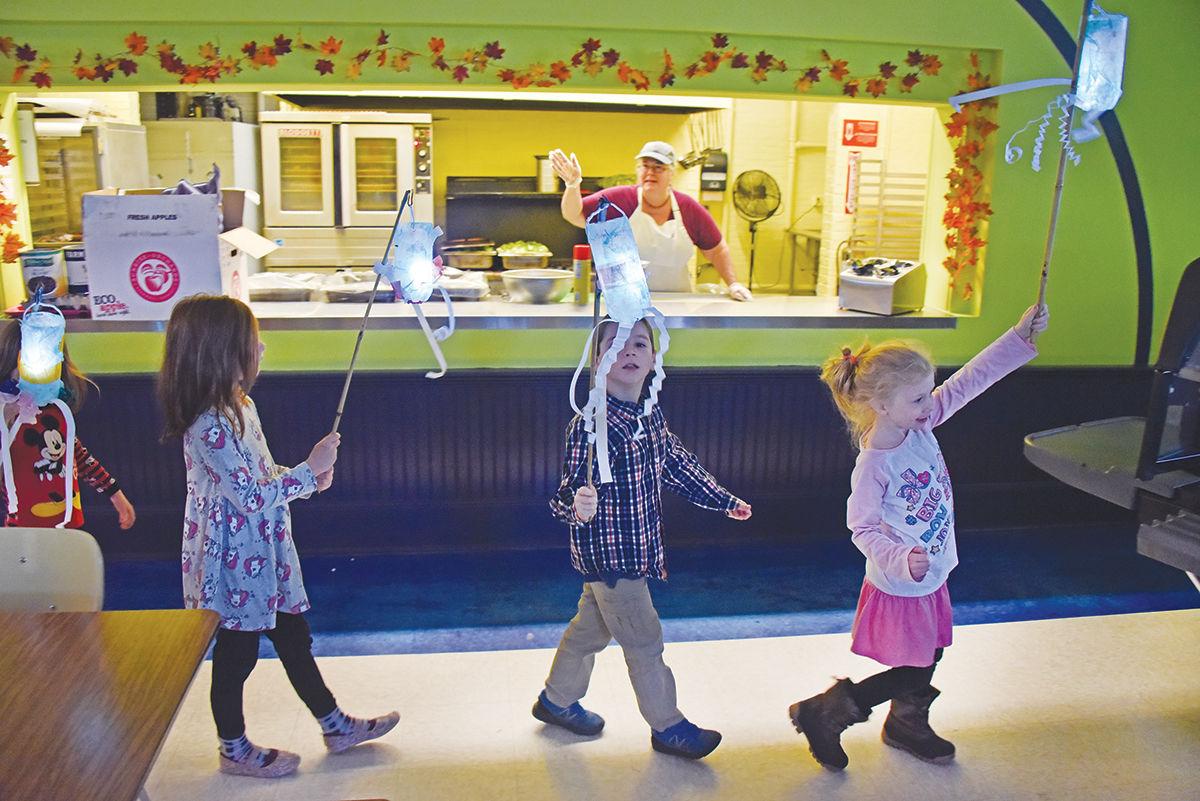 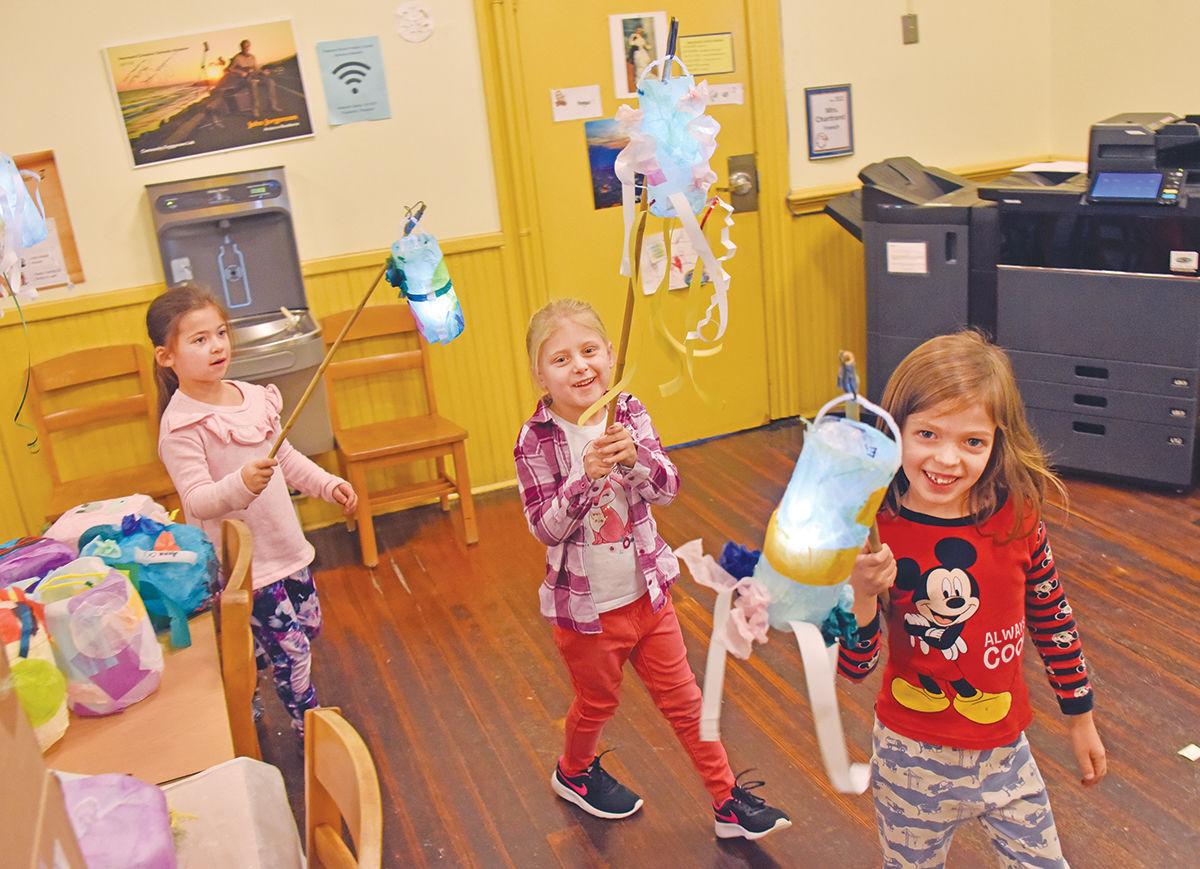 Art teacher MK Monley leads kindergartners on a mock River of Light parade through the halls of Thatcher Brook Primary School, preparing for the 10th annual parade this Saturday.

Darkness falls earlier and earlier this month, but downtown Waterbury will shine on Saturday night during the 10th annual River of Light parade.

The parade will start at Thatcher Brook Primary School Saturday at 5 p.m. and end at Dac Rowe Field on North Main Street for the customary bonfire and hot cocoa.

This year’s theme is reinvention and remaking, a more cerebral focus than the concepts of food, plants or flight from years past.

“I think a lot of us are thinking about reusing and recycling,” said MK Monley, the Thatcher Brook art teacher who’s behind the event. “Recycling is an important part of what needs to be happening.”

The children in Monley’s art class created their lanterns with a more literal approach to the recycling theme, decorating plastic bottles and jugs with colorful paper and markers. In that classroom was born the idea of the River of Light.

In 2009, Monley brought Gowri Savoor, a member of Vermont Arts Council, into the classroom to teach her children the Indian art form Rangoli, images made with brightly colored rice. Monley and Savoor kept in touch, and Savoor suggested they organize a lantern parade in 2010. Lantern parades are tradition in England, where Savoor is from, and she missed the spectacle.

The two worked together and produced the first River of Light, a school activity at the dawn of winter.

“The first year, it was snowing. It was beautiful,” Monley said.

The students marched from Thatcher Brook to Rusty Parker Park on Main Street, and then up Railroad Street when the snow made Main Street too hazardous.

The first parade involved only students, parents and teachers.

“The initial feedback was, ‘We loved it we hope you do it again,’ and I was like ‘Are you kidding me?’” she said.

As a school-sanctioned event, there was a lot of responsibility on the faculty’s shoulders.

“While it was a huge success the first year, we decided we wanted the community to take ownership of it,” she said. The tradition — now a $10,000 production — continued to grow.

And the Waterbury Recreation Department stokes a bonfire at the end of the route as National Honor Society students from Harwood Union High School dole out hot cocoa.

Monley made sure there’s more this year than last, as the supply tends to run out with the sheer number of people who attend the luminous performance.

“It’s a booming night in the town,” she said. “We stopped trying to get a table at the restaurants down town; we just have a potluck at someone’s house when it’s done.”

Monley said this year’s parade will have 15 to 20 larger sculptures, and she appreciates all the support the event receives.

“It takes a village,” she said, “I hate to sound cliché, but it takes the support of all the people in the community and that’s how we’re able to do it every year.”

“There’s a reason we have art in our lives and in the world. It’s an important part of who we are as people,” Monley said. “You can be a part of a living, breathing art parade and just have fun.”

Harwood board races shaping up

Going into town meeting 2020, elections for the Harwood Union school board feature a pair of contested races, an incumbent who is unopposed and the possibility of a write-in campaign.

The Waterbury Ambulance Service has been in the same building off Guptil Road since the early 1980s. A lot has changed since then — from the equipment it uses to the services it provides — and it’s ready for a new location.

Duxbury to the press: Go read the minutes

After learning of inconsistencies on time cards for Jonathan DeLaBruere, the assistant to the Duxbury Select Board, the board adopted a restrictive media policy and met behind closed doors for more than an hour Monday to discuss the situation.