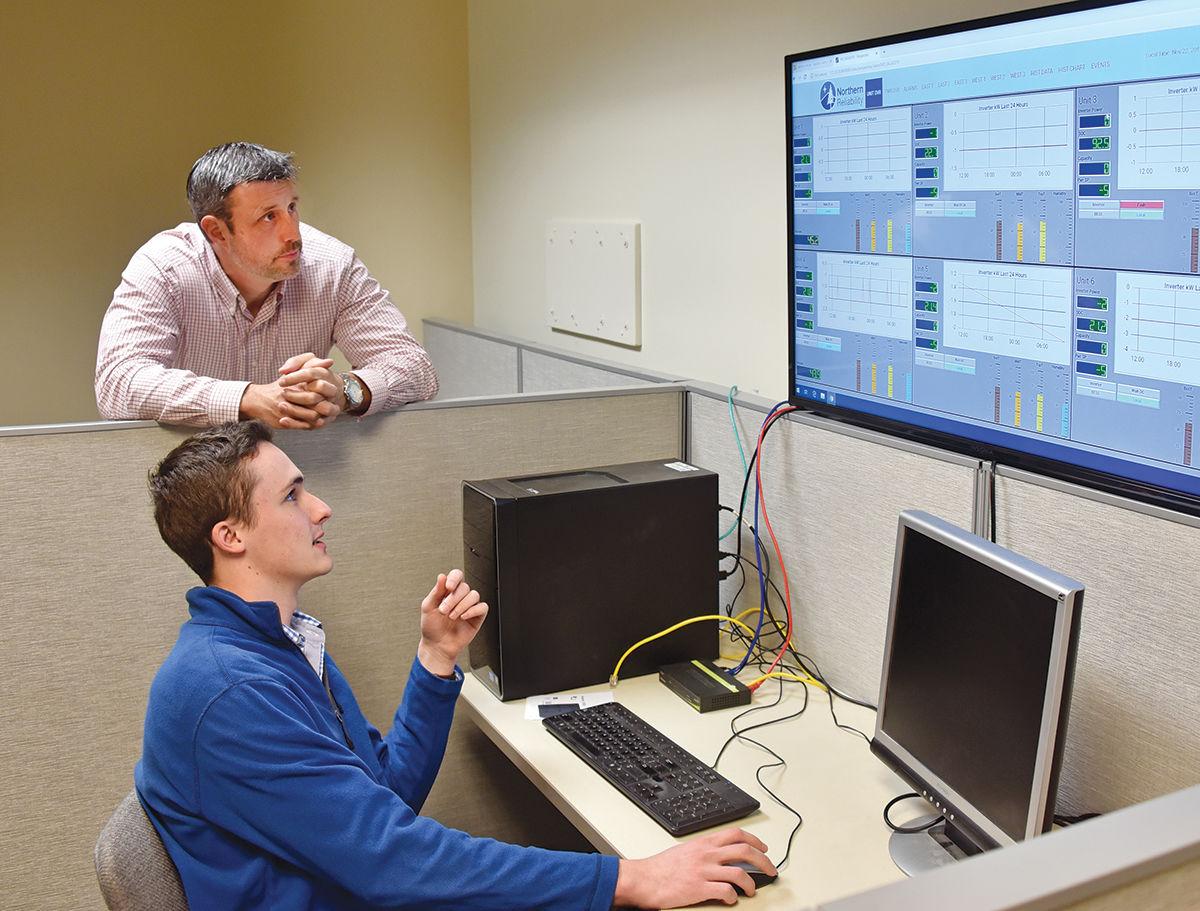 Company CEO Jay Bellows, standing, talks with Jarek Hammerl, an electro-mechanical engineer who graduated from Harwood Union High School and then Vermont Technical College. He interned for Northern Reliability for two years before the company hired him in July. 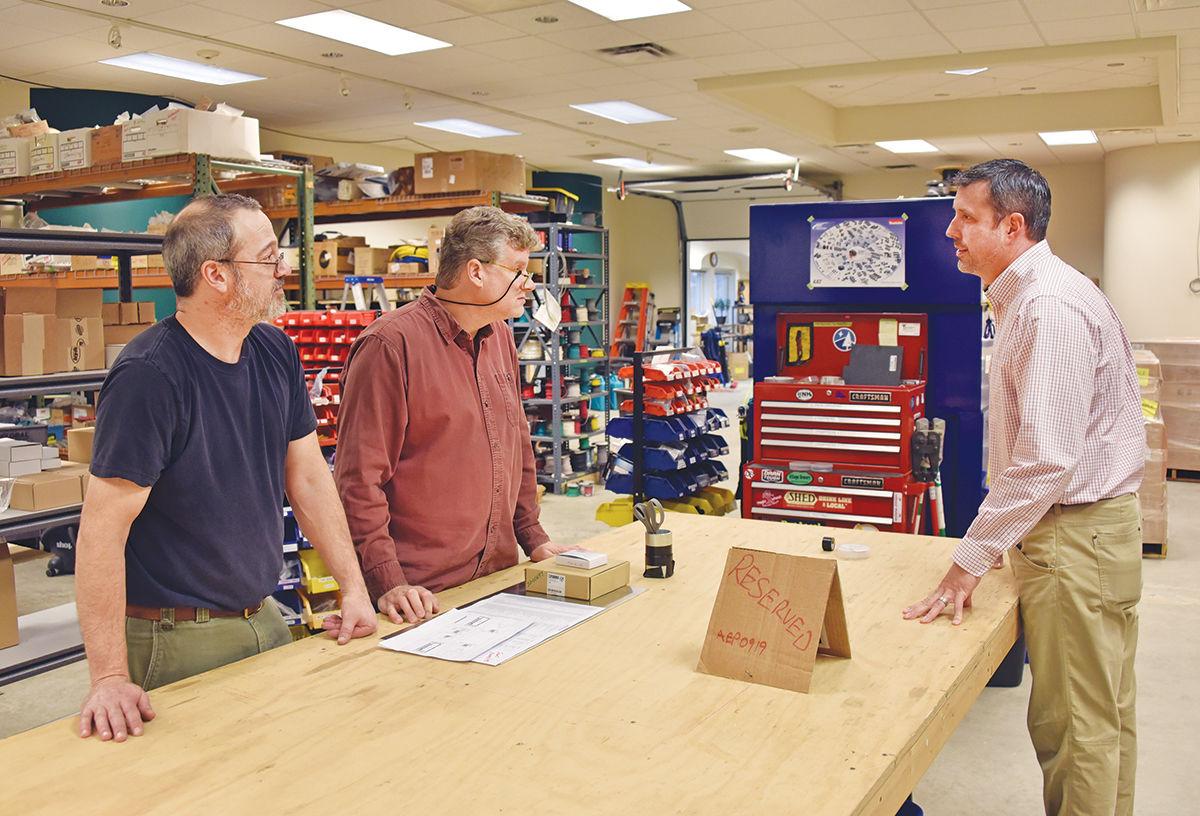 Jay Bellows, right, talks with Jon Sutton and another engineer in the workshop where nearly all of Northern Reliability’s systems are assembled. Everything’s engineered — and, when feasible, built — right in Waterbury. 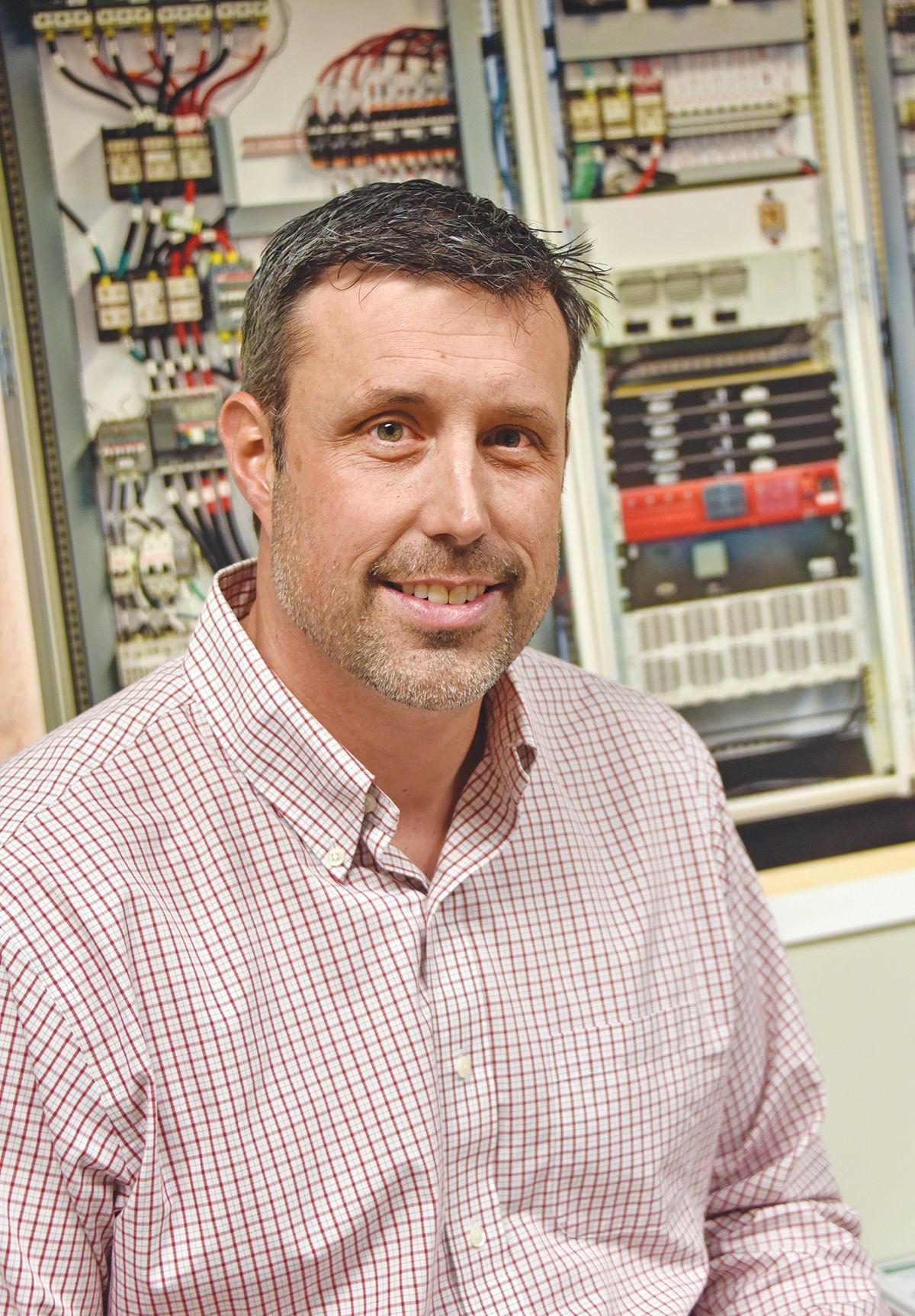 “Our projections are pretty aggressive,” says CEO Jay Bellows. “We’re up about 900 percent this year. We’re definitely looking to expand.” 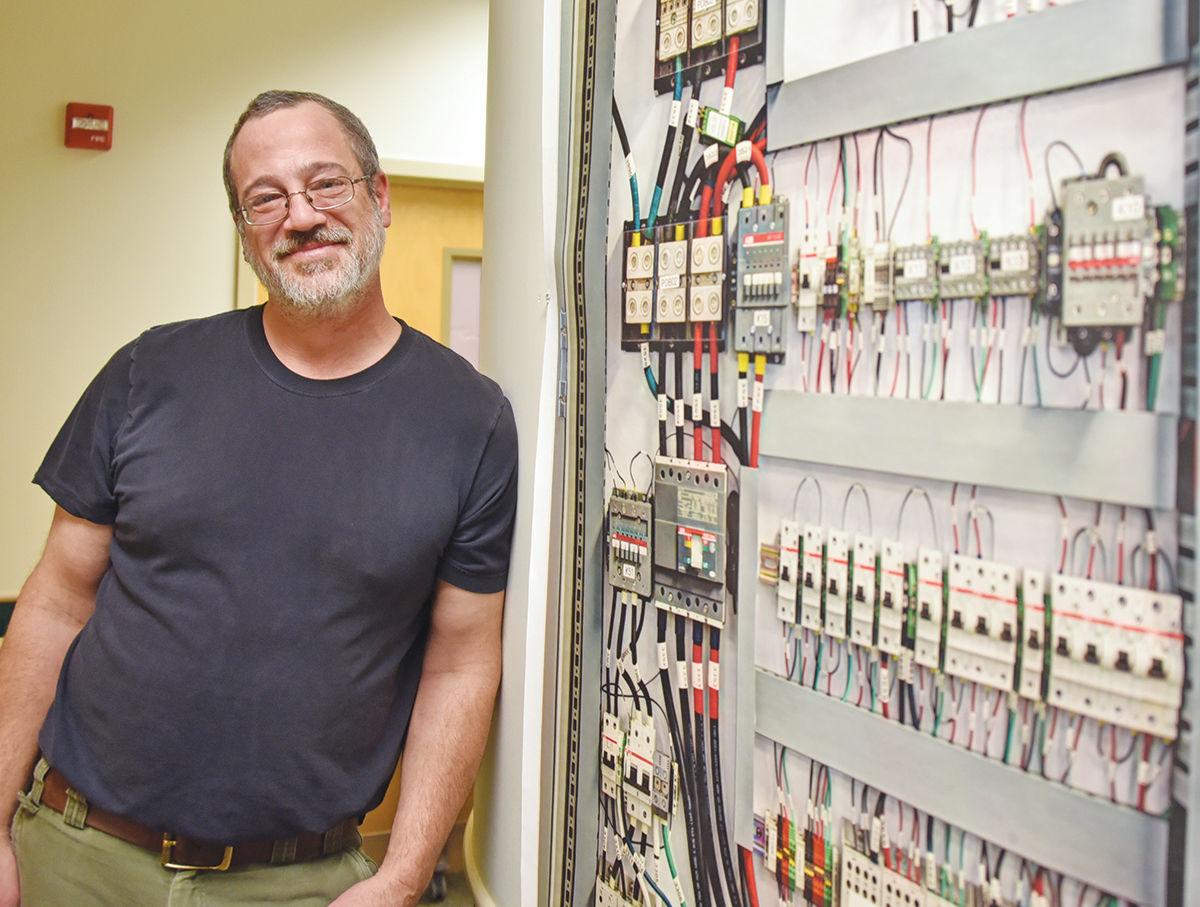 Company CEO Jay Bellows, standing, talks with Jarek Hammerl, an electro-mechanical engineer who graduated from Harwood Union High School and then Vermont Technical College. He interned for Northern Reliability for two years before the company hired him in July.

Jay Bellows, right, talks with Jon Sutton and another engineer in the workshop where nearly all of Northern Reliability’s systems are assembled. Everything’s engineered — and, when feasible, built — right in Waterbury.

“Our projections are pretty aggressive,” says CEO Jay Bellows. “We’re up about 900 percent this year. We’re definitely looking to expand.”

Inside a nondescript building on Demeritt Place in Waterbury, a large whiteboard covers most of an office wall. Scrawled in blue, green, purple and brown markers are more than a hundred names and numbers, ranging from a couple of hundred thousand to over a billion.

Add them all up, and the total is over $13 billion.

That’s the potential market that Northern Reliability sees, and “we’re just at the tip of the iceberg,” said company CEO Jay Bellows.

When Bellows joined the company four years ago — before it moved from Waitsfield to Waterbury — that market number was around $5 million, he said. That’s a 2,600-fold increase.

What’s the market? Big systems that use lots of batteries to store and provide electricity.

Batteries are all the talk these days — electric cars, home batteries that work with solar panels, systems that store energy when it’s cheapest — but Northern Reliability has been in the game for 40 years, designing and installing battery systems around the globe. Each installation is custom, but all use similar components — controls, inverters, wires, and lots of lead-acid or lithium ion batteries. And everything’s engineered — and, when feasible, built — right in Waterbury.

But the scope of Northern Reliability is much wider than cabinets full of power-saving batteries. The company builds a wide range of products that solve energy problems, whether on the grid or the top of a remote mountain.

Every photo a story

“If you look at our hall, it’s like a history of storage,” Bellows said.

Dozens of photos line the walls, showing units that Northern Reliability built. A story goes with each one.

• Over here is photo of a large steel power tower. A cabinet and solar panels are attached to the base. The system powers radar to detect aircraft as they approach, and then cranks up the red warning lights, keeping the planes away without driving neighbors batty with bright, red lights that are on constantly.

• Farther along the hall is a photo of a solar array and cabinet on a snow-capped mountain. It was one of three systems powering border patrol communications in Maine. An actual-size photo of the cabinet stretches from floor to ceiling, displaying batteries and digital controls and wires in a mosaic of organized chaos.

Jon Sutton, managing engineer, leans on the wall and remembers how cold it was when the system was being installed, how the crew had to camp up on the mountain, how its four-day campout stretched from four days to nine, and how the helicopter dropped its replacement port-a-potty on the sixth.

“It was,” Sutton paused, “an adventure.”

“It was 100 degrees and I was wearing a suit. It sucked,” Bellows said.

But what a system: It produce 10 megawatts of power an hour, and the six storage sites can hold 26.2 megawatt-hours of energy, supplementing Fayetteville’s grid when needed.

The average Vermont home uses 903 kilowatt-hours of electricity a month. The Fayetteville solar farm produces 11 times that amount every hour, and the storage setup could power that Vermont house for nearly two and a half years.

“You can put all the solar you want in, but the fact is the grid doesn’t need the solar till it gets dark; that’s when the peak happens,” Bellows said, “All of that would have been wasted if it weren’t for the storage.”

This project was massive — the largest in the South, Bellows said, costing $23 million. Before the solar farm, 16 percent of Fayetteville’s electricity came from renewable sources; afterward, 76 percent.

“Everything, right down to the seams, was designed over there,” Bellows said, pointing to a workshop on the other side of the wall.

Northern Reliability’s products are now on every continent, and the potential for growth is tremendous.

“GE, Lockheed, these companies are trying so hard to get into this industry because the projections for storage are crazy,” Bellows said. Three years ago, Forbes projected the energy storage industry would be worth $5 billion globally by 2025. This year, it upped that figure to $768 billion, he said.

Bellows noted that Energizer’s plans to move its Vermont plant in Bennington to Wisconsin, and he said Northern Reliability is proud to provide local jobs using local talent. The company added three employees this year, to a total of 21.

That local talent includes Jarek Hammerl, an electro-mechanical engineer who graduated from Harwood Union High School and then Vermont Technical College. He interned for Northern Reliability for two years before the company hired him in July.

“We weren’t going to let him leave,” Bellows said.

And he jumped right in. “Day one was an airplane flight,” Hammerl said; he flew to Arkansas to help build the Fayetteville site and get it running.

On this day, he’s checking on the Fayetteville site via computer monitor.

“Our projections are pretty aggressive,” Bellows said. “We’re up about 900 percent this year.”

That kind of growth demands more space and more engineers.