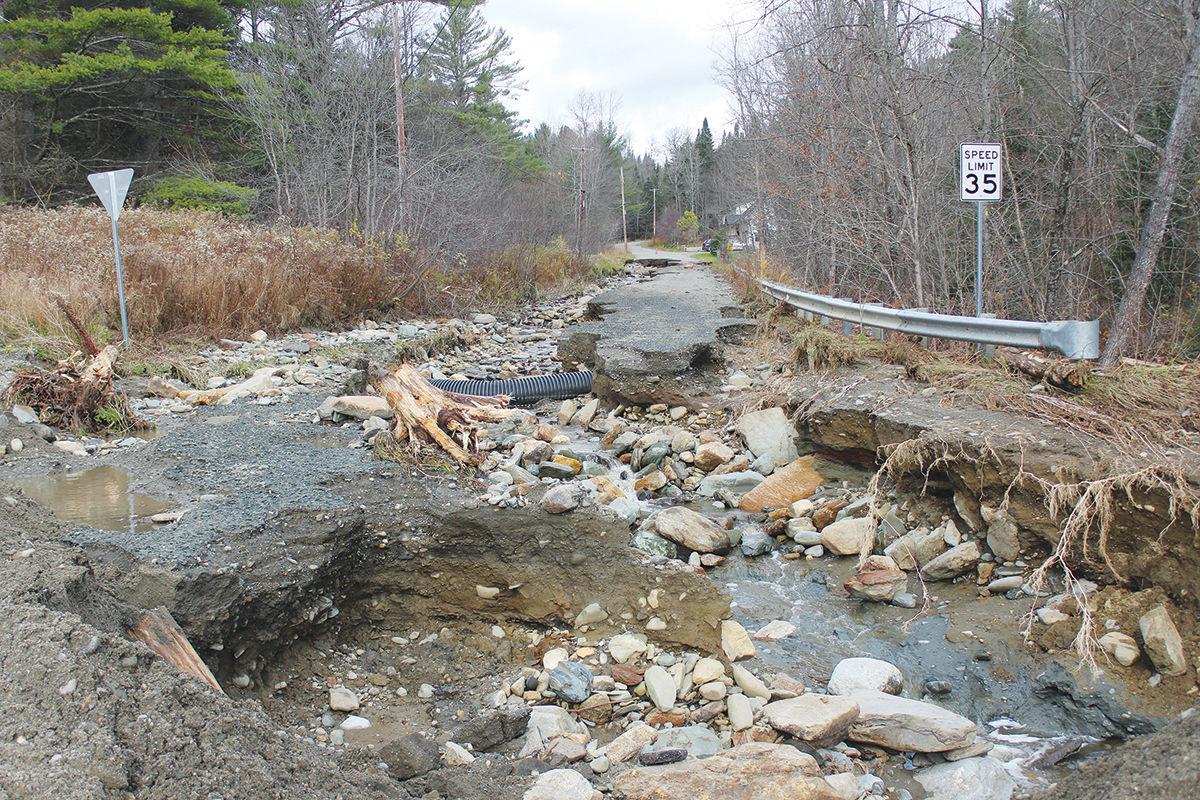 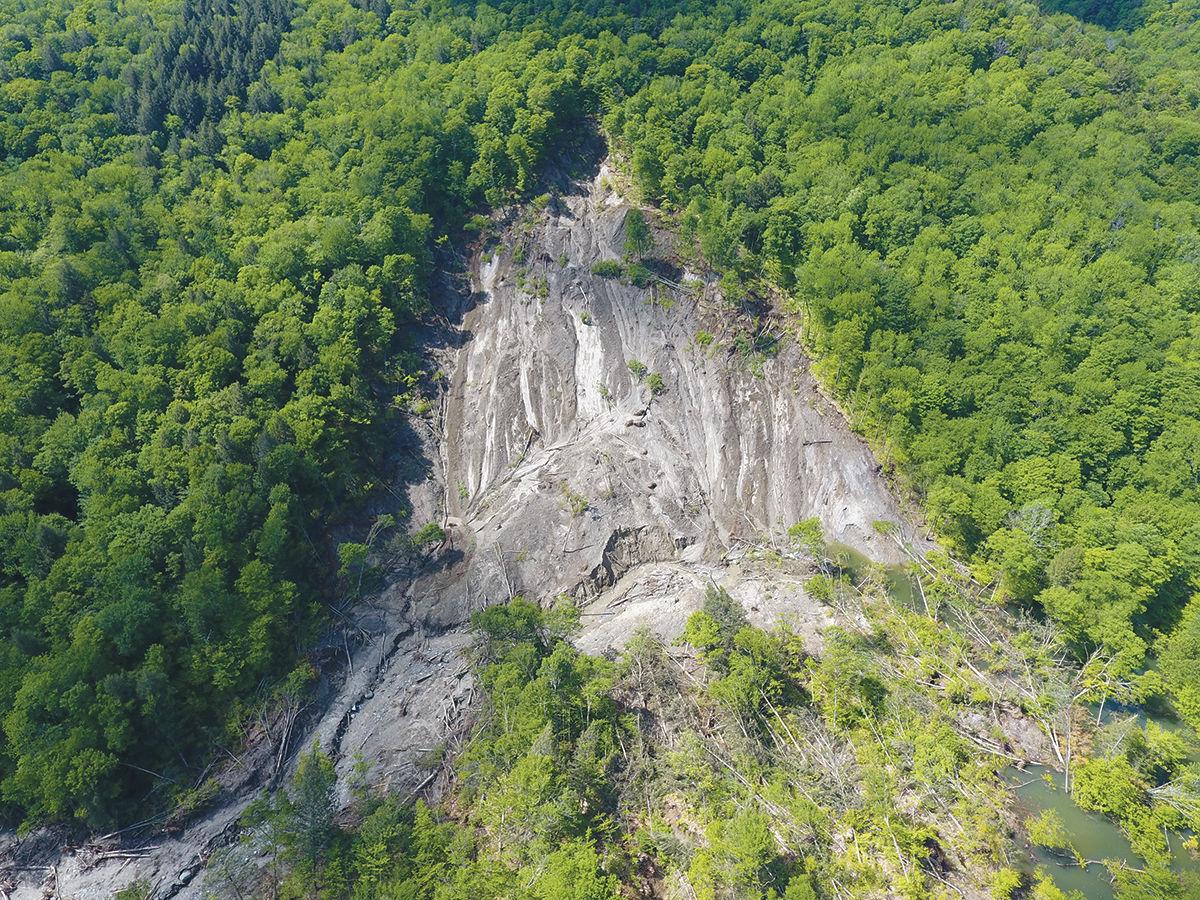 The biggest landslide in recent Vermont history sent at least 12 acres of land downhill near the Waterbury Reservoir, destroying several trails and creating a big new delta in the reservoir. 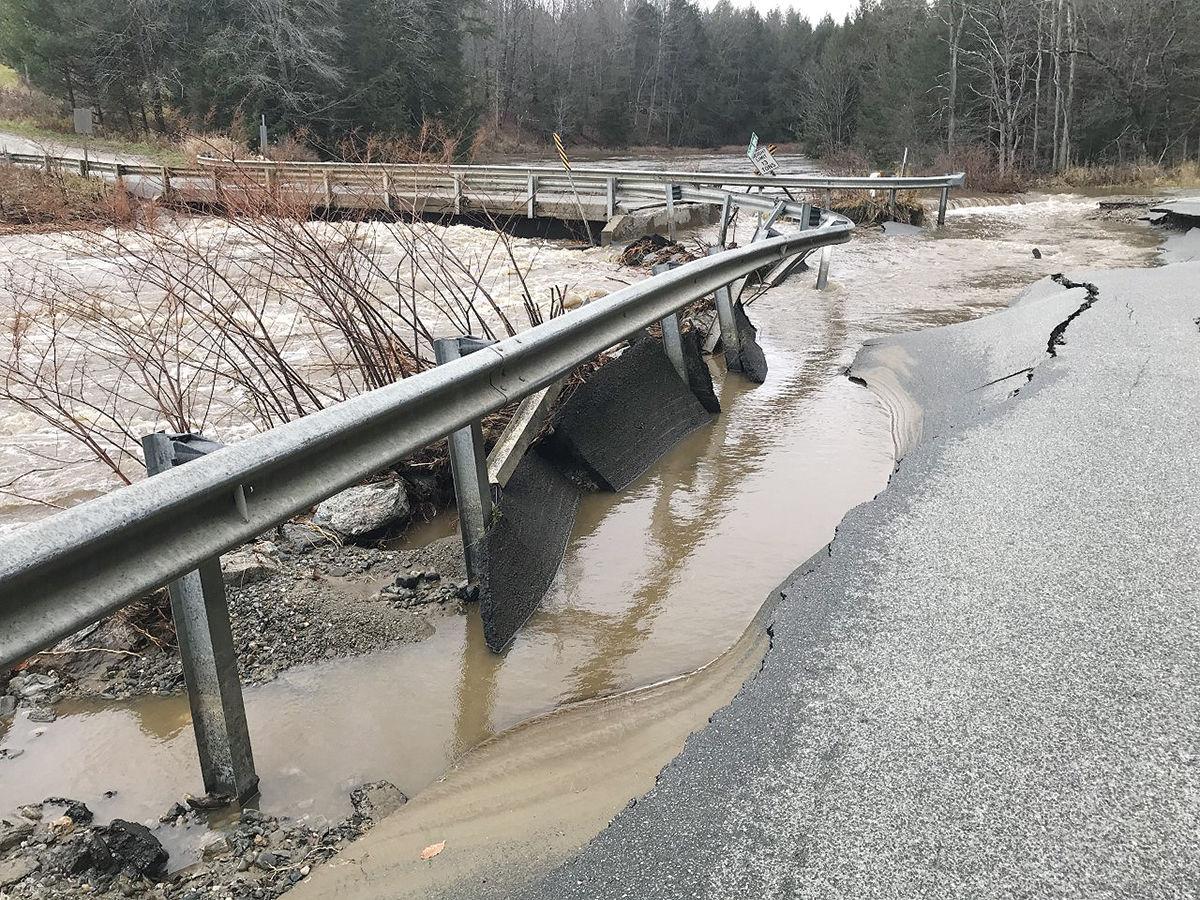 The Whitcomb Island Bridge in Hyde Park struggled to stand up to pounding waters after the Halloween storm.

The biggest landslide in recent Vermont history sent at least 12 acres of land downhill near the Waterbury Reservoir, destroying several trails and creating a big new delta in the reservoir.

The Whitcomb Island Bridge in Hyde Park struggled to stand up to pounding waters after the Halloween storm.

We know that climate change is different from weather, but here in Vermont, it sure seems that extreme weather — particularly heavy rain, flooding and windstorms — is on the rise.

Serious floods, road damage, power outages and requests for federal aid have become part of life in the Green Mountain State. The summer of 2019 was bookended by major local floods.

A pair of April storms washed out roads in the region, and the Halloween storm caused flash floods that ripped apart roads.

And in between, the largest landslide in recent memory sent tons of earth sliding into Cotton Brook and then Waterbury Reservoir, destroying a number of recreational trails and altering the makeup of the reservoir by adding a new delta at the mouth of the brook.

In all of this mayhem, no one was killed.

The storm that ripped through northern Vermont Oct. 31 and Nov. 1 was even worse than 2011’s Tropical Storm Irene for areas north of Stowe. Damage to state and local roads is estimated at millions of dollars.

Route 100 in Eden was underwater for hours. To the north, a failed culvert partially washed out the state highway near the Mount Norris Boys Scouts camp. Together, those problems blocked all roads in and out of Eden until the water receded on the south end of town.

The Lamoille River Valley turned into a new, larger Lake Lamoille, as water rose past Irene levels. Portions of Johnson, Cambridge and Jeffersonville villages all went underwater, Route 15 was swamped in several places, and Route 109 in Waterville and Route 118 in Eden were flooded. Washouts damaged Route 15 in Morristown, Route 12 in Elmore and Worcester and Route 108 in Stowe.

Hyde Park, Morristown and Wolcott were hard-hit, as streams large and small jumped their banks. A windstorm the next day caused even more damage, dropping trees on power lines.

A woman wound up in intensive care after a tree fell on her in Stowe.

While most roads are reopened, part of Mud City Loop in Morristown will remain closed until spring.

Waterbury ‘threads the needle’ on flooding

Here’s how the Halloween storm affected electricity service in area

The April storms caused about $2 million in damage, and the state has applied for federal recovery aid.

The two storms April 15-16 and April 20-21 caused major damage up and down the state, from Essex to Bennington counties.

In Lamoille County, the effects of heavy rain were compounded by spring runoff and snowmelt. Cambridge felt them most, as Routes 15 and 109 had to be closed, but most residents thought they got off fairly easily.

Those April storms and a generally wet spring contributed to a landslide that swept 12 acres of land downhill near Cotton Brook, between Waterbury and Stowe, with 2 more acres at risk.

The slide began May 31. State officials believe continuous rains eroded the clay bluffs and sand banks, resulting in the landslide.

The slide closed down Cottonbrook Road for four months and destroyed several recreational trails. They haven’t been replaced, because the land is still unstable.

In June, state officials estimated the slide had taken out 250,000 cubic meters of material, perhaps the largest landslide in modern Vermont history. Four months later, in October, the slide was still sliding, they said.

The new delta at the mouth of Cotton Brook grew to 2.8 acres, threatening to enclose the now-narrow channel connecting the two sections of Waterbury Reservoir near the delta, and a 1.8-acre pond formed upstream as the Cotton Brook tried to force its way past the slide.

Landslide takes out trails on 20 acres

Thurston races to national U-18 spot

Harwood budget is going down, but taxes are up

2019: Mother Nature does a number on region