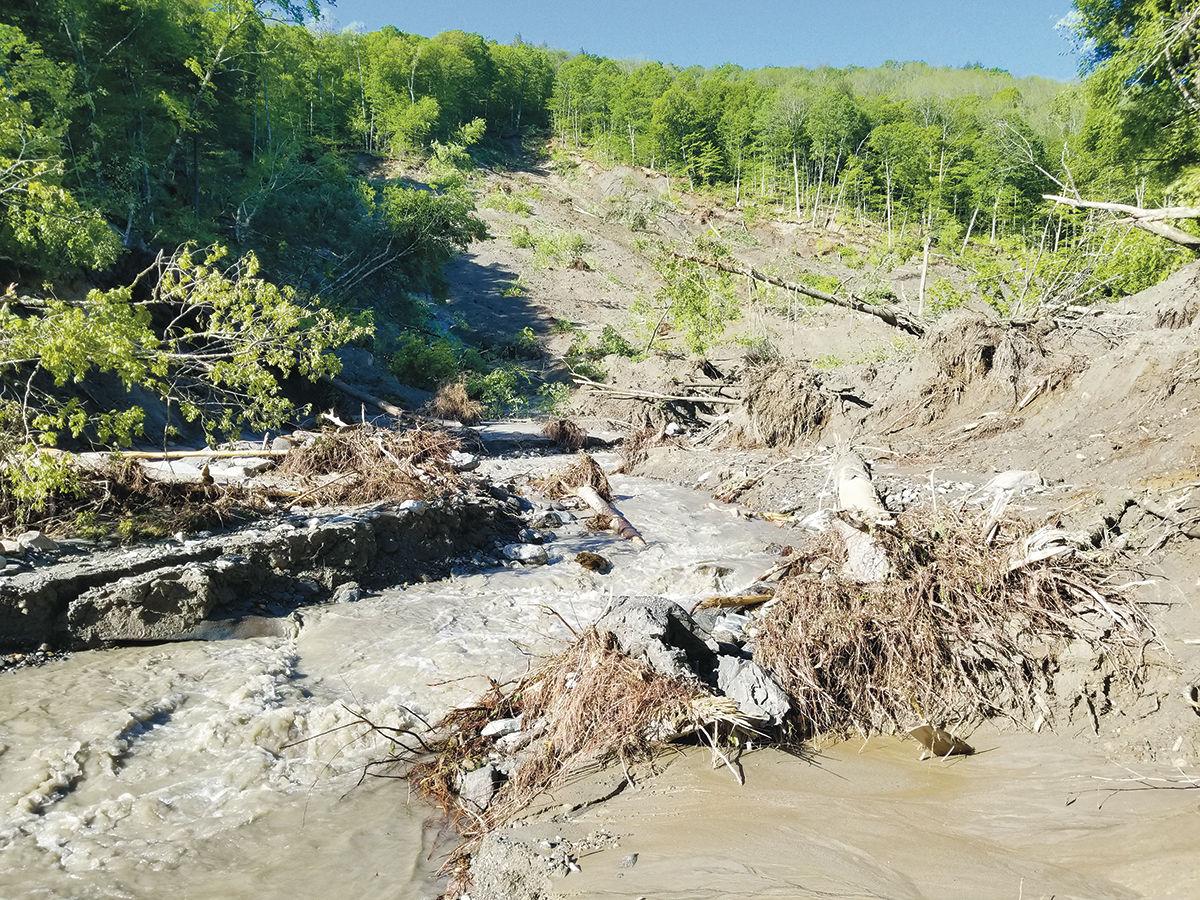 About 20 acres of land in the Cotton Brook block of the Mt. Mansfield state forest were washed out in a mudslide that began Friday, and is still active. 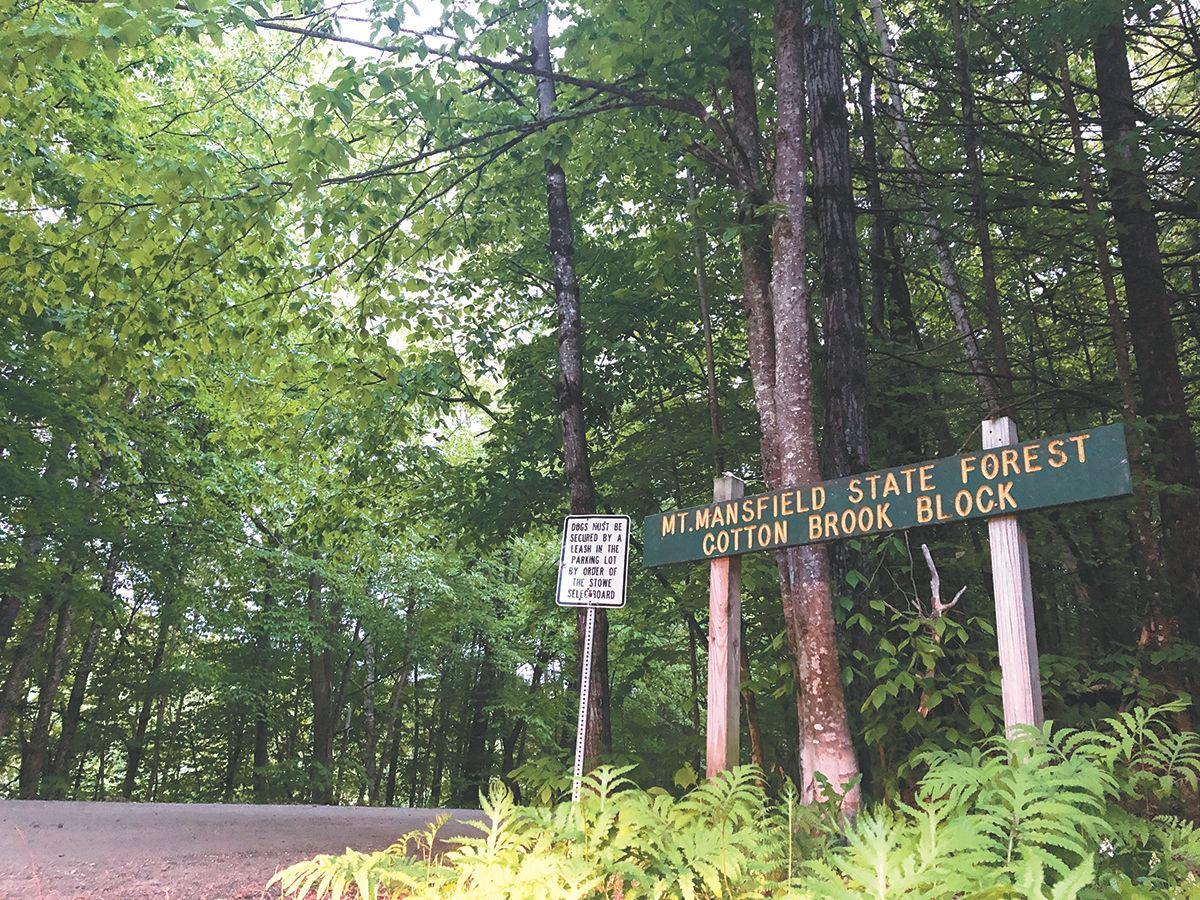 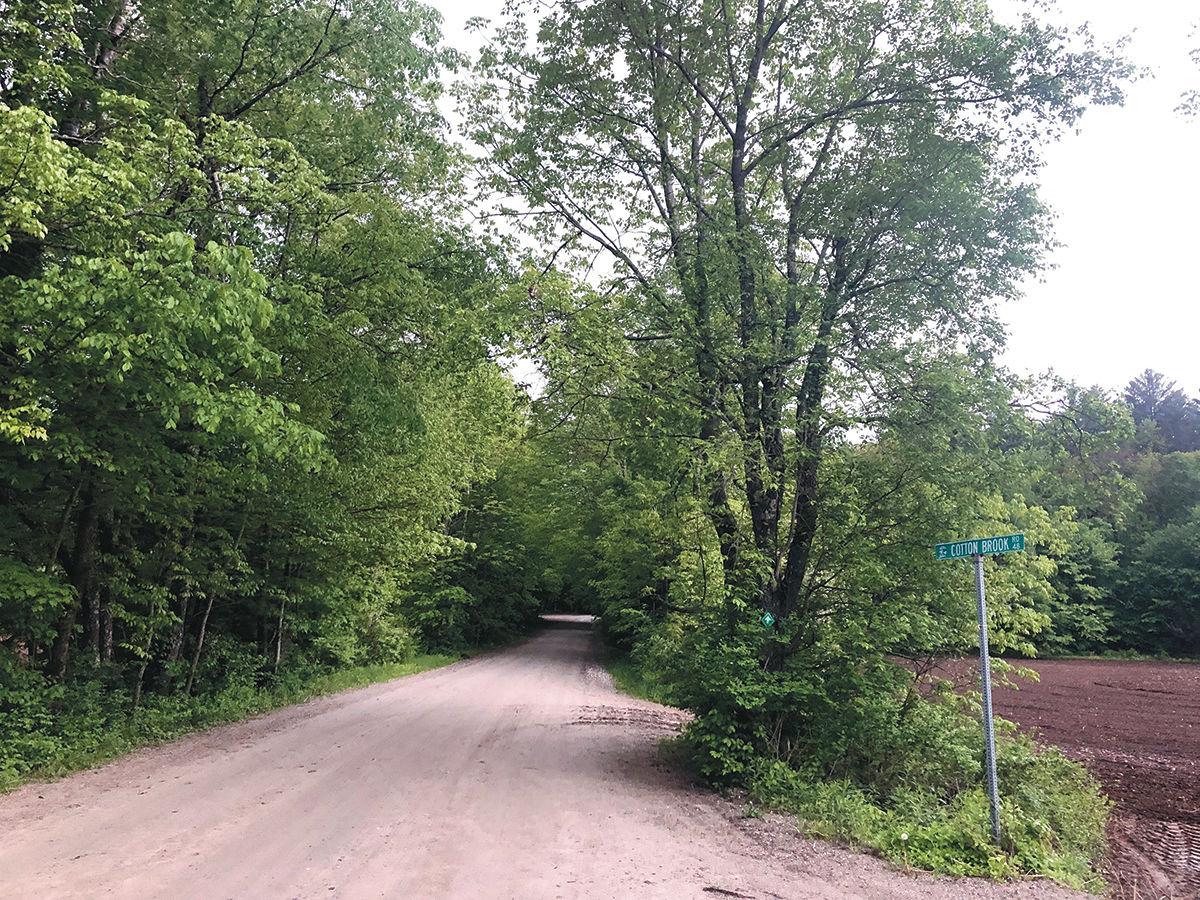 About 20 acres of land in the Cotton Brook block of the Mt. Mansfield state forest were washed out in a mudslide that began Friday, and is still active.

A landslide that started May 31 — and is still sliding — has taken out trails that span several acres of the Cotton Brook area between Waterbury and Stowe.

The area has been closed to the public. Foster’s Trail and Cottonbrook Road are currently closed, officials confirmed, and the landslide has affected about 20 acres of land, according to a statement by Walter Opuszynski, field recreation specialist with the Vermont Department of Forests, Parks and Recreation.

Opuszynski said about 650 feet of Foster’s Trail were lost.

Nobody was hurt in the landslide, and visitors can still get into the popular recreation area as normal from the Cotton Brook parking area in Stowe, but are urged to use caution and respect closures, said Elle O’Casey of the Agency of Natural Resources.

This spring’s rainy conditions are at least partly to blame for the landslide, said John Bauer, president of Friends of the Waterbury Reservoir.

He thinks the landslide started when a sand deposit was eroded away from the earth.

“I was actually paddling the reservoir yesterday and I was at the mouth of the Cotton Brook, and there’s this huge sand delta that is forming as a result of all of the material that is washing out and coming down the river, which is pretty incredible,” Bauer said Tuesday.

“This, I would assume, is a big sand deposit, and there was enough rain and erosion that it just broke loose.”

“This area is a unique natural community to Vermont. It’s these erosive clay bluffs associated with Cotton Brook,” which he described as “highly sensitive.”

“I think what happened is, with all the rain we’ve had, it got super-saturated and went loose. We’ve got geologists who just had a chance to get out there today and start their evaluation. They’ll have the actual word on what caused it,” Opuszynski said.

Bauer said the Waterbury Reservoir’s day use area still hasn’t opened for the season because of the cloudy conditions of the water, which make it unsafe for children and less seasoned swimmers, and he thinks the landslide will only worsen the problem and keep it closed for longer.

The landslide won’t affect construction work on the boat launches at the Waterbury Reservoir, since the slide is at a higher elevation, said Susan Bulmer of the Vermont Department of Forests, Parks and Recreation.

Bauer marveled at the size of the landslide.

“Coming across that big washout on the Cottonbrook end, it was like, wow, this is a lot of material coming down,” Bauer said.

Roger Murphy, president of Stowe Trails Partnership, says the landslide could be a setback, or it could be an opportunity.

Stowe Trails Partnership has been working with mountain biking groups in Killington, Waitsfield, Waterbury and Rochester to connect the Stowe and Waterbury trails in the Cottonbrook area.

“That Cottonbrook area is a vital off-pavement connection between the Waterbury trails and the Stowe trails, but (it’s) also part of a trail system called the Velomont Trail, which is in the process of being created that’s going to link Killington to Stowe, so we’ll be working with the state and doing everything we can to try and open that up again,” Murphy said.

He doesn’t know yet what Stowe Trails Partnership’s role will be.

“I think people are concerned, but they believe that the state recognizes the importance of the road. They’ve done some logging off that road in the past and it’s an important, well-traveled link between Waterbury and Stowe,” Murphy said. “I think people will be concerned but will also be willing to be a part of whatever they need to do to bring it online.”

He thinks the mountain biking community will rally to restore the area.

“When we suffered our terrible windstorm in November of 2017, it was really bad, but the town pulled together and our members pulled together,” Murphy said. “We got support from a whole variety of people. We were able to bring Cady Hill back online within a month or two of the season opening the next year.

“At first blush, this looks like a pretty big deal, but I think we’re pretty resilient and we understand that, as mountain bikers, we need to deal with natural events,” Murphy said.

“With 650 feet of trail washed down the mountain and the unstable slope, it’ll no doubt be a really long time before the trail is restored, if it’s even possible,” said Tom Jackman, Stowe’s planning director.

Waterbury municipal manager Bill Shepeluk and Jackman say that, since the landslide happened on state land, there isn’t much for the towns to do.

“Because it’s active, at some point, it’s going to reach stability. I’m not sure how long that’s going to take,” Opuszynski said, but until then, the area is closed.

“We’re definitely asking folks to respect it because it’s active, and I’d say unpredictable,” he said. “Once we have better information we’ll be assessing the situation and figuring out what direction to take in regards to opening up the Cottonbrook Road for recreation.”

Geologists continue to study a 2019 landslide in the Cotton Brook area that wiped out a hillside and dumped tons of material into the waterway, to learn more about what causes such swift change and destruction, and to hopefully better predict when and where such phenomena could happen again.