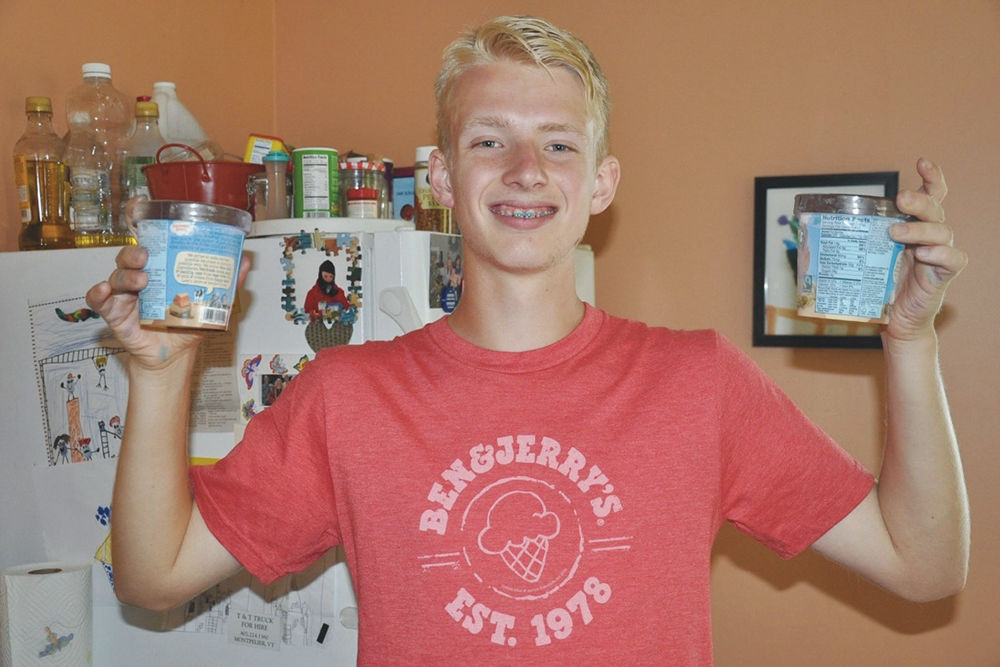 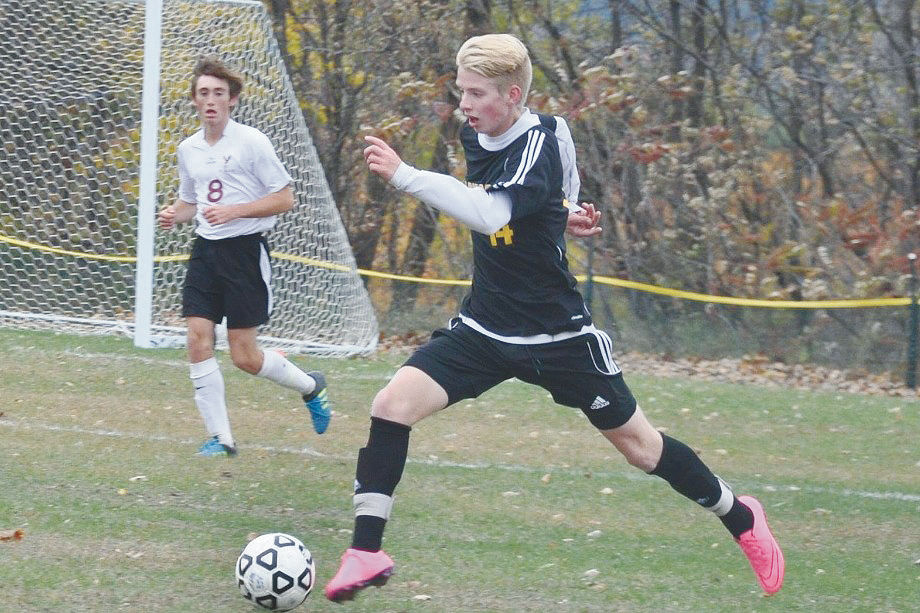 A fundraiser to memorialize a teenager whose life was tragically cut short is off to an excellent start.

On June 12, Colleen Ovelman launched an online fundraising campaign to install a memorial bench and start a scholarship program in the name of her son, Eli Brookens, who was killed in a car crash in 2016.

In late May, the Waterbury Select Board approved a request from town resident Chris Koliba — acting on behalf of Brookens’ family — to install a bench and plant a tree overlooking Dac Rowe Field.

“We have a location scoped out at the edge of the pocket park behind the library, overlooking the field and the mountain range,” Koliba said.

The location is fitting; Brookens was a gifted athlete, both on the soccer field and on the slopes as a skier. In 2014, he took first place in the Green Mountain Mile footrace through downtown Waterbury. He was also an honor student at Crossett Brook Middle School and Harwood Union High School.

“The town has been very gracious with their support,” Koliba said. “They’re going to be setting the foundation, and they will be bringing the bench inside during the winter to preserve it.”

Koliba said the family has been working with a woodworker to design the bench.

Brookens, 16, of was one of five students killed Oct. 8, 2016, when their car was struck by a wrong-way driver on Interstate 89 in Williston.

As of press time, the fundraiser had raised $7,305 toward a goal of $8,000 from 81 donors. All leftover money will be used to establish a scholarship for middle school students to participate in Crossett Brook Middle School’s ski-and-ride program.

“In Eli’s words, ‘When I’m not skiing, I feel like a part of me is missing,’” the fundraising page states. “The ski program at Crossett Brook Middle School made skiing a possibility for Eli. He felt a kind of peace on the ski mountain that he didn’t find elsewhere.

“We can think of no better way to honor Eli than to offer that to other children who might not get to experience it otherwise.”

“It will remove the lack of ability to pay for rentals and help cover the cost of instruction,” Koliba said.

On July 27, a ceremony to honor Brookens will be held at Dac Rowe Field, which will include planting the tree, dedicating the bench, and some soccer.

To donate, or for more information, visit bit.ly/elibrookens.

Celebrate the life of Eli Brookens