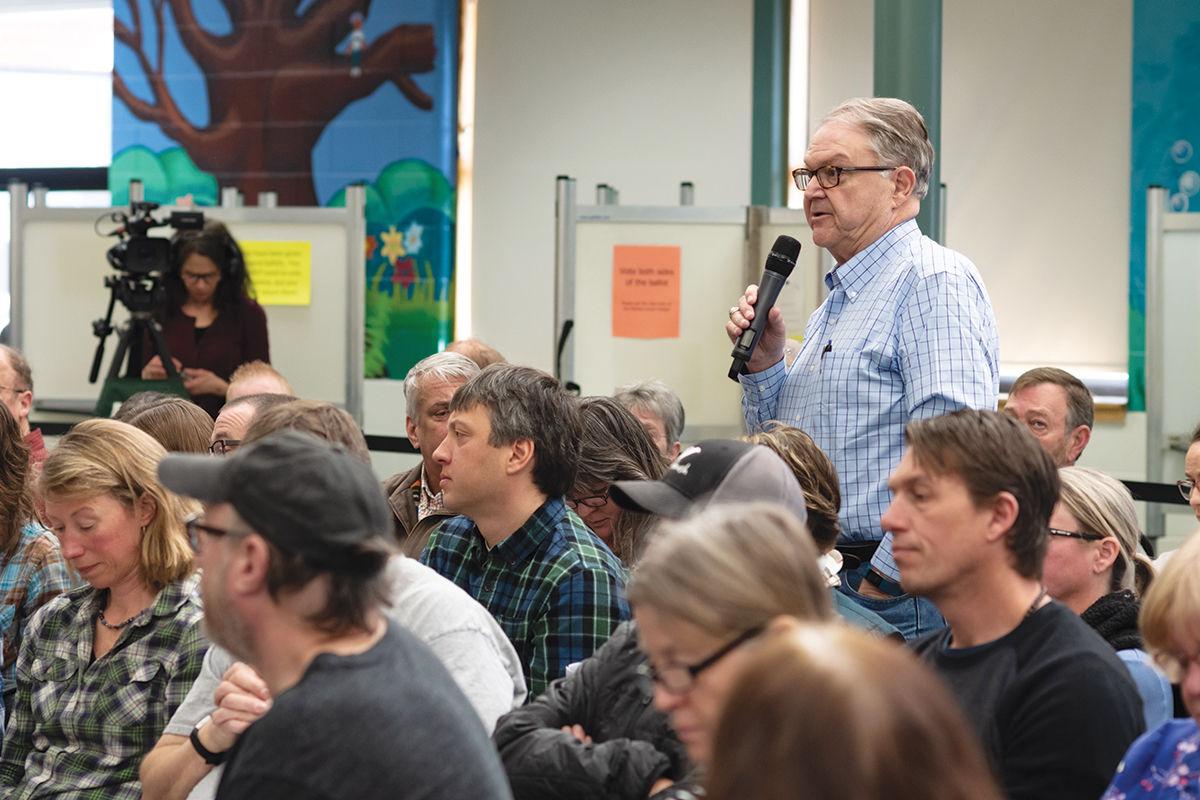 Dick Charland, who was on the Duxbury Select Board from 2006 to 2014, is getting back into town government after raising financial and management questions. 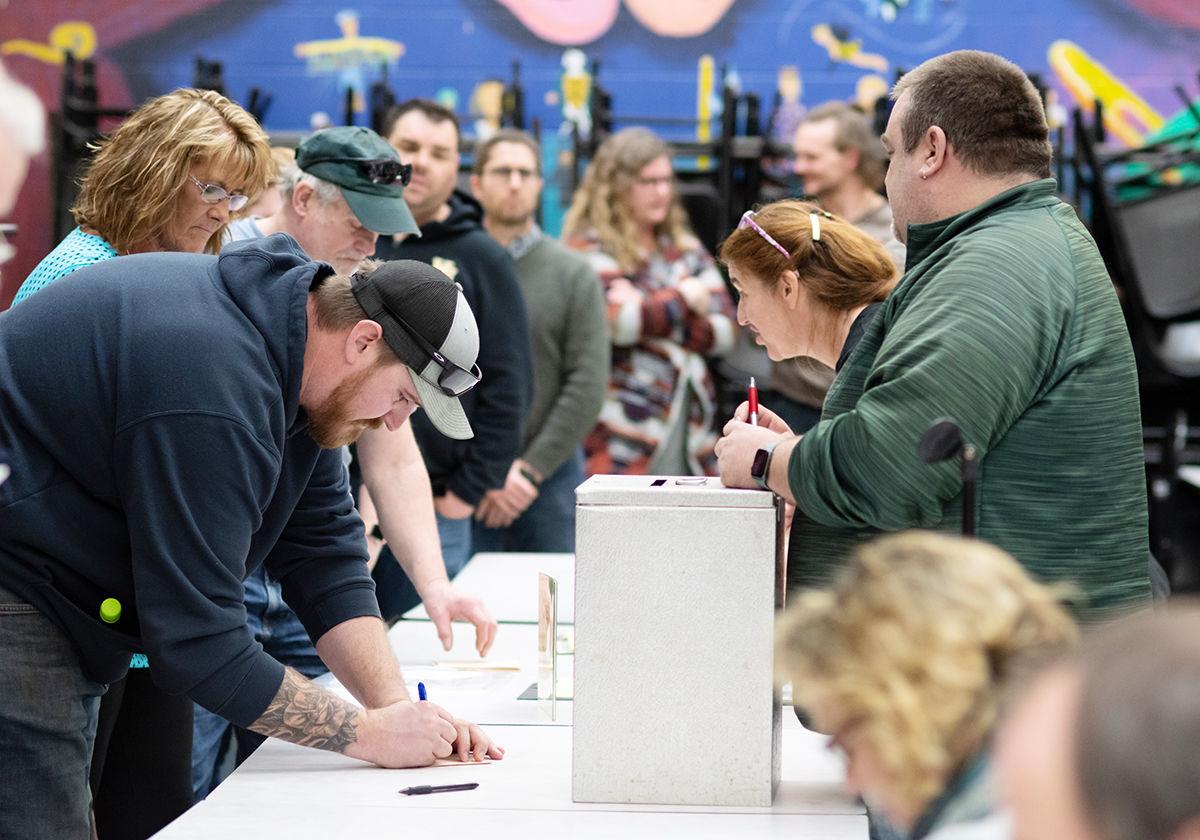 Dick Charland, who was on the Duxbury Select Board from 2006 to 2014, is getting back into town government after raising financial and management questions.

Voters elected a new select board member, approved a town budget proposal almost entirely intact, agreed that the select board can have a half-time assistant, and tried to make sense out of town budget deficits that run into hundreds of thousands of dollars.

About 120 of Duxbury’s 1,152 registered voters attended the annual town meeting.

After hours of deliberation and explanation, voters reduced the budget for the fiscal year that starts July 1, 2021 from $1,397,497 to $1,319,031 by trimming a proposed full-time assistant for the select board back to 20 hours a week, and removing a line item for a grant the town wasn’t awarded.

And a familiar face will return to the select board. Dick Charland, who was on the board from 2006 to 2014, got 53 votes out of 97 cast, outdistancing Tony Touchette and former select board chair Bob Magee.

The select board assistant’s job has been a bone of contention since townspeople discovered he was working twice as much as he’d been budgeted for.

This year, the select board proposed making the job full-time.

“Is it needed?” asked voter Marty Wells. “I question the position as a whole.”

“We were thinking we needed him full time; we found out we do not,” said Mari Pratt, select board vice chair.

“I believe this particular position was established to turn things around and help with the grant writing,” Mo Lavanway said, but he was concerned about what it became, implying the select board offloaded too many duties. “You chose to take the position; we don’t want to turn around and hire someone else to do the work for you.”

Torrey Smith, a former select board member, said she helped to establish the assistant’s job, and wants it to return to its intended purpose.

“What used to be able to be managed by five volunteers is just too much now,” she said. “We can afford that, and we can learn how to use that position well.”

‘A rough couple of years’

In a confluence of poor budgeting and flood damage, Duxbury had a town budget deficit of $156,611 in fiscal 2019 and a growing deficit of more than $300,000 for the current budget year, which still has four months to go.

The select board tried to clear up confusion about where the $156,611 deficit came from.

“You have to understand,” Magee said, “any board that comes on inherits stuff from the past.” He cited flood damage from April and May as large drivers in the deficit. The town accepted grants for these repairs, and most of the old infrastructure had to be replaced with bigger, more expensive installations because of new regulations from the state Agency of Transportation and Agency of Natural Resources.

“Lots of these things have a lifetime of four years,” select board member Jerry McMahan said of the grants. “As far as the actual deficit goes … we can either raise taxes to cover it or we can borrow to cover it.” But he’d rather pay up front to avoid accruing too much debt.

“I don’t want to borrow, because we’re going to have a rough couple of years,” he said.

“Unfortunately, the budget has been a little light in previous years,” Schillhammer said, but the new budget makes up for it. “We hope it will cover, more realistically, the expenses.”

Voters didn’t do much complaining about the deficit or the dismal financial outlook; mostly, they had questions.

Scott Woodward asked if the town had an outstanding debt.

It does, about $80,000, said Maureen Harvey, town clerk and now town treasurer. The state was going to reimburse the town for $270,000 of a $300,000 road reconstruction project, but determined it owed Duxbury only about $190,000 after road standards were updated. That has added to next year’s deficit.

And then there was the salt shed. The ragged structure where Duxbury keeps its road salt barely qualifies as a building, and it’s in violation of state regulations because its contents seep into nearby waterways.

The town has a grant to build a new one, costing taxpayers $70,000 of a project that will cost almost $360,000. A resident tried to lead a charge to cut that project, but after much deliberation, it stayed.

“Somehow we’ve got to cut this budget down,” Mark Morse said. “I can’t afford to pay a 50 percent increase.” He moved to cut the capital reserve deposit by about $40,000 and pass the budget.

Pratt found $42,000 in an unneeded line item — a grant request to completely overhaul the gravel pit that was denied. So that went to the capital fund, and that arrangement passed after lunch with little opposition.

Schillhammer, who’s returning to the select board, wasn’t sure if he’d run again until Tuesday morning. “It was the Vermonter in me,” he said, not wanting to give up on the town. “My dad would have been disappointed.”

Garcia was also on the fence about staying on the board, but decided that “I’ve done my part getting us into this jam, and I’d like to do my part to get us out of it.”

Charland, Touchette, and Magee were nominated for the third seat, and the votes were 50, 33 and 18, respectively. Charland was just shy of a majority, but got it in the next round with 53 votes.

Charland has been raising questions about how the town was being run — why the select board assistant was working over budget, the situation with grants, why questions aren’t being answered clearly.

“I was fortunate and unfortunate to be here through Tropical Storm Irene,” he said after being nominated. “All I can do is bring all my experience from the past and help to solve this problem.”

Pratt said after the meeting that Charland’s a veteran in town government, and “I think he’ll be a good asset.”

“He was on the board for Irene,” Garcia said. “He knows what pool he’s jumping into.”

After months of acrimony with district officials, parents and taxpayers unhappy with proposed changes went to the polls and defeated the propo…