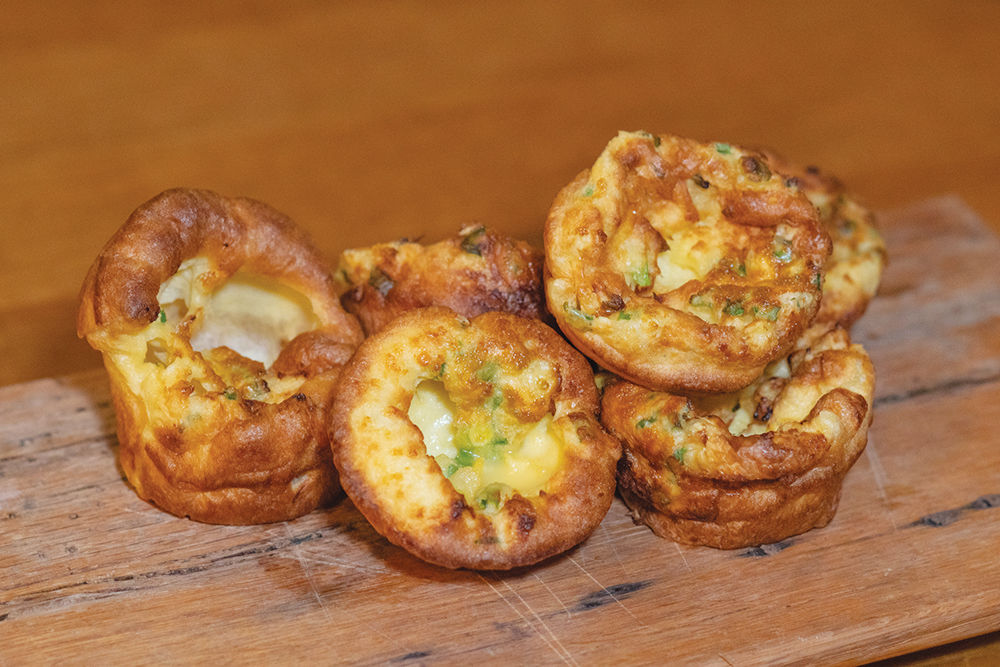 These tasty Yorkshire pudding cups are sophisticated, yet easy to make. 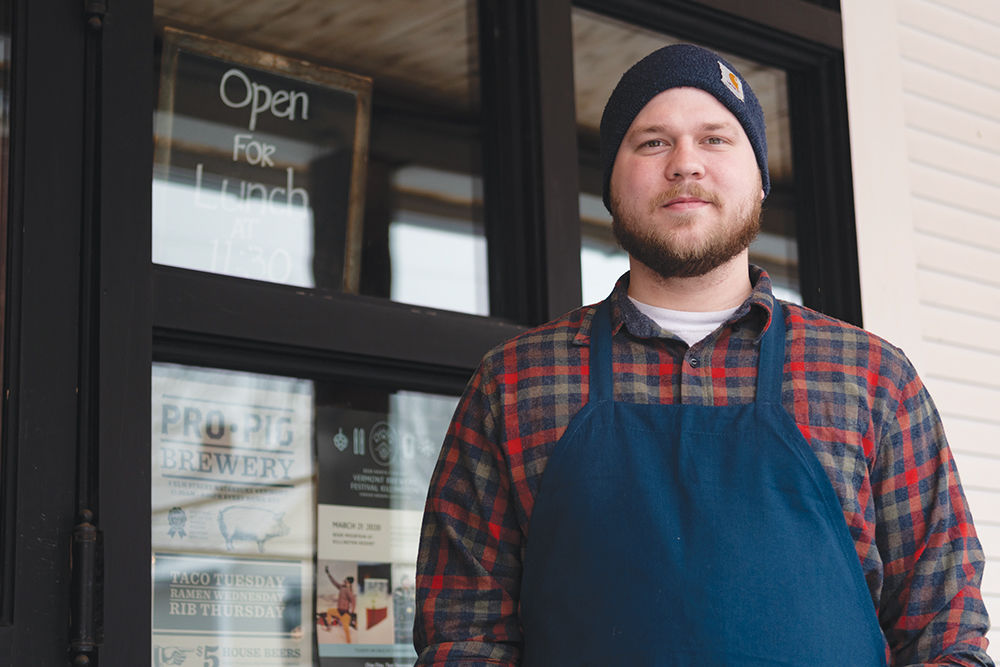 Trent Endres is the chef at the Pro Pig Brewery, and will be the chef at Black Flannel Company in Essex when it opens next year.

These tasty Yorkshire pudding cups are sophisticated, yet easy to make.

Trent Endres is the chef at the Pro Pig Brewery, and will be the chef at Black Flannel Company in Essex when it opens next year.

Thanksgiving is a holiday of tradition. Family and friends come together and gather around the same staples every year: mashed potatoes, stuffing, a medley of veggies and, of course, the turkey.

Every Thanksgiving dinner host feels some pressure on what’s the foodiest holiday of the year, so the Waterbury Record asked a professional for advice.

No one should feel any pressure to try to reinvent a family’s Thanksgiving comfort foods, says Trent Endres, the chef at Pro Pig Brewery in Waterbury.

“A lot of people try to fix things that are not broken. There’s certain things you can do to elevate your Thanksgiving meal, but there are certain things that don’t need to be changed that I think are just delicious American classics.,” Endres said.

Endres offered advice on avoiding common mistakes, mentioned two “trashy” guilty pleasures, and provided a recipe for the table and another for the inevitable leftovers.

Endres was born in Indiana, grew up in Shaftbury, Vt., and started cooking in his mid-teens. He started a job as a dishwasher, “but the cook wasn’t there, so I got bumped up to the line on the first day,” Endres said.

And he kept at it, enrolling at the New England Culinary Institute, interning in 2014 at Breslin, a Michelin star English restaurant in New York City, and returning to Vermont in 2015 to graduate and begin cheffing. He worked for City Market and Hen of the Wood before moving to the Pro Pig Brewery, where he refined the menu and eased the transition when the ownership changed in 2018.

Now, Endres is looking forward to his next big dish: executive chef at the Black Flannel Company brewery and distillery that opens next spring in Essex. He plans for a menu inspired by English, German and French-Canadian pub foods with a fine-dining flair.

“There needs to be a mix of class and trash,” Endres said.

His advice on the turkey: Don’t cook it whole.

“Every time, that’s going to be dry, because every part cooks at a different temperature,” Endres said

He suggested people remove the turkey’s spine and lay it flat on a wire rack over a sheet tray at 325 degrees. That will help the bird cook evenly, keeping every bit of that double-digit-pound bird tender and moist.

If you do choose to cook it whole, don’t fill it with stuffing because “it never actually comes to a proper temperature,” he said, “What you’re doing is taking stuffing and essentially soaking it in bacteria.”

Cranberry sauce? Avoid the canned. “It’s easy enough to take fresh cranberries, a splash of lemon juice and salt, and that’s it. Just cook em down till they’re mush.”

The green bean casserole is almost a cliché, but it’s just fine: Blanch some green beans, mix in a can of heated cream of mushroom soup, and top it with store-bought crispy onion.

Thanksgiving sweet potatoes: The canned version is fine. Just cook the potatoes, add butter and salt, spread them in an oven-safe pan, and top them with marshmallows. After a few minutes at a low broil, the marshmallows will be golden brown and the potatoes sweet and delicious.

Endres suggests eggy, fluffy Yorkshire pudding to complement a Thanksgiving feast. They’re savory cups that can double as vessels for your veggies, mashed potatoes and turkey.

“Stuff those bad boys with all the goodies,” he said.

1 and a half cups milk

1 and a half cups flour

In a large mixing bowl, whisk flour and herbs with a couple of pinches of salt. Then add the eggs and milk, but don’t overdo it. Too much whisking will make the batter too firm.

Let the batter sit at room temperature for 30 minutes.

Preheat oven to 400. Preheat the muffin try, then add a spoon of oil or fat to each cup. If the fat smokes a little, the tray is hot enough.

Fill half of each cup with the batter. Cook 10-12 minutes until each pudding is golden brown.

The puddings will deflate; don’t worry, they’re supposed to.

Wait for the puddings to cool, lift them out with a fork, and serve them fresh.

For leftovers, this soup incorporates stuffing and turkey in a light and comforting classic.

Half an onion, diced

A splash of olive oil

Matzo meal to your preference, one-fourth to one-half a cup

In a mixing bowl, mix the stuffing and egg. Add matzo meal until the dough is dry. Add splashes of seltzer and incorporate until it’s firm yet wet to the touch. Using a melon baller, create uniform balls of dough and set aside.

Bring a large pot, at least 4 quarts, to medium heat.

Add oil and, when hot, add carrot, onion and celery. Cook till the vegetables sweat, then add stock. Bring the broth to a boil and return to simmer.

Add the turkey and matzo balls. Cover and simmer for 5-7 minutes, or until the matzo balls float.

To finish, add a splash of lemon juice, and salt and pepper to taste.

After a school bus carrying 24 students slid off a snowy Moretown road, it took school officials more than a day to paint a full picture of what happened and the severity of the accident.

If you use a wooden stick to stir the cream into your coffee at the Green Mountain Coffee Roasters Cafe or at Billings Mobil in Waterbury, that stick might become part of a historic building.

Duxbury’s select board members were floored in November when they learned they had a $156,000 deficit in the 2019 budget. They considered many places to cut spending, even including their fire-protection contract with the Waterbury Fire Department.

Four seats up for grabs on Harwood Union board

When it comes to the business and policy of the Harwood Union school district, there is no shortage of people who think they know better than the members of the school board.