You are the owner of this article.
Edit Article Add New Article
You have permission to edit this article.
Edit
Home
News
Sports
Opinion
Community
SCENE
Calendar
Special Publications
Marketplace
Classifieds
Contact Us
1 of 8 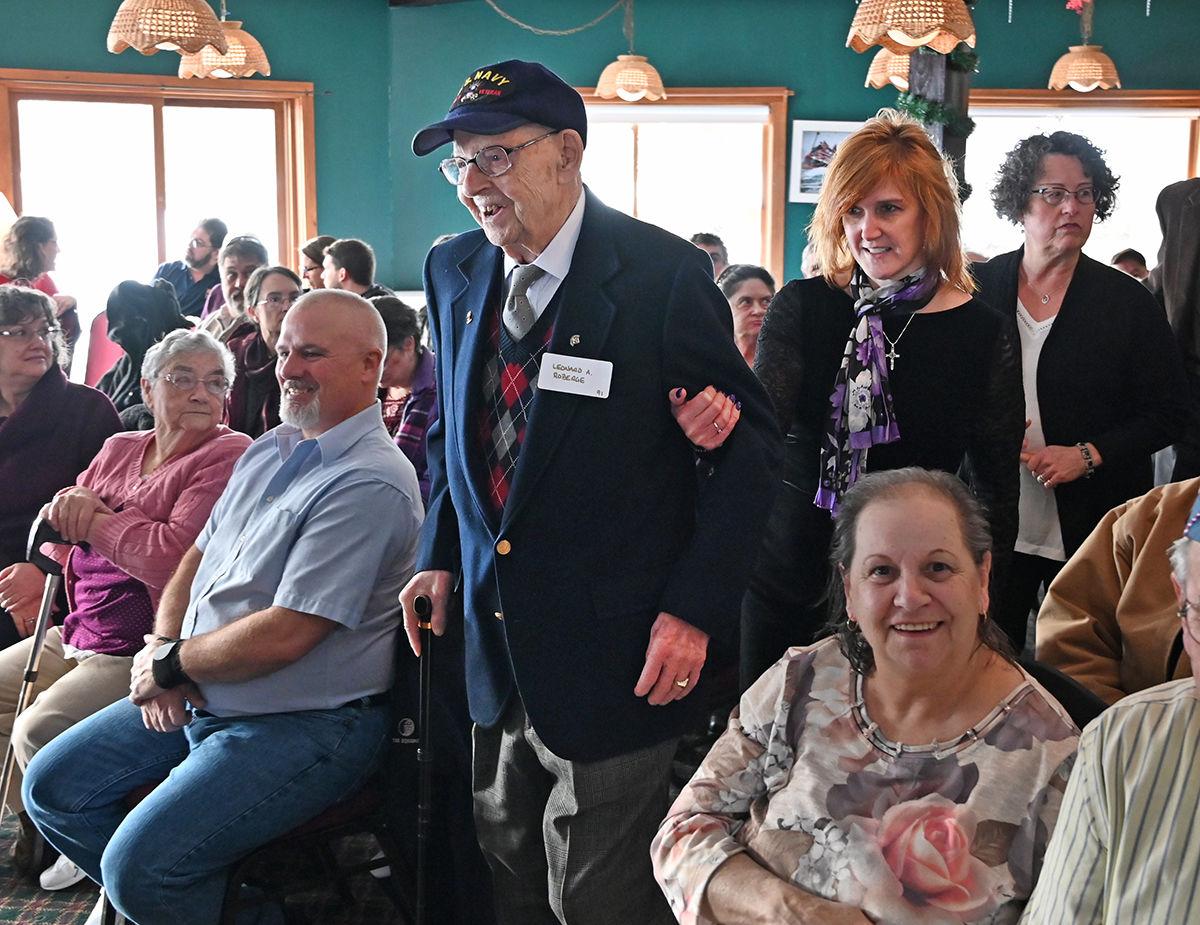 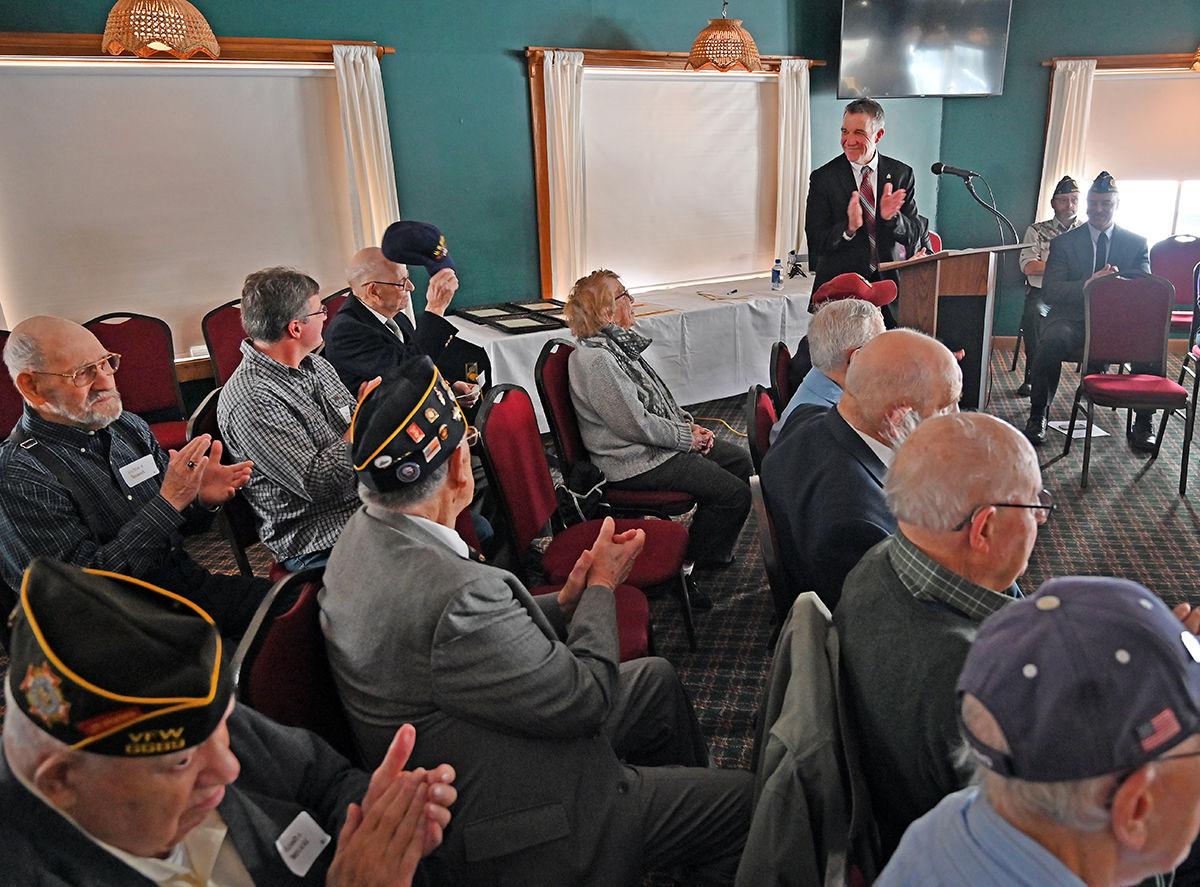 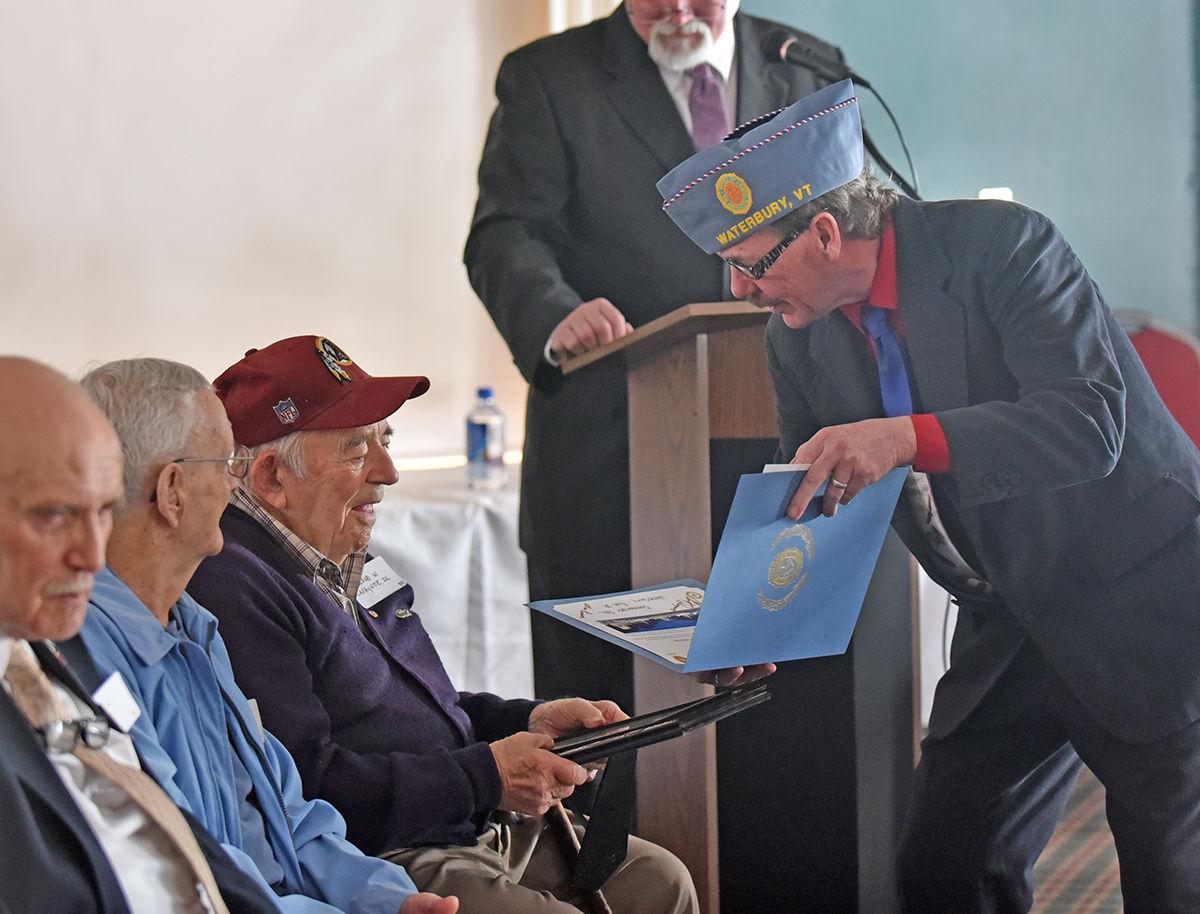 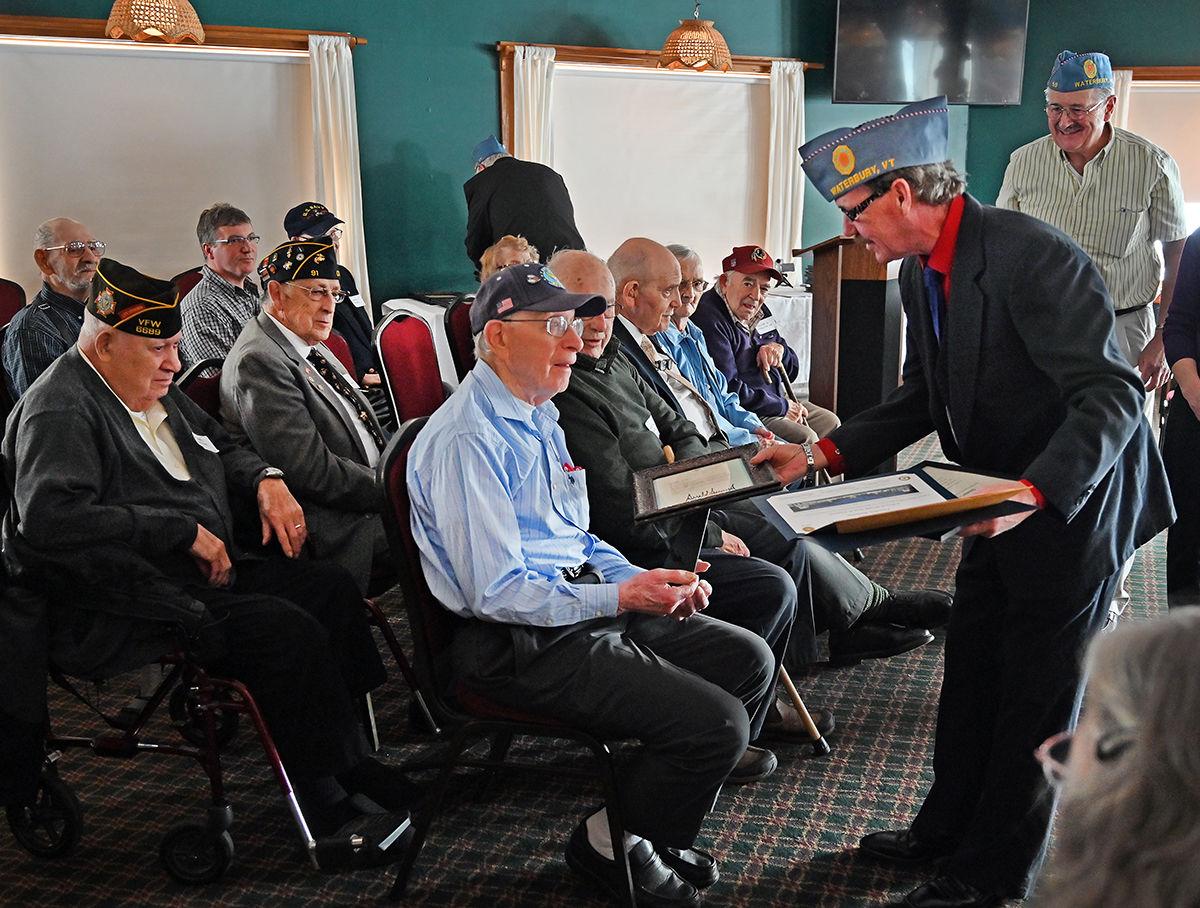 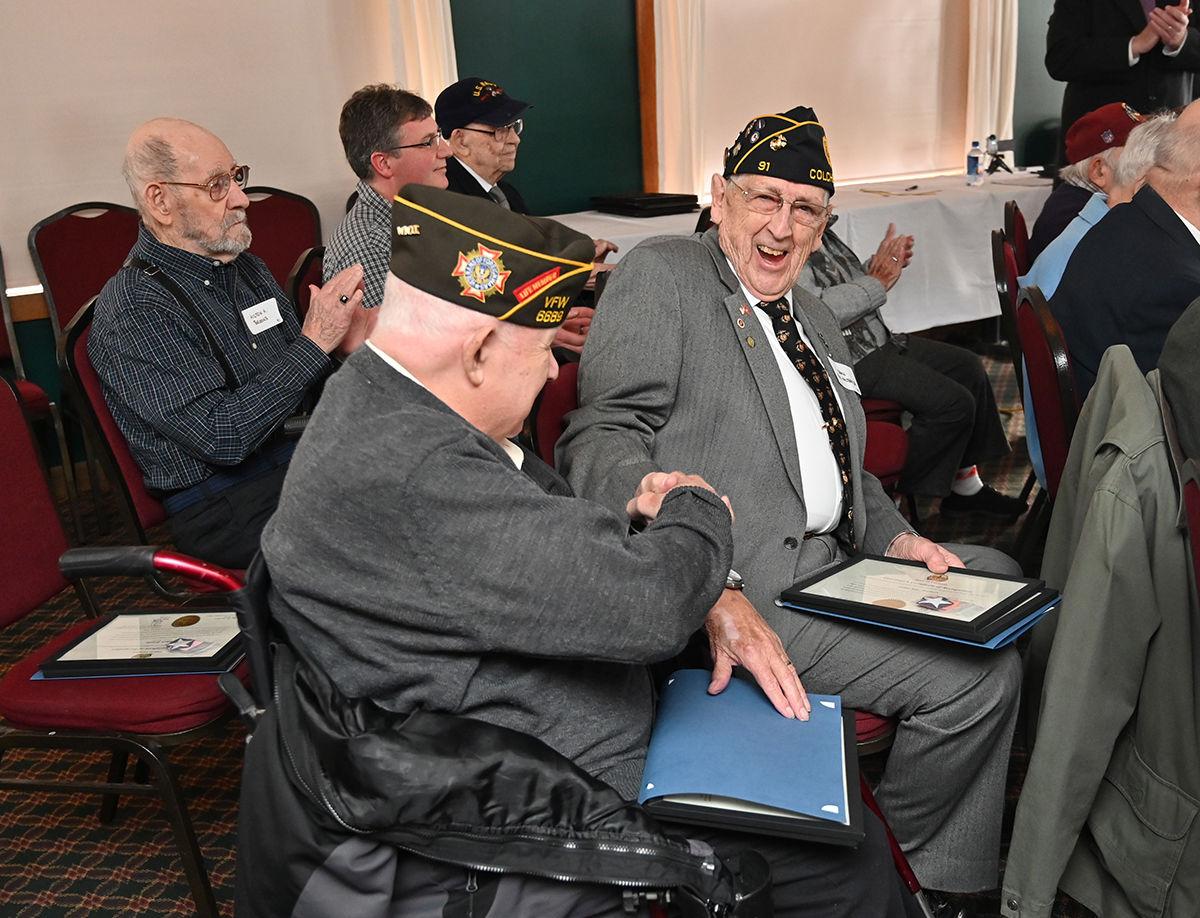 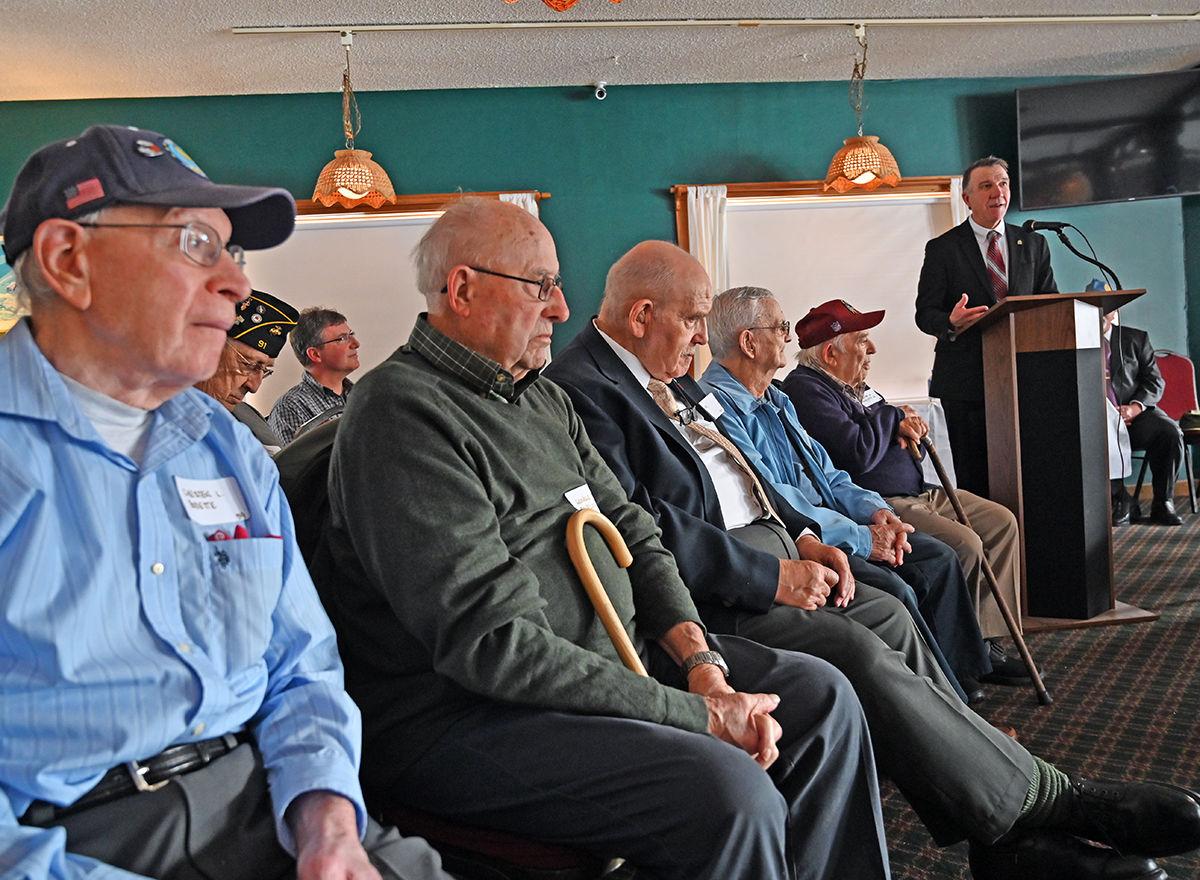 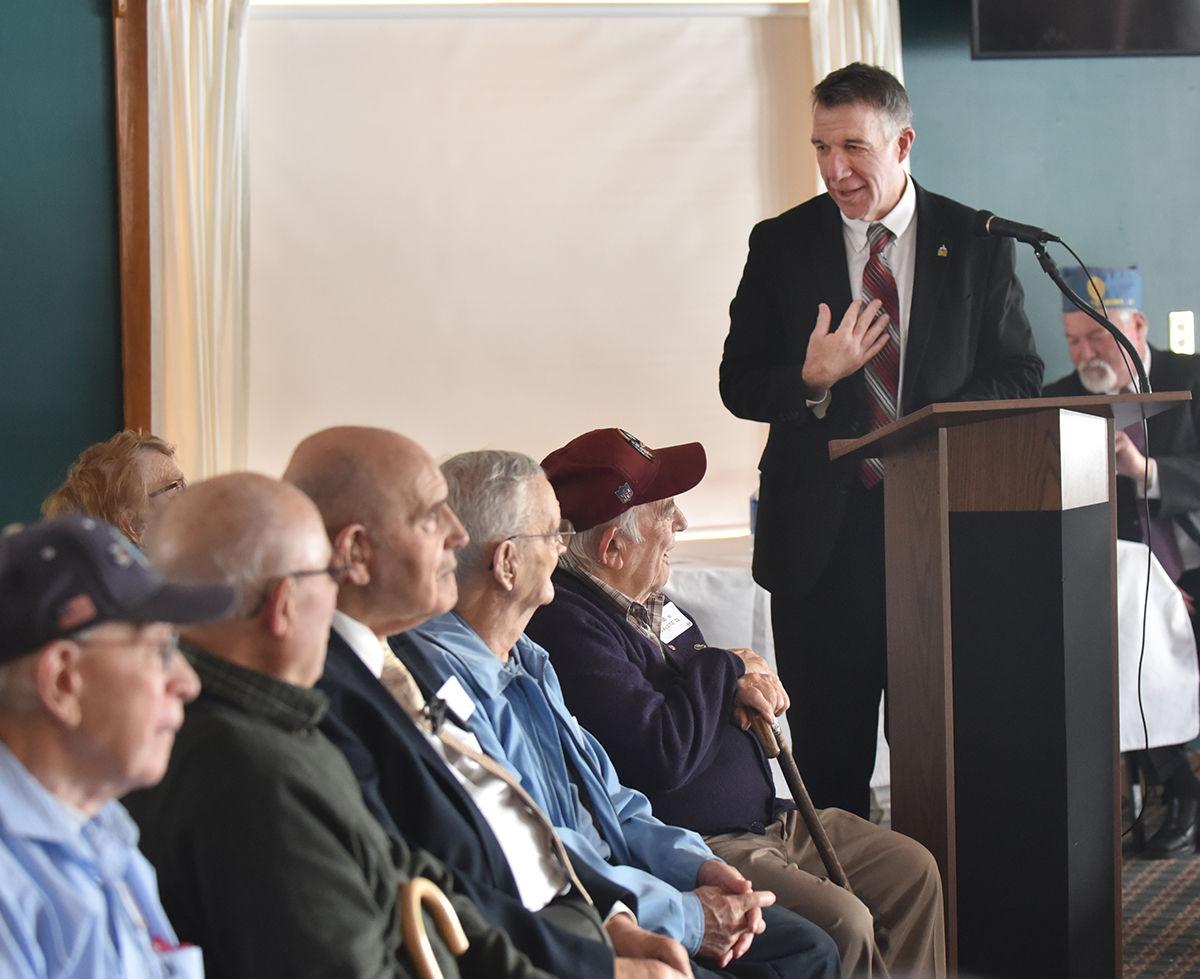 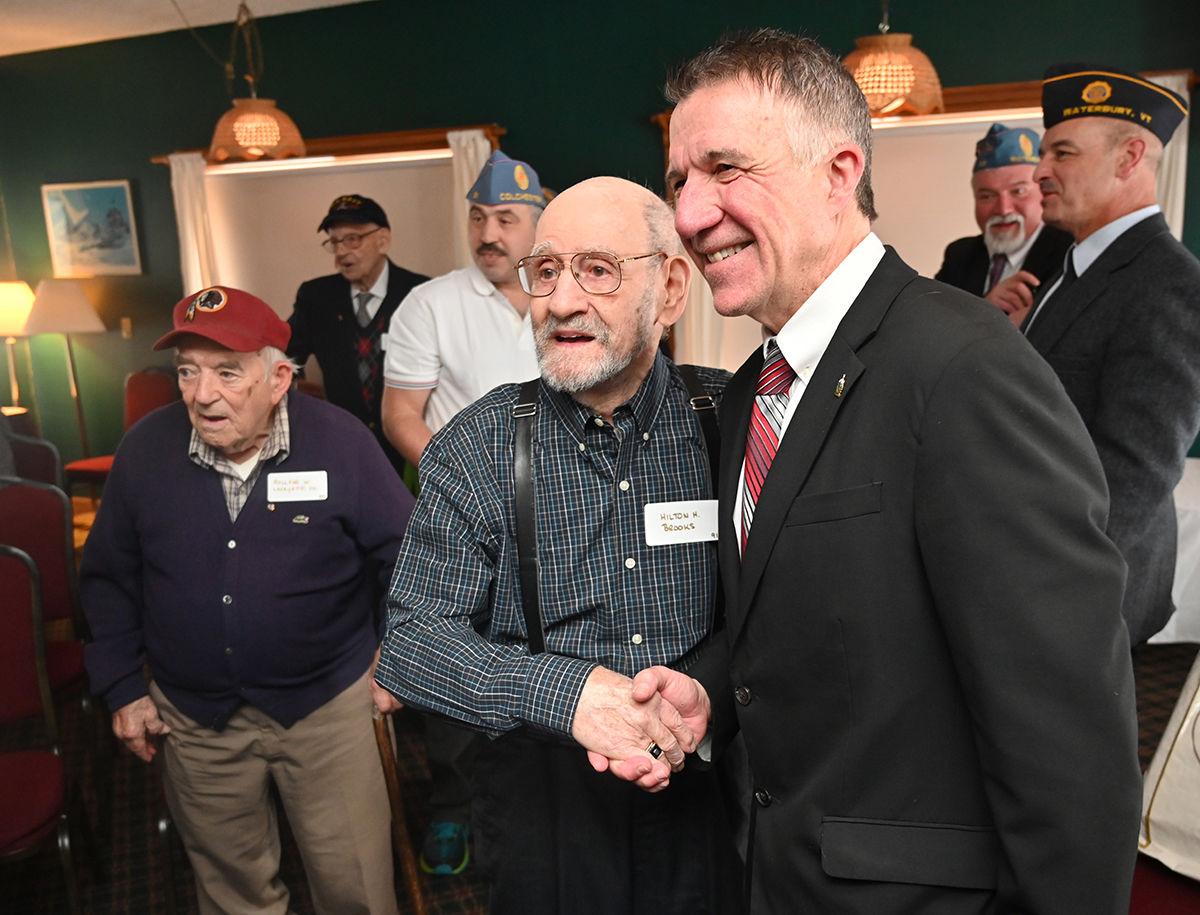 World War II ended 75 years ago, and a diminishing number of its pilots, soldiers and sailors still live among us.

These patriots are the last of the Greatest Generation, who saved the free world and ushered in a great period in American history. The nation owes them a great debt, and a small measure of that gratitude was offered at a ceremony last Friday at the Commodores Inn in Stowe.

Clement Topo Despault, commander of the Sons of the American Legion at Waterbury Post 59 and organizer of the event, read a letter from Trump, and he and the governor and other American Legion representatives also spoke.

“It all started with a hat,” Despault said, explaining how a simple raffle of limited-edition hats to benefit the veterans spun into Friday’s event. He contacted Scott and asked him to write a latter for veterans. Scott agreed, and suggested Despault ask for the same from the president. He did, and the White House obliged.

Each veteran received an individualized letter of appreciation, and Despault read the letter from the president.

“Today’s ceremony is an opportunity to honor our military members, and their families, for their immeasurable sacrifice and valiant service,” it said. “As commander in chief, I join you and a grateful nation in saluting these patriotic men and women.”

Scott spoke next: “We can never fully repay our debt to those of you who served in World War II. You, literally, saved the world.

“My father, like many of you, was a member of the greatest generation,” he said. His father lost his legs when his tank hit a land mine during the European campaign. Scott was 11 when his father died from complications, and said he has a deep admiration for the sacrifice his father made, and the sacrifice his family and other families make when a loved one serves in the armed forces.

“You truly are heroes,” Scott told the veterans. “You set an example for all of us, and you did it out of dedication and commitment to service and duty. You never asked for praise, you haven’t asked for credit; you stood up because it was the right thing to do. And, for that, we can never do enough to honor you.”

The veterans were noticeably moved as they received their honors. The camaraderie was clear, as they looked at one another with mutual respect as the awards were presented.

“I’m proud of you,” Basiliere said to Walters as he stood up to receive his letters.

“I’m proud of you, too,” Walters replied.

“You brought back so many memories,” Millhouse said as she received hers. “They’re very good.”

After the ceremony ended, the crowd mingled with the heroes of yore, many expressing their gratitude. In the back of the room was a 500-pound Mark 65 bomb — inactive, of course — and many of the veterans added their signatures to the 50-plus names already on the bomb of those who served in the last world war.