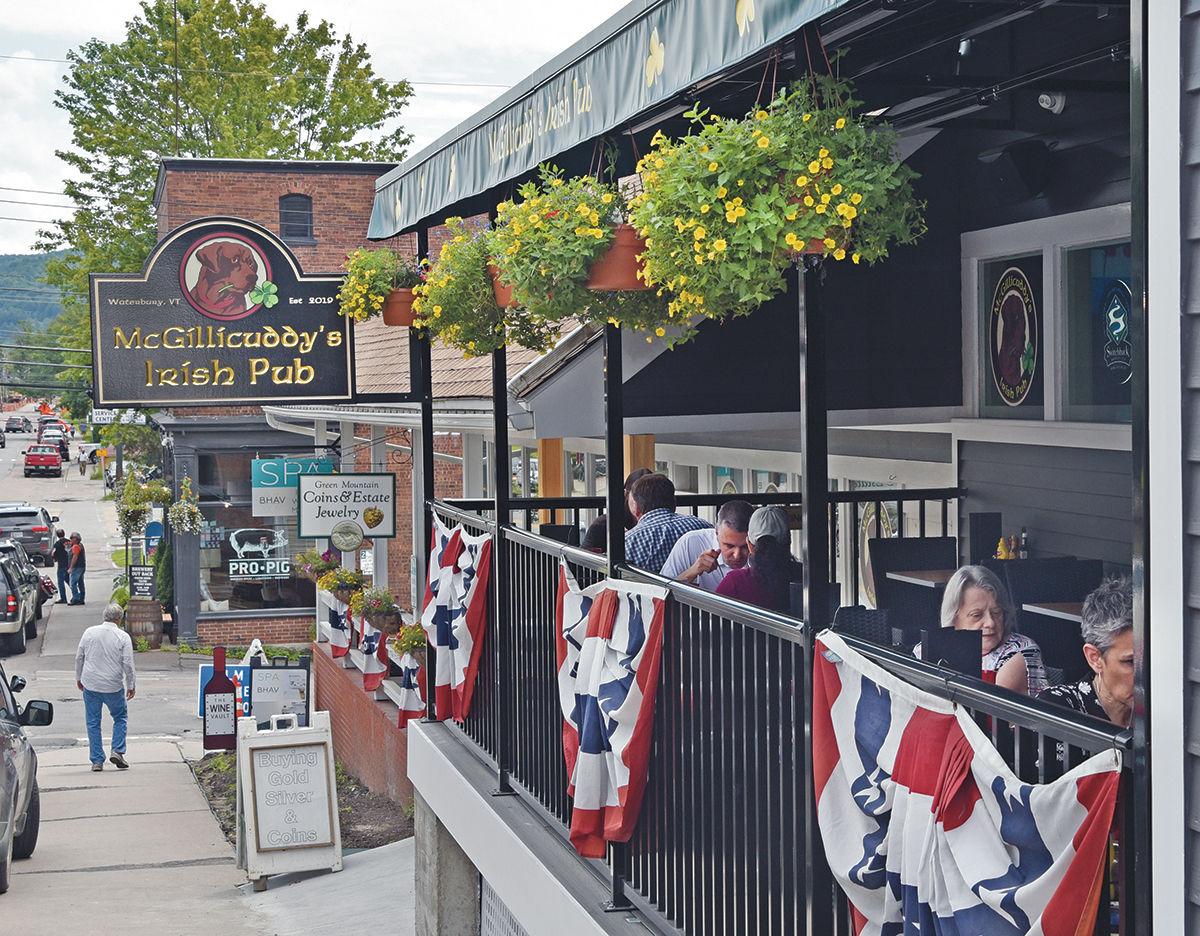 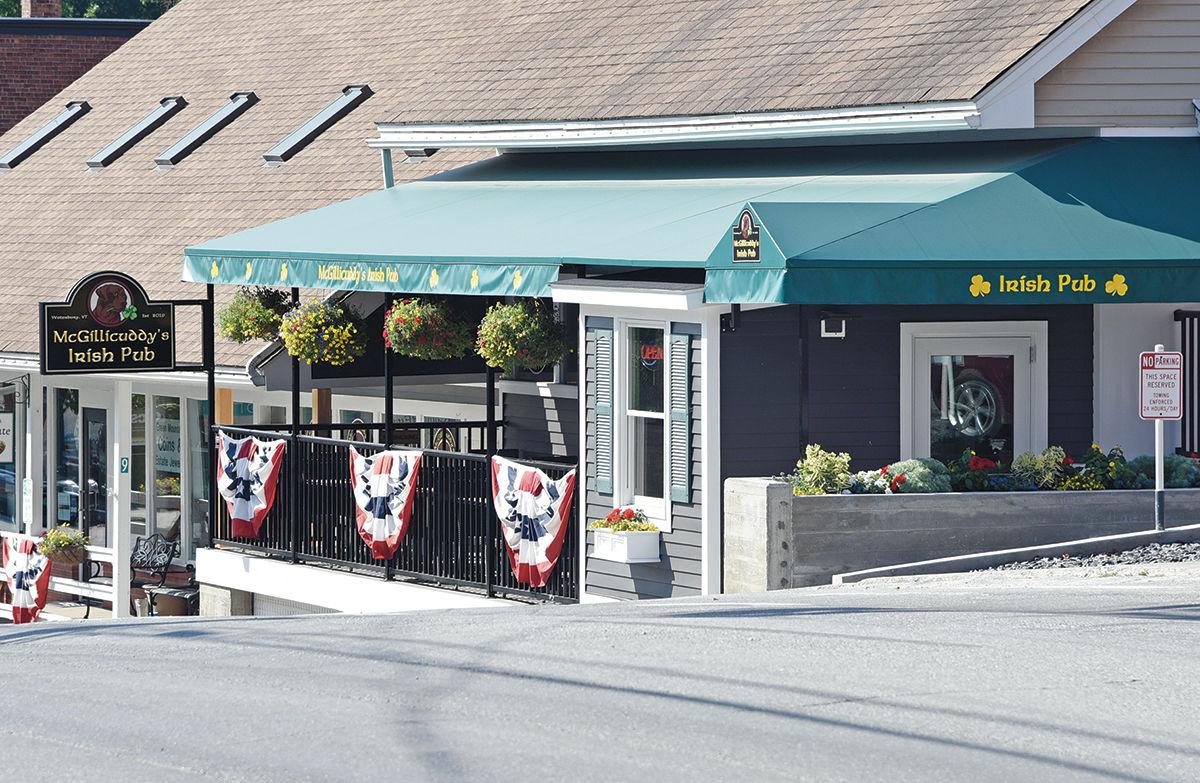 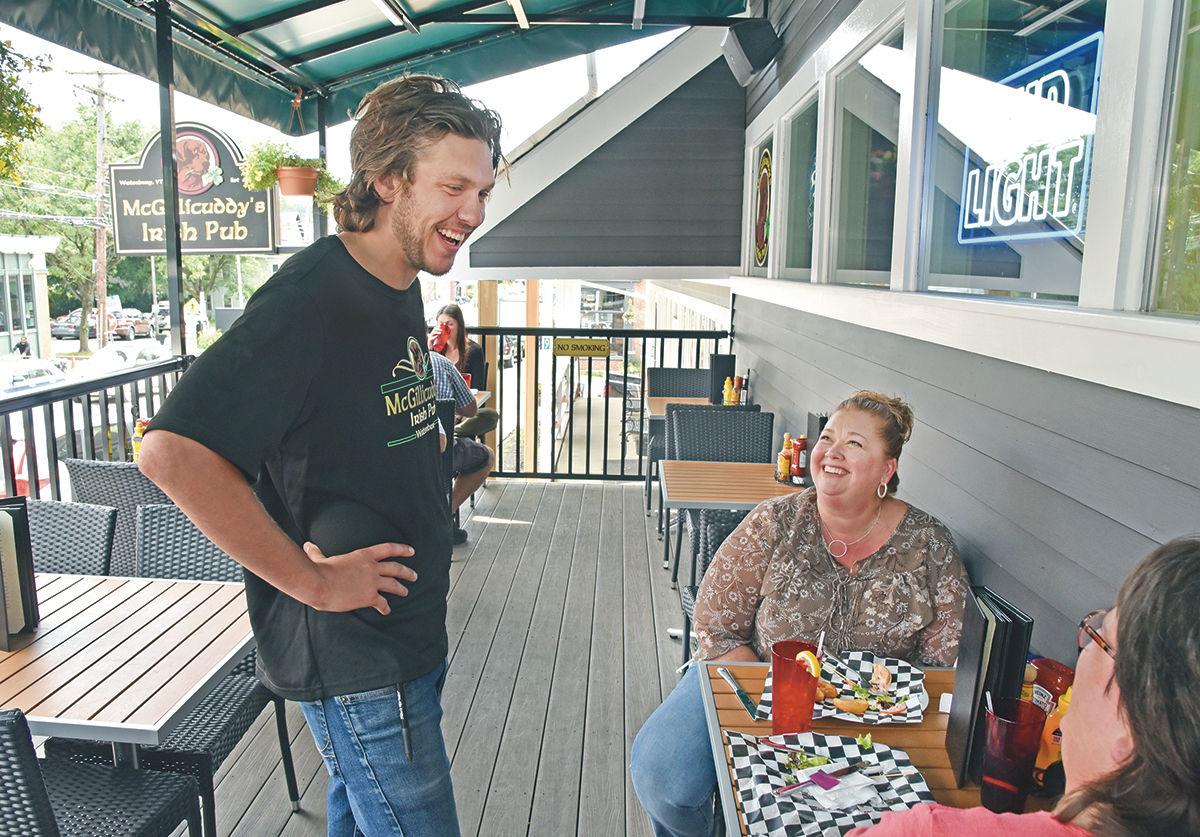 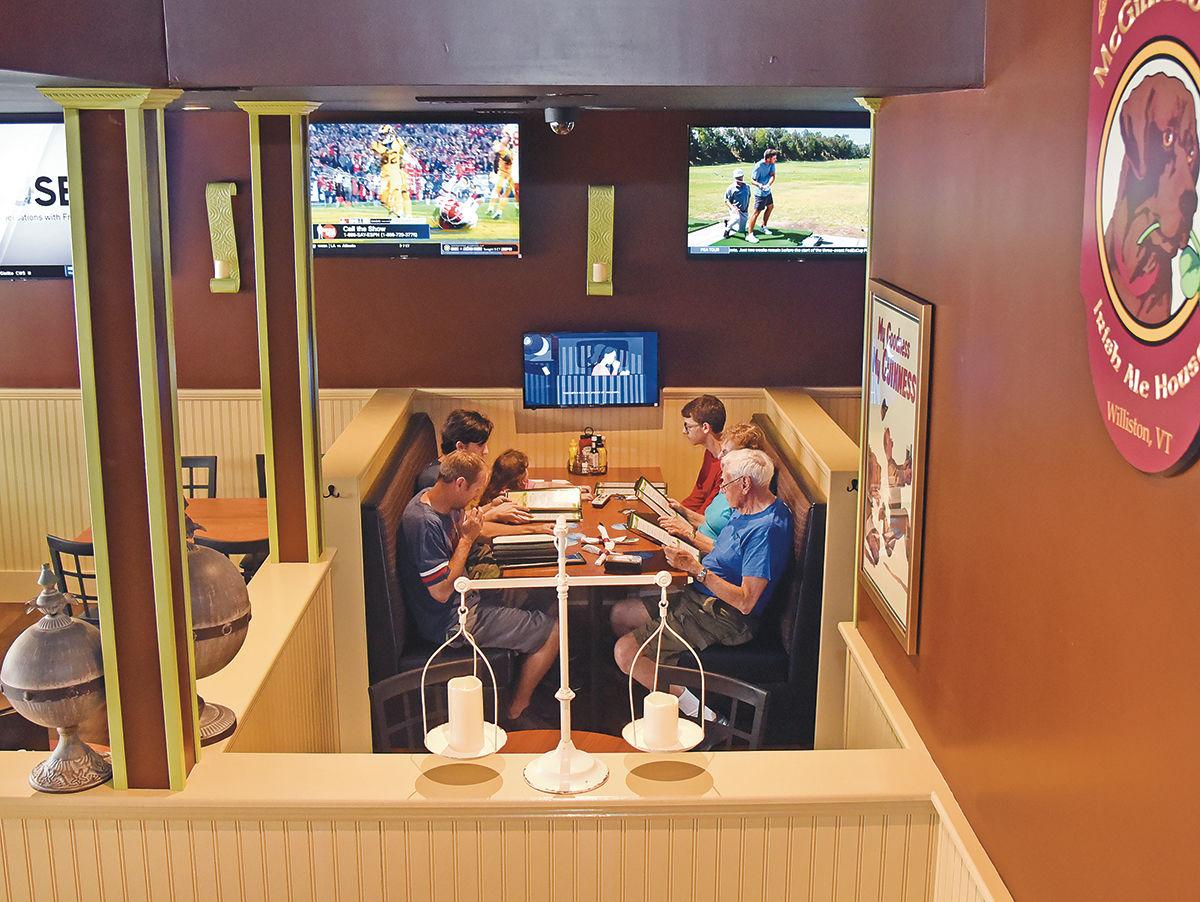 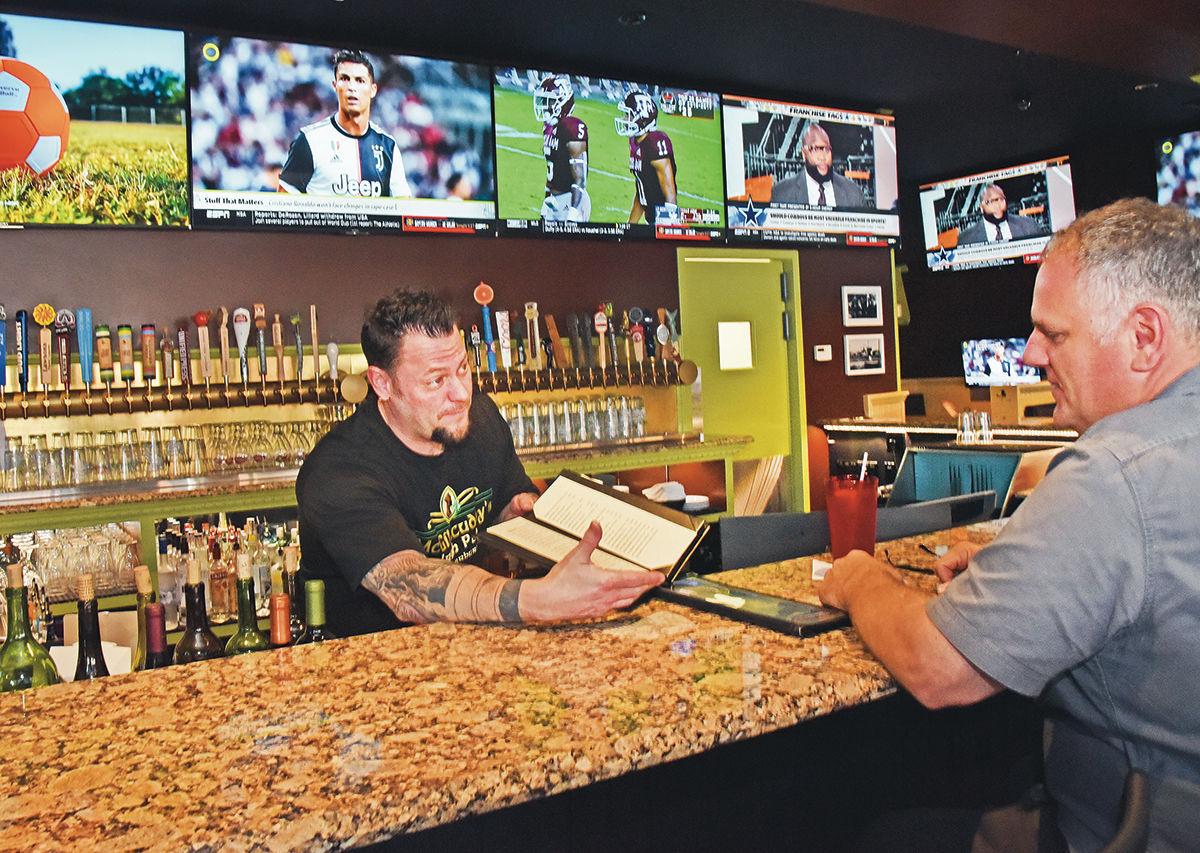 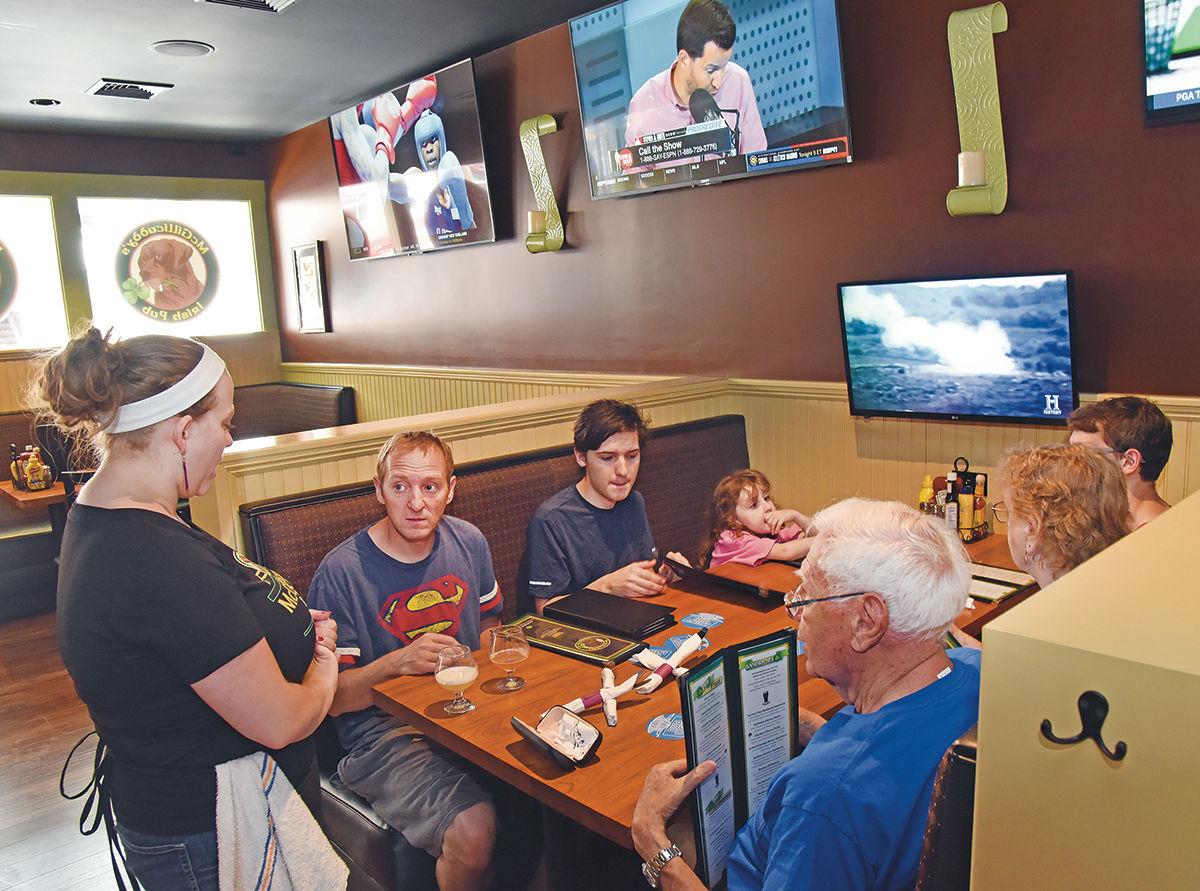 Waterbury has yet another place to get a burger and a beer — but for sports fans it’s the only one with 28 TVs.

The deck is complete and the doors are open at McGillicuddy’s Irish Pub, located at 3 South Main St. and offering food from 11 a.m. to 11 p.m., seven days a week.

“Our interior work had been done for a while, but the outside work, with drainage and whatnot, took a little bit longer,” said owner David Nelson.

Currently, Nelson owns Mulligan’s Irish Pub in Barre and three McGillicuddy’s sports bars in Chittenden County. In 2017, he sold his McGillicuddy’s location in Montpelier, and with the opening in Waterbury, he once again has a McGillicuddy’s in central Vermont.

Nelson’s newest restaurant occupies the space that was home to Arvad’s Grill & Pub for nearly three decades, and for a short period of time, Allium.

When Allium moved into the space, the owners painted over one of two large murals by local artist Sarah-Lee Terrat, angering many people in the community. The mural, painted in the early 2000s, depicts a fictional gathering of famous Vermonters throughout the state’s history, from Calvin Coolidge to Bernie Sanders.

In a sign of goodwill, while Nelson was renovating the space, he allowed Terrat and former Arvad’s owner and current building owner Maryanne Larkin to restore and remove the upstairs mural.

The newly renovated space offers 90 seats inside — able to accommodate groups as large as 15 people people — and another 28 seats on the deck. With 28 televisions, it will be a popular place to be on Sundays during football season.

With Blackback Pub, the Blue Stone, Prohibition Pig and the Reservoir Restaurant and Tap Room, Nelson acknowledged there is no shortage of downtown restaurants that offer a burger and pint.

“We like competitive situations,” he said. “Competition makes us all better.”

Nelson said he is always looking to hire staff, both for the kitchen and the front of the house.

“We are always looking for good people,” he said. “If we can’t use them here, we can use them somewhere else.”

A beloved local piece of art is receiving a full restoration and will soon find a home that befits its historical significance.