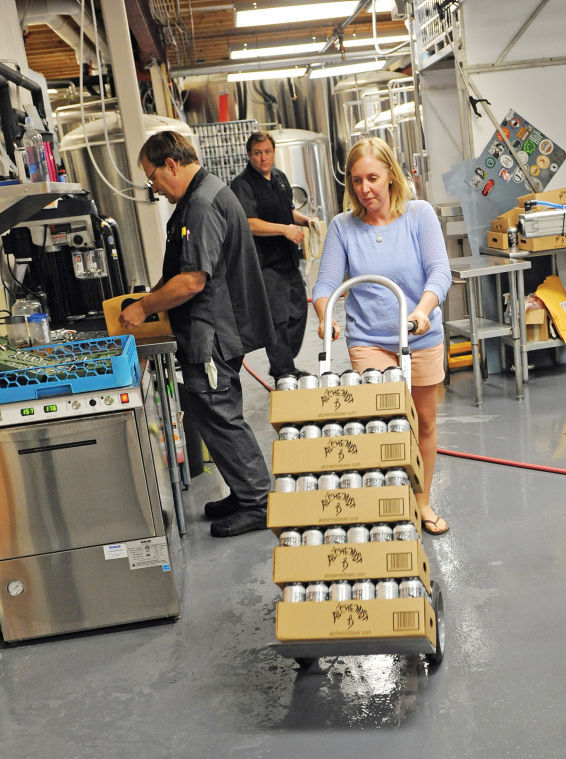 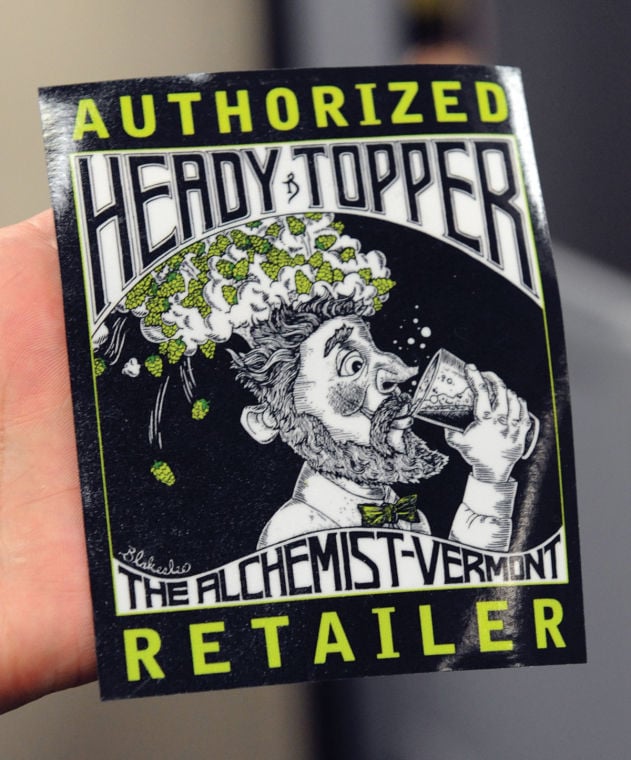 Coveted the world over, but available only within 25 miles of Waterbury, a silver can full of Heady Topper is now a kind of Holy Grail among serious beer lovers.

That level of demand is a recipe for black market sales, and a lot of strange phone calls to The Alchemist brewery on Crossroad. One recent caller complained about having to pay $18 for one can of the hoppy India Pale Ale (IPA) at a beer bar in the D.C. area. Another said the four-pack he bought on Craigslist and had shipped to him in California doesn’t taste like it should.

“From the beginning, we had some of that going on,” said Jen Kimmich, who co-owns The Alchemist with her husband John. “But now we hear about it a lot.”

The brewery has never sought to win customers outside of Vermont, she said. The cult following developed on its own, by word of mouth and through crowd-sourced ratings websites like BeerAdvocate.com.

Recently, increasing reports of out-of-state sales led the company to develop an “authorized Heady Topper retailer” sticker. It was released to the brewery’s 132 official re-sellers earlier this month and can now be seen in the window at pubs and restaurants from Warren to Winooski, as well as grocery and liquor stores, including Waterbury Village Market and Stowe Beverage.

The Kimmichs are not worried about the thousands of beer tourists who make the pilgrimage to Waterbury. They are just trying to strike a balance between having the beer on hand for local customers and serving the visitors, who also bring business to restaurants and hotels in the area.

The Alchemist places a two-case limit on the amount of Topper an individual can buy at the brewery. But, often, one enthusiast will bring a spouse or a friend, or several friends, and each buy the maximum amount. Many visitors also hit up stores in the surrounding area to try to find more. Most are beer aficionados who drink what they buy while visiting, or they drive home with a trunk-full to share, maybe selling them at cost to friends or co-workers.

But some of the most avid buyers are on a more commercial mission. They re-sell cans to out-of-state bars or restaurants. Or they have an eBay account advertising packs of beer that can be shipped “anywhere in the country!”

Both are illegal activities, though that is not what concerns the Kimmichs. It is still a small amount of beer. Plus, there is no way those people are making much money on the transaction, Jen Kimmich said. The problem is that re-sale, either because of the exorbitant price or the degraded quality, presents the beer in a negative light.

“We do want to cut back on the black market sales if we can, but our main concern is making sure the quality is good,” she said.

Heady Topper tastes as good as it does because the beer is made in small batches, sold very fresh and remains refrigerated from the moment it is canned. Those conditions can only be guaranteed with authorized retailers, Kimmich said.

Heady Topper’s runaway success suggests to the Kimmichs that other small breweries should focus on making a similar kind of product. “I really think there is a need for fresh, unfiltered IPA that is accessible year-round,” Jen Kimmich said.

The brewery stepped up production following an expansion this winter and isn’t planning any more growth. But it still can’t make enough of its signature Heady Topper to keep up with demand. The beer is usually sold out of packs onsite by the end of the day on Friday. And, even within the 25-mile sale radius, there are still 30 retailers on a waiting list to become an “authorized retailer.”

“It’s hard for us to believe it,” Kimmich said. “It has this momentum that just doesn’t stop.”

Check out the most-viewed articles of 2014 on Stowetoday.com! From new restaurants and closed hotels to the Olympics to ghost stories and, of …