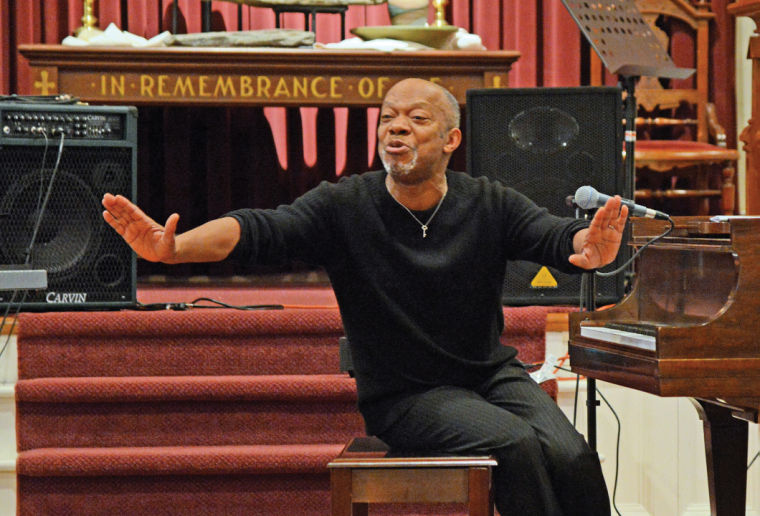 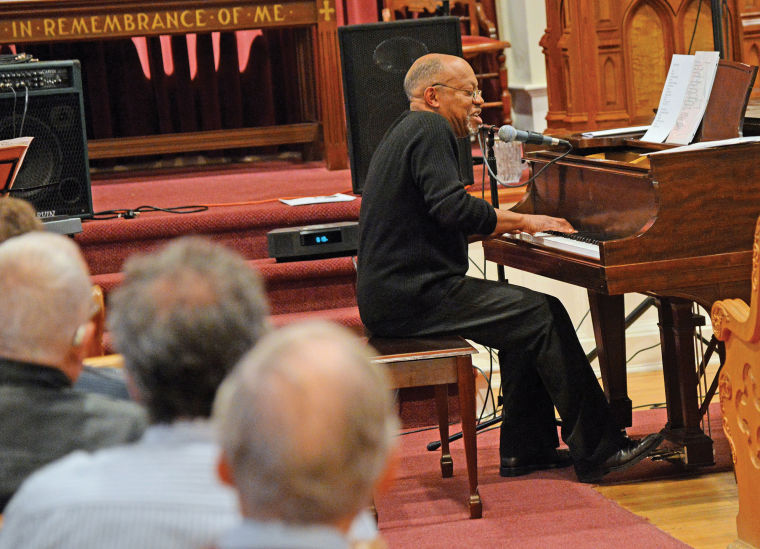 If Kemp Harris is as good with kids as he is with his voice, he must have been the Mary Poppins of his school district. Harris was a public school teacher in the Boston area for 33 years; at the time of his retirement in 2012, he was called “the city’s most beloved kindergarten teacher.” During “Music at the Meeting House” at the Waterbury Congregational Church on Saturday, April 5, Harris proved he’s an equally talented musician.

It was a bleak, barren Saturday night. The sky was grey. The wind was cold. Why, then, did the Meeting House feel so warm? Only about 20 people showed up to hear Harris perform, and yet the church seemed full. And the trim, sweater-clad retiree at the piano seemed to fill much of the empty space himself.

Perhaps it was the contrasts of the show — for starters, Harris’ performance began with the line, “This song ain’t about religion.” He howled about being down in a setting that typically features songs about rising up. One couldn’t help but notice Harris’ abandon in singing about gay marriage, considering many churches are against it.

But there was sprightly Harris, nodding, shifting and contorting as he cried, “God-fearing people with family values / But they don’t value no family with people like me.” His voice ascended to the heavenly peaks of the chamber, all the same.

Physically, Harris performs as if in a musical. He shrugged when he sang that he didn’t know where his lover was. He stared at her as if in the middle of an intimate argument during the chorus. The song began: “I got a rock star’s autograph / I got Elton John’s big shoes / I got a Warhol lithograph / The only thing I don’t got is you.”

The songs Harris played in Waterbury were mostly originals about romantic angst. But he approached that angst in the tradition of greats like Stevie Wonder and Randy Newman, wrenching yearning, upbeat melodies out of those tears.

The most fetching song also had the best title: “What Are the Chances of Working This Thing Out in the Next 20 Minutes or So?” It’s built on a breezy melody, very New York, with shades of Miles Davis as well as Stevie Wonder. “Something in the wind’s not right / Something in the air’s close at hand / Stay with me tonight,” he sang.

If the object of these songs were, in reality, the object of Harris’ affection, they’d have to be deaf not to give him a chance. The audience was certainly smitten. The creaky church floor was seized by rhythmically tapping feet. Most of those feet belonged to middle-aged couples, but the youngest couple present, with baby in tow, seemed equally enraptured.

Harris’ persona was as soft as his voice was powerful. Introducing “Rain Came Down,” he said, “The message of this song is I got everything in the world, but I don’t have you, and I’m — oops, there’s a child — teed off.” At one point in the performance, Harris found time at the end of a verse to wiggle his eyebrows and smile at the enthralled infant.

The fact that most of the performance was just Harris on piano (he was accompanied by a keyboard for a couple of songs, including a cover of “Love the One You’re With”) did not diminish the effect. It was charming to see Harris supply his own percussion on one song by stomping his feet and slapping the piano bench.

Harris talked about his love of Joni Mitchell and performed a trio of songs inspired by her, with “Coyote” in the middle. He replicated Mitchell’s distinctive vocal dance between restraint and outburst, between strength and vulnerability. But the Mitchell tributes were inferior to Harris’ other material. That’s a tribute to Harris, whose own classically upbeat rhythm and blues style is too distinct and deeply felt to flourish undercover.

Harris finished the bulk of his set in about 50 minutes. The moment his fingers played the final note, he leapt off the bench and flung his arms wide, as if to say, “Ta-da!”

It turns out it was quite appropriate for Harris to play at the Waterbury Congregational Church. His music sounds like a miracle.