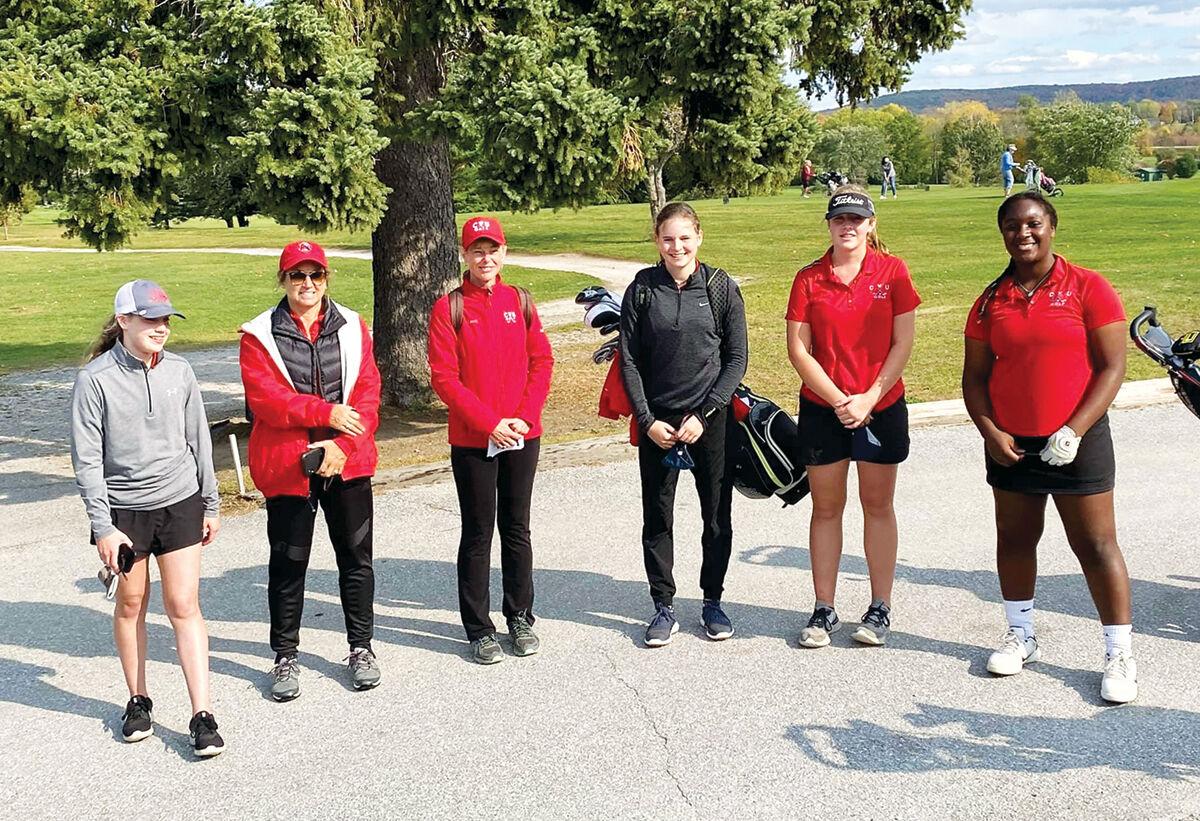 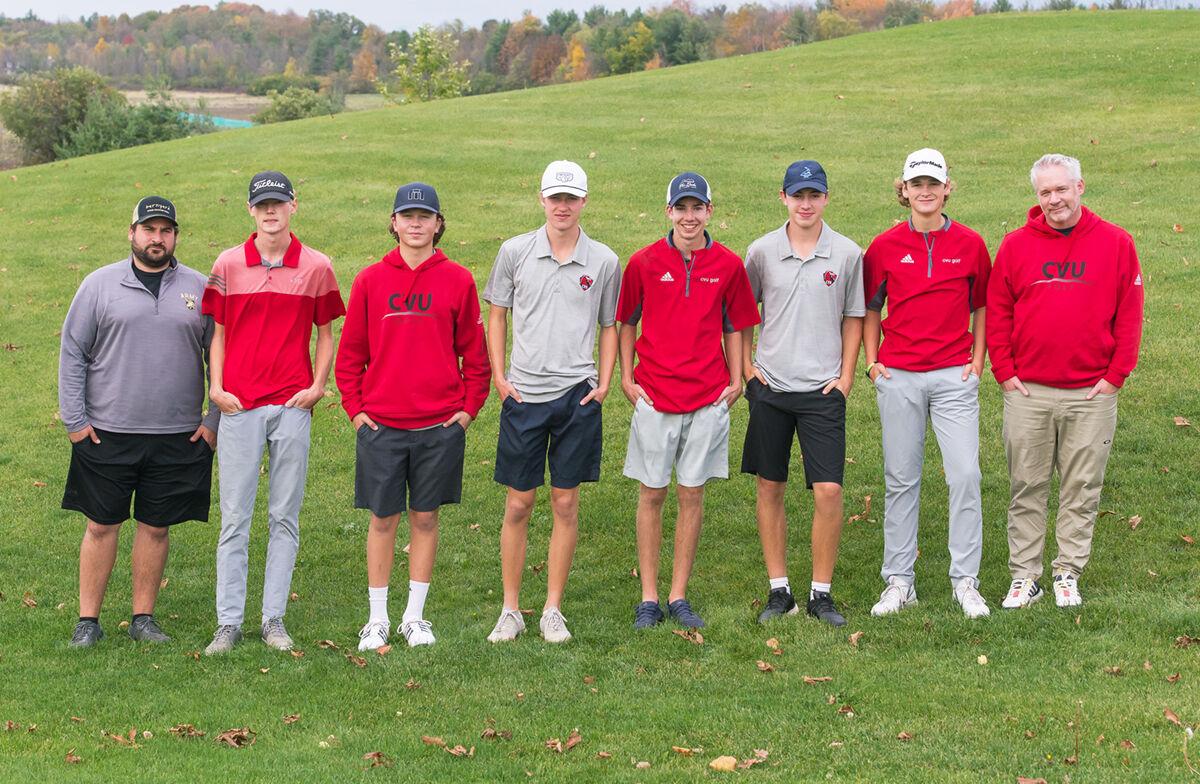 After shooting under 300 — or 296 to be exact — in the Division I boys’ golf qualifiers, the Champlain Valley Union High School team came into Oct. 7’s D-I state tournament full of confidence.

Then they woke up to bad weather.

“It was windy, it was raining,” said CVU coach Seth Emerson. “That makes everybody go a little a higher.”

Turns out, the coach didn’t need to worry about anything. The Redhawks shot a team score of 317 and clinched their third straight D-I state title, 24 strokes ahead of second-place Rutland.

Evan Forrest and Alex Leonard came into the clubhouse with a 78, Cam Saia shot an 80 and Kyle Rexford had an 81 for CVU.

“It was cool, these four have been on the varsity team for four years,” Emerson said. “They have been working really hard on their games, they are golf crazy, so to see them cap off their years with a state championship was really cool.”

The championship was validating for the Redhawks, who have won the last three titles. After winning the first in a tie-breaker and running away with the trophy last year, CVU was looking forward to earning No. 3 this season.

Then COVID-19 came along and crashed the party. After some uncertainty, golf was allowed to play this season but with only the D-I qualifier to play in the lead up to Wednesday’s final. No regular season matches to evaluate both their level of play or their opponents.

CVU’s experience helped them in that case, with all four scorers having been in a final tournament before. In addition, all four players had continued to play together throughout the summer.

“They were comfortable in the big matches,” Emerson said. “They were going to be tough if there were matches or not.”

Champlain Valley’s girls’ golf coach Tammy Anthony left Champlain Country Club on Tuesday, Oct. 6, proud of the effort her team had put forth in the Division I state tournament and with no idea how her team had finished.

“I knew as soon as they teed off on the first hole, every one of them was hitting a line drive and I said, ‘this is going to be a good day,’ Anthony said.

With the tournament set up so each team came to the course, played their round of golf and then headed home, the Redhawks had no idea where they ranked.

Then the news report came out and Anthony learned via local television news that the team had finished in second place - matching their best-ever finish in the D-I final.

“It was so awesome,” Anthony said. “I was proud of those girls.”

Burr and Burton came in with a team score of 187, while the Redhawks followed with a 193. The Bulldogs’ Kaylie Porter shot an 83 to earn medalist honors.

Lindsey Beer had a 96 to lead CVU, with Clare Stackpole-McGrath coming in right behind with a 97.

“They really went out and played their own game,” Anthony said. “They stepped up and stayed focused.”