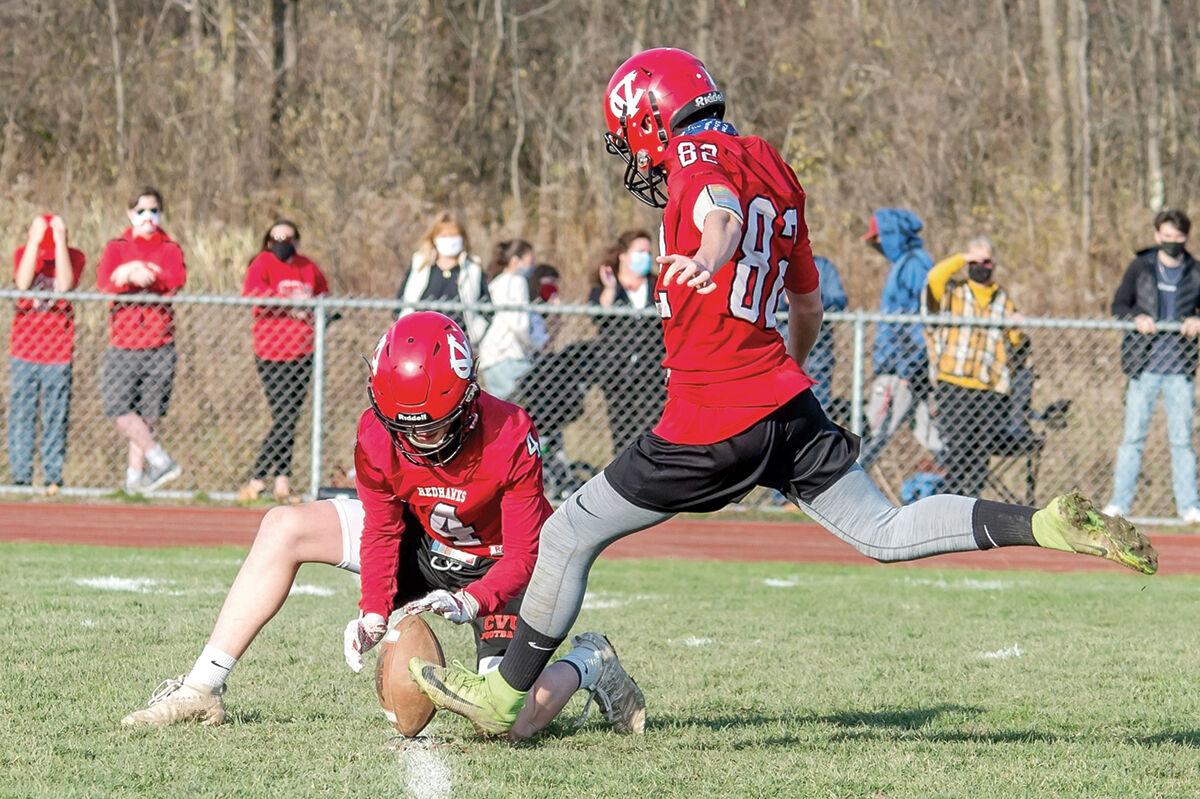 “Heartbreaker if you are wearing red,” coach Rahn Fleming said about Saturday’s championship game against Colchester. 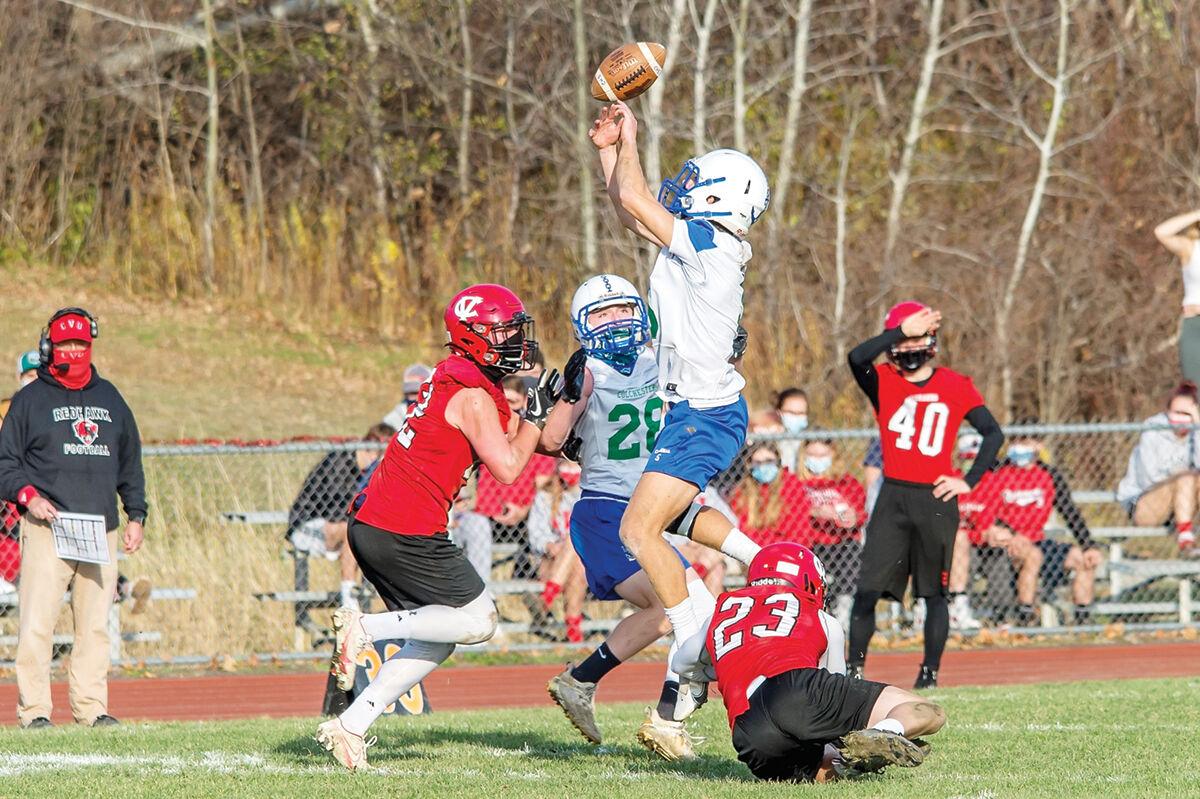 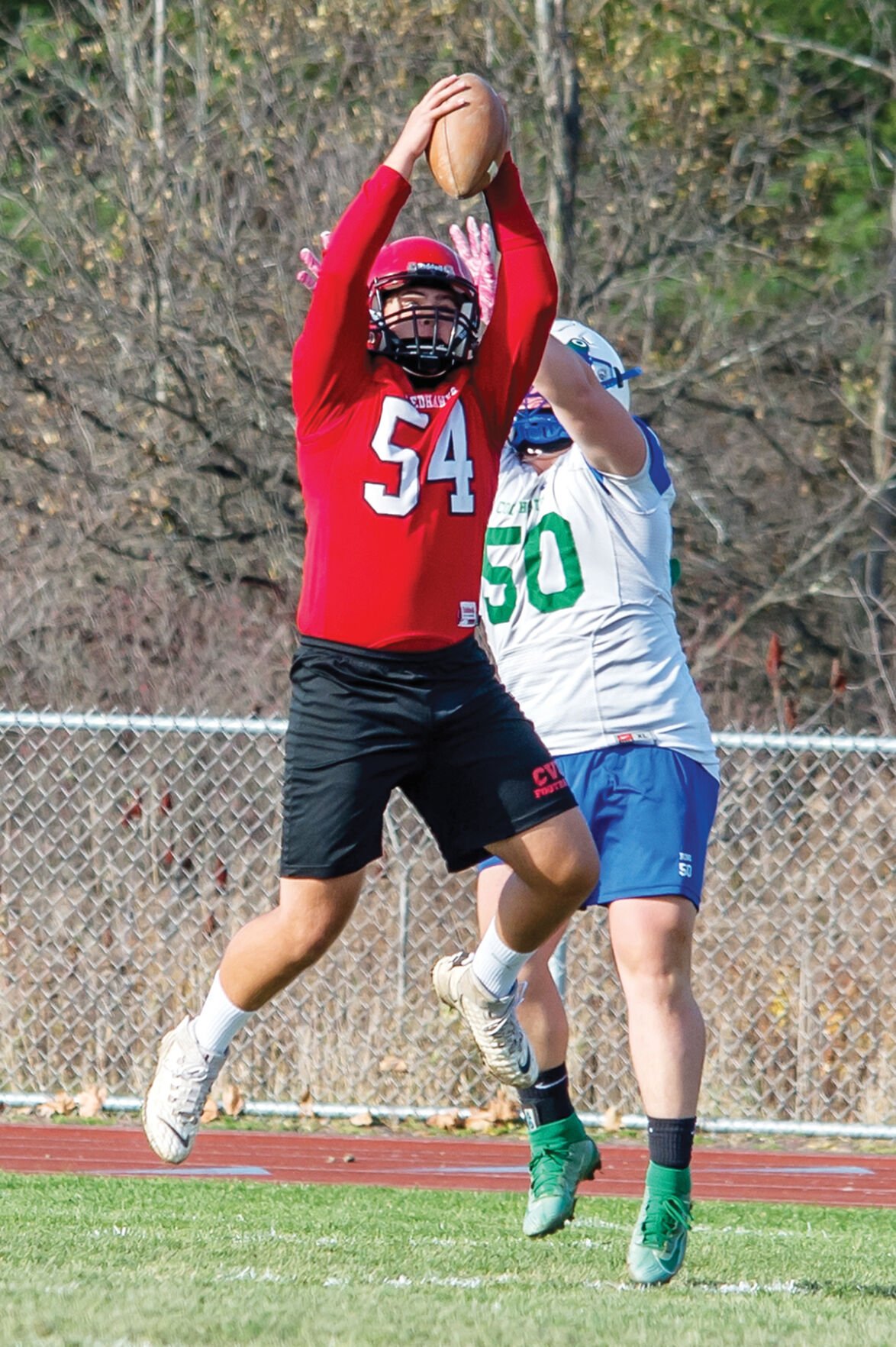 The Champlain Valley Union High School football team couldn’t pull off the win during a Saturday, Nov. 7, against Colchester. Coach Rahn Fleming said his team, “gave everything they had right up to the very last.” 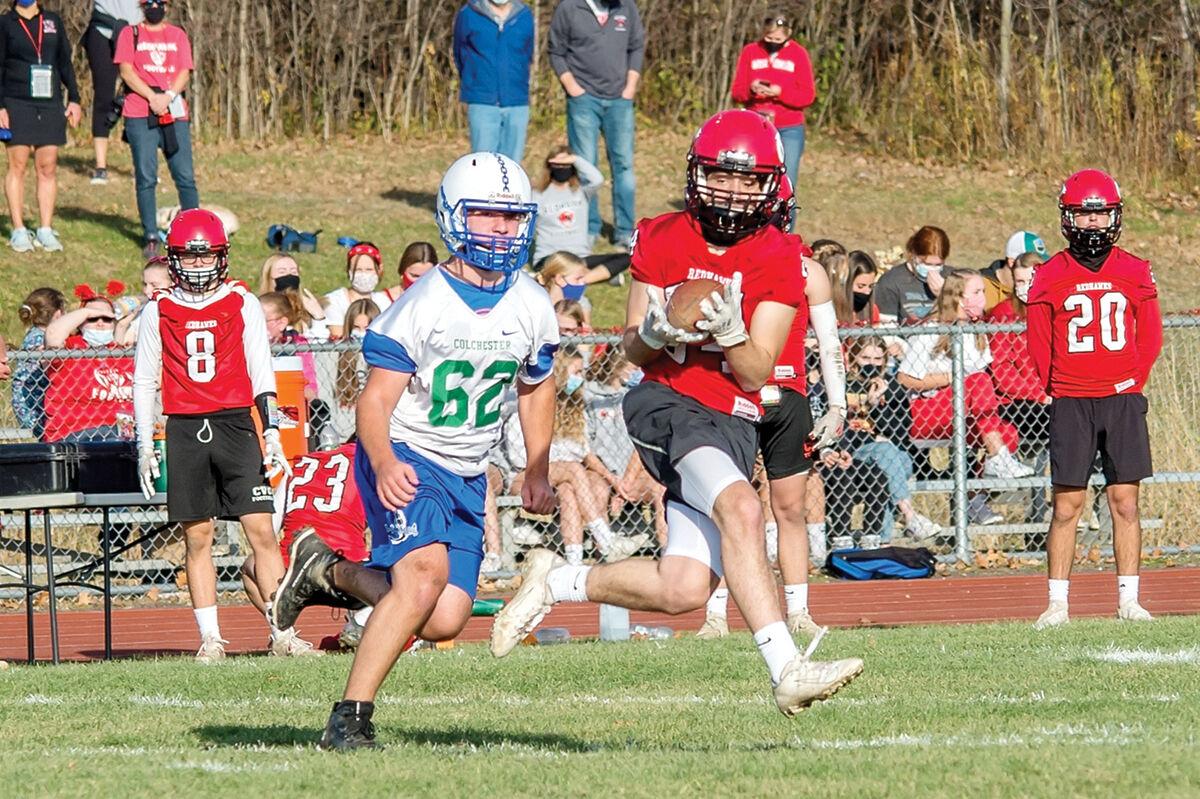 “Heartbreaker if you are wearing red,” coach Rahn Fleming said about Saturday’s championship game against Colchester.

The Champlain Valley Union High School football team couldn’t pull off the win during a Saturday, Nov. 7, against Colchester. Coach Rahn Fleming said his team, “gave everything they had right up to the very last.”

Saturday’s championship high school football game didn’t have the fanfare spectators are used to during a Division I state title, and it didn’t have the hard hits and bruising run of a regular matchup.

But the Burlington area 7-on-7 high school football championship game between No. 1 Champlain Valley Union High School and No. 2 Colchester on Nov. 7 had plenty of excitement and end-to-end action.

And it brought back one constant — joy for one team and heartbreak for another.

“Every time we play a Tom Perry team, every time CVU and Colchester play, it’s exciting, it’s right down to the wire,” CVU coach Rahn Fleming said. “Heartbreaker if you are wearing red.”

With just 18 seconds remaining, the Redhawks couldn’t find the end zone on a late two-point conversion that would have tied the game and Colchester won the back-and-forth regional title game, 35-33.

“We came within a foot,” Fleming said. “We ask so much of them — their time, their energy, their dedication...they responded, and they gave everything they had right up to the very last.”

After Colchester scored a touchdown with 2:21 remaining in the game, they pulled ahead with a 35-27 lead, Champlain Valley getting one shot at tying the game.

The Redhawks marched down the field, with quarterback Max Destito finding receivers to get them inside the 20-yard line. The sophomore found Alex Provost for a touchdown with 18 seconds remaining in regulation to give CVU a shot.

“We had a sense of how we could call our plays to maximize the amount of space on the grass to give to our receivers and our quarterbacks,” Fleming said. “Our quarterbacks were just doing a good job of, of putting the ball where they can catch it.”

But it all hinged on the two-point conversion. Destito fired the ball to a receiver right on the goal line but two Colchester defenders stepped up to keep the CVU player out of the end zone and clinch the win for the Lakers.

Destito completed 20 of 29 passes, for 338 yards and four touchdowns. Seth Boffa caught an 80-yard touchdown and Provost caught nine passes for 102 yards and two touchdowns. Aidan Miller and Will Murphy each had a touchdown catch as well for the Redhawks.

Isaac Bergeron also had a touchdown pass, sending the ball 6-yards to Murphy for a score.