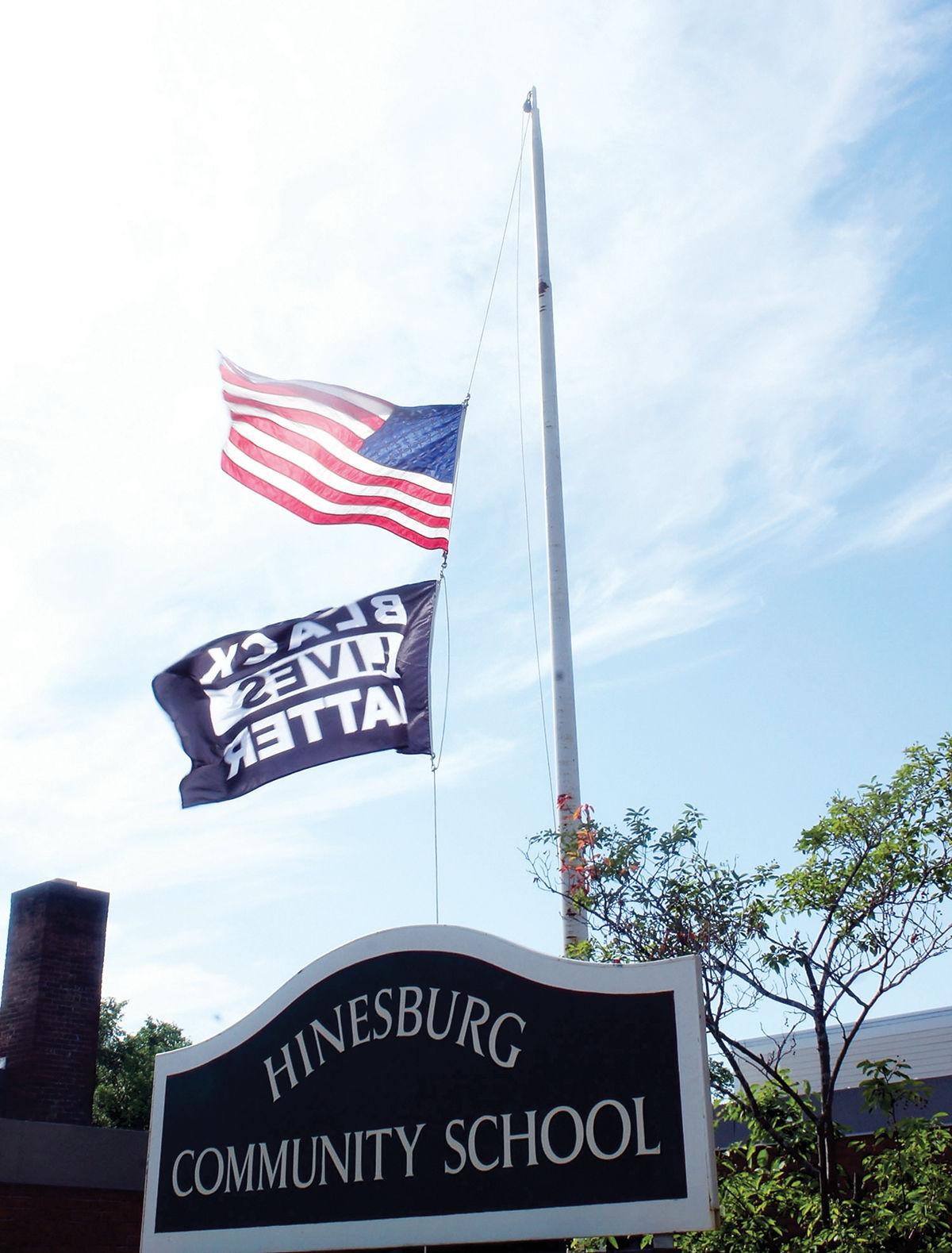 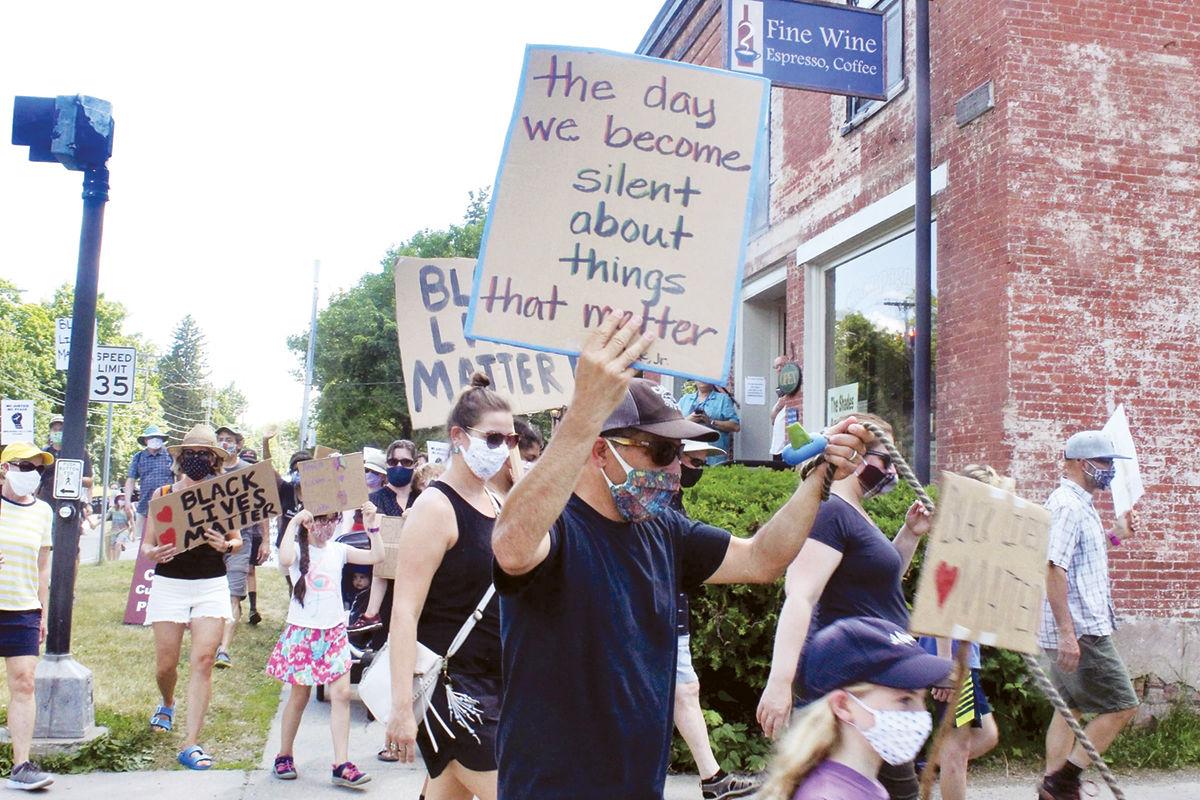 Most Vermonters are proud that their state was the first to adopt a constitution outlawing slavery.

Unfortunately, like so many origin stories, there’s a lot of falsehood in this claim.

In 1777, the constitution the newly formed Vermont Republic adopted said: “No male person, born in this country, or brought from over sea, ought to be holden by law, to serve any person, as a servant, slave or apprentice, after he arrives to the age of twenty-one years, nor female, in like manner, after she arrives to the age of eighteen years.”

Historian Elise Guyette points out children were still slaves under this constitution.

“It outlawed adult slavery. At 21 years for men and 18 for women, slaves were supposed to be freed. That’s half of the lives of people living back then,” said Guyette, the author of “Discovering Black Vermont: African American Farmers in Hinesburgh, 1790-1890.”

In her book, Guyette uses the spelling of “Hinesburgh” with an ‘h’ on the end, the way it was spelled then.

She said, before their slaves reached the age of freedom, many Vermont slave owners took the people to New York, where they could still be sold.

The number of Black people in Vermont has never been large, but more lived here in the early 1800s than there are now, Guyette said.

After the Revolutionary War there was an influx of African Americans, many who had been freed in return for their military service.

Establishing farms in the wilderness in the 1790s on what is now known as Lincoln Hill in Hinesburg were two African American families. Prince Peters and his wife Hannah Lensemen bought land and built a farm at the bottom of the hill. Shubael and Violet Clark started a farm on top.

Early in her research Guyette and University of Vermont professor Walter Poleman gave a well-attended presentation in the Hinesburg Town Hall.

She hoped to find people who knew family history, which might help her research, and she thought they might be proud to know what she had discovered so far.

After the meeting several women lingered to talk to Guyette about their own history. They were descended from some of the people who had settled on Lincoln Hill.

“They were excited,” Guyette said. “When they went to tell their aunts and uncles, they were not happy. They knew but they had hidden that.”

Cathy Stech of Georgia was one of those women. She told Guyette her grandmother was part of the Peters family.

“We did realize there was a difference, but we were told that she was part Indian. It confirmed something known, but not talked about,” Stech said.

In the year before her death, Stech’s mother talked to her for the first time about the racism she had faced growing up in Hinesburg.

Her mother had known all along that part of her ancestry was Black. Some of her schoolmates knew and made sure she wouldn’t forget it. She told Stech about kids telling her to go to the back of the school bus.

“My mother is a very Caucasian-looking person. When she was married to my father and having a baby, she was so afraid her baby would look African American, she went to a geneticist,” Stech said.

The geneticist told her mother the baby would only be as dark as the darkest parent.

A hurtful name for Lincoln Hill

Another of the women who talked with Guyette after the presentation in Hinesburg was Lori Atkins, Stech’s cousin.

“We had a family barbecue and I was very excited to have my ex-father-in-law meet my grandmother. When he saw her, he said, ‘I know who she is, she’s one of those n-words from up on N-word Hill,’” said Atkins.

She tried to comfort her grandmother, who told her, “That’s OK. They treated me that way our whole life.”

Both Atkins and Stech said they were very proud of their grandmother.

“She was always a hardworking, good woman and I loved her dearly. I never heard her say a nasty thing about anyone,” said Stech.

When the Clark and the Peters families settled on Lincoln Hill, the historical evidence seems to indicate, racial prejudice wasn’t too extreme. They appear to have been respected members of their church. Their children attended biracial schools. There were interracial marriages.

The families seemed to have done well at farming.

The Clarks thrived, according to Guyette. Shubael and Violet Clark’s son Lewis managed to save enough money while working on his father’s farm to buy his own plot of land.

“When your sons can buy land and move off the farm, that’s a sign that you’re very successful,” said Guyette.

Lewis Clark was living with a white woman who went to the same church. The church leadership threw them out of the church.

Guyette said it’s not clear from the historical evidence if Lewis and his partner were kicked out because they were not married or if it was a racial issue.

Whatever the reason, the church leadership apparently got over it. A few years later a delegation from the church said they were sorry, that they made a mistake and they wanted them to come back.

“I think they asked him to come back when country was in a depression and he had money,” Guyette said.

She found a list of the 10 wealthiest families in Hinesburg at that time – Lewis Clark was on it.

When Black and white settlers were trying to carve farms out of the wilderness in Hinesburg, and elsewhere in Vermont, it seems the prevalent racism may not have been as virulent as it would become as the Civil War approached.

She said forms of oppression keep changing through history with moments of hope around times like the Revolutionary War.

During the Revolutionary War, Black people really thought slavery would be abolished, she said.

These moments have been followed by severe disappointment, like when the U.S. Constitution did not abolish slavery.

A ban on the importation of slaves in 1808 was a time of hope for Black people. That brief moment was quickly dashed when it just led to more slave trading within the country.

“This is the story of our country – times of hope and then backlash,” said Guyette.

The Emancipation Proclamation, the Union victory in the Civil War and the abolition of slavery brought hope which was dashed again as slavery was replaced with tenant farms.

“The oppressions just keep changing,” she said – now we have the prison industrial complex.