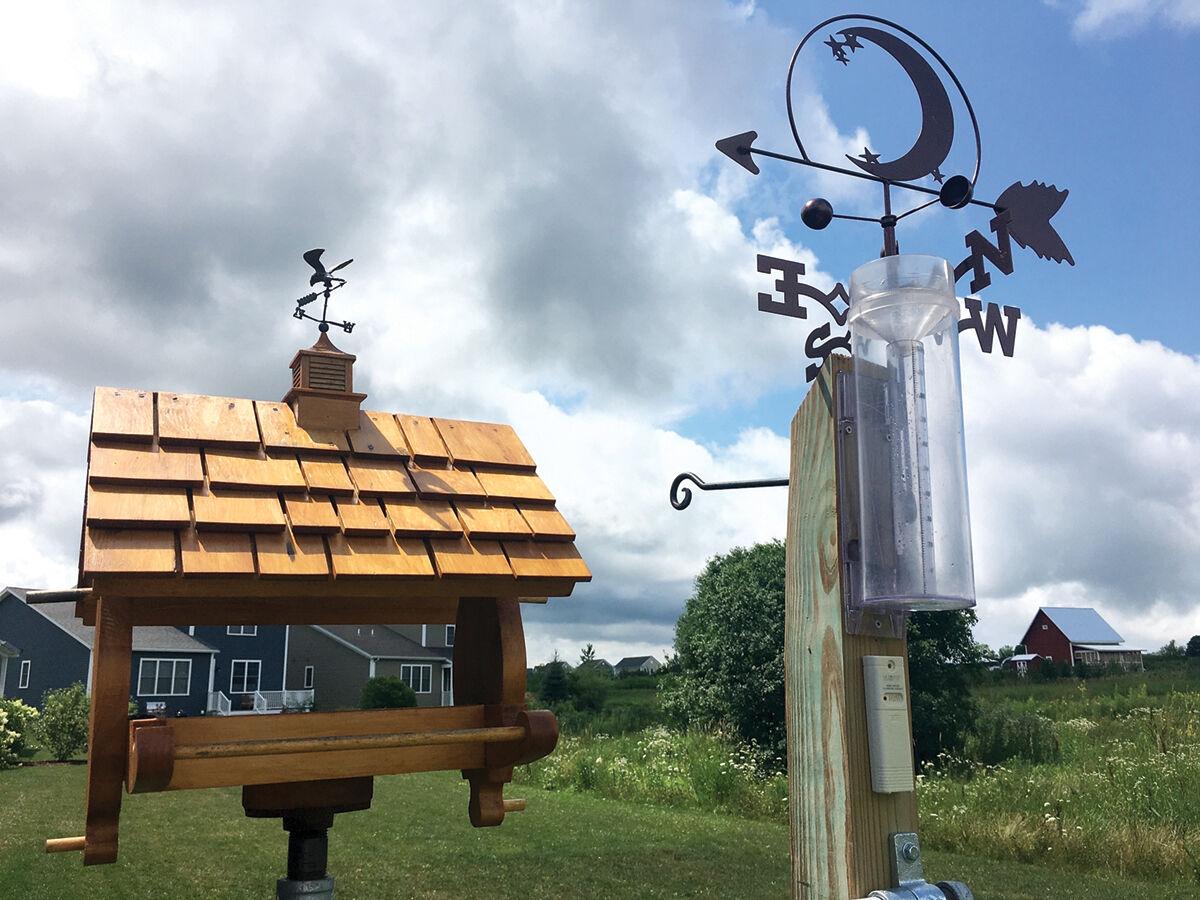 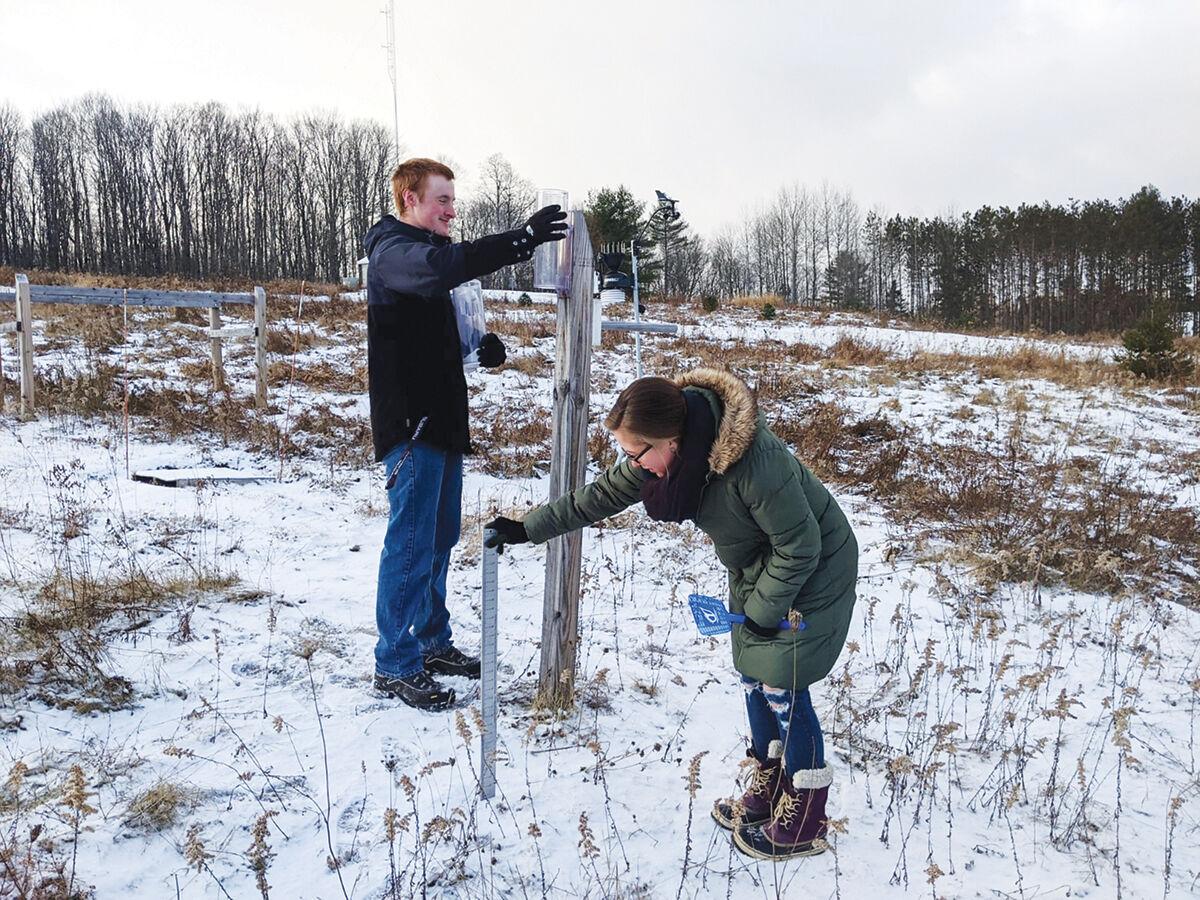 The Community Collaborative Rain, Hail and Snow Network, whose members refer to it as CoCoRaHS, is an organization of volunteers of all ages and backgrounds who measure rain, hail and snow and record these measurements on the group’s interactive website.

“I was born with the weather bug,” Jay Shafer said. “I think it’s the captivation of the power of Mother Nature.”

The Community Collaborative Rain, Hail and Snow Network was formed in 1998 after a flash flood in Fort Collins, Colo.

Shafer, who is professor of atmospheric science a Northern Vermont University-Lyndon, said people realized then there was a need for a better precipitation data.

“The simple solution to that is getting people to check a rain gauge in their yard. It’s a pretty low tech, but powerful way to get us more data,” Shafer said. “It’s the largest citizen science project in weather actively going on.”

The organization is supported by, and its data is used by, the National Weather Service and the National Oceanic and Atmospheric Administration, among other organizations. Research universities use the data collected but the information is open source, so any individual can access it, he said.

The data, Shafer said, is used to analyze trend sand to develop weather models for the future. With it, historians can see what the weather was like in a particular area in the past.

The network recently wrapped up a March Madness campaign to increase its volunteers but didn’t see enough growth around Vermont.

The meager results did not surprise Jay Shafer, the state volunteer coordinator.

Shafer, a professor of atmospheric sciences at Northern Vermont University-Lyndon, said, “I didn’t push too hard on that because I think this time of the year, getting out of winter, it’s not a great time to recruit. So, we’re going to be making a bigger push this summer to get new observers.”

Shafer said on any given day about 10,000 volunteers submit weather reports across the United States, Canada, Puerto Rico and Guam. Shafer said roughly 100 reports are submitted by locals.

One of those Vermont volunteers is Barry Gerard.

Gerard has reported precipitation amounts for 11 years from Jericho and for the last two years from South Burlington.

He enjoys taking the measurements because it makes him more aware of the weather and its trends.

“I feel like I’m doing something of value that people depend on,” he said.

For example, it’s nice to know what the weather’s been like before setting out on a hike.

Gerard serves as the regional coordinator for the northwest section of Vermont — Chittenden, Lamoille, Franklin and Grand Isle Counties.

Becoming a volunteer does not require a big investment in money or time, Gerard said, the training takes a couple of hours.

A $25 rain gauge, a 4x4-inch wooden post and a board to measure snowfall depth — because measuring in the grass isn’t accurate — is about all the equipment needed, he said.

The organization just wants volunteers to be consistent about checking the measurements during the morning from 7-9 a.m.

Charlotte’s Mike Yantachka, a state rep, has been gathering measurements for the network since 2009.

Between Aug. 28 and 29 of 2011, he recorded nearly four inches of rain in just 24 hours — far above the norm — when Tropical Storm Irene hit Vermont.

“Charlotte was relatively unscathed during that time. One reason was because the land flattens out here and water has a chance to spread out more,” he said.

Yantachka tries to stay consistent, but not obsessive, with his rain gauge: “It’s a pleasure. I don’t get endorphins out of it, but I still like to do it.”

It’s interesting to follow how the density of snow changes as it lies on the ground and to notice the different kinds of snow from light and fluffy to pelletized sugar snow and everything in between said Yantachka, who is recuperating at home from a broken leg suffered while skiing.

Shafer said getting and recording precipitation to the group’s website takes about 3-5 minutes. Measuring snowfall may take 15 minutes. He hasn’t missed a day of measurements in seven years.

“The CoCoRaHS program is one of the more rewarding aspects of my job because people are doing it because they love to do it,” Shafer said.

Shafer said, although it is not a requirement, a lot of the volunteers put special comments into the network’s website.

“They’ll type in a sentence or two about how they’re feeling that day or a comment on the kind of birds they saw at the bird feeder. Or if was a really significant event, they might embellish a little bit. It’s the human touch you can have in there as part of the record,” Shafer said.

“We’re moving the science of weather prediction further along by having more observations of what actually falls from the sky. A big part of that is having this network of observers.”