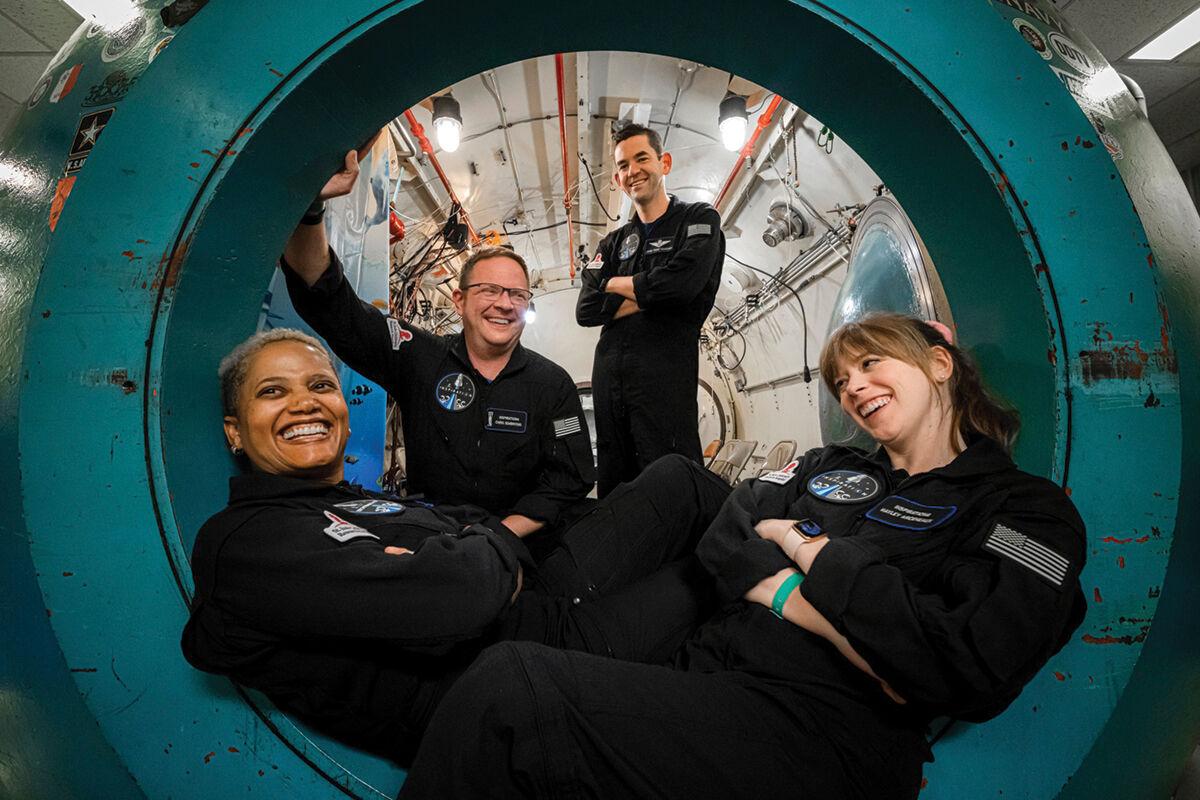 Sian Proctor, far left, was chosen as the pilot of the Inspiration4. During the flight, she created art. For Proctor, art and creativity are central to the possibilities of science, technology and mathematics. She is pictured with mission specialist Chris Sembroski, commander Jared Isaacman and medical officer Hayley Arceneaux. 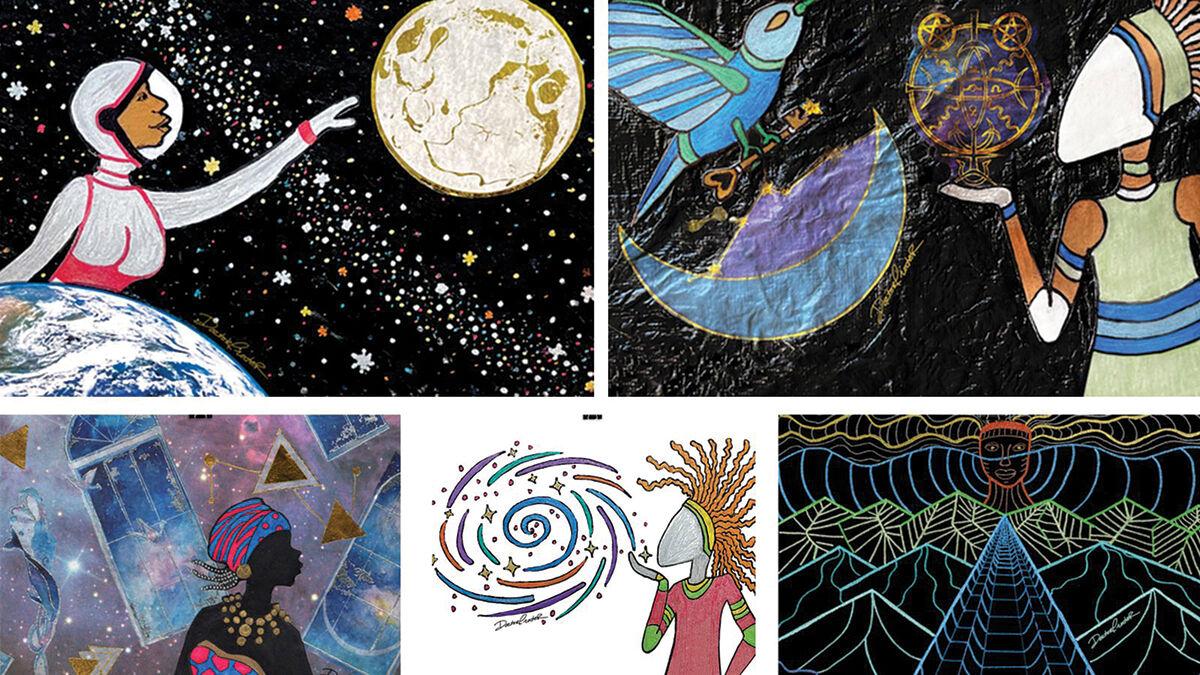 Proctor’s art is the style of Afrofuturism, before her out-of-this-world experience in September 2021.

Sian Proctor, far left, was chosen as the pilot of the Inspiration4. During the flight, she created art. For Proctor, art and creativity are central to the possibilities of science, technology and mathematics. She is pictured with mission specialist Chris Sembroski, commander Jared Isaacman and medical officer Hayley Arceneaux.

Proctor’s art is the style of Afrofuturism, before her out-of-this-world experience in September 2021.

In 1749, a young girl and boy, later renamed Dinah and Jacob, were kidnapped from someplace in Africa and forced on the Middle Passage and enslaved in Connecticut. After three generations of enslavement, their descendants gained freedom and one of them, Shubael Clark, came to Hinesburg with his family in the 1790s.

Shubael and Violet Clark settled the protected space of what would later become known as Lincoln Hill, but also called a racist moniker still used by some today.

They thrived on that hill as farmers.

In September 2021, over 270 years after their migration to Vermont, a direct descendant of Shubael and Violet, Sian Proctor, became the first Black female spacecraft pilot in history, on the SpaceX Inspiration4.

Inspiration4 is the first human spaceflight to orbit Earth with only private citizens on board, operated by SpaceX on behalf of Shift4 Payments CEO Jared Isaacman.

The mission was promoted as a fundraiser for cancer research at the St. Jude Children’s Research Hospital.

She marveled at the planet from outer space and flew over the same ocean that carried her ancestors in pain and despair. She floated over her ancestors who are buried on Lincoln Hill, forever Vermonters.

The arc of this family is spectacular in its beginnings in freedom in Africa, to the depths of desolation in slavery, to freedom once again in Vermont, to making history among the stars of our solar system.

The story of Proctor’s ancestors in the North holds a deep and rich history. In 1749, her forebears, Jacob and Dinah, were enslaved in Connecticut by Partridge and Mary Thatcher, who also had early ties to Vermont. Partridge was an original proprietor of Waterbury and created an early survey of the town.

While there, he named a brook after himself, Thatcher Brook. In 2021, the school that took Thatcher’s name voted to change it rather than bear a slaveholder’s name.

There is also interest in Hinesburg and Huntington to honor Proctor’s ancestors, Shubael and Violet, with a road of their own as well as integration of their story into the local school curriculum.

Space in her blood

This is not the first time this family has made history. Shubael and Violet Clark’s daughter, Almira Clark, married William Langley from Rutland and continued to live on Lincoln Hill in Hinesburg. Their home was documented to be on the Underground Railroad.

The youngest of their six children was Loudon Langley, who fought in the 54th Massachusetts Regiment and the 33rd Regiment of South Carolina during the Civil War. After the war, he and his wife, Jane Anthony of Burlington, moved to Beaufort, S.C., where Loudon was a founding member of the Radical Republican Party and a powerful man in Reconstruction politics.

Hopes were high for equality and justice, but after years of progress the ex-Confederates finally regained power and changed hope to sorrow.

Some members of the family migrated to Ohio. Ida Langley, the daughter of Loudon and Jane, married Harry Proctor in Ravenna, and Sian Proctor’s grandfather was the son of Ida and Harry.

Proctor has space in her blood. Her father, Edward Langley Proctor Jr., was a member of the Apollo mission’s team. He was assigned to Guam and was put in charge of tracking operations for the NASA Apollo Lunar Surface Experiments Package.

“My father really was one of the hidden figures,” Proctor said. “I was born on Guam directly because of human spaceflight, as my dad had worked at the tracking station during the Apollo missions. About eight-and-a-half months after Neil Armstrong stepped foot on the Moon, I was born — a literal moon landing celebration baby.”

Proctor calls herself a J.E.D.I, which stands for Justice, Equity, Diversity and Inclusion, and plans to promote those after her stint in space. In particular, she wants to inspire young women of color in science, technology, engineering and mathematics careers and speaks about how we all can find “space to inspire those around you and reach for your dreams.