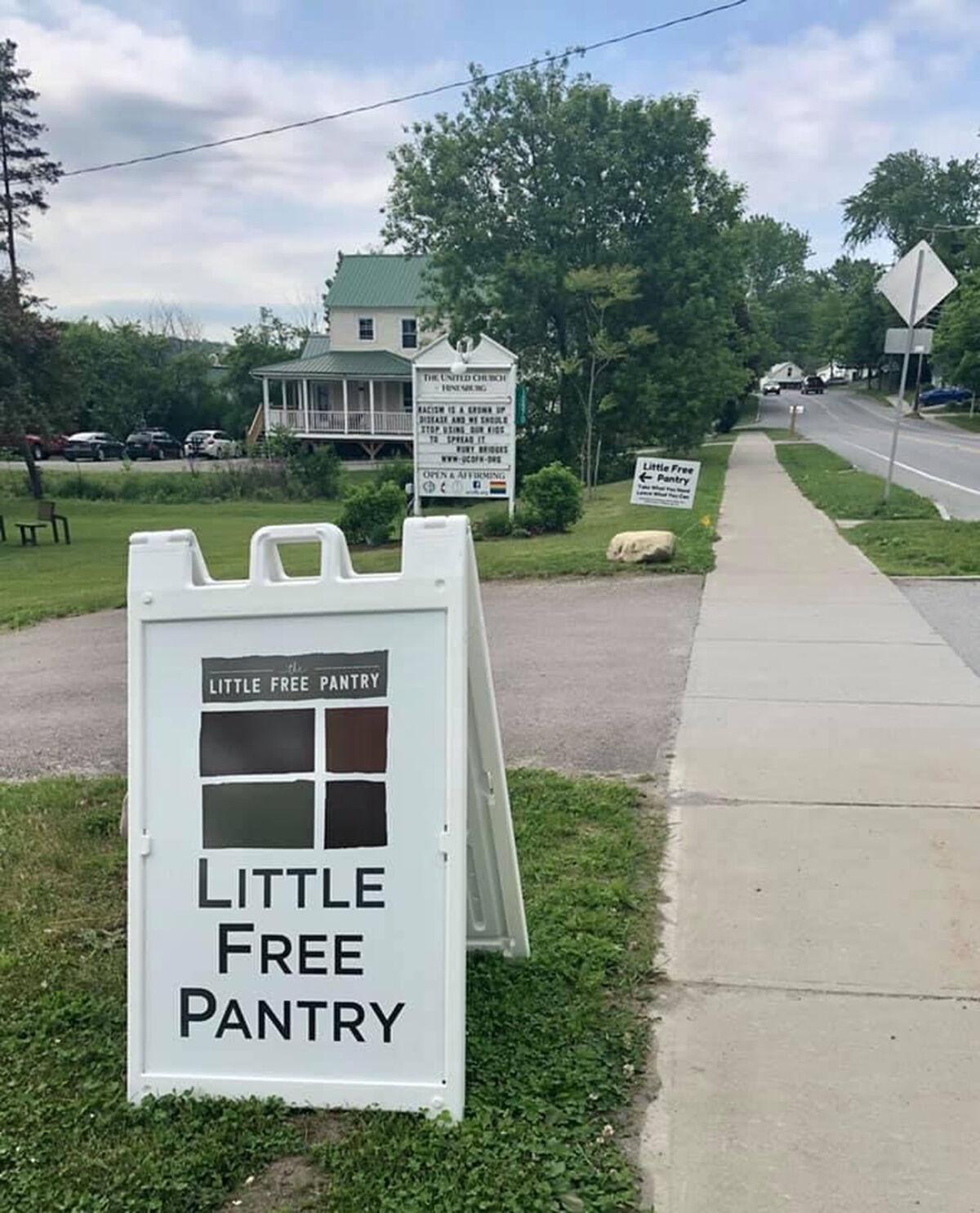 Signs for the Little Free Pantry at the United Church of Hinesburg. 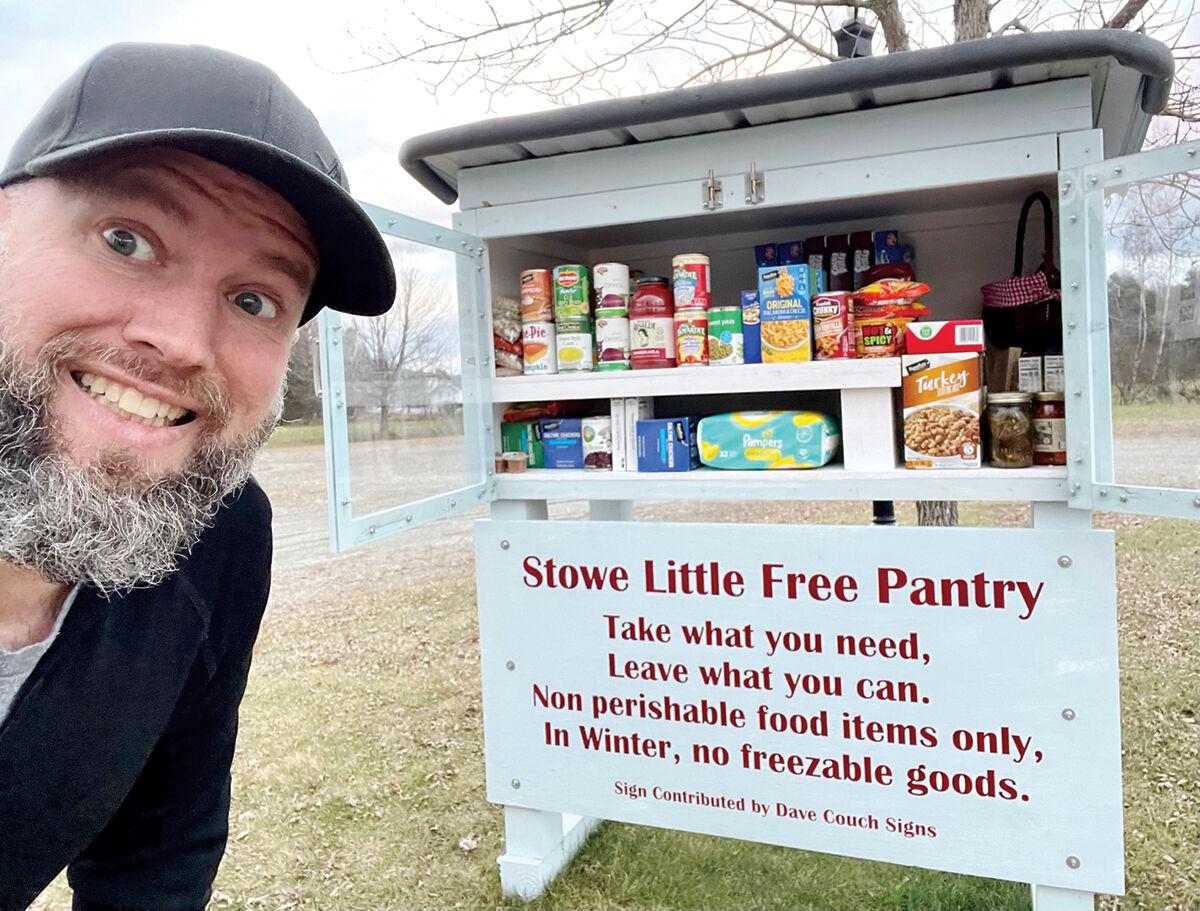 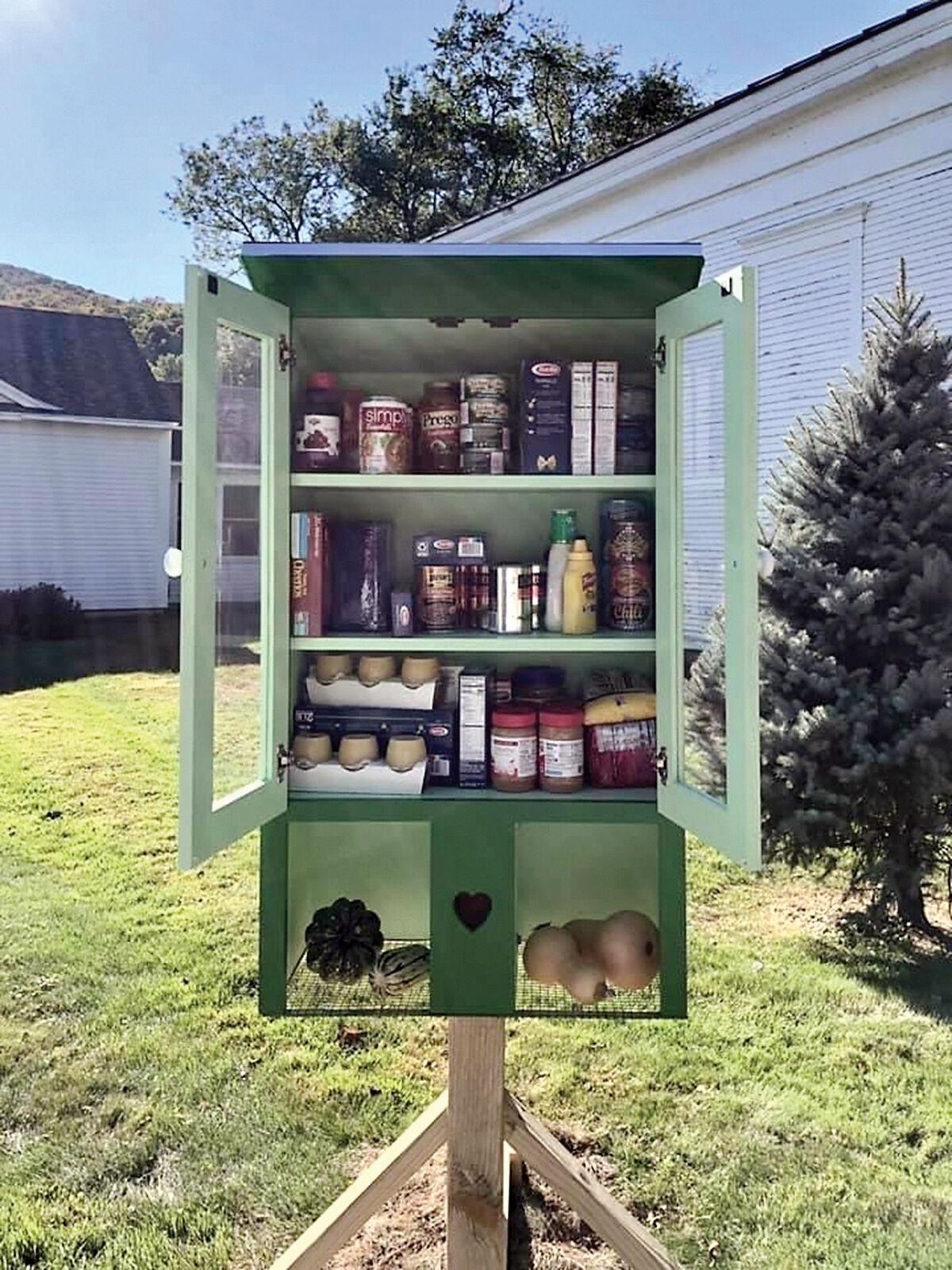 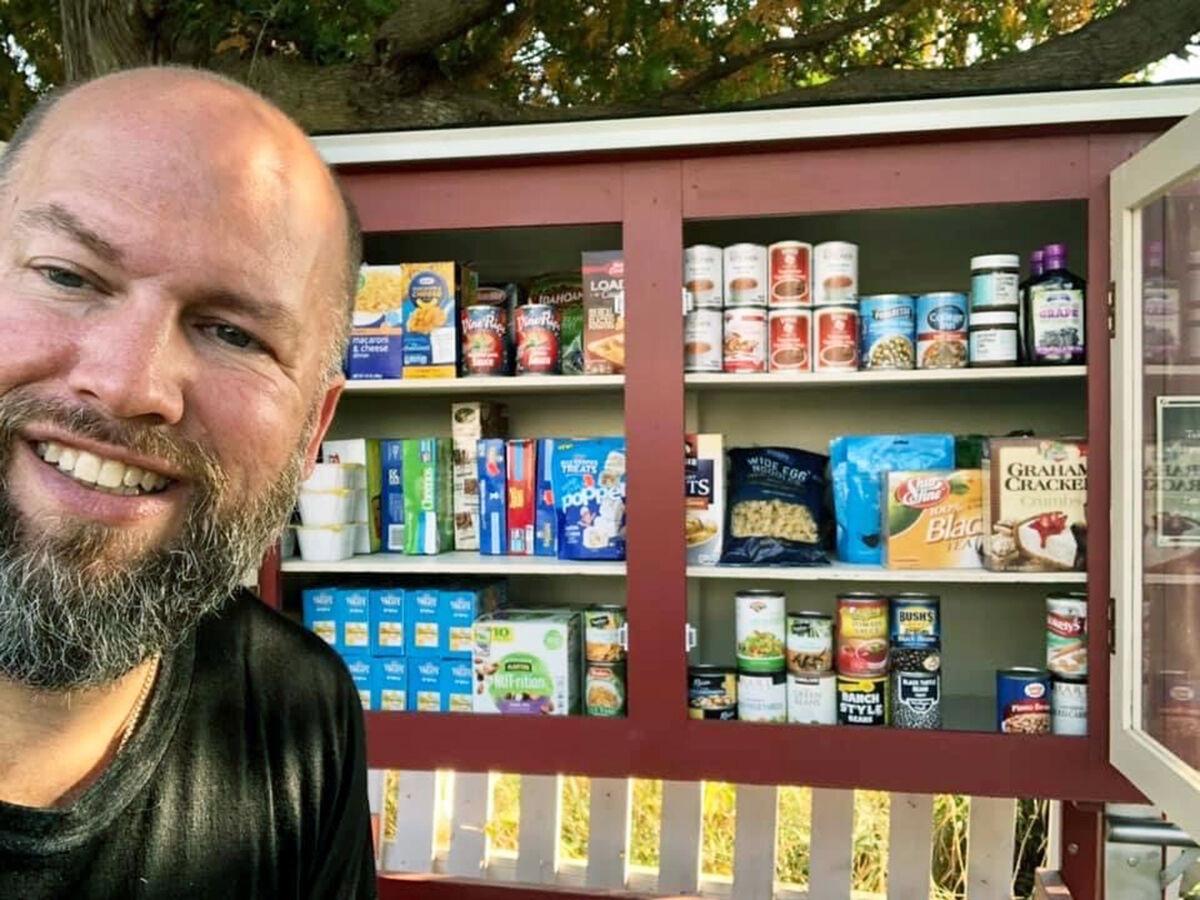 Phillip Bosen and the Little Free Pantry in Monkton. This and one in Stowe are Eagle Scout service projects.

Signs for the Little Free Pantry at the United Church of Hinesburg.

Phillip Bosen and the Little Free Pantry in Monkton. This and one in Stowe are Eagle Scout service projects.

Hinesburg’s Little Free Pantry has turned out to be a big deal.

So big, in fact, that it has inspired other communities, including Stowe, to start their own versions.

The outdoor cabinet sits at the back of the United Church of Hinesburg parking lot, looking for all the world like its counterpart, the Little Free Library, except instead of collecting donations of food for thought, it’s collecting literal food for those in need.

Unfortunately, the program has been very successful. “Unfortunately” – because the amount of use the Little Free Pantry gets is an indication of how great the need is.

The need for food has grown during the past year, but the community support for the Little Free Pantry has grown as well, McKenna said. There’s been a tremendous response and outreach by the community.

Neighborhoods have had pizza parties to raise food donations, children have donated their allowance, musicians have pitched in to raise money, school groups have done food drives — all for the Little Free Pantry, McKenna said.

Some have donated all or part of their stimulus checks, church council chair for the United Church of Hinesburg Mary Eddy Stewart said.

Yvonne Whitaker, who volunteers at the church office, said donations of money enable volunteers to buy necessities in short supply.

Yet despite all these efforts, McKenna said, “Some days it can be filled and an hour later be empty.”

Stewart said once a day she walks in the village of Hinesburg and she always sees either someone dropping off food or getting food.

Phillip Bosen, a member of the Sunshine Rotary Club of Burlington, helped establish the Little Free Pantry at the United Church of Hinesburg in 2017.

The need for food from the Little Free Pantry has increased so much that various church groups, the Sunshine Rotary Club and a couple of individuals have each taken responsibility for refilling it one day of the week, Bosen said.

When the Little Free Pantry in Hinesburg was first established it was the first in Vermont. Since then, the Sunshine has helped establish free little pantries in Stowe, Starksboro, Monkton and Huntington, Bosen said.

Now, he said, there are about 18 Little Free Pantries around the state.

Andy Duback of the Sunshine Rotary made a video about the Hinesburg Little Free Pantry last year which plays on YouTube. Bosen said the video has reached people all over the United States and Canada and is responsible for at least eight Little Pantries being established in Massachusetts, Ontario and Utah.

In Hinesburg, Bosen said, “We’re giving away 10 times as much food as we were in the beginning.”

He said at least $1,000 worth of food is being given away every week.

Bosen collected $5,000 in August with a birthday fundraiser for the Hinesburg Little Free Pantry. Money came from friends and family all over the world, he said.

On Fridays he buys $150 worth of food from Sunshine Rotary Club donations and $100 from his birthday fund.

Bosen said he will be hitting up his friends and family for Little Free Pantry donations again this August.

A new face of food insecurity

Almost every time he fills the Hinesburg pantry, Bosen said he talks to someone who is using the resource because of food insecurity.

“It’s often elderly people who are caring for other elderly people. I encounter mothers taking care of their children. People come on foot and bicycle to get food,” Bosen said.

“I talked to an elderly gentleman who originally lived in the Northeast Kingdom. He gave up his house because couldn’t afford the taxes,” Bosen said.

That man was living in an apartment in Hinesburg and often didn’t have enough money to buy groceries, so he would get food to eat until his next check came.

“He was a delightful old guy,” Bosen said.

McKenna said, “The face of food insecurity has really changed.”

Questions about donating food or money to the United Church of Hinesburg Little Free Library – 802-482-3352 or unitedchurch@gmavt.net.