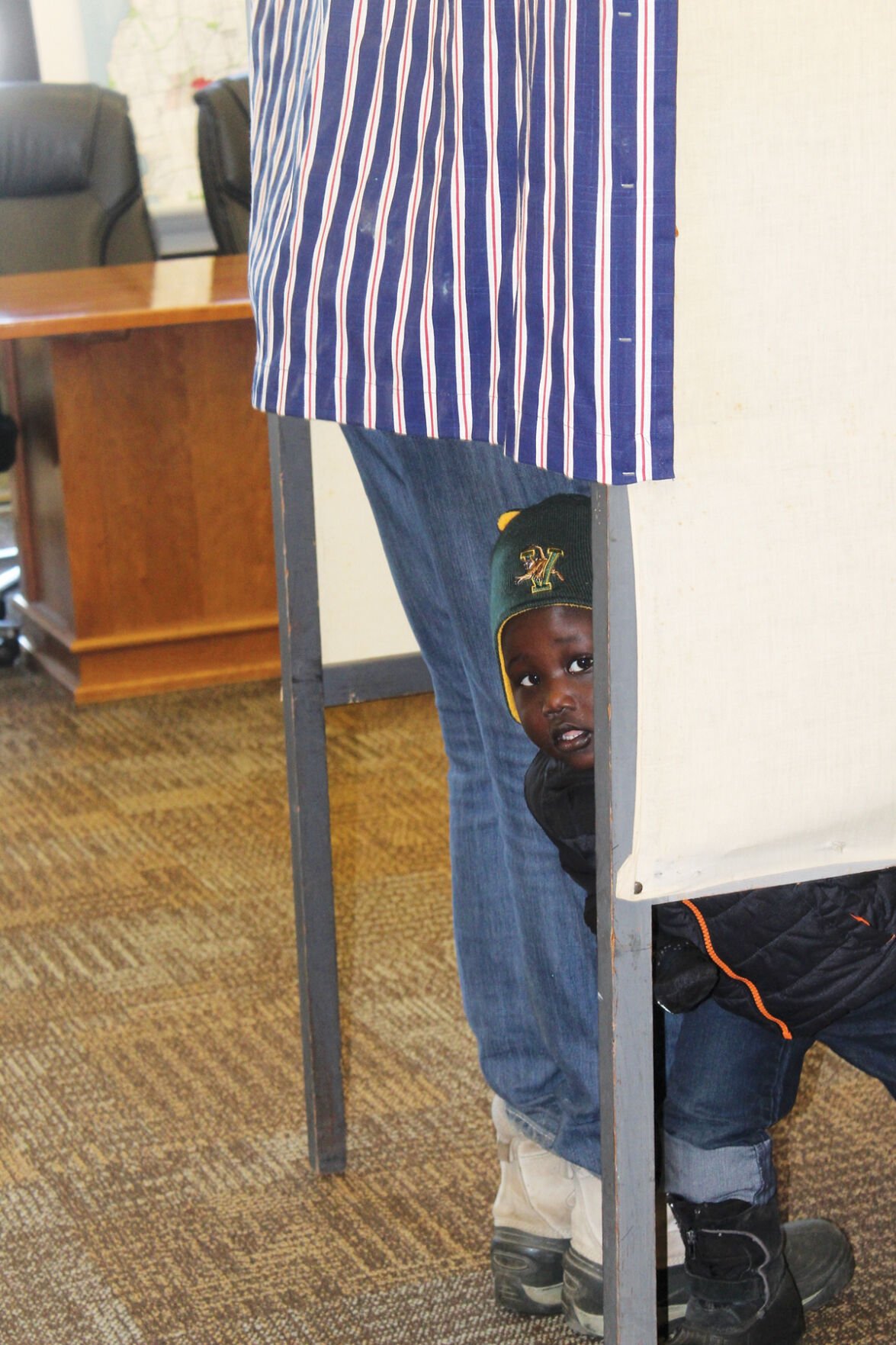 Koriom Chol, 2, peers out from the voting booth as his mother votes. 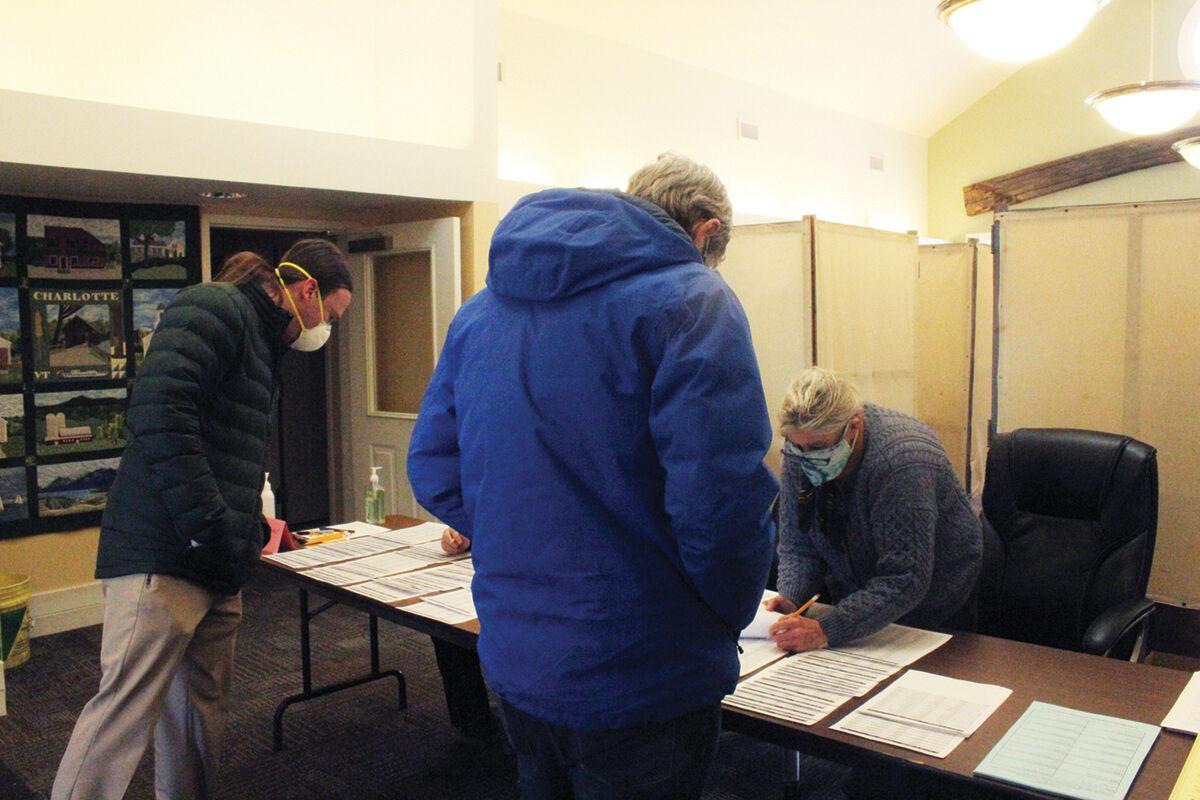 Charlotte voters are checked in by Robin Reid at the town hall on Tuesday. 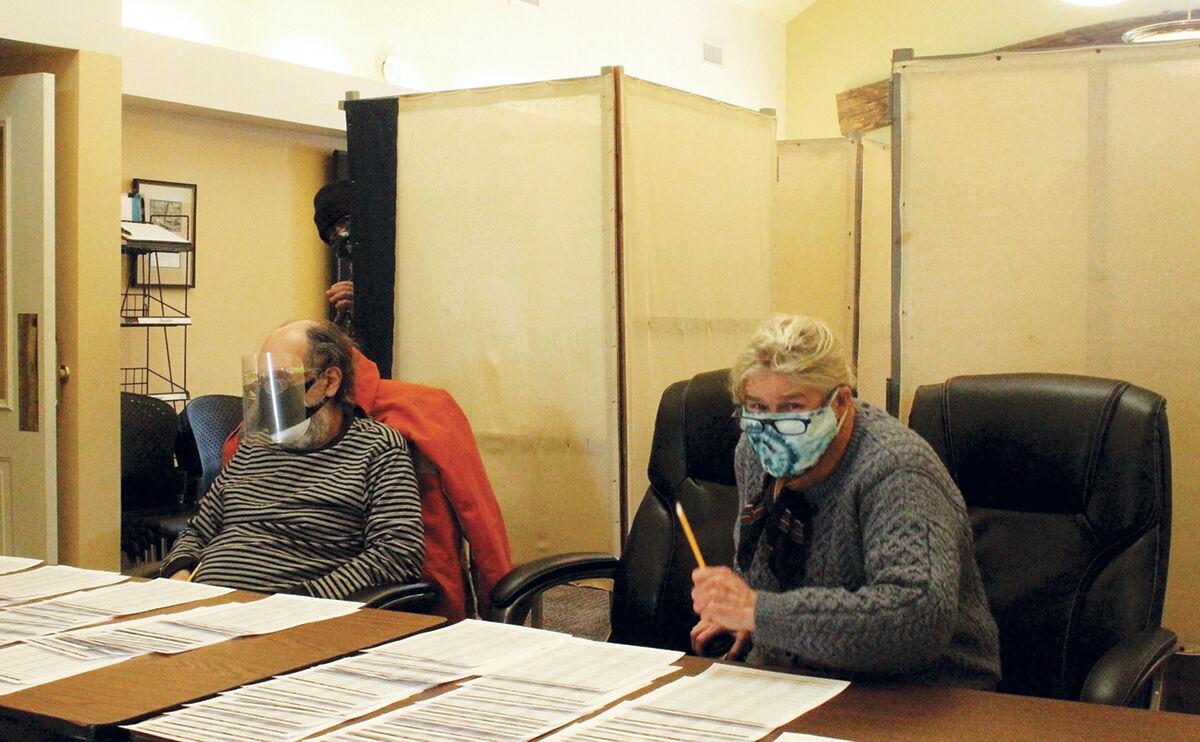 Mike Krasnow and Robin Reid worked the polls in Charlotte Tuesday. In between voters, they debated which of them was the town curmudgeon. 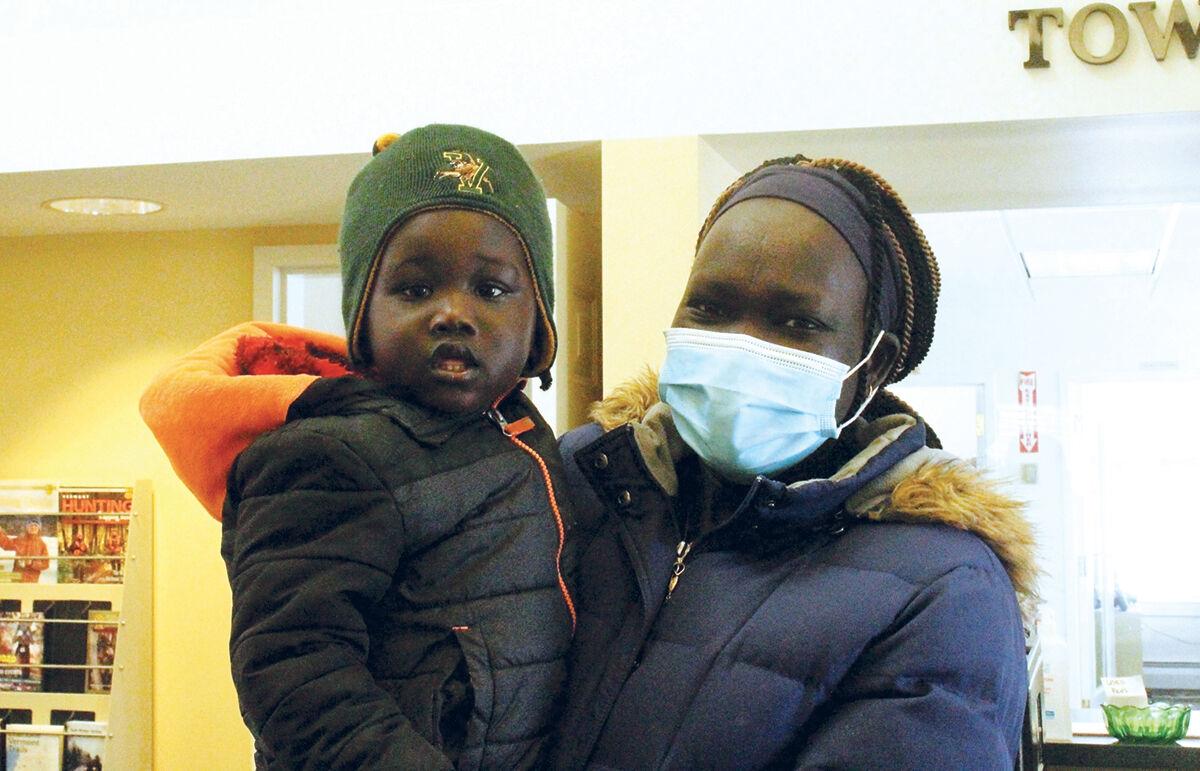 A returning future voter, Koriom Chol, 2 years old, arrives on Town Meeting Day with his mother Bol Gai. Last year, Koriom voted for the first time with his father and was featured in a photo in The Citizen.

Koriom Chol, 2, peers out from the voting booth as his mother votes.

Charlotte voters are checked in by Robin Reid at the town hall on Tuesday.

Mike Krasnow and Robin Reid worked the polls in Charlotte Tuesday. In between voters, they debated which of them was the town curmudgeon.

A returning future voter, Koriom Chol, 2 years old, arrives on Town Meeting Day with his mother Bol Gai. Last year, Koriom voted for the first time with his father and was featured in a photo in The Citizen.

Voters were asked to decide the fate of an amendment to the town plan that would have increased the size of the East Charlotte Village Commercial District. Voters said no, in a vote of 859-389, meaning more than two thirds of the voters opposed it.

In a complementary item, an amendment to Charlotte’s land use regulation was proposed, which would have made commercial development in East Charlotte easier by allowing such things as sewer lines passing from rural to commercial districts. This, too, was defeated, by a slightly larger margin –885 nays to 365 yays, or more than 70 percent of the voters rejecting it.

One masked voter queried as he left town hall said he voted against these two articles because they were poorly planned.

Another said he’d been in the construction business for years and supported the articles because he supported commercial development.

Joyce Cameron, yet another, said, “I feel like we should trust our planning commission. I feel like it would be a little thoughtful development. It would be a good thing in the village centers where the town plan, that we approved, says.”

Alex Bunten, who lives in East Charlotte and was part of a group that paid for yard signs opposing the two items, said, “The result sends a pretty clear message to the selectboard and planning commission — this wasn’t what the voters wanted. I’ll be very interested to see what comes next for the landowners who were most interested in pushing these changes forward.”

In contrast, a ballot ask for amendments to Charlotte’s land use regulations regarding on-farm accessory businesses passed 741-363, a two-thirds winning margin.

Clarifications and corrections to the existing land use regulations passed easily 841 to 255, winning by more than 76 percent of the vote.

An article moving Town Meeting Day from the first Tuesday in March to the first Saturday – an effort to increase participation at town meetings – proved popular. This proposition passed handily by a vote of 962- 256, so more than 78 percent of voters like this change.

Town clerk Mary Mead said more than 38 percent or 1,270 of the town’s voters exercised their right to participate in the local democratic process this year – 904 by absentee ballot and 366 in person.

An article to exempt the non-profit Charlotte Grange from property taxes passed 1,047-172. The Grange has to renew its non-profit status every five years.

Frank Tenney defeated Justin Bora and write-in Dunbar for a three-year selectboard term, taking 474 of the votes to Dunbar’s 315 and Bora’s 299.

Also passing by a large margin was a non-binding article endorsing the road commissioner continuing to have the authority of deciding the mix of salt to sand to use on roads, including sometimes using 100 percent salt. The article passed 1,067-114.

Lewis asked for this vote as a way of polling residents’ support for the way he has been treating the roads.

One of those who approved was voter Cameron, who responded “hallelujah,” emphasizing each of the four syllables.

“Just let him use his discretion,” she said.

Looking back on Town Meeting Day in Charlotte

Town Meeting Day a well-attended, paragon of participatory democracy in Vermont, has suffered this year because of COVID-19 bans on gathering …