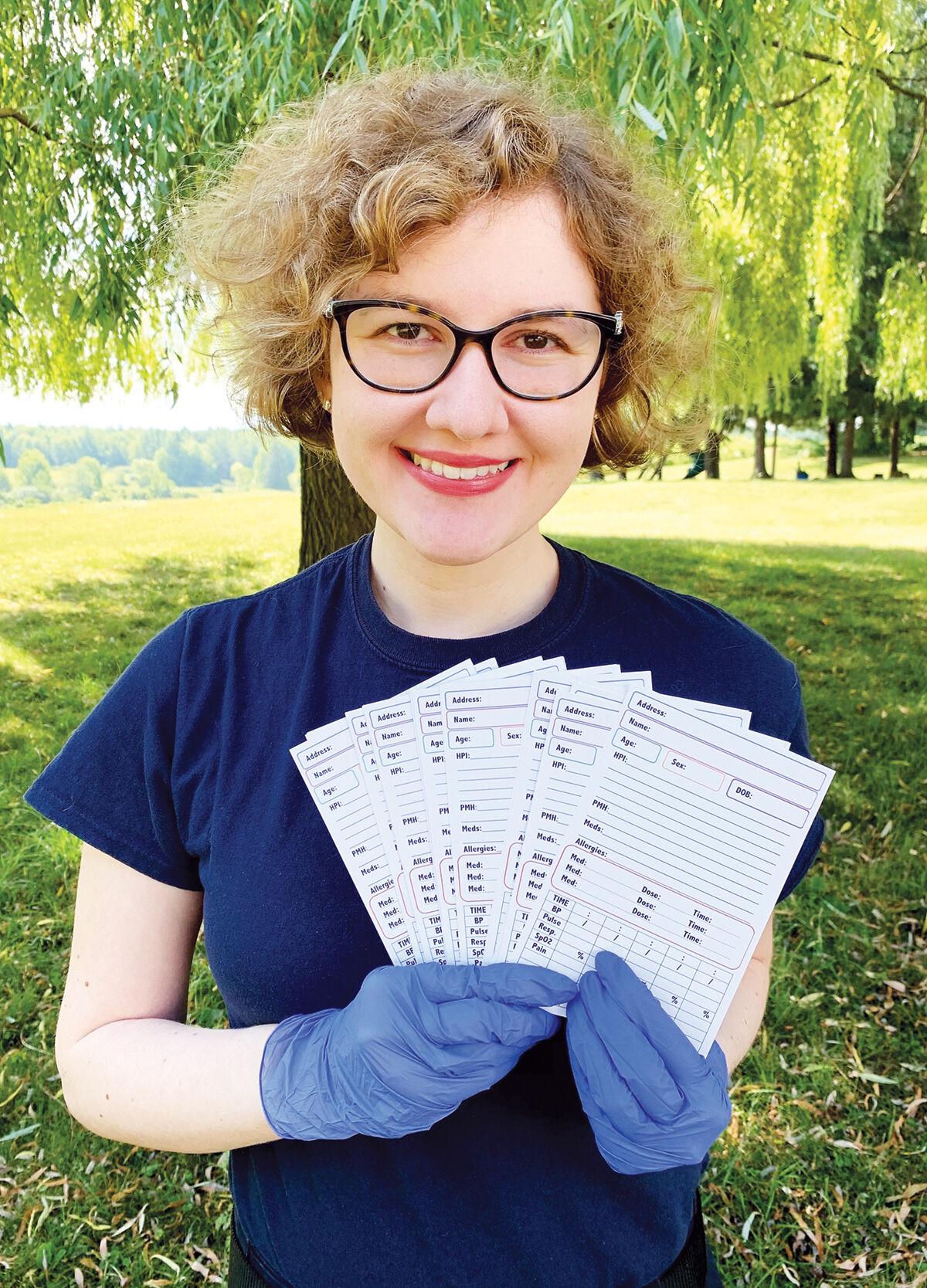 Mikaela Lazar shows samples of the Run Cards, the first product she developed for her startup the Nerdy Medic. 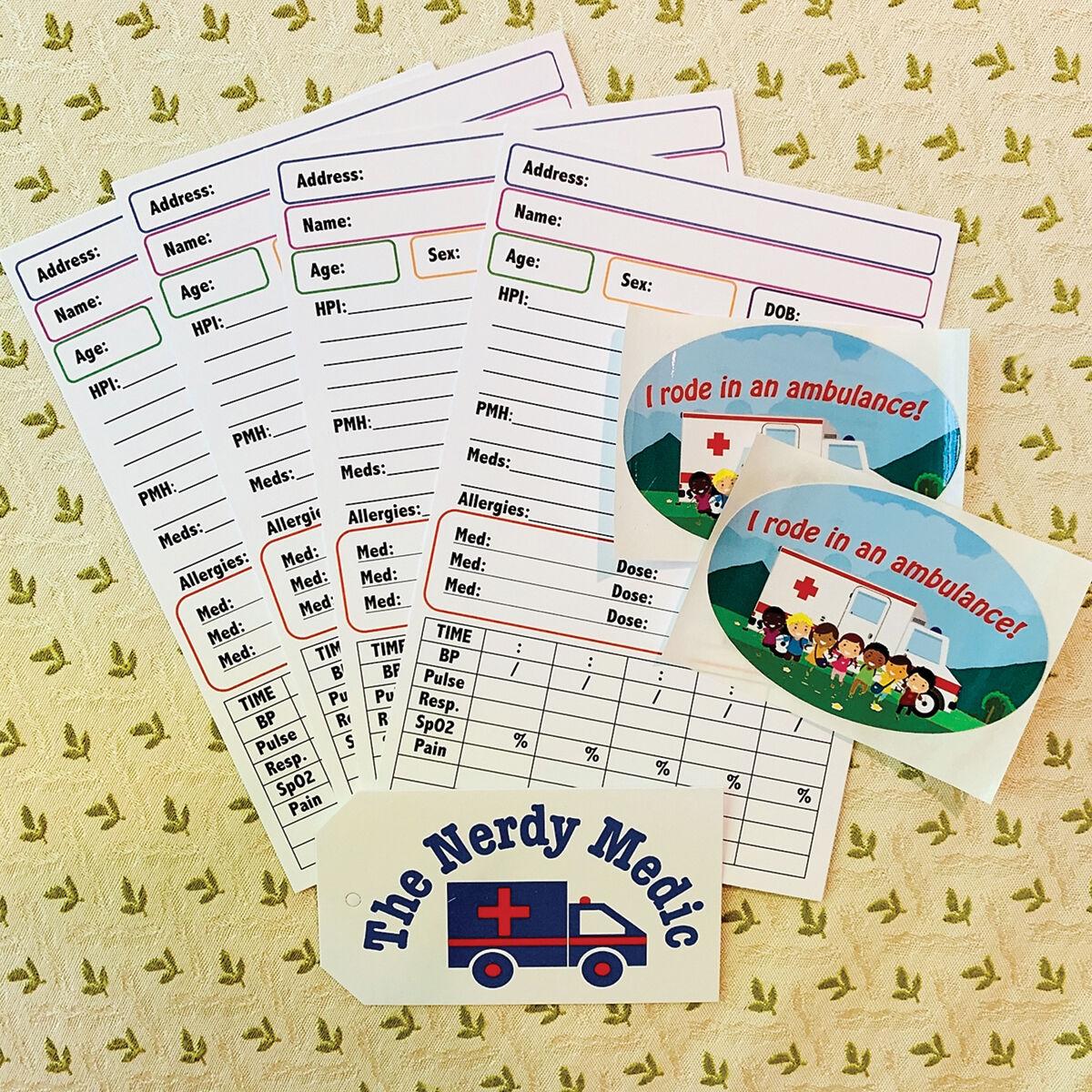 Run Cards sold by the Nerdy Medic come as individual cards that fit into a pocket and are not a notepad so that if one is splashed by a fluid the others are not ruined.

Mikaela Lazar shows samples of the Run Cards, the first product she developed for her startup the Nerdy Medic.

Run Cards sold by the Nerdy Medic come as individual cards that fit into a pocket and are not a notepad so that if one is splashed by a fluid the others are not ruined.

A paramedic from Charlotte has decided to embrace her nerdy side – and turn it into a business.

“In my paramedic classes I got the reputation of being a pretty big nerd. I would do all my reading and make too many flash cards,” Lazar said.

She got her license in paramedicine from Vermont Technical College in 2019. She became an emergency medical technician in 2015, as she was getting her degree via distance learning from the Berklee College of Music.

While she loves music, she decided to follow her fascination with human biology and helping people in need. Music is still an important de-stressor, something she said can be important for those working in emergency medicine.

“I love how relieved people are when we show up. We have a significant impact on people’s lives,” Lazar said.

She worked with Charlotte Rescue before going to school to become a paramedic. Now, or at least before the coronavirus quarantine, she works for the Newport Ambulance Service, based in Johnson.

The pandemic gave her time to explore starting her own business. Through thenerdymedic.com she sells run cards, code sheets, stickers to calm children and property labels, plus study aids like cardiac cheat-sheets and static cardiology scripts.

The run cards were created for others who share Lazar’s penchant for organization in an effort to make the confusion of an emergency situation easier to deal with.

They are separate cards, rather than a notepad, so that if they are splashed by fluids the whole pad is not ruined. This also helps avoid cross-contamination.

“We are not technically required to take notes, but there is far too much information to just remember it all,” Lazar said.

Inge Smith-Luce, director of the paramedic program at Vermont Technical College, said she was impressed Lazar’s organization. So much that she has brought the up-and-comer back to the school to tutor students.

Smith-Luce and her colleague in paramedicine have joked that they wished they could clone Lazar.

“She’s very methodical. The students who went through the program when she did really benefited from her organizational skills. I’m really excited to see what she’s created,” Smith-Luce said.

Early in her studies, Lazar got the chance to demonstrate a skill paramedics often have to wait a while to practice.

She was called to a three-story walk-up apartment where a mother was in labor. Lazar quickly realized they were not going to be able to carry the woman down the stairs and get mom and baby to the hospital in time.

“We delivered her in her room. I got my stork pin on one of my first calls as a paramedic student,” Lazar said.