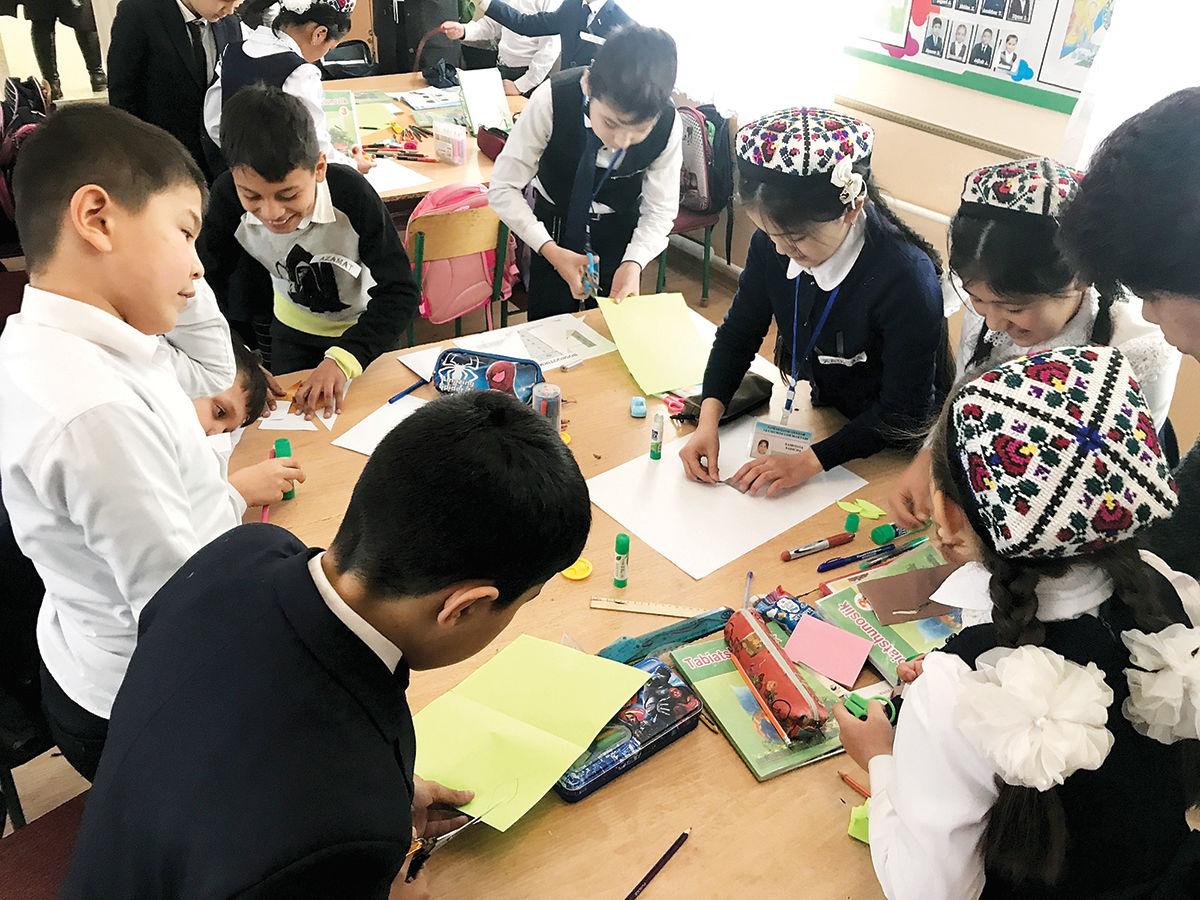 Students working on a STEM (Science Technology Engineering and Mathmatics) learning activity in one of Allan Miller’s classes in Uzbekistan. 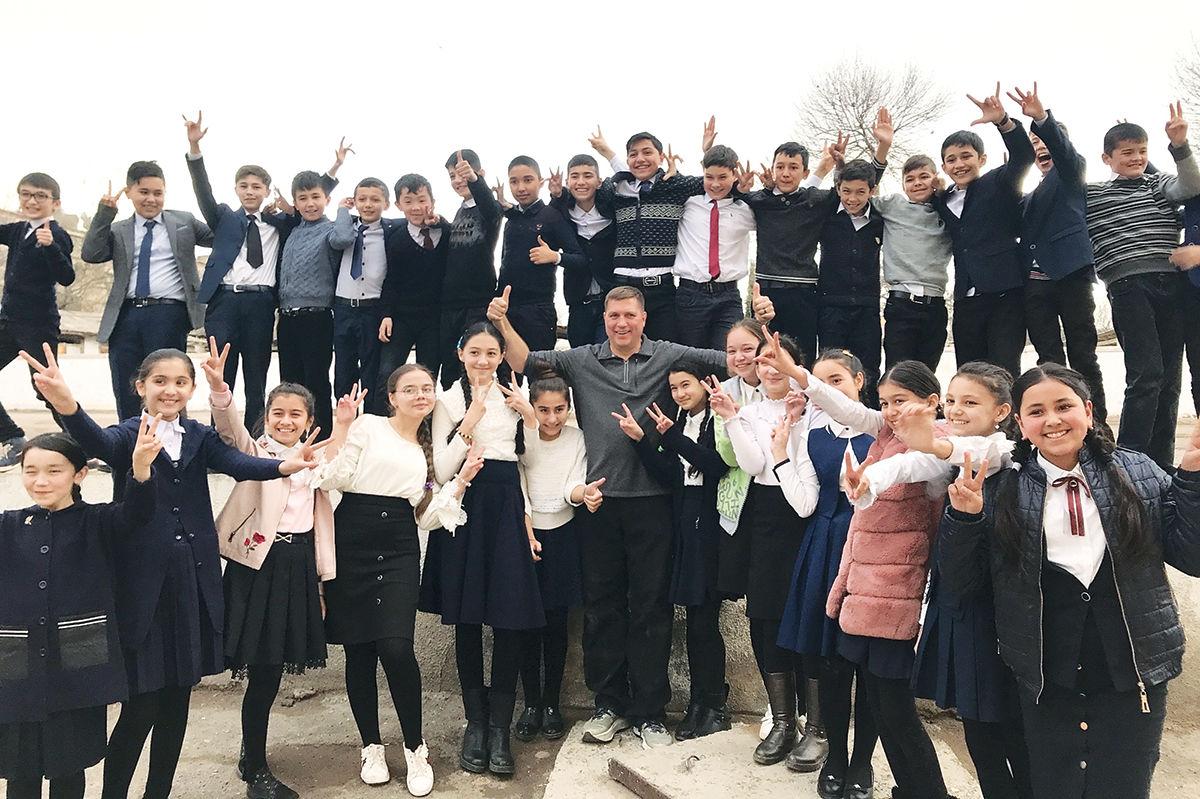 Allan Miller of Charlotte Central School (center) celebrates with sixth graders after his lesson with them.

Students working on a STEM (Science Technology Engineering and Mathmatics) learning activity in one of Allan Miller’s classes in Uzbekistan.

Allan Miller of Charlotte Central School (center) celebrates with sixth graders after his lesson with them.

After six weeks in Uzbekistan, Allan Miller was shocked flying back into the United States – on March 8 – at how different the response to the coronavirus here was from what he had experienced.

Miller, Digital Learning Leader and Performance-Based Learning Coach at Charlotte Central School, flew to Samarkand, Uzbekistan, in early February. He worried that he might not be allowed into the country because of the virus, but he made it.

The Uzbek borders were closed shortly after he arrived.

During his stay in the Central Asian country, he became accustomed to being scanned and scrutinized for symptoms.

Every time he got on a train, he said, there were officials scanning passengers with instruments, taking their temperatures without touching them. There were also officials watching people embarking or disembarking to see if anyone was coughing or appeared sick.

The same was true in the airport.

“I saw people pulled out of line,” said Miller who was a principal at Shelburne Community School for seven years before returning to teaching tech and science. When the coronavirus (COVID 19) appeared to have the potential of becoming a pandemic, Uzbekistan’s “immediate response was to close the border.”

On his trip back, he flew out of Istanbul, Turkey, another country which closed its borders around two months before the U.S. government began taking decisive steps to stop the spread of the virus.

According to Reuters, Turkey was among the last to report cases of coronavirus. On Monday, March 16, Turkey had 47 cases. On Sunday, Uzbekistan reported its first case of someone diagnosed with COVID-19.

A CDC (Centers for Disease Control) website reported that by Monday, 68 Americans had died from COVID-19 with 3,487 people testing positive.

Vermont reported having 17 cases as of press time.

Miller said he hadn’t watched much news during his six weeks teaching Uzbek teachers how to use tech to teach and how to empower kids’ critical thinking skills, so he thought the response in the U.S. would be more robust than it was when he returned.

“I imagined I’d immediately go into 14-day quarantine,” he said by phone on Friday.

After all of the measures he’d seen in Central Asia, he was surprised: “When I arrived at JFK, there was nothing. I was with people from at least five different countries. That was a shocking contrast.”

Miller said that part of the difference is probably due to the fact that Uzbekistan is an aristocracy where “your private rights don’t supersede the rights of the whole group.”

Libraries, closed to public, get creative

The area’s libraries are closed to the public as COVID-19 spreads, but they are not totally shut down.