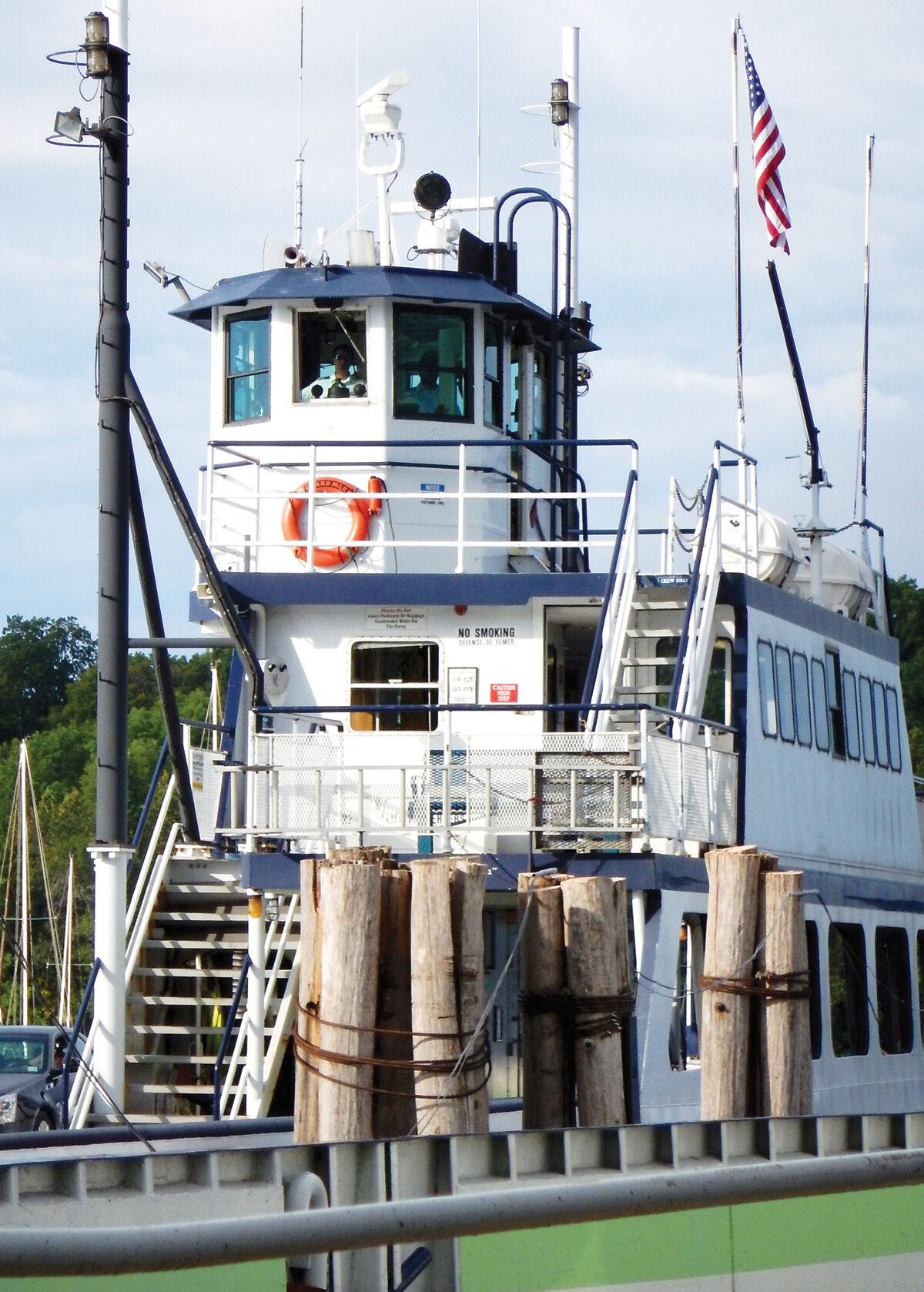 The Charlotte-Essex Ferry has been suspended by Lake Champlain Transportation. Because of declining ridership caused by the pandemic, the company says it is consolidating its resources to maintain service at the Grand Isle-Plattsburgh Ferry. 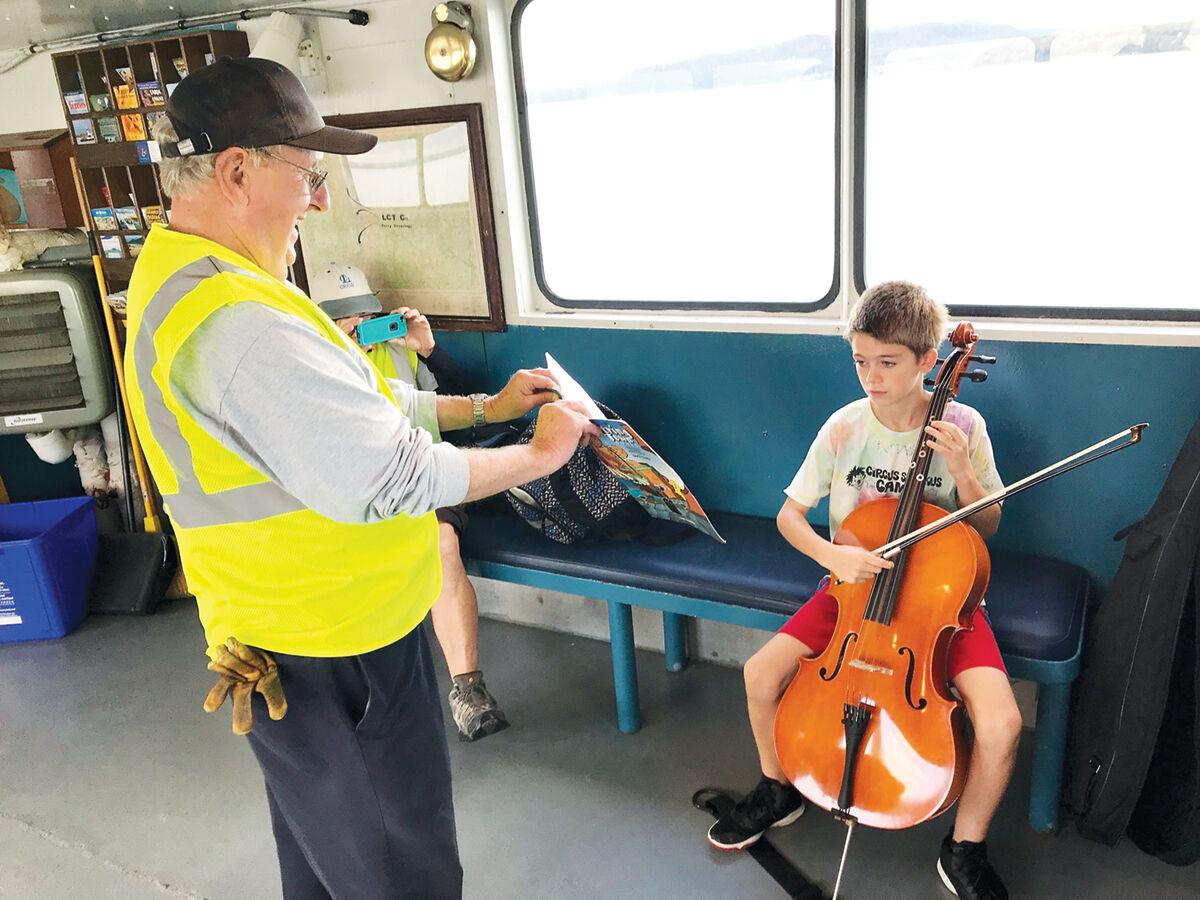 Oliver Hughes plays his cello on the ferry while one of the crew holds his music for him. 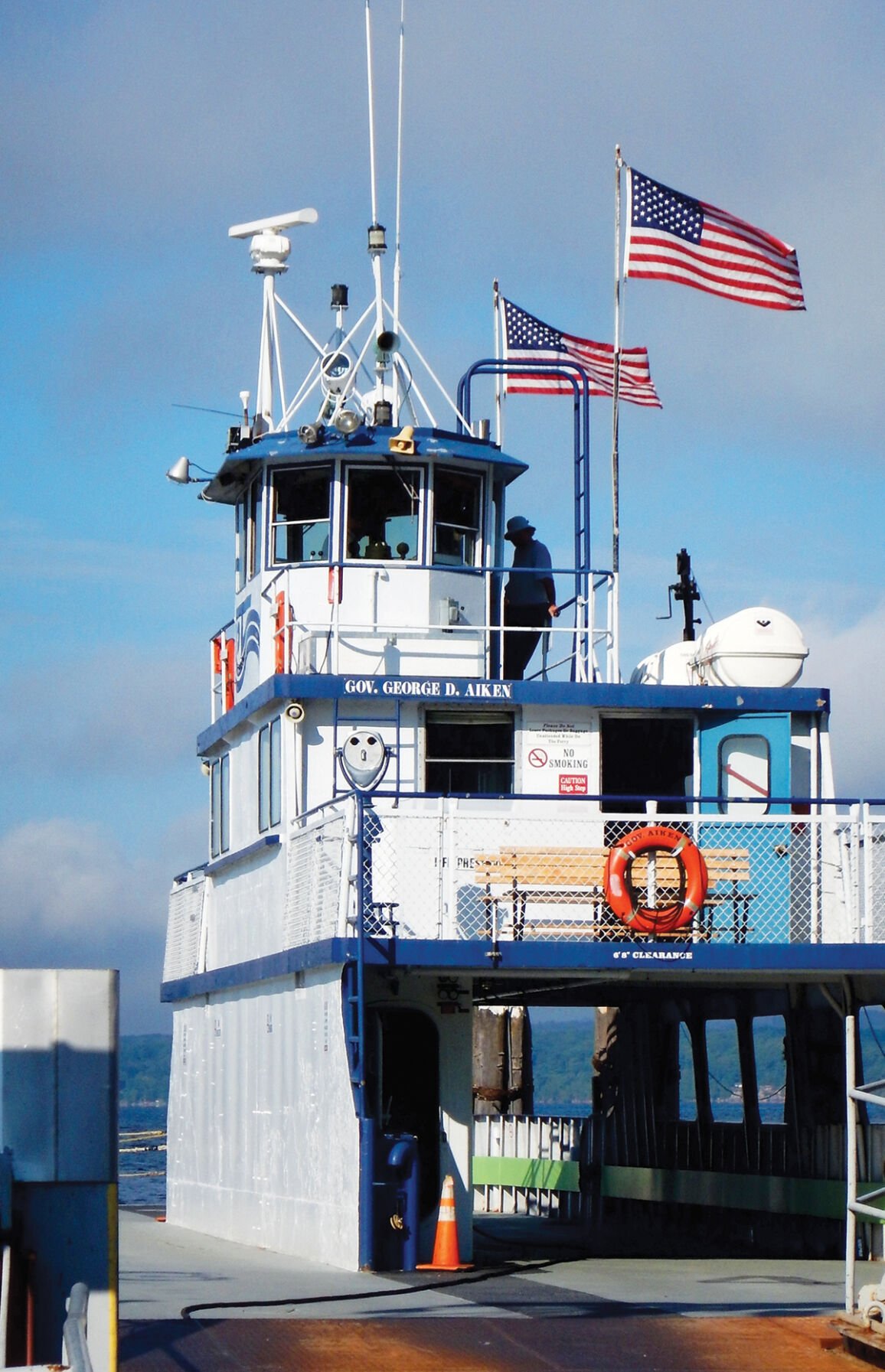 The Charlotte-Essex Ferry has been suspended by Lake Champlain Transportation. Because of declining ridership caused by the pandemic, the company says it is consolidating its resources to maintain service at the Grand Isle-Plattsburgh Ferry.

Oliver Hughes plays his cello on the ferry while one of the crew holds his music for him.

For about nine years, until last March when the pandemic shutdown in-school instruction, Essex, New York, town supervisor Ken Hughes’ children used the ferry to get to Lake Champlain Waldorf School. He or his partner, who worked as a chef at the school, would ride the ferry with them.

Hughes said his children are now attending a Waldorf-type of school on the New York side of the lake.

The ferry ride was amazing, he said. “The things that we saw and the people we met are just incredible. We’ve seen so many amazing outdoor sunsets and there have been amazing sunrises.”

On their commute, he and his children have seen snowy owls on the lake when it’s frozen enough for animals but not enough to stop the ferry.

Hughes said he had met incredible people on the ferry, including ferry crews who “became like a second family to us.”

Now to get to Shelburne from Essex he would drive south to the bridge at Crown Point and then north, which adds 30-45 minutes to the drive each way.

The Charlotte-Essex Ferry’s last day of operation, at least for the time being, took place Jan. 4, dropping anchor despite considerable backlash about the termination of ferry service at this crossing.

Hughes began a petition asking for the ferry service to continue.

On Dec. 31, he said there was an increase in support for the petition, and in the previous 24 hours the number of signatures had gone up by 430 signatures to a total of 3,434 — a more than 14 percent jump in a day.

Hughes attributed the increased support to a bump in news stories about the closing.

He thinks there are still six or seven students going to Lake Champlain Waldorf School, each with up to three hours of driving to make the commute.

Hughes said he doesn’t know how many people use the ferry, but he has seen the boat on a recent Sunday afternoon when it appeared to be 75 percent filled with cars coming to New York, and almost that many cars waiting to get on for the trip back to Charlotte.

Jessica Veltkamp is an obstetrician/gynecologist working in Plattsburgh, New York, who lives in Charlotte very near the ferry.

She’s used the ferry for her commute for about five years.

Although having the ferry closed adds to her commute time, when the weather is OK; when she gets off the Grand Isle ferry, she’s relatively close to her work.

Treacherous early morning roads are another story, though.

She knows of people in Charlotte who work in Elizabethtown, New York, and the lack of a ferry adds a good bit of driving time for them, Veltkamp said.

The ferry’s closing also suspends the relationships she enjoys with the ferry crew who, she said, have become friends.

Veltkamp said one of the men is her dog sitter and “one of the women on the boat comes to our kids’ basketball games and to their plays.”

Shelburne’s selectboard passed a resolution on Dec. 22, calling for the Lake Champlain Transportation Company to reconsider its decision to suspend ferry service.

The ferry’s closing is a regional issue — and a medical issue — according to Shelburne Town Manager Lee Krohn. There are doctors who work in hospitals on either side of Lake Champlain who depend on the ferry and patients who cross the lake for medical care, he said.

The ferry is routinely used by people on the New York side of the lake who bring their children to the Lake Champlain Waldorf School in Shelburne, Krohn said — including Hughes, who used to bring his own children across the water.

The petition Hughes initiated says, “This crossing serves a great many people for a great many reasons. Closing it requires those individuals (some who are elderly, some who are health compromised) to seek alternate routes or change their plans completely, which could be life or death decisions that they are making.”

Hughes said the closing of the ferry has deep impacts on its loyal customers.

He has sent the petition to the legislatures and governors of both Vermont and New York.

With a new round of stimulus funding coming, he wondered about the Lake Champlain Transportation Company’s eligibility this time around.

Hughes said he doesn’t know how many people use the ferry and he has asked Lake Champlain Transportation for those numbers, but the company wouldn’t release the information, citing security concerns.

Several phone calls and emails to the company seeking more information about the ferry were not returned as of press time.

Heather Stancil. operations manager for Lake Champlain Ferries, said in a statement the Charlotte-Essex Ferry was being temporarily suspended because of a decrease in ridership because of the pandemic.

The company is consolidating its resources at the northern ferry crossing at Grand Isle to Plattsburgh.

“We will resume service at our southern crossing as soon as we are able,” Stancil said.