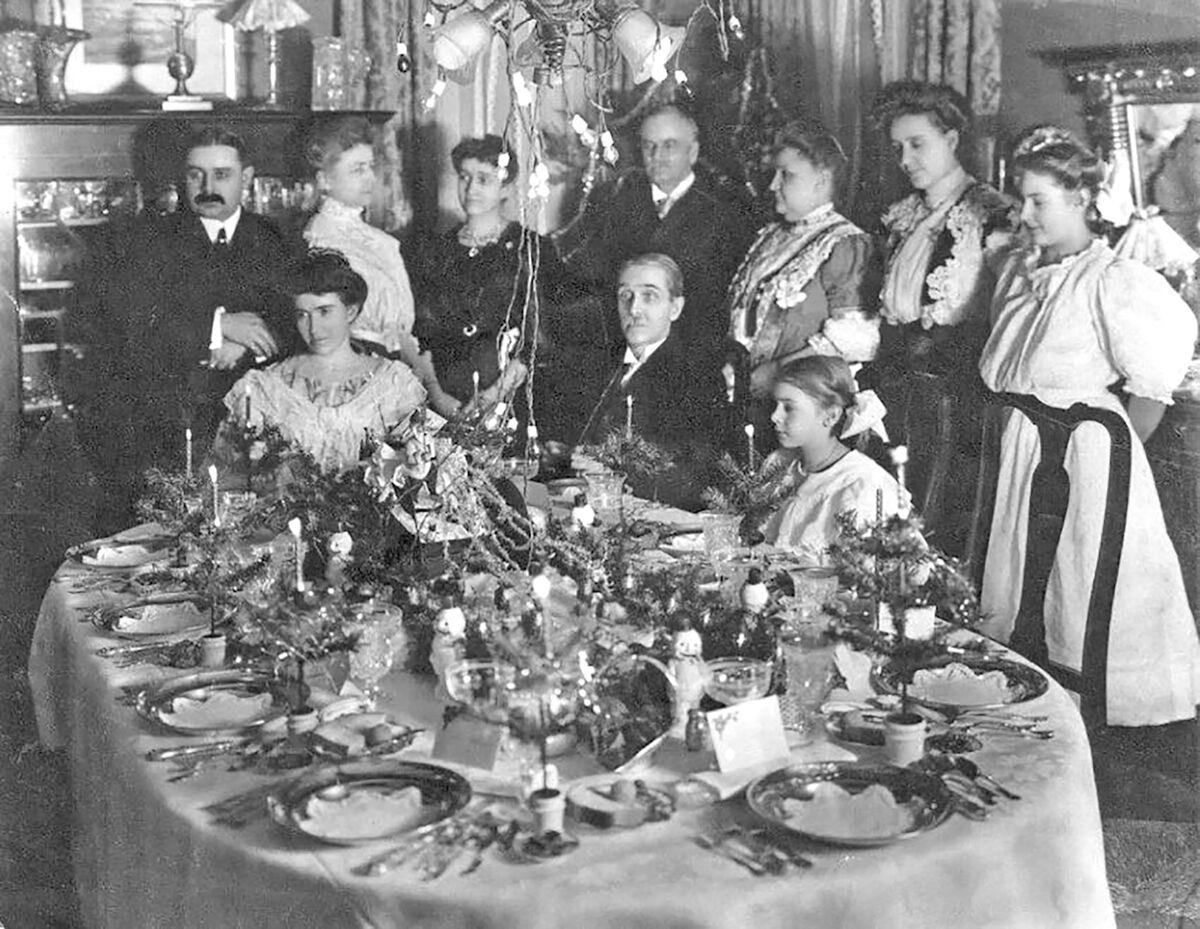 Ken Turino of Historic New England gave a Zoom talk in November on four centuries of Christmas in New England with many images from the past to illustrate the development of the holiday. 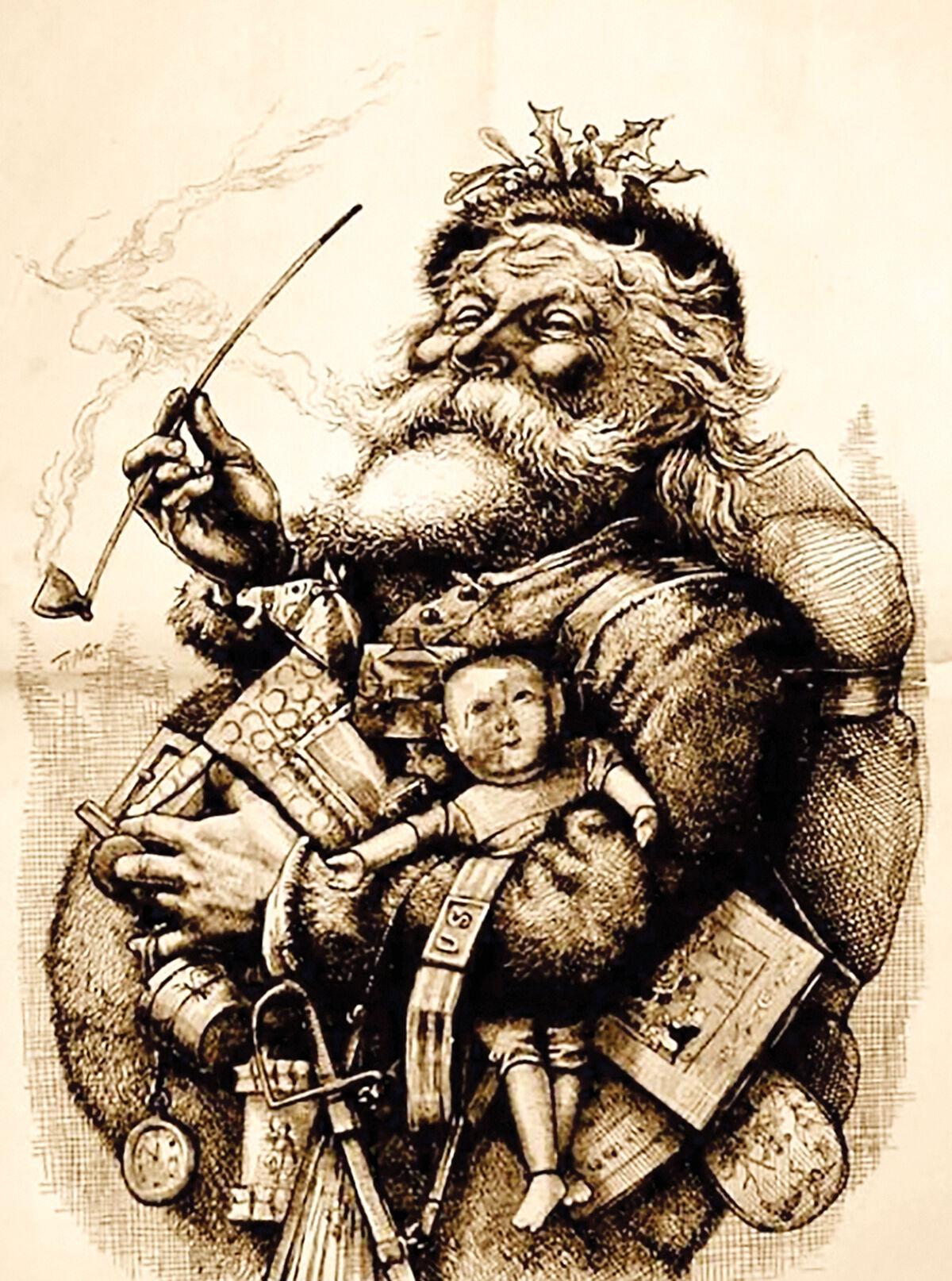 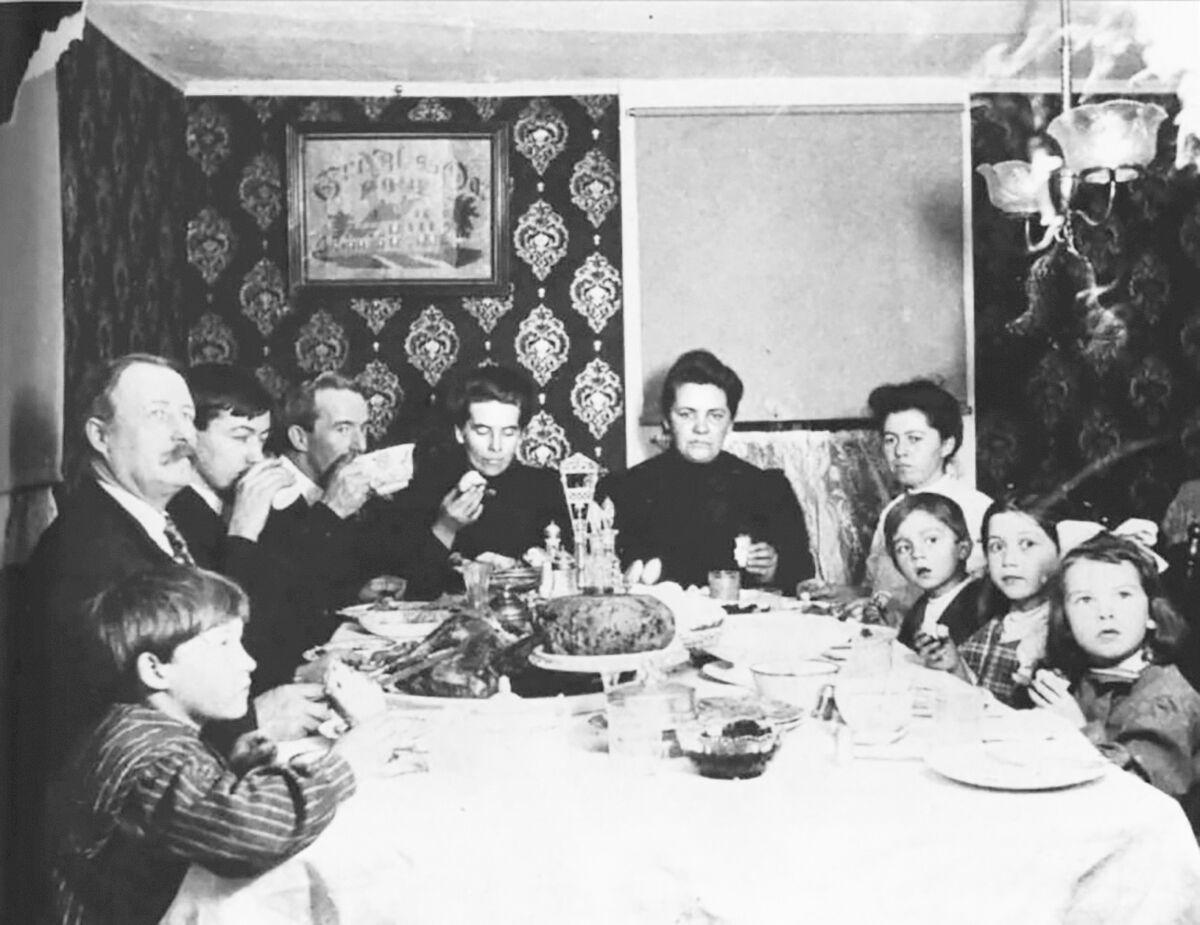 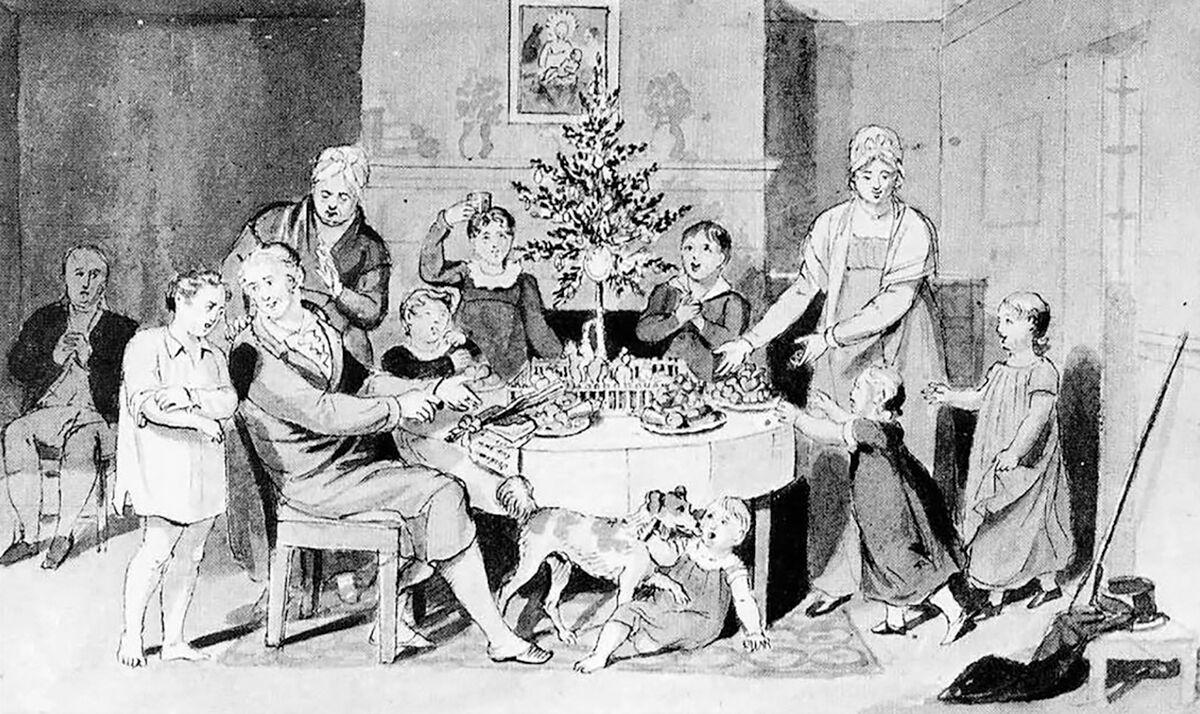 Ken Turino of Historic New England gave a Zoom talk in November on four centuries of Christmas in New England with many images from the past to illustrate the development of the holiday.

Four centuries ago, celebrating Christmas was a defiant, possibly even revolutionary, act.

Ken Turino, from Historic New England, gave a talk via Zoom late last month sponsored by the Chittenden County Historical Society, about how the observation of Christmas has evolved, particularly in New England.

The northeastern corner of the country was settled by Puritans who didn’t hold with lively commemorations at this time of year – or any other.

Before the Puritans, Christmas was not silent night, holy night. The celebrations were rowdy — “lots and lots of drinking,” Turino said.

Christmas was an occasion for turning the social hierarchy upside down and inverting designated roles of gender or class.

When the Puritans came to power in the mid-1600s in England, the Puritan Parliament made a point of holding regular sessions on Dec. 25 in an effort to make sure people worked on that day.

Under the Puritans, Parliament worked to suppress the traditional observance revolt, Turino said.

In New England, the Puritans were even more successful at stifling the settlers’ Festivus yearnings. William Bradford, who came over on the Mayflower and was governor of the Plymouth Colony off and on for 30 years, bragged in his diary about putting the kibosh on one of the first Christmases in the New World in 1621.

When he found some revelers in the street, Bradford ordered them back to work, he wrote.

“So, Christmas was outlawed in New England, not just in Massachusetts. The ban was not repealed until 1681 by the Massachusetts General Court,” Turino said.

As the country became more ethnically and religiously diverse, celebrating Christmas depended upon religion. The Congregationalists held out against the tide of Christmas tidings for longer than many other Christian denominations.

Turino said in the United States’ early days, the two biggest holidays were when the new republic “shook off the yoke” of oppression and the birthdays of the fledgling democracy’s biggest heroes — Fourth of July and George Washington’s birthday.

Finally, in the 1800s Christmas Day started to come into its own as a heavy weight among holidays. It remained a workday until late in the century, though, Turino said.

Around the 1870s the tradition of decorating churches began; decorating homes happened later.

In the middle of the 19th century, church Christmas fairs began appearing as a way of tempering the intemperance. At these fairs the first Christmas trees showed up, Turino said.

Many traditions came from Germany. In the middle of the 19th century Prince Phillip of Germany married Queen Victoria and proved to be a Christmas influencer, hanging the first glass Christmas tree ornaments.

Santa puts on weight and a beard

Santa Claus also changed during the 19th century. Some of the early images show him as young, blonde, beardless and not dressed in red, Turino said, and he demonstrated this point with clean shaven, svelte Santas from the 1800s.

The Americanization of the holiday affected its patron saint. Clement Moore popularized the image of a chubby and more egalitarian Santa with his poem “A Visit from St. Nicholas.”

By portraying St. Nick as a peddler, “Moore managed to invoke the integration of the social classes and assumed a shared festivity,” Turino said.

There are accounts of people breaking into homes and demanding food and drink in New York, but he said, “A Visit of St. Nicholas” helped to quell rowdiness and transform Christmas into a children’s event.

The poet Henry Wadsworth Longfellow wrote in his journal on Dec. 25,1856: “Not a very merry Christmas. We are in a transitional state here in New England. The old Puritan feeling prevents it from being a cheerful party holiday.”

Even he could sense that the celebration of Christmas might be starting to change, Turino said.

The mid 1800s saw Christmas become firmly established as the most popular holiday of the year — though most still had to work, until the 1880s.

In the 1880s, the famous cartoonist Thomas Nast, known for drawing the elephant as a symbol of the Republican party, the donkey for the Democrats and popularizing images of Uncle Sam, gave Santa a North Pole address.

Turino said he didn’t know why, but before this, Santa’s home was in Spain.

With the shift to a younger crowd came commercialization.

Turino shared an ad from Middlebury in 1874 that said in large letters, “Santa Claus is coming,” and in smaller letters, “His baggage is arrived and is open for inspection.” The ad claimed the store had “the largest stock of toys and fancy goods ever opened in the county.”

By the early 20th century, Santa was selling Coca Cola, chocolate … and cigarettes.

The first mention of Mrs. Claus that Turino has found came in 1899.

In 1923, the first National Christmas Tree at the White House was instituted by Pres. Calvin Coolidge — from Vermont.

The first fake tree came from Germany, in the 1890s, made with ostrich feathers.

Trees in the 1930s were made with toilet brush filler, later replaced by metallic trees with light wheels.

The 20th century also brought Rudolph to Santa’s team of sled deer, inspired by a song that was popularized by “the singing cowboy” Gene Autry.

The first film version of “A Christmas Carol” appeared in 1905, a silent movie that was only five minutes long, more than a little different than today’s movie marathons.

As he closed his lecture, Turion mentioned some weird Santa sightings — arriving on a lobster boat in Kennebunkport, Maine, for example, and Boston’s Santa Speedo Run where participants run a mile dressed in Santa beards, Santa hats and Speedos to raise money for middle school sports.

“It will be interesting to see what happens in the 21st century, what traditions and adaptions of the holiday festivities will be. One thing I can tell you for certain is the holiday is going to adapt,” Turino said.