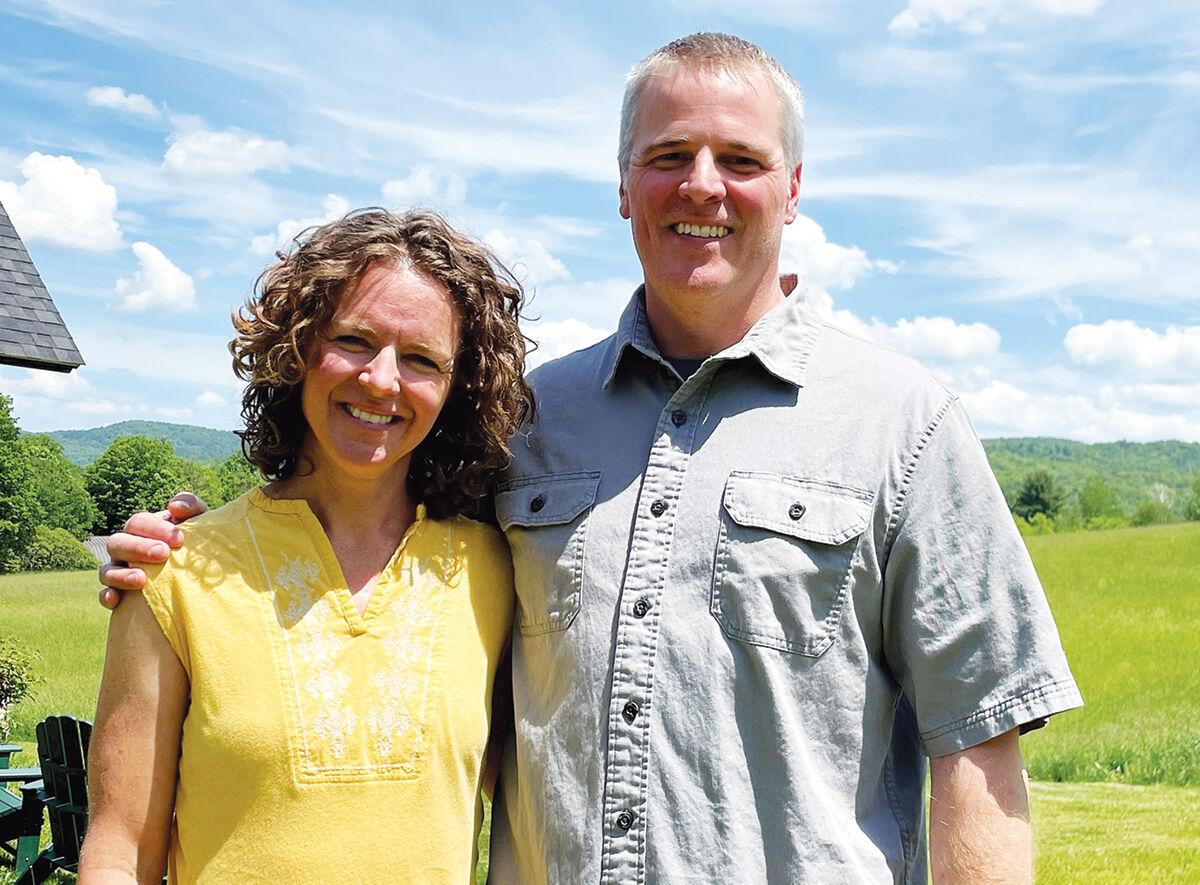 Amy and Matt Sayre at The Sayre Fields, their farm in Hinesburg where organic aronia berries are grown for Shrubbly, their organic, antioxidant drink. 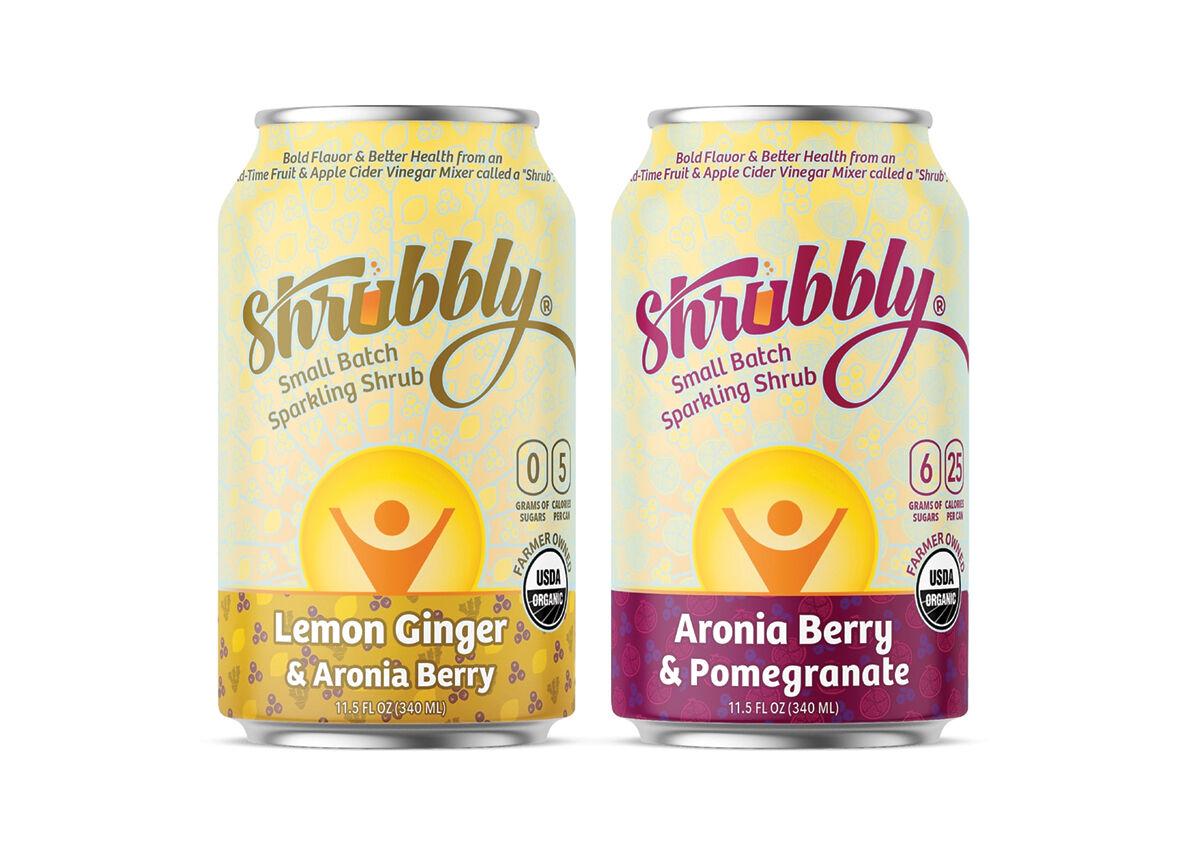 Amy and Matt Sayre at The Sayre Fields, their farm in Hinesburg where organic aronia berries are grown for Shrubbly, their organic, antioxidant drink.

Matt Sayre picked a profound date to launch Shrubbly, the berry-flavored drink he pinned his hopes on to make his family’s Hinesburg farm profitable — 2/20/2020.

“We had our cans on shelves. That was our big launch moment. That’s when we first got into Lantman’s,” Sayre said. “It really started to sell well in those markets and cafes and then — you know what happened after that.”

Less than a month later, businesses and schools closed as the COVID-19 pandemic swept across Vermont and the nation.

Shrubbly is a portmanteau of shrub and bubbly. A shrub, Sayre discovered as he researched a way to use his berries to make a commercially viable canned drink, was a popular drink mixer dating back to the 15th century.

A shrub, or “non-alcoholic syrup made of a combination of concentrated fruits, aromatics, sugar and vinegar,” preserved fruits before refrigeration was invented.

“What emerged was, in a sense, a fruit juice vinegar that was lightly sweetened with sugars and used as a cocktail mixer,” Sayre said.

When refrigeration came on the scene, shrubs fell out of favor and were forgotten, until being rediscovered by small Pennsylvania farmers in 2012.

At a business lunch in Burlington, Sayre saw a drink on the menu called a raspberry shrub. He tried it. He liked it.

“It was refreshing, but it was way too sweet, and I thought, OK, there’s an idea for something we could make with the berries we grow,” he said.

But not so sweet.

Little house on the berry

In 2010, Sayre persuaded his wife, Amy, that selling their home in Burlington’s New North End to buy 15 acres in Hinesburg to start a berry farm was just the thing for them to do.

So, the Sayres bought a property from the Hinesburg Land Trust, which sold below market value because the Sayres agreed to keep the property in agriculture.

“Matt and Amy had an interesting proposal that seemed like it would work for those 15 acres. They showed they had the resources and the talents to make it happen,” said Andrea Morgante of the Hinesburg Land Trust.

Their plans for a berry farm fit the goals of the land trust, which started in 1989 to work with landowners to conserve farm and forest land.

As they built their new home on the farm in 2011, the couple had a child while Sayre continued to work full time at the University of Vermont where he develops educational programs outside traditional undergraduate and graduate courses.

As he finished the house, Sayre thought a lot about what sort of berries he would grow. Initially, he thought he would plant the usual suspects — blueberries, strawberries or raspberries.

But as he considered the impact of climate change, he decided to grow a resilient crop that could weather any extremes.

He came across a study on aronia berries as a potential new sustainable crop for the Northeast. After attending a workshop in Maine, Sayre was convinced.

Native to eastern North America, aronia berries are also known as chokeberries and are prized for its probiotic properties.

From the road, their berry bushes look like blueberries.

“The berries themselves are about the same size as blueberry. It’s a little less plump. The berry itself is not something that most people pick and eat right off the bush,” Sayre.

When the pandemic shutdown came, Sayre had to rethink his marketing strategy. With the economy in freefall and many storefronts and retail outlets closed, he came up with a new strategy. He extolled his new drink directly to his neighbors.

“Community members responded saying, ‘Yes, if you’re willing to deliver to my doorstep, I will order,’ ” Sayre said.

He’s upbeat about Shrubbly’s chance for success, citing data that says there has been a “662 percent growth for probiotic-type functional beverages” like Shrubbly over the last year.

Although he’s been making and selling Shrubbly for almost a year and half, the lifting of pandemic restrictions makes Sayre feel like he’s just getting started.

Sayre is now looking to ramp up production and drive the cost of the beverage down. To do that, however, he needs to raise additional capital. The drink sells for $3 a can.

Initital investment funds came from friends and family, but now he’s looking for bigger investors and he’s confident he will find them.

Sayre processes his berries at A Drop of Joy, a craft-focused food production company, in Williston. Owner Joshua Pfeil called Sayre a clever, hard-working guy, and said Shrubbly is “a great product.”

During the pandemic, Sayre and his 15-year-old daughter Josie employed a simple distribution strategy. With learner’s permit in hand, she drove her dad around as he got Shrubbly into the hands of vendors and customers, and she got valuable driving experience in return.

Now, the company has a bona fide distributor.

Shrubbly — the only shrub-based, ready-to-drink, sparkling beverage in New England and one of only a few in the United States — is distributed all over Vermont and the company is beginning to find traction with vendors from southern Maine to Rhode Island.

And Josie got her license.