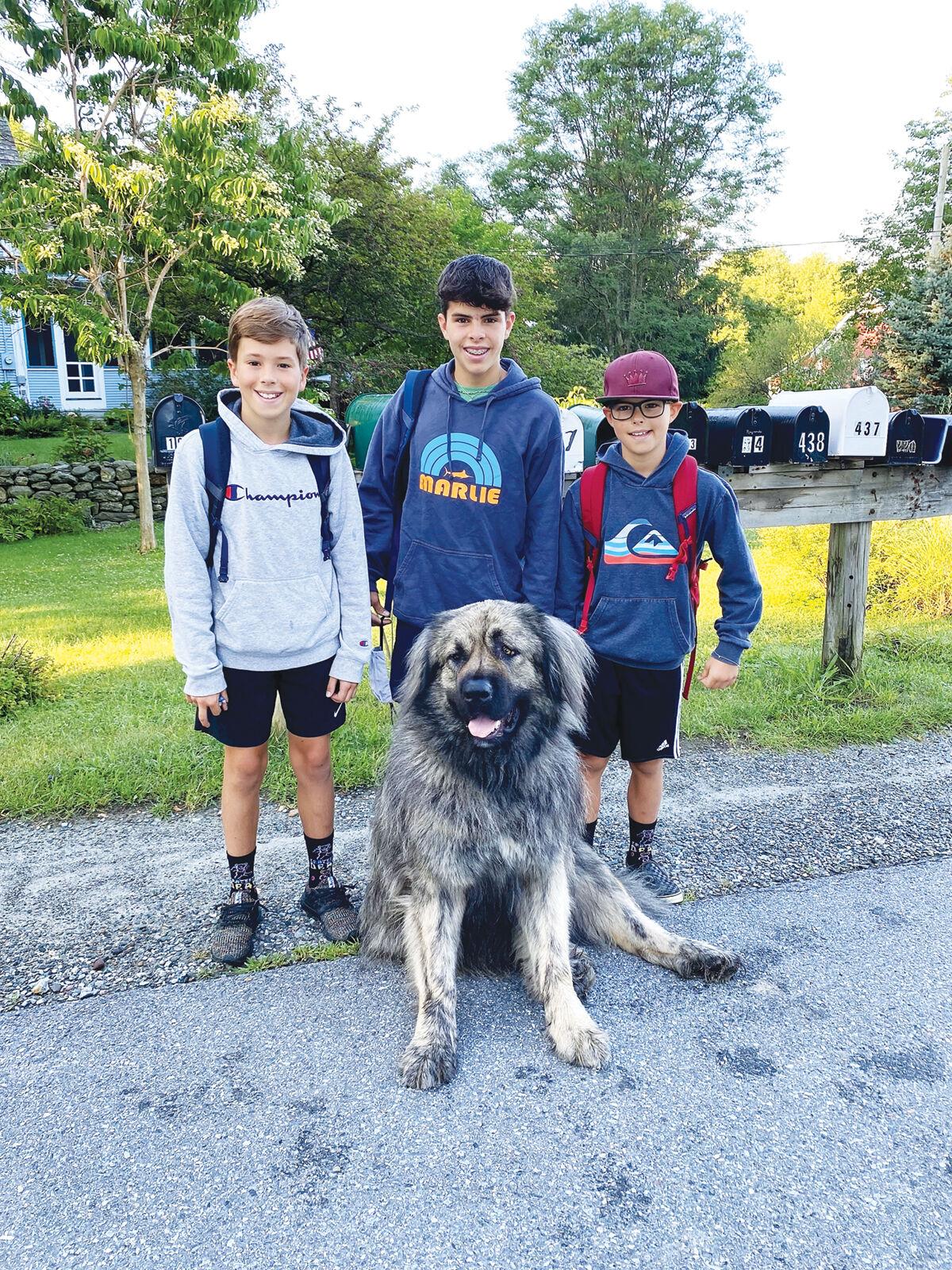 From left, brothers Max, Anderson and Reeves Howard get ready for Hinesburg Community School without Samson, who has no doodle in him as a bona fide Russian bear dog. 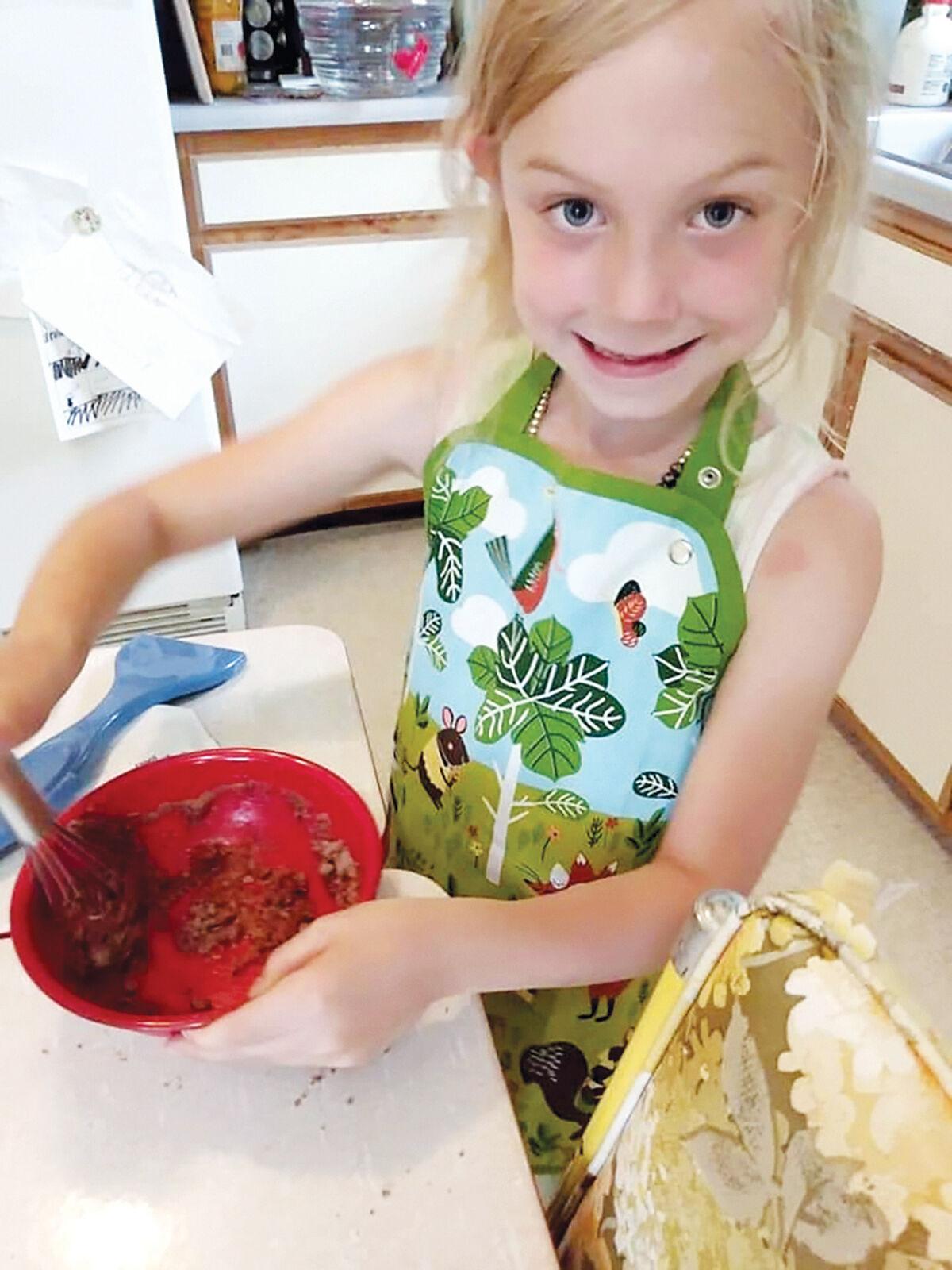 From left, brothers Max, Anderson and Reeves Howard get ready for Hinesburg Community School without Samson, who has no doodle in him as a bona fide Russian bear dog.

The Shelburne News talked to brothers Anderson, Max and Reeves Howard last year after their first week of school at Hinesburg Community School.

This year they agreed the beginning of the school has been a bit noisier than a year ago. That’s probably because there’s about twice as many students from when the student body was split in two with each half attending on alternating days.

While school may not seem completely regular to the Howard brothers, it feels mostly regular.

Fourth grader Reeves said he likes masks because they make him feel safer, but it’s bothersome when his mask fogs up his glasses.

Anderson, a seventh grader, got braces during the interim, but no one even knew because of his mask.

He said he didn’t see that as a mask-wearing advantage because he doesn’t care if people see he’s got braces.

This year, Max is looking forward to making a solar oven, a project students use to bake s’mores.

Anderson is looking forward to playing cricket or quidditch, the wizarding sport adapted — sans the flying —  from the Harry Potter books.

The brothers like everyone being back in school mixed together without cohorts, the groups students were divided into last year to minimize contact and maximize social distancing.

Last year as we talked, the Howards were getting ready to head out to school. In the background Samson, their Russian bear dog, was letting it be known that he didn’t like the idea of his boys leaving him for the day with a deep and rumbling bark.

This year Samson’s not complaining as much. He’s 3 years old, less puppy and more dog, confident the boys he loves guarding will return in the afternoon after school.

Although Jack Ahrens is glad to be back with his friends in the sixth grade at Shelburne Community School, he didn’t want summer to end.

The weirdest thing is how hot the first days of school were, Ahrens said. His soccer practice was canceled because of the heat.

Except for wearing masks and socially distancing, he said school seems like it did before the quarantine.

Fifth and sixth graders in Shelburne Community School teacher John Madden’s class don’t feel like school is back to normal, but it’s not too odd. They’re getting used to it.

It’s the “new normal,” they told him.

One of his students said the thing they were looking forward to the most is “not working online anymore!”

Another said, “I was looking forward to seeing my friends, having a fresh start with new teachers, a new team and a new part of the school.”

Wearing masks is not such a big deal and for the most part, except when it’s hot and sweaty, they have gotten used to it. One of Madden’s students said, “Sometimes it is tough to talk in it. It’s quiet and can mess up your words a little bit.”

Wren Gordon is glad to be in first grade at Shelburne Community School and happy to be seeing the friends she made during kindergarten.

The weirdest thing that’s happened so far: “This guy put spit in my hair.”

Gordon said the first days of school were noisier than last year.

After the school shutdown and after split shifts last year, Gordon said school seems back to almost normal.

Her school likes and dislikes are the normal ones of students over the decades. The least favorite is homework. The most favorite? Recess, of course.