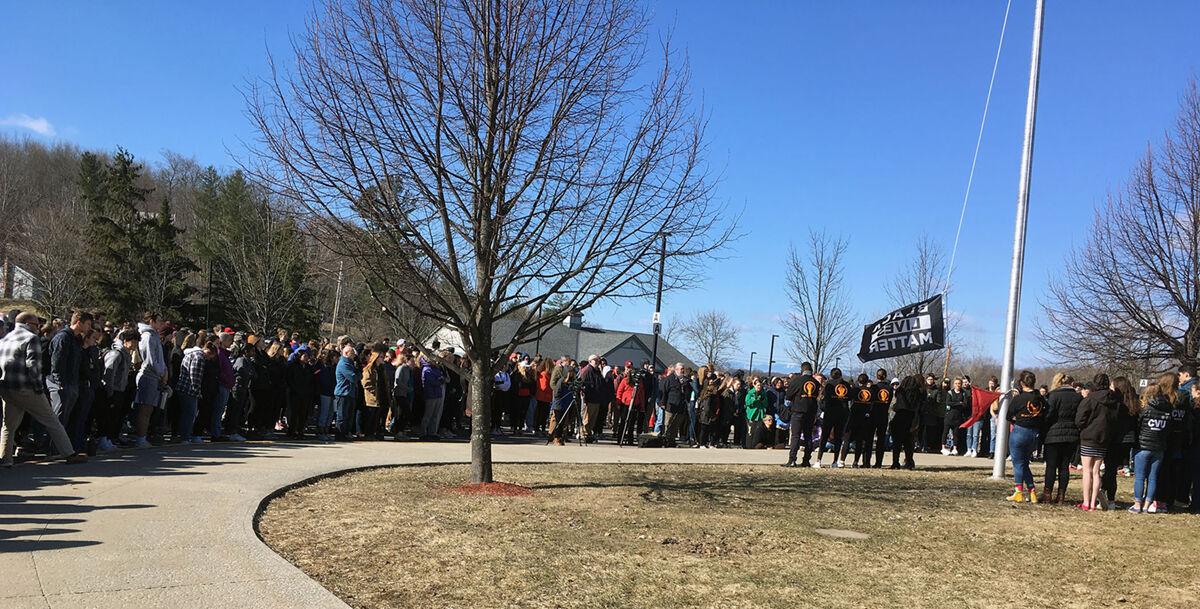 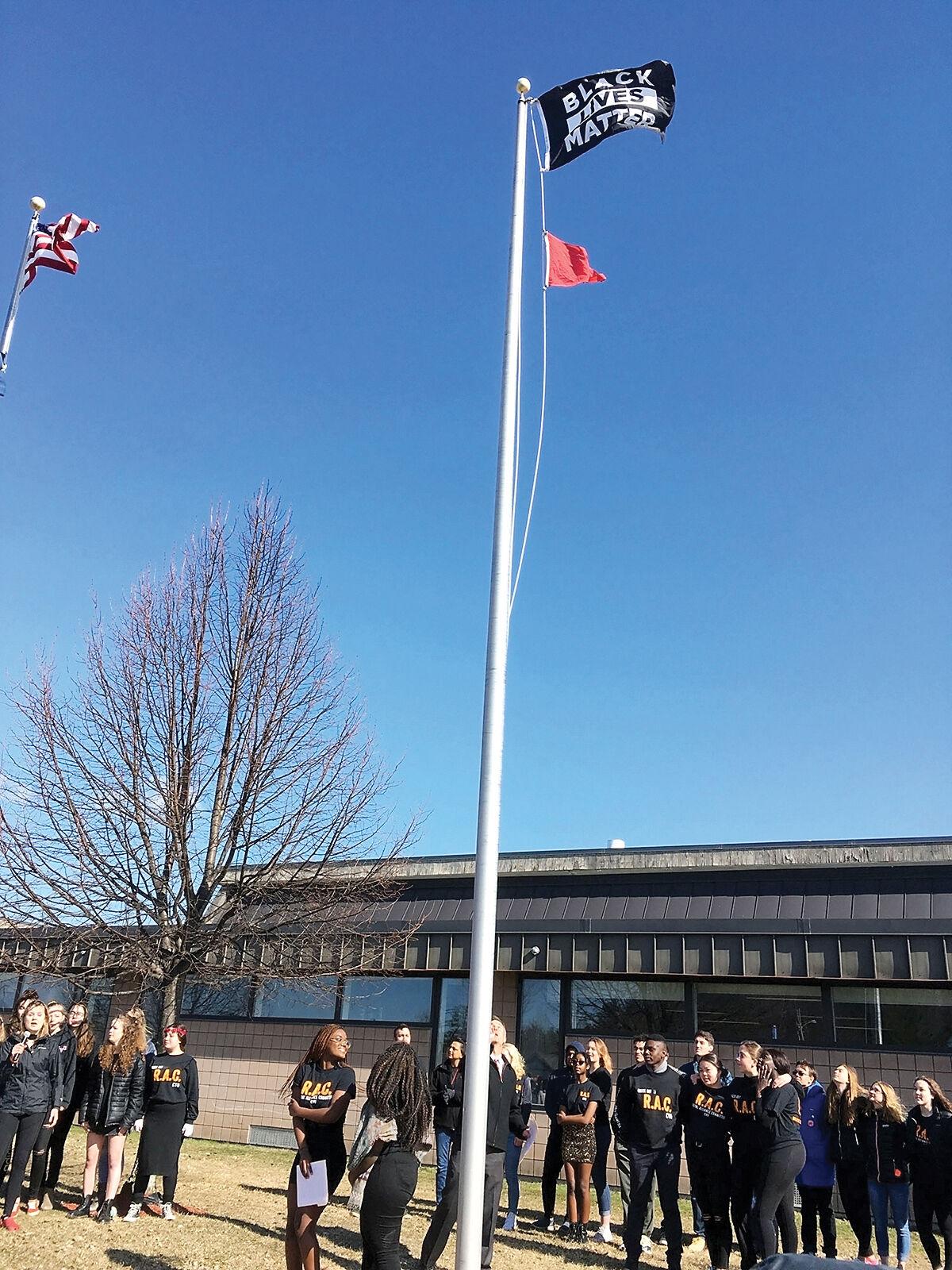 The Champlain Valley School District was all set to welcome a new Director of Equity and Diversity this fall. But the candidate they hired left the job after just a week, over a salary disagreement, The Citizen reported in July.

That meant it was back to the drawing board to search for and hire a new director.

The district still intends to hire a Director of Equity and Diversity, said Mark McDermott, director of human resources. The board had a committee write a job description that will be posted “in short order,” McDermott said.

“The task list for that person was massive. There’s no way that one person would be able to be successful in all of the work that needs to be done in that position,” Yasamin Gordon, planning room co-director at Shelburne Community School, said.

That’s why she and Hinesburg Community School counselor Vicki Mascareño Nelson came up with an idea: lighten the load of the new director and begin equity work at the start of the school year with part-time diversity, equity and inclusion coaches in each of the district’s schools.

They brought their proposal to the central office, who loved the idea.

There is a coach at each of the schools, two at the high school and one in the central office.

As lead coaches, Mascareño Nelson and Gordon serve all of the schools.

All are faculty members and have added the role to their primary responsibilities, Mascareño Nelson said.

“Before the pandemic we know that there were major opportunity gaps within different social, economic households across our district. And I would say that COVID has exacerbated opportunity gaps for minoritized populations, our students of color,” Mascareño Nelson said.

“Students who have special abilities. That’s a national trend too, it’s not just within our community,” Gordon added.

The idea is that coaches will help establish a systemic approach for the district to create an environment that promotes equity from race to socioeconomic status and ability.

The coaches also hope to use data to help reduce equity gaps for underrepresented populations, and provide resources and education to their colleagues, she said.

They started in October with weekly planning meetings, and attended a four-week, 10-hour, racial equity training through the Equity Literacy Institute.

“We are looking for a transformative change versus just the mitigative change,” Mascareño Nelson said.

They know there are a lot of band-aid solutions that work for the present but want to make bigger changes in the form of culturally responsive practices across the district, she said.

Transforming curriculum may be one method to help the effort, Gordon confirmed. Examples being a fresh look at social studies curriculum, teaching Black History and Latin History beyond the months named for them, and teaching disability awareness in schools, Gordon said.

Another means is to involve faculty, students and the community in conversations about equity, she said, and to provide educational opportunities like explaining the importance of the Black Lives Matter flag raising that occurred across the district this summer

The work must be done by coaches, top-level administrators and everyone in between, Mascareño Nelson said.

Ahead of the headlines?

Ideas about creating equity in the district predate national headline-making things like the killing of George Floyd, a Black man from Minnesota, last May.

Gordon and Mascareño Nelson have talked about equity for years.

Mascareño Nelson identifies as white-Hispanic. She was raised in Cleveland.

Gordon grew up in Montpelier in one of two Black families in her community.

“I can’t say that I had a negative experience growing up in Montpelier, I love Montpelier, but there were hard conversations that my parents would have to have with us, and so I didn’t want that for my own child,” she said.

As planning room director, she handles bullying, hazing and harassment investigations. Through that work she has seen how opportunity gaps and discrimination effect students from special education to socioeconomic gaps, she said.

Mascareño Nelson sees it too in her work as a counselor.

“That stuff drives you, when you really see it from a grassroots level,” she said.

After getting the district’s green light to start the coaching positions, they helped interview interested faculty members.

“Representation was a big thing that we were looking for as well. We wanted to try to have as much diverse representation on the team as possible because this team represents our community which is quite diverse,” Gordon said.

It’s heartening to know that those people and others throughout the district would be working on the team, she added.

As for a timeline? The coaches hope to keep up the work until it’s no longer needed.

“We want to work ourselves on the job,” Gordon said.

If the coaches did that, it would mean that everyone had the tools to see through an equity lens themselves without needing an expert to come in, she added.

“That is something that clearly this country has been working on for 400 years and we’re still where we are,” Gordon said. “We know that’s probably going to take a very, very, very long time. Now it’s increasingly really important to come together and do this.”

CVSD Diversity Director out after less than a week