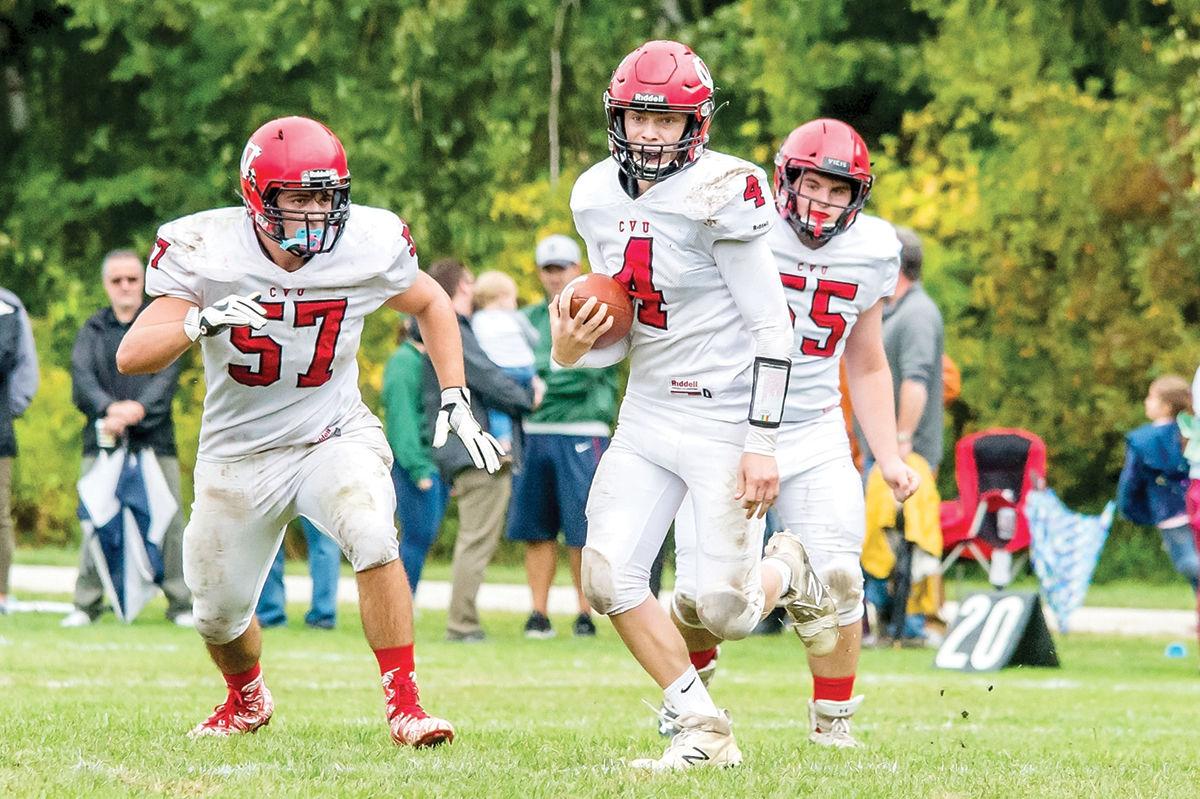 CVU’s Clayton Thorpe, 57, hopes to one day own his own gym. 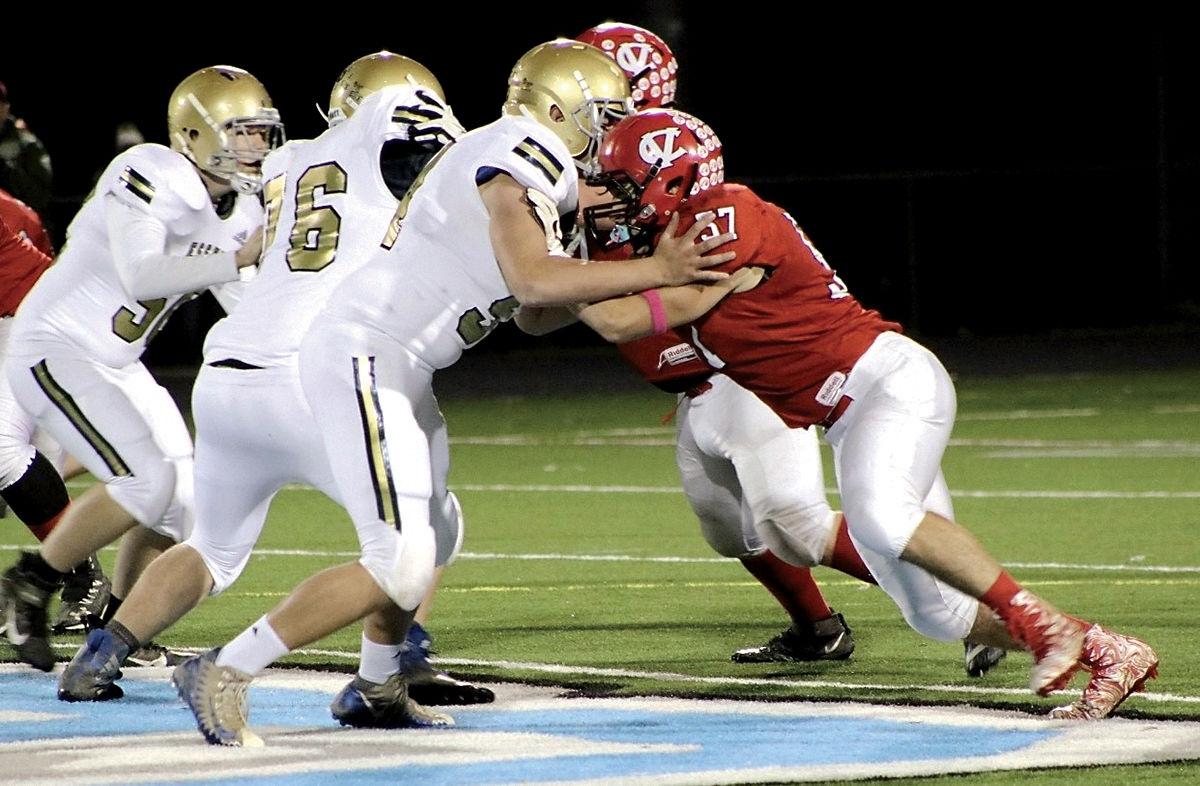 Number 57, Clayton Thorpe, staged an incredible comeback after a serious concussion. This year he was co-captain of CVU’s varsity team. 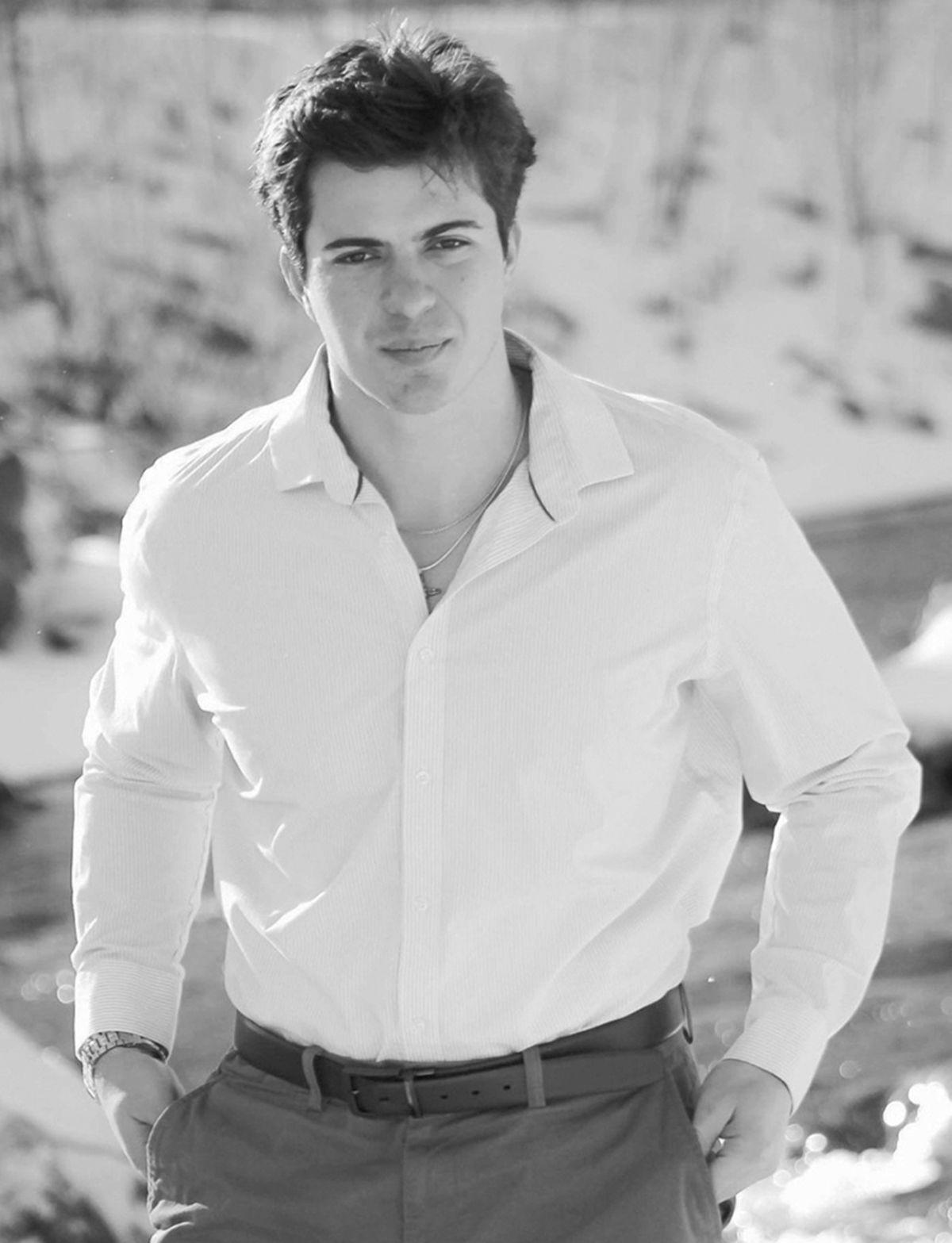 CVU’s Clayton Thorpe, 57, hopes to one day own his own gym.

Number 57, Clayton Thorpe, staged an incredible comeback after a serious concussion. This year he was co-captain of CVU’s varsity team.

Most people don’t know that, he said.

The stellar student athlete has faced trauma from his sport that most would expect to see at the professional level.

But he hasn’t let it stop him. In fact, the 18-year-old from Hinesburg will begin studies in exercise science this fall at the University of Vermont. He’s got a career as an athletic trainer – and gym owner – in his sights.

Fleming said Thorpe is one of the best offensive and defensive lineman in Vermont.

He’s also the type of person who will drive three towns out of his way to bring an underclass teammate to and from practice, Fleming said. “He’s a humble, gentle giant.”

Thorpe first found an interest in football playing the flag version in his younger years. He didn’t pick up the sport again until he was a sophomore at CVU, when he discovered that he had a seemingly natural gift for the game.

“I longed for him to play from the get-go,” said Fleming, a family friend.

His first year in the game saw him mostly on the sidelines, but Thorpe thinks he learned more that year than others with more play time.

“It’s good to put yourself in a place where you’re not the best,” he said.

He served as an offensive guard and, later, a defensive end during his CVU career

Accolades included the North-South game, which Thorpe said brought funky weather and a lack of practice going into it. The South team won.

They didn’t just win, “they rolled us,” he said. But – it was still a great experience, to be recognized as one of the best players in the state.

He also was chosen for the Shrine Maple Sugar Bowl at Castleton University, with teammate Zachary Gamelin. That is slated to happen Aug. 1 – coronavirus willing.

Aside from missing his usual fitness routine, the senior has spent a lot of time missing his classes, too.

“I feel really fortunate going to CVU. Ninety percent of teachers genuinely care,” he said. Since quarantine began, he said, he has missed the daily interaction with his teachers and sometimes has virtual “coffee dates” to check in.

“I don’t think he would be surprised to hear me say that I love him like he’s my own,” Fleming said. “And I dare say that it’s mutual.”

The summer after his sophomore year, Thorpe said he’d really “stepped it up,” for football, going to the gym a lot and working out 6-7 times a week.

He was feeling confident.

Then, during a practice before the season’s first game, he and a teammate had what should have been a perfect blocking drill. They bumped cleanly, chest to chest.

Thorpe stood up and remembers being out of it.

Despite not hitting his head, the whiplash from the connection gave him a concussion.

He dropped to the ground on all fours. He was hearing people around him, but their words weren’t reaching him.

Traipsing across fields to where a girls’ soccer game was going on, Thorpe stood, shirtless in shoulder pads and a football girdle, on the sidelines. He was given a concussion test and scored 19/20.

It was a bad one.

The team’s athletic trainer would have to clear Thorpe to play once he’d recovered.

Lucky for the teen.

After visiting his own doctor, he was medically “cleared” to play the following week.

In reality he was out for the season.

That was scary, Thorpe said, because the more frequent and severe concussions are, the worse they will be. Healing was vital.

He missed the first two weeks of the school year – sitting in the dark with no screens, struggling just to read a book – and didn’t play a single game.

He made it to practices and games nonetheless. He just stood there.

But, according to Fleming, “he never once stopped coming to practice, stopped looking for a way to contribute.”

While dealing with the pain and recovery, Thorpe also had to realize his guilt. The team didn’t perform exceptionally that season, and he yearned to have an impact on the field.

He thinks about the irony of a chest-to-chest hit causing a concussion.

Most young players see NFL pros lead with their head, he said. It’s illegal but often unnoticed by officials. This was far from what happened to him – everything had been done the right way.

Yet he’ll have lasting effects from those few seconds.

There was also the typical high school gossip – had he exaggerated for attention? Did he want to be a football player but not really play football?

“He doesn’t chase anything – he just does what’s true to himself,” Fleming said. Whatever his outward presentation, it’s coming from within.

Math always came easy to the student. Post-concussion, he finds himself struggling with problems that used to be simple.

“It almost felt like I had to relearn how to learn,” he said.

The criticisms did, though, fuel his fire.

“I owed it just to myself to – it seems a little dramatic – but, like, to clear my name,” he said.

Another year stuck inside

Medical rest is exponentially worse than staying inside to stay safe, but there are some annoying similarities.

Thorpe said once he was technically cleared to move again, even a light jog ended in a headache. Eventually he got back to his workout regime, though.

“The gym and I have a symbiotic and very personal connection,” he said.

He hated having a concussion. Duh. But did said it did help him grow stronger, physically and mentally.

Looking back, he doesn’t think he would reverse it if he could.

He said he’s always prided himself on his work ethic, but having to push farther to overcome it taught him a great deal.

He’s also switched up his workouts – he picked up yoga and is really enjoying it. He has never been especially flexible, but did used to meditate.

It’s hard, he said, but again, he likes to do what he isn’t the best at. He likes that it is a practice and takes time to master.

To get some quality time in, his family and his girlfriend’s family have taken to doing pistol squats and one-handed pushups.

While he said his three brothers don’t share the same athletic enthusiasm he does, he likes to engage them in his routines.

He jokes that his mom decided after having him to revisit the “S” name thing.

The graduate, who as he speaks seems much older than just 18, said his advice to others is as follows:

“I think it’s a bit cliché, but truly the best reaction to adversity is using it as a tool in the fire, the ammunition, to greatness.”

You’ll get there, Clayton – and we’ll be watching from the sidelines.

It was unorthodox to say the least, but the sun shone brightly on Champlain Valley Union High School’s June 12 graduation at the Champlain Val…