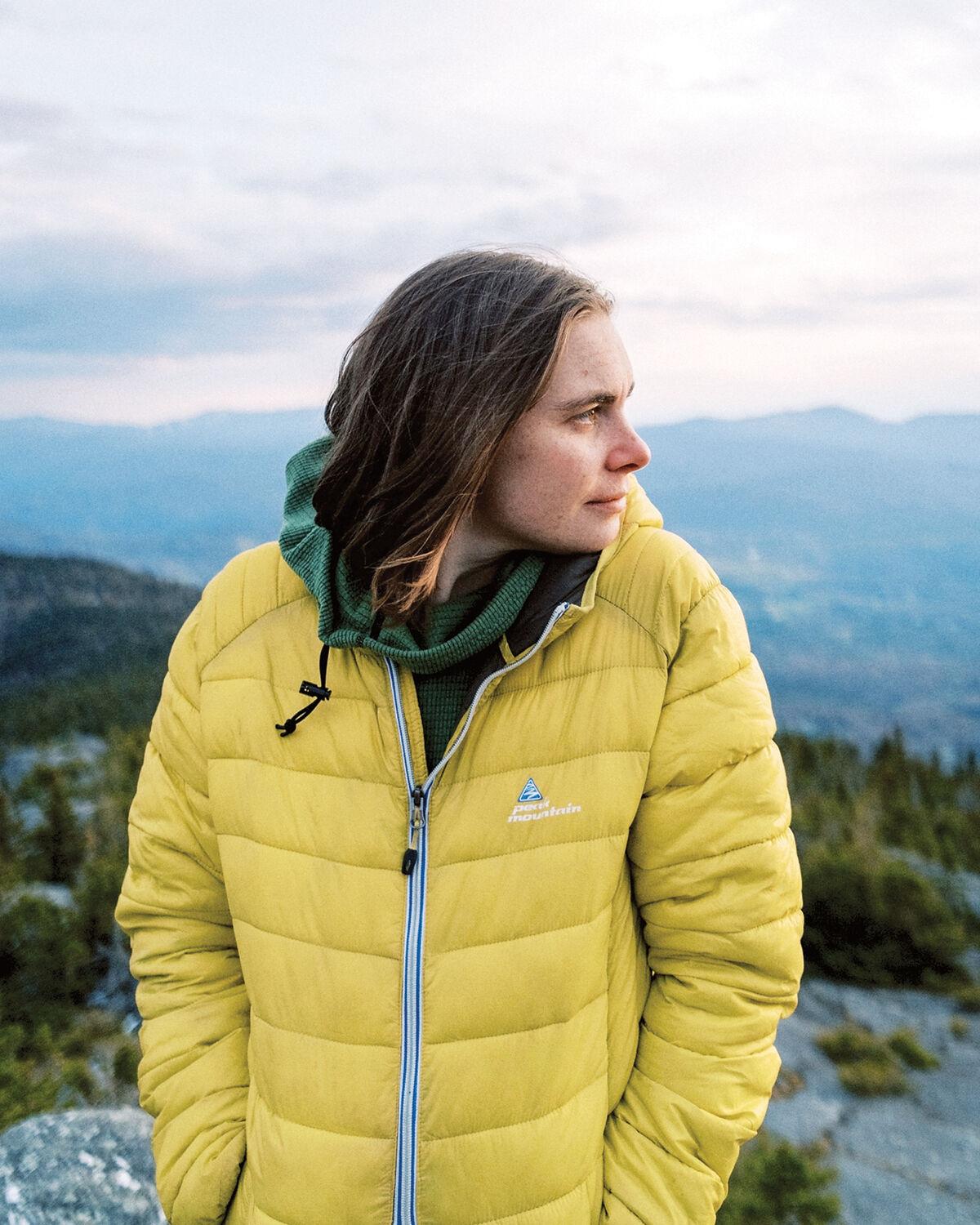 Francesca Blanchard poses on the summit of White Rocks, where the original “Make it Better” music video was shot. 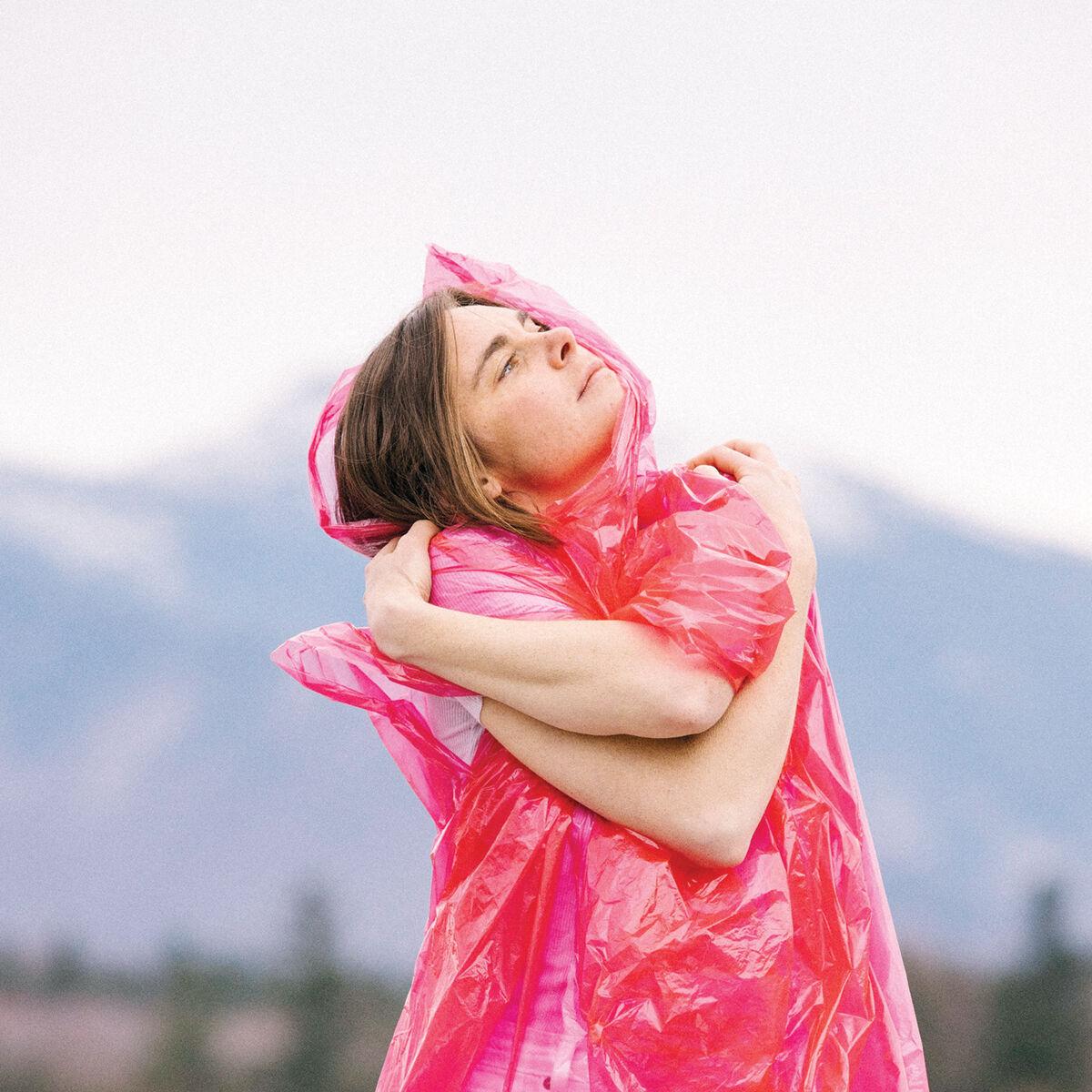 Francesca Blanchard poses atop her car in Underhill. 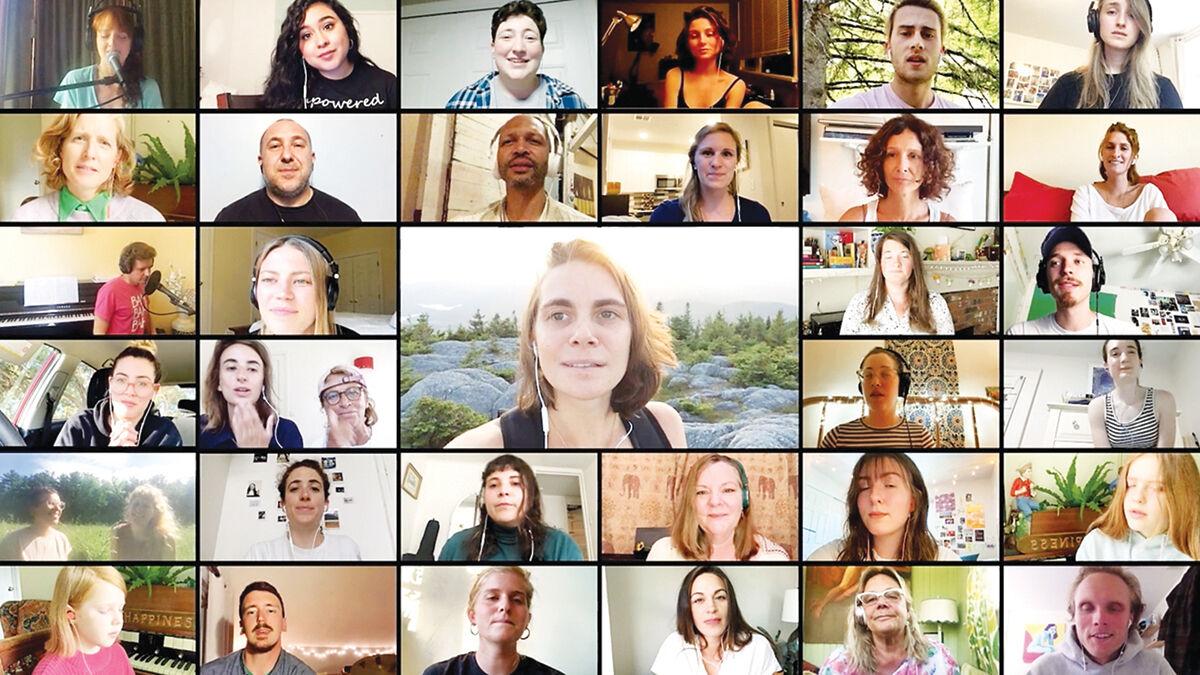 A still from the “Make It Better” orchestral arrangement. Blanchard performed her song with friends and strangers alike.

Francesca Blanchard poses on the summit of White Rocks, where the original “Make it Better” music video was shot.

Francesca Blanchard poses atop her car in Underhill.

A still from the “Make It Better” orchestral arrangement. Blanchard performed her song with friends and strangers alike.

One broken heart mended many others when Vermont musicians teamed up to reimagine and record the tune, “Make it Better,” by Champlain Valley Union High School alumna Francesca Blanchard.

The song was written in the dead of winter, two years ago, following a tough breakup. Now it’s the final track and namesake of a new album Blanchard released June 12.

The album travels through a breakup, from yearning for a lost love to finding strength in oneself to move on, she said.

“Make it Better” taps into the power people have within themselves to heal, Blanchard added.

“In June, like, two months after lockdown started, it definitely already, by then, had a different connotation. It already fit into the world differently than just your average love song. It really was like, ‘You can get yourself out of an isolated, lonely place,’” Blanchard said.

When Matt LaRocca of the Vermont Quarantine Collective — a group of musicians collaborating virtually during the pandemic — reached out to Blanchard and asked if she’d like her music to be reworked and recorded as part of the group’s pandemic projects, she couldn’t say no.

And she was ready to jump in with her own ideas, too. She asked LaRocca and his partners about adding a chorus to help sing the song. With the team onboard, Blanchard put out a call to her fans asking if they’d like to get involved with the project.

“I got submissions from family members, friends, and a lot of fans I don’t know. There are a lot of people in there that I don’t know who they are,” she said.

She sent parts for low, medium and high vocals to those interested and asked them to record a video while singing the tune. Friends and strangers alike sent in their recordings, which were mastered and placed into the final “Make it Better” video as the choir that appears around Blanchard.

“I kept saying in the instructions, ‘it does not matter if you consider yourself a singer or not, because I knew that a lot of people would be like, yeah, it’s a cool idea, but I don’t sing. It was like no, no, you don’t get it. You’re going to be part of a big choir and we won’t hear just your voice,” she said. “I’m really happy people kind of let go of their ego and just did it.”

For her own part, Blanchard hiked — solo — to the top of Mount Hunger to film herself singing the adapted version of her song. She chose Mount Hunger as it overlooked White Rocks, where she shot the music video for the original “Make it Better” in April.

But if you think hiking is hard enough, try shooting your own music video. Blanchard couldn’t play her music and film on the same device, so she had to coordinate a phone, an iPad and two sets of earbuds to make the operation work.

“I’m really grateful that I was alone in the mountain because I must have looked like a crazy person just singing to myself and filming myself over and over again,” she said.

As for recording without musicians and the choir beside her? Blanchard said it was akin to singing along to a song while on a walk. But she admits this experience was a bit more special than singing just any old song.

“There was just such magic in doing this one because: A) it’s my song, it’s just so moving that people would take the time to recreate it that way. But that this music I’m hearing in my headphones it’s just a beautiful orchestration by people that I know in my hometown,” she said.

And she was thankful to those strangers who also partook.

“It’s an honor honestly, to have people I don’t even know form a song that I wrote,” she said.

Sasha Gunther, of Shelburne, was one of the choir members. Gunther is a long-time friend of Blanchard, and though she wouldn’t call herself a singer by trade, wanted to offer up her vocals to help with the project.

Gunther was sent the sample of “oohs” and “aahs” and the chorus she’d be replicating but given no further context.

Once the video was released, she immediately texted Blanchard to let her know it brought tears to her eyes and gave her goosebumps.

“It’s really cool to see how everything came together, and I’m very glad I can’t hear my own voice, especially,” Gunther joked.

Gunther lives alone and had a tough time during the first months of quarantine. She has since returned to work, which affords her contact with others.

But joining others to create the “Make it Better” video was a unifying experience.

“It was wonderful. So many of the individuals I have never met which also is really cool,” she said. “It’s a truly diverse community. The one thing in common is that we all wanted to help with this project which, I think, during the quarantine time especially, that’s really something.”

LaRocca teaches composition and theory at the University of Vermont and is the Artistic Director of the Champlain Philharmonic Orchestra. When he heard Blanchard’s songs, he couldn’t help but envision them with the sound of an orchestra backing them.

“It’s something I just love doing, for me it’s such an interesting way to get into a song and really understand it,” LaRocca said of orchestral adaptations. “It’s like the greatest way to do a cover song ever. It has all the meat and the bones of the original song, but it gets to get trimmed into something that has a totally different vision on it.”

He sat down and sketched out what “Make it Better” would sound like with an orchestra, then went back and forth with Blanchard sharing ideas that led to the final product.

Because of COVID-19, the two worked from remote locations.

That was the case for all the performers who took part in the project. They were sent a mock-up electronic version of the piece to replicate on their instrument, alone, in front of a webcam.

“It’s super weird, it takes a lot of getting used to, but I think eventually we landed on a working method that works,” LaRocca said. “It’s also heartening to see that it works. No one actually saw anyone face to face throughout the entire process, but we were still able to make something brand new.”