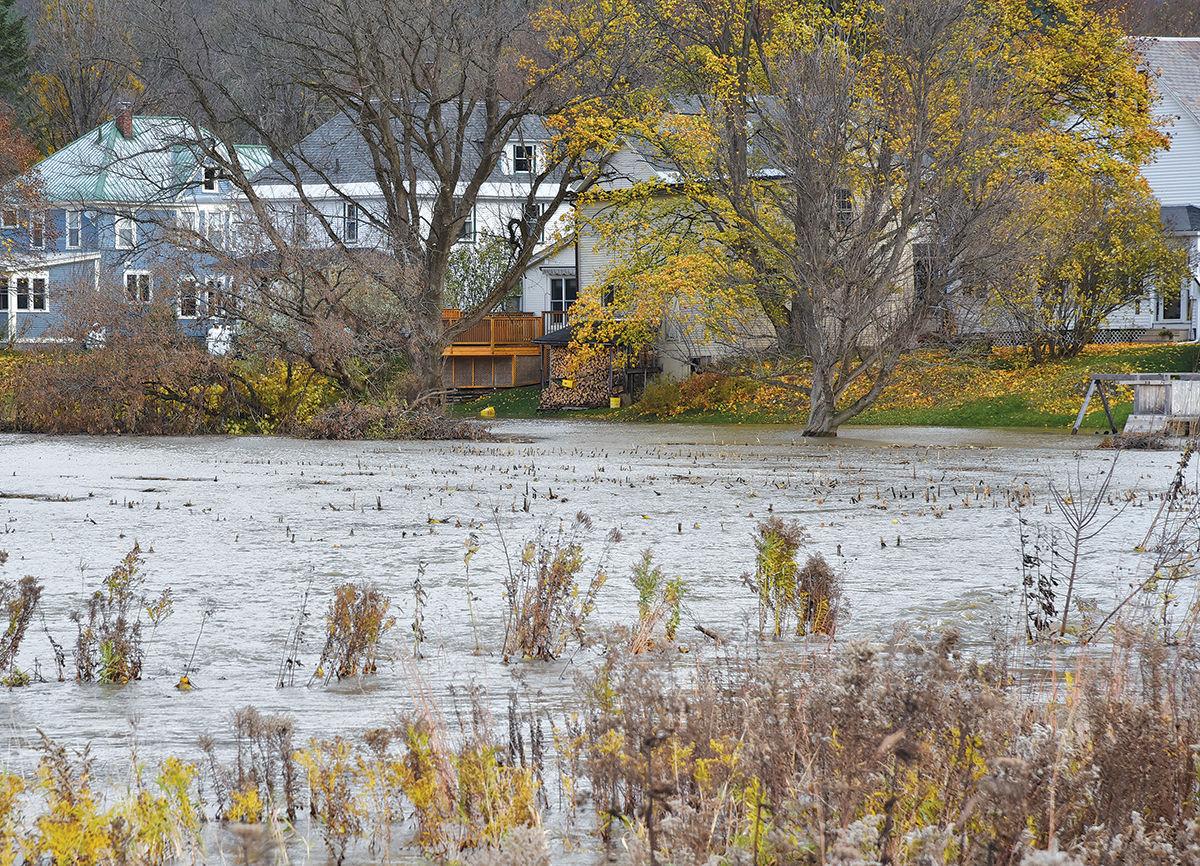 The Winooski River, swollen by the Halloween storm that wrecked roads in nearby towns, nudged up against Waterbury homes and parking lots, but did very little damage. 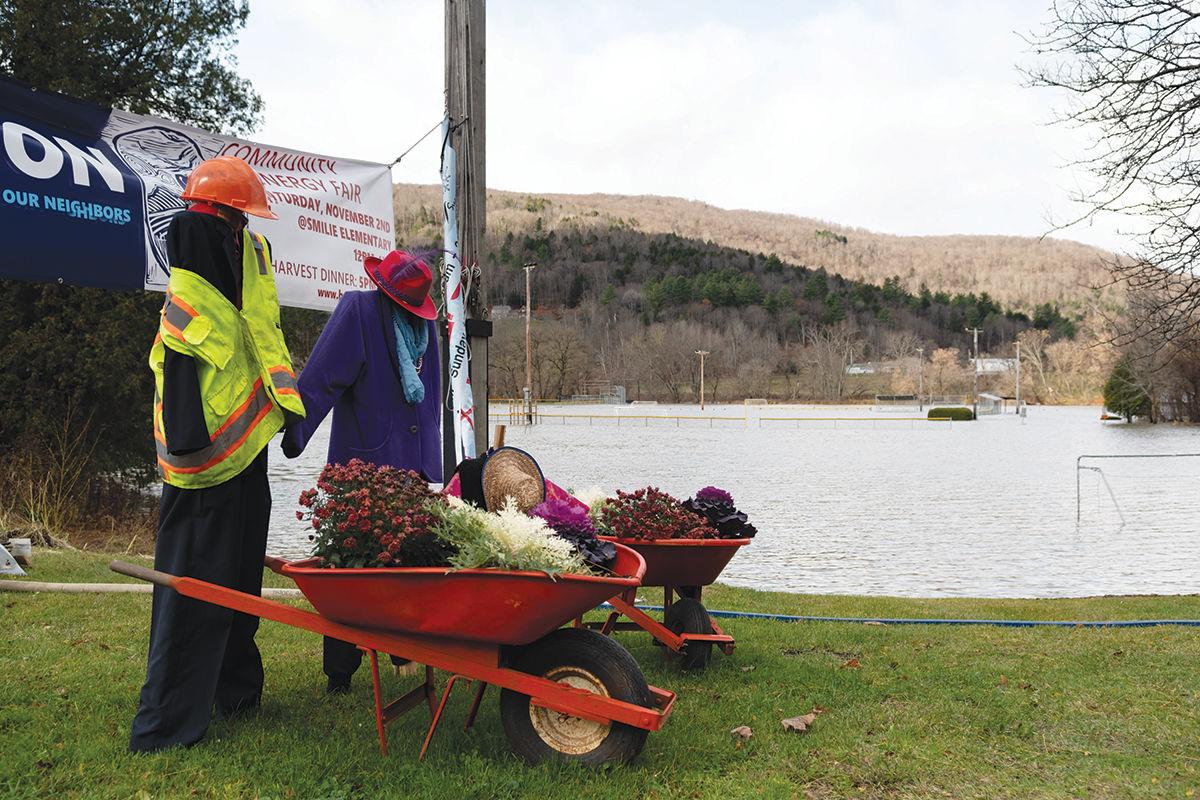 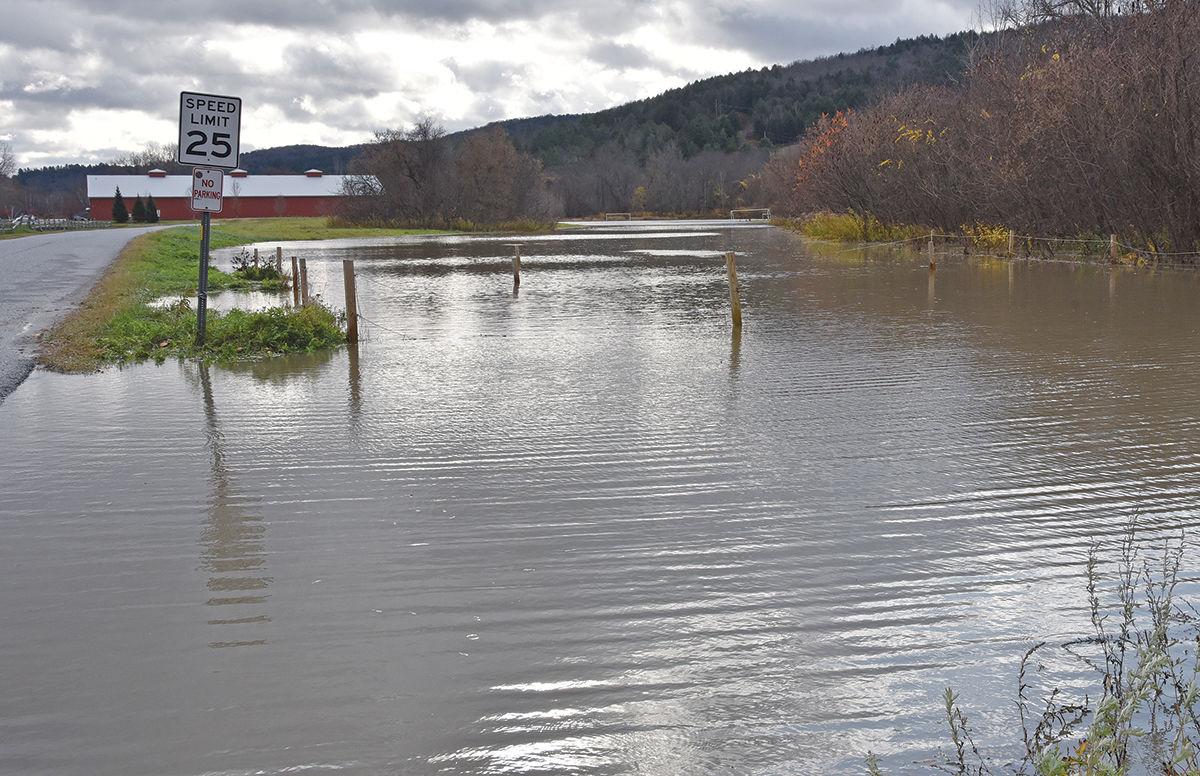 The Winooski River, swollen by the Halloween storm that wrecked roads in nearby towns, nudged up against Waterbury homes and parking lots, but did very little damage.

As the Halloween storm lashed Vermont, Waterbury residents fretted. The terrible 2011 floods of Tropical Storm Irene had devastated the downtown. Would it happen again?

No, it would not. The Winooski River rose, Thatcher Brook careened downstream, water lapped against parking lots and neighborhoods — but the water stopped where everyone hoped it would.

Nearby communities were less fortunate. The storm decimated roads to the north, particularly in Cambridge, Johnson and Wolcott. People who live in Eden couldn’t get into or out of town; roads all around it had flooded. On Facebook, people compared notes, wondering if some combination of back roads might have avoided destruction, and might offer a way to get to work — or back home.

Power lines were ripped down by winds and falling trees, though utility companies were able to restore electrical service quickly. Generators were a hot commodity.

State officials gave an early estimate of $3 million in damage statewide, but that figure is going to spike. Regional road officials in that area estimated damage there at $5 million, a temporary bridge had to be installed on Route 105 in Richford, and private contractors had to be hired all over the region to haul material needed to reopen washed-out roads.

The road through Smugglers Notch was high above any flooding, but a tractor-trailer truck got stuck on the narrow, winding road on Saturday, despite all the warning signs, and it snowed on Sunday, when the Lamoille County Sheriff’s Department reported that seven cars got stuck in the snow. That eliminated one possible route for drivers facing washouts and road closures.

‘The damage was minor’

On Friday morning in Waterbury, after the rain had stopped, the Winooski River was swollen and deep brown, rising to cover low-lying fields. Narrow islands of trees were the only point of reference separating the river from what was land 12 hours earlier.

The river nudged up against roads and buildings and was mere yards from touching the Winooski Street bridge.

The view behind the State Office Complex showed how close the threat had come to the village. Corn stubble and utility poles stuck up from the water, forming lines parallel to Randal Street, which was now waterfront property.

Out on Main Street, Dac Rowe Field was underwater, except for the tops of fences and soccer goals.

The Winooski rose to nearly 420 feet above sea level — almost a foot over flood stage — on Friday morning, but stopped short of any serious damage or inconvenience.

Chris Viens, select board chair, said the water was only 4 feet farther from his doorstep than during Irene.

“I think we threaded the needle on that one,” he said.

As the storm intensified Halloween night, road crews dealt with a flooding issue on Foundry Street Friday at 12:30 a.m. “related to reconstruction” on Main Street, said William Woodruff, the public works director. At 3 a.m., Graves Brook overflowed on Lincoln Street, where a couple of vehicles left in the park-and-ride took on some water, he said.

“The Foundry Street area has been a concern for the last two or three years,” Woodruff said, “Handling that amount of water was difficult.”

Drainage on Foundry Street is being replaced with a system that can handle higher flow, as part of the wholesale reconstruction of Main Street that has disrupted the downtown area this year.

On South Main Street, “the contractor showed up with some pumps and put some sandbags up to prevent water from entering the Methodist church,” which has been common in the past, said Bill Shepeluk, municipal manager.

“It’s one of the reasons we’re looking forward to getting this project done,” Shepeluk said of the Main Street work.

Since Irene, Waterbury has made steady improvements to prevent flooding in its most vulnerable village areas. The sewer plant installed submerged pumps, which aren’t bothered by floodwaters, and culverts were widened on Hubbard Farm and Perry Hill roads, areas previously prone to flooding, Woodruff said.

And the rising river had “no real impact at all” on the Main Street reconstruction work, aside from water that had to be pumped out of holes, Shepeluk said.

Fallen trees and erosion caused the bulk of problems.

Before the storm, town highway foreman Kyle Guyette sent his team out to check for clogged culverts.

“There’s no way to get all the sticks and leaves out,” he said, but they did what they could in preparation for the storm. And he told his crew to have their chain saws ready.

By Friday morning, Guyette found that Camels Hump Road had washouts, but nothing impassable, and Turner Road was down to one lane where a bank gave out. The worst problem was an uprooted culvert on Scrabble Hill Road that left a 7-foot gap. Guyette brought in two excavators and had a new culvert delivered, patching the road with rocks and dirt.

The Duxbury crews cleared trees and had the roads passable by Friday afternoon.

More than 3 inches of heavy rain swelled rivers and brooks during the Halloween storm that howled through the region, and the gushing water un…

Want to learn more about Stowe’s most recent, large land conservation deal? The conservation of over 750 acres in Stowe known as Brownsville helped to preserve 169 years of history of the farms, families and schools that formerly existed in Brownsville, now a mostly untouched wilderness at Stowe’s northern gateway. Stowe Historical Society offers “Brownsville: Past & Present,” at its m…

The Fleming Museum of Art hosts three spring exhibitions, “Let’s Have a Ball (Wood Gaylor and the New York Art Scene, 1913–1936),” “Warp: War Rugs of Afghanistan,” and “Animal Transformations,” through May 8, 61 Colchester Ave., Burlington. In “Let’s Have a Ball!”, peek behind the scenes through the vibrant paintings of Wood Gaylor (1883–1957): A grand hall bedecked with flags and murals, …

Leahy crosses the border to appear at Barre Opera House

The first family of Canadian music, Leahy, crosses the border for an appearance at The Barre Opera House, 6 North Main St., on Saturday, March 7, at 7:30 p.m. Leahy has earned a place as one of the world’s most highly regarded progressive folk-roots bands. Its emergence in the late 1990s with the chart-topping instrumental single “Call to Dance” introduced audiences to a new way of underst…