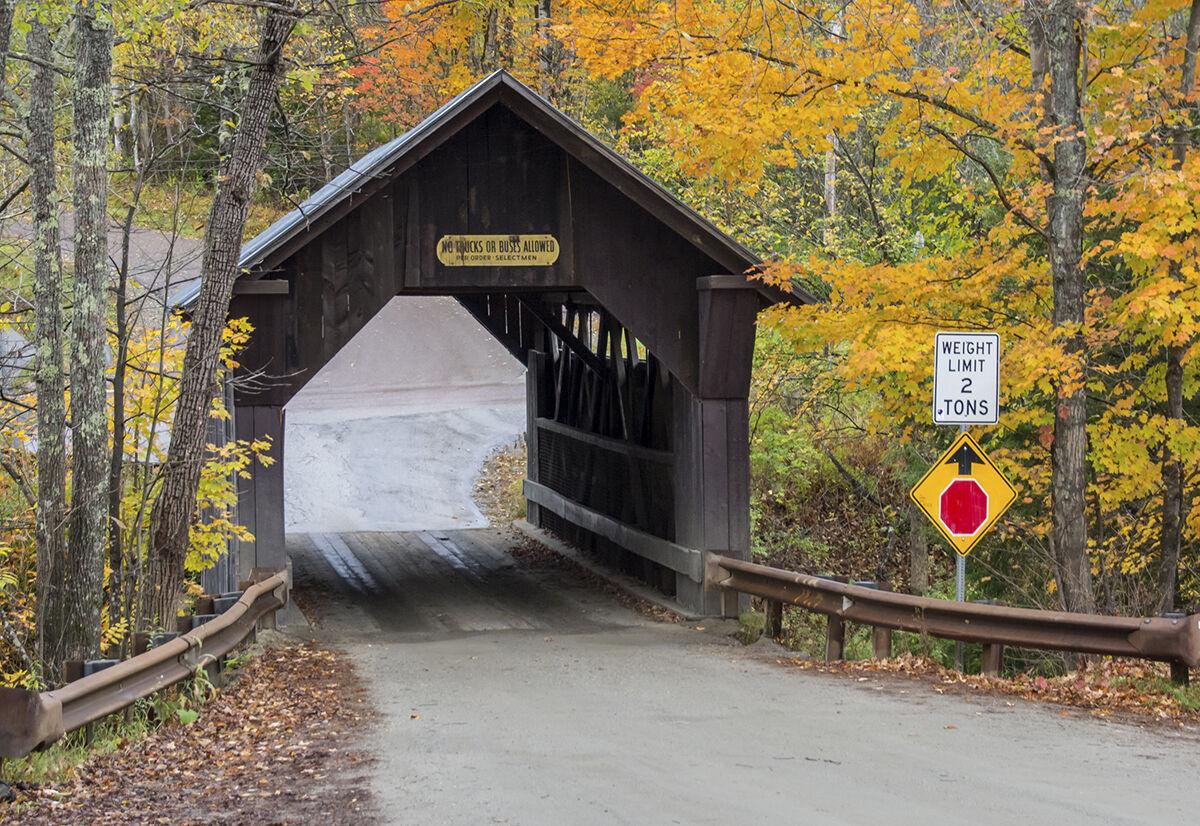 Emily’s Covered Bridge (also called Gold Brook or Stowe Hollow Bridge) located in the Stowe Hollow area of Stowe. The possibly haunted bridge is 48.5 feet long and was built in 1844. 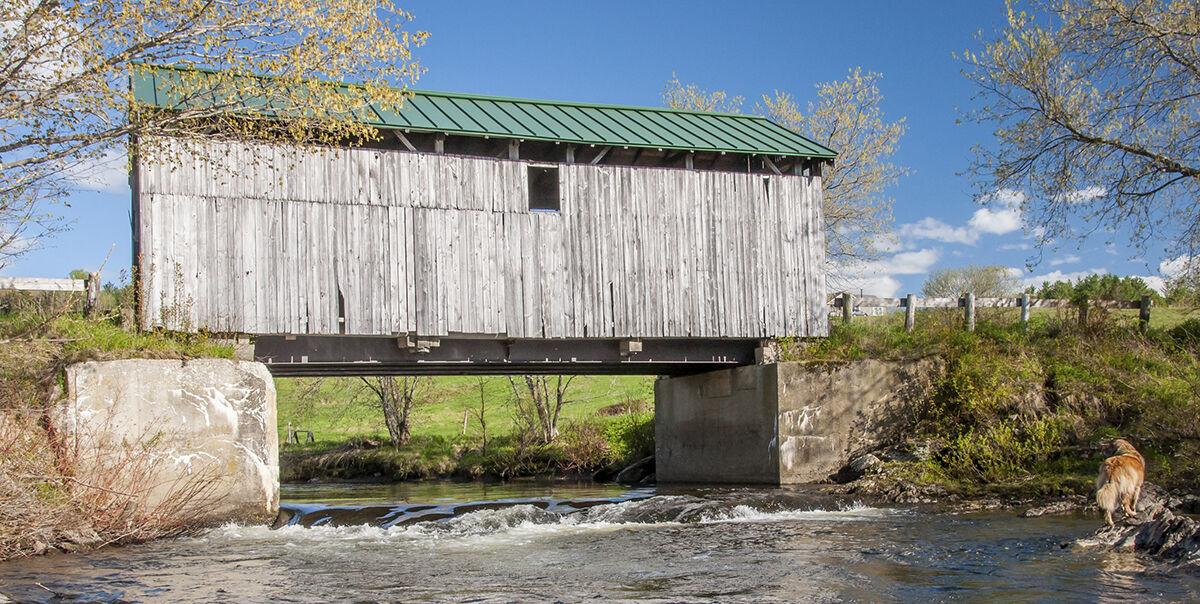 The Scribner Covered Bridge crosses the Gihon River and is named after one of the area’s former farm owners. Built in about 1919, the bridge is 47.8 feet long. 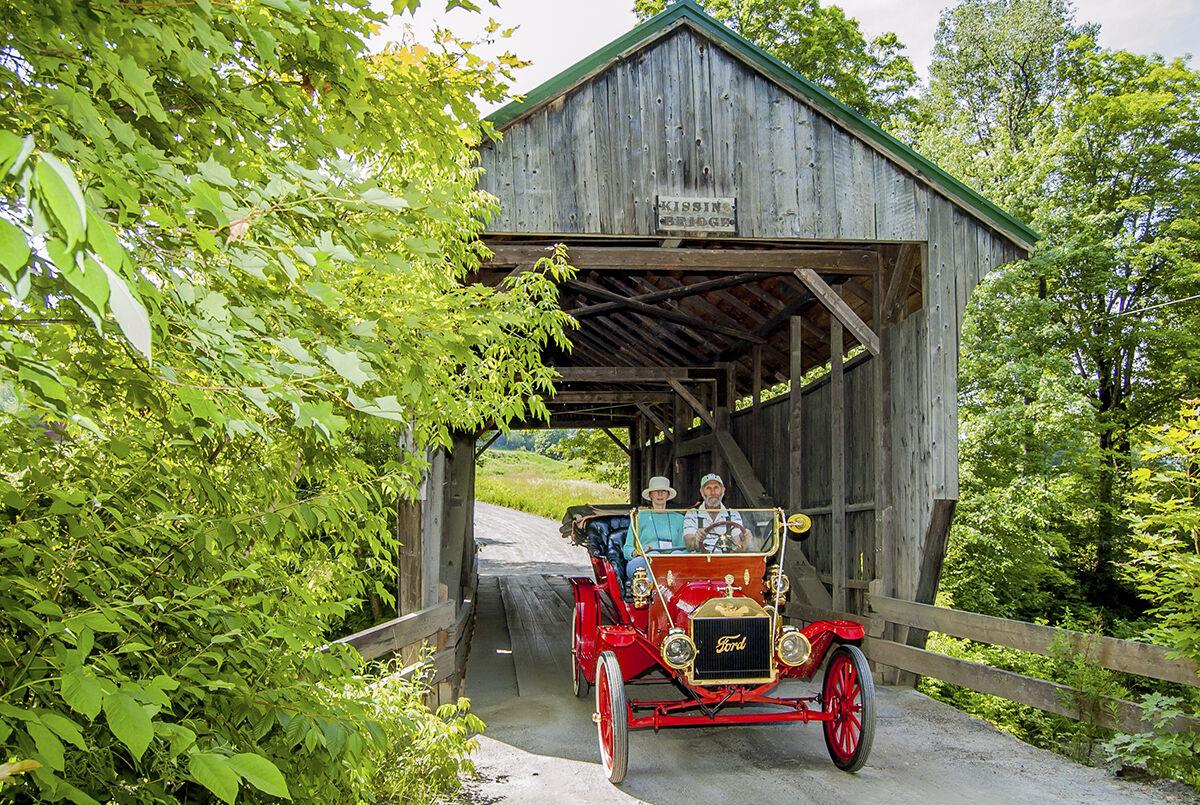 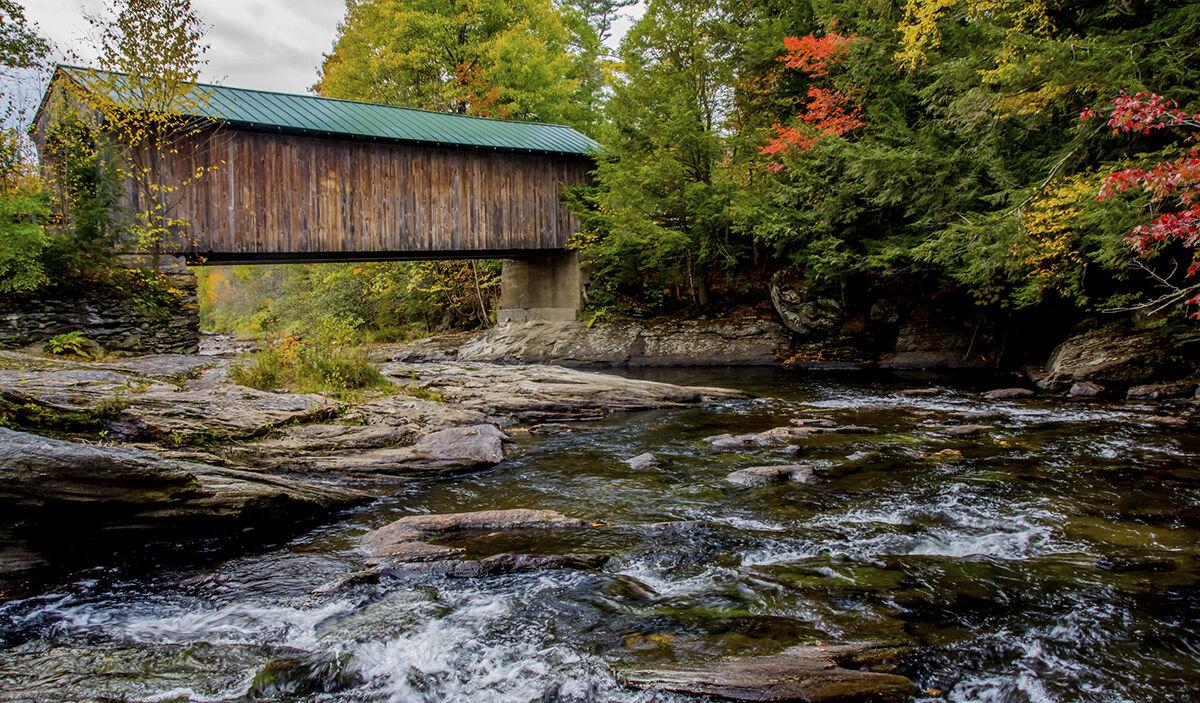 At 70.2 feet in length, the 1887 Montgomery Covered Bridge crosses the North Branch of the Lamoille River in Waterville. 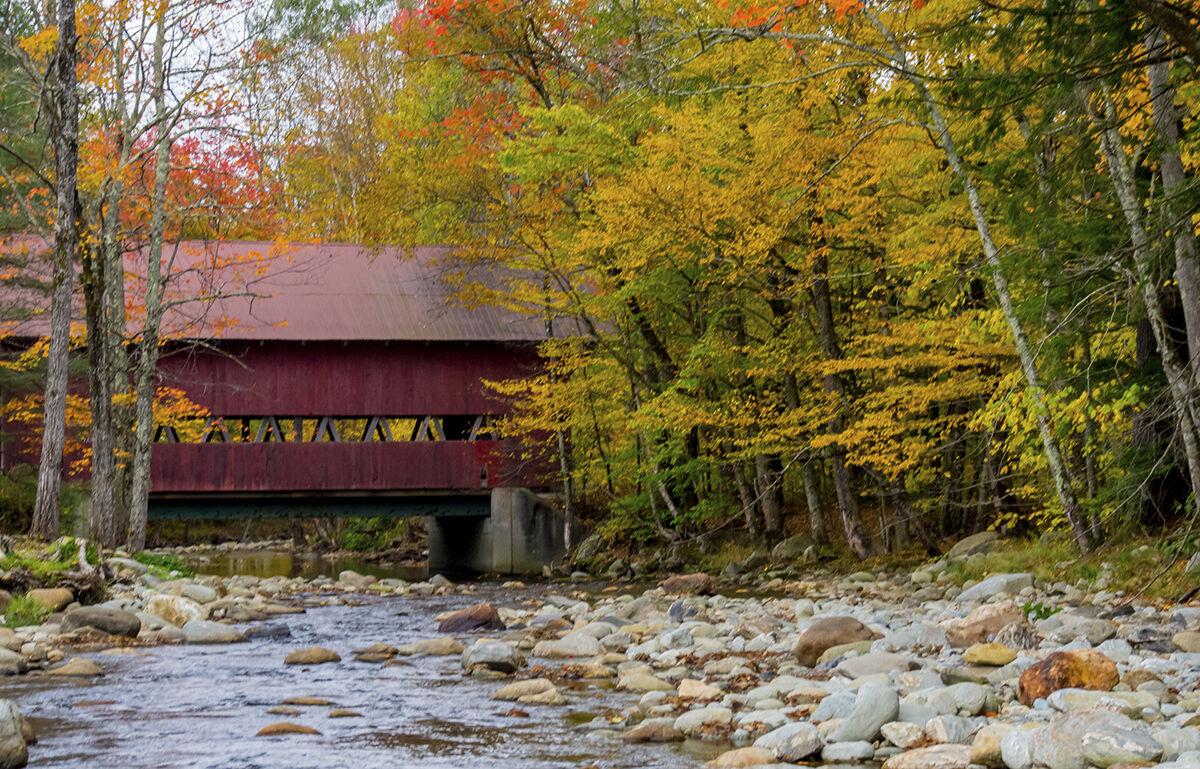 A more modern version of a covered bridge is the 56 foot long Whitecaps Bridge, built in 1969 on Brook Road, near the west end of Stowe’s Recreation Path.

Emily’s Covered Bridge (also called Gold Brook or Stowe Hollow Bridge) located in the Stowe Hollow area of Stowe. The possibly haunted bridge is 48.5 feet long and was built in 1844.

The Scribner Covered Bridge crosses the Gihon River and is named after one of the area’s former farm owners. Built in about 1919, the bridge is 47.8 feet long.

At 70.2 feet in length, the 1887 Montgomery Covered Bridge crosses the North Branch of the Lamoille River in Waterville.

A more modern version of a covered bridge is the 56 foot long Whitecaps Bridge, built in 1969 on Brook Road, near the west end of Stowe’s Recreation Path.

Some historians call them history on the land. Others, such as Vermont Covered Bridge Society co-founder Joseph Nelson, consider them “stand-alone museums.”

Whatever name you call them, Vermont is filled with covered bridges, and no county has more of these historic relics than Lamoille County, home to Stowe. It has 13 covered bridges that remain standing.

In his book “Covered Bridges of Vermont,” historian Ed Barna fittingly called them “tunnels into yesteryear,” and wrote, “Vermont’s covered bridges stand as symbols of an honored past and as part of that past’s enduring relevance.”

Vermont originally had over 500 covered bridges, with more than 60 in Lamoille County. But the massive 1927 Vermont flood wiped out over 200 of them, including many in the county. Additional floods, fires, and other events further reduced the number of bridges to current levels.

Picture Lamoille County in the late 1800s. Towns were expanding in size as people and businesses moved deeper into undeveloped areas for farming, mill operations, and easier access to natural resources, such as trees and water. And mountainous Vermont’s many rivers, streams, and brooks needed to be crossed.

Vermonters did not invent covered bridges—they had been used in Europe for quite some time—but builders in Vermont and other nearby states helped make covered-bridge building an art form.

Facing the need to cross rivers without the use of mid-river piers, as was the custom in Europe, Vermont bridge builders helped develop new architectural styles that permitted the use of large interior spaces without intrusive support beams.

According to Nelson, our covered bridges “enable us to look back into our past to see how we developed special talents and building innovations to use the natural resources that were available in Vermont so as to develop Vermont’s infrastructure.” Design innovation became the rule for bridge builders, permitting some of these bridges to survive with fairly minimal structural change for over 150 years.

As technology developed and heavy vehicles replaced horse-drawn wagons, many of the county’s bridges were strengthened for safety reasons. The few bridges that retain their original materials and design usually come with a limited load capacity.

As a concession to time and technology, many of the county’s covered bridges now have steel beams that serve as supports under their wooden decks. Weather and aging have also necessitated other types of structural repairs on some bridges, but engineers are careful to maintain the essence of their original designs to the best extent possible.

Once built, the original covered bridges “became Vermont towns’ first level of infrastructure to service industries, farms, and mills,” said Joseph Nelson. And even today, added Barna, these old covered bridges “are still essential to connecting many parts of the Vermont transportation grid.”

Today, in addition to still serving to facilitate transportation, covered bridges have become cultural icons that represent the rural, peaceful, country life synonymous with Vermont. They engender thoughts of a time when life was less hectic and when people were more connected to the land.

While visiting these bridges, grab a smart phone and check out their interesting histories. For example, Wolcott’s Fisher Covered Bridge, while now part of a walking trail, was for many years used solely as a railroad bridge. Take note of the lengthy roof cupola, a design feature that allowed burning embers to escape from train engines and keep the bridge from catching on fire.

While at Emily’s Bridge in Stowe, read about the bridge’s namesake. Emily was said to be connected with the bridge in a few different ways, none of them pleasant. Local lore has it that Emily’s ghost still visits the bridge some nights.

Other bridges have a history of movement. In Cambridge, for example, the Gates Farm Bridge has been moved twice, once to accommodate a change in the course of the river below it, and a second time after the great 1927 flood moved the bridge 20 feet downriver. Barna wrote in his book that in 1968 a psychedelic band played inside Cambridge’s Poland Bridge, where the acoustics were reportedly terrific.

Another Lamoille County bridge built in nearby Waterville was called, oddly enough, the Cambridge Bridge, and is also worth seeing, as it is a 168-feet-long, double-lane covered bridge. But you can’t see this bridge in Waterville anymore, as it was moved in the 1940s for preservation purposes and now serves as an entrance to the Shelburne Museum in Shelburne.

“And all at once, summer collapsed into fall.”

Hikers exploring Vermont tend to look up for their destinations, to peaks like Mt. Mansfield, Camel’s Hump, and Jay Peak, which means a lot of…