Skip to main content
You are the owner of this article.
Edit Article Add New Article
You have permission to edit this article.
Edit
Home
SCENE Sections
Calendar
Special Publications
Multimedia
Marketplace
Classifieds
Contact Us
1 of 2 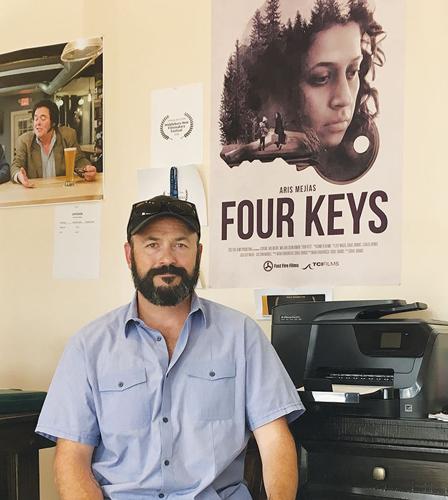 Israel Brooks owns production company Fast Fire Films in Stowe, which produced “The Four Keys,” a short film showing a fictional character, Rosa, an undocumented immigrant in the U.S., packing up her life, fearing separation from her daughter. “The Four Keys” has a slot on Aug. 25 in the Middlebury New Filmmakers Festival. 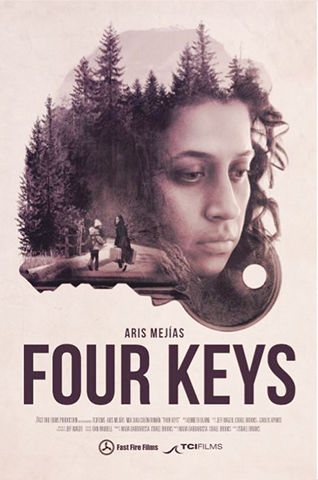 Israel Brooks owns production company Fast Fire Films in Stowe, which produced “The Four Keys,” a short film showing a fictional character, Rosa, an undocumented immigrant in the U.S., packing up her life, fearing separation from her daughter. “The Four Keys” has a slot on Aug. 25 in the Middlebury New Filmmakers Festival.

The report discussed undocumented immigrants living in the United States who flee this country for Canada in fear of deportation, and when Brooks heard it, the story came to life for him.

Brooks, who owns the Stowe-based production company Fast Fire Films, as well as Snowflake Taxi, knew he had to commit it to film.

“The idea just never occurred to me that there were people living in this country, and had come here seeking freedom and the promise of opportunity, and hopefully the promise of escaping the situations that they were in in their home countries, and the idea that all these people were suddenly fleeing this country in droves to cross the border into Canada, that really struck me,” Brooks said.

“The Four Keys” was filmed in just three weeks, spanning locations from Kingston, N.Y. to the United States Customs and Immigration Services border crossing in Highgate, Vt., on I-89.

Rosa, a floor manager at an unnamed company and a housekeeper for a white woman in New York, is played by Aris Mejias, a Puerto Rican actress who appeared in Steven Soderbergh’s “Che: Part One (2008),” costarred with Martin Sheen in “The Vessel (2016),” and had roles in the 2017 drama “Sol de Medianoche” (Midnight Sun) and other feature-length and short films.

Brooks met Mejias at the premiere for “Sol de Medianoche,” and asked if she’d be willing to star in his short.

Mejias’ Rosa is a trembling but strong-looking woman who seems always on the verge of tears. She’s terrified, but viewers are confused about what she’s frightened of until she’s in a taxi with her young daughter, played by Mia Shaicolon-Roman, and a police car pulls up behind the cab.

Rosa intertwines her fingers with her daughter’s, her eyes wide with fear, darting to the cop car.

Through the 14-minute film, viewers watch Rosa dismantle the life she’s built in the U.S. We learn in the first scene that she hasn’t been filing tax returns when she quits her job as a floor manager, giving up one of the four keys on her key ring — the film’s title, as well as a metaphor stringing the film together.

“My cousin has, like, 300 keys. He’s got the keys to half the buildings of New York, it seems. It’s a big deal. Those keys are important to him,” Brooks said. “Keys are a small symbol of what we have in the world that’s ours.”

Rosa’s four keys, given back to their owners in four brief, rushed exchanges, show how little undocumented immigrants in the U.S. can have to their names.

Brooks says “The Four Keys” was well received at Woods Hole Film Festival, a small festival in Massachusetts, with two rounds of applause and plenty of questions from the audience. It was the leading short in the “Breaking Away” theme, where several other short films also dealt with immigration.

Brooks says his film, which was produced in February of 2018, is especially poignant in the light of the issue of division of families at the southern border, which wasn’t at the forefront of national discussion when the film was made.

“It’s not America’s fault that this is happening,” Brooks said; he blames the federal government, which he thinks doesn’t follow the general public’s wishes on issues such as immigration. “I’m glad we made the film. I’m proud of it.”

“Four Keys” will be shown at the Middlebury New Filmmakers Festival around 1:30 p.m. on Saturday, Aug. 25. It’s a finalist for Best Narrative Short, and Brooks and executive producer Dan Wardell have high hopes.