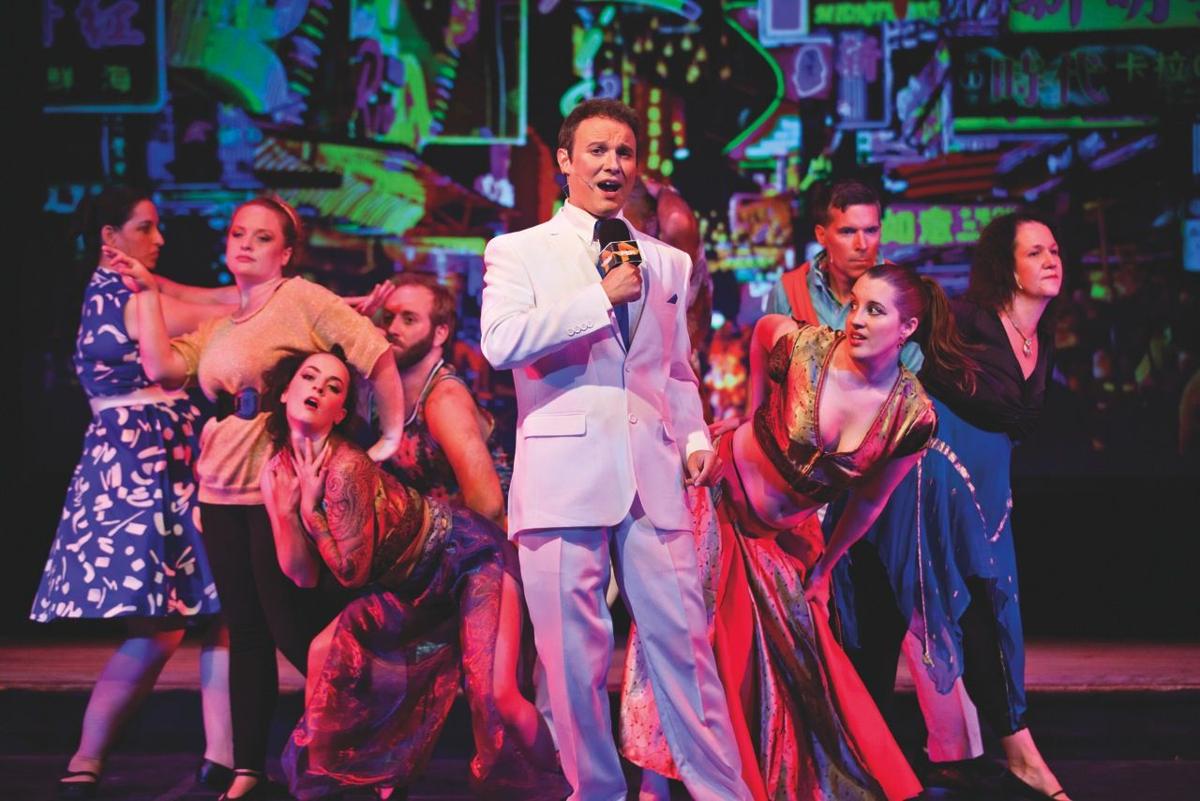 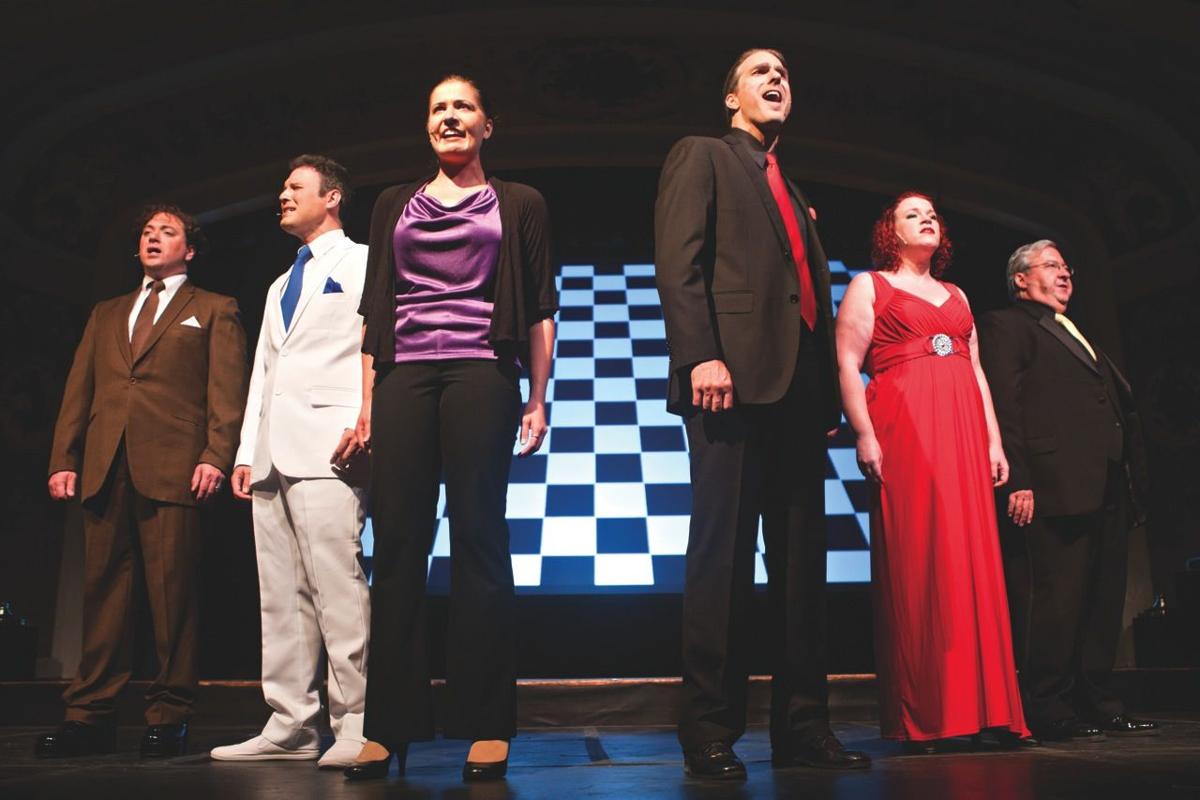 Forget your perception of chess as a quiet, contemplative game. “Chess,” the musical onstage at the Town Hall Theatre through Sept. 5, is a vociferous, fast-paced show.

Based on the book by Richard Nelson, “Chess” spotlights the U.S.-Soviet rivalry during the Cold War in the 1980s.

The music — rock opera sung in high octaves at high decibels, for the most part — is written by Benny Andersson and Bjorn Ulvaeus, formerly of ABBA. Lyrics are by Tim Rice, whose collaborations include “Jesus Christ Superstar” and “Evita.”

While local theatergoers may be unfamiliar with the show, they’ll probably recognize a song or two.

“One Night in Bangkok” became a hit in the 1980s when sung by British actor-singer Murrey Head and Swedish singer-songwriter Anders Glenmark.

Whitney Houston and her mother, Cissy Houston, recorded “I Know Him So Well” on the 1987 album “Whitney.”

The story involves two chess grandmasters, an American and a Soviet, competing in a tournament.

It develops into a convoluted love triangle between the American and Russian chess player and the woman who serves as an assistant to the American, but falls in love with the Russian.

The show could easily descend into a soap-opera melodrama. But the Stowe Theatre Guild production skillfully moves each pawn, keeping the audience entranced through three international chess matches and a few subplots.

Director Ian Ferris has whittled the three-hour show to about two hours without sacrificing the storyline or characters.

With a relatively small cast and a challenging vocal repertoire, every actor has to be in top form to make this show work. This production does not disappoint.

Erik Freeman portrays the inner turmoil of Russian chess champion Anatoly Sergievsky while doing justice to the solos and duets required of his role.

Stacy Garrison as Sergievsky’s wife, Svetlana, has the pipes to turn a minor role into one that keeps the audience spellbound. Her performance in the duet “I Know Him So Well” was one of the show’s best.

As music director, Nate Venet has done an excellent job of not only directing the cast, but of assembling a fine live orchestra. Placing the musicians on stage rather than in a pit or behind the curtain, as in most Stowe Theatre productions, lends a nice touch.

The show takes place between Murano, Italy, and Bangkok, and Ferris wanted to show the flavor of each location without building detailed sets.

A 16-by-19-foot projection screen allows him to do just that, quickly moving from scene to scene, enhancing each story without distracting from anything.

Some scenes resemble special-effects-heavy 1980s videos — including videos within videos — while still images of chessboards and Eastern European cities serve as the backdrop for others.

Costume designer Dawn Dudley has kept things simple. The Americans are in dressed white, their Russian counterparts in black with touches of red. The one exception is a flashy “One Night in Bangkok” scene featuring men in sequined tank tops and women in midriff-baring tops and silk skirts.