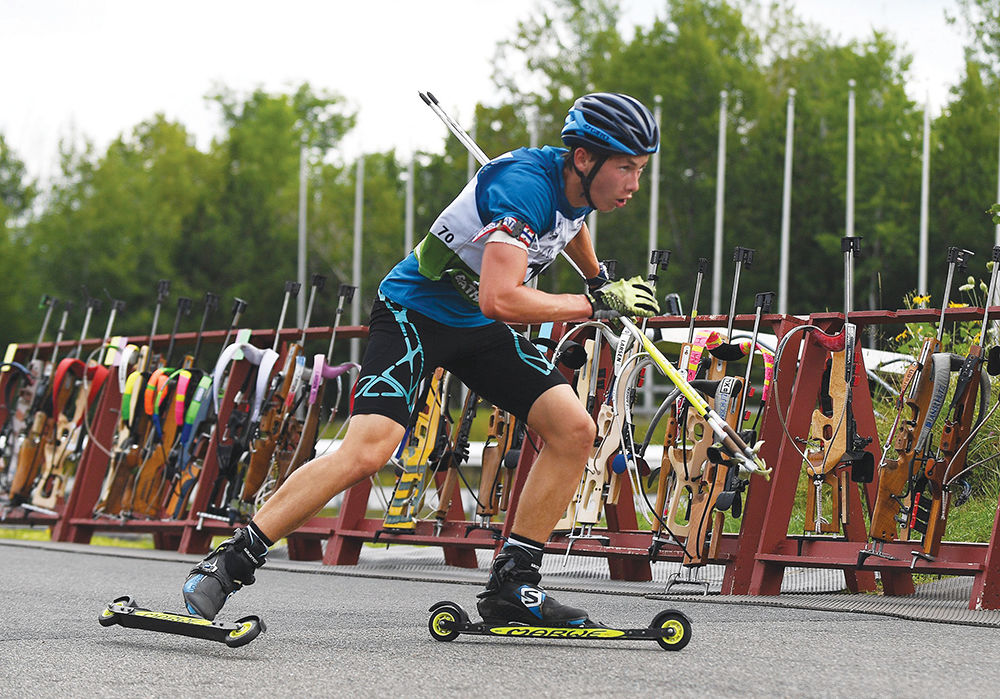 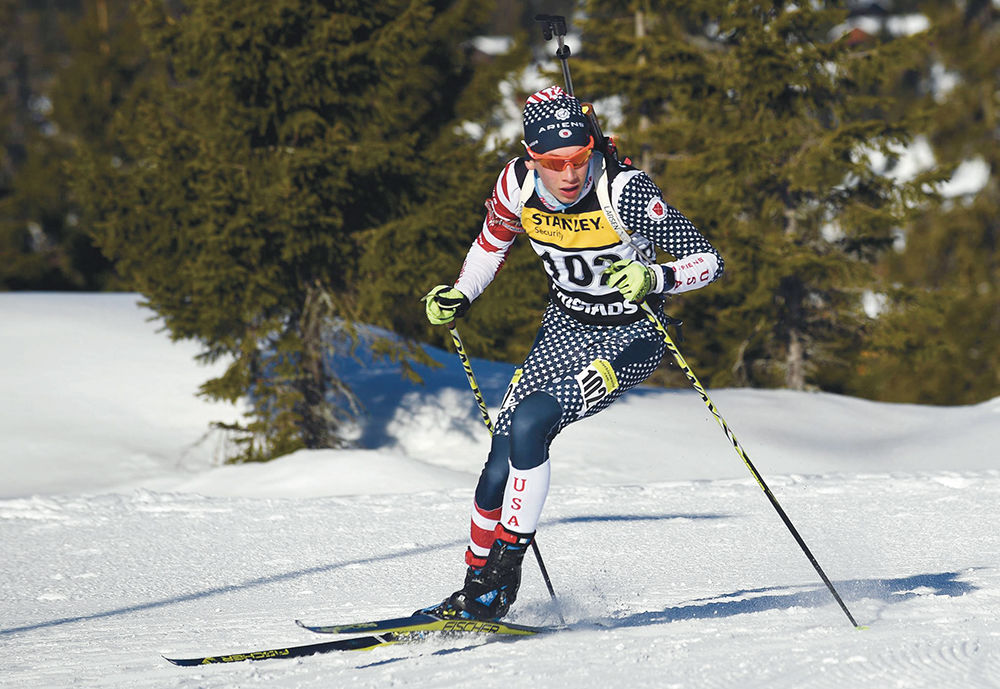 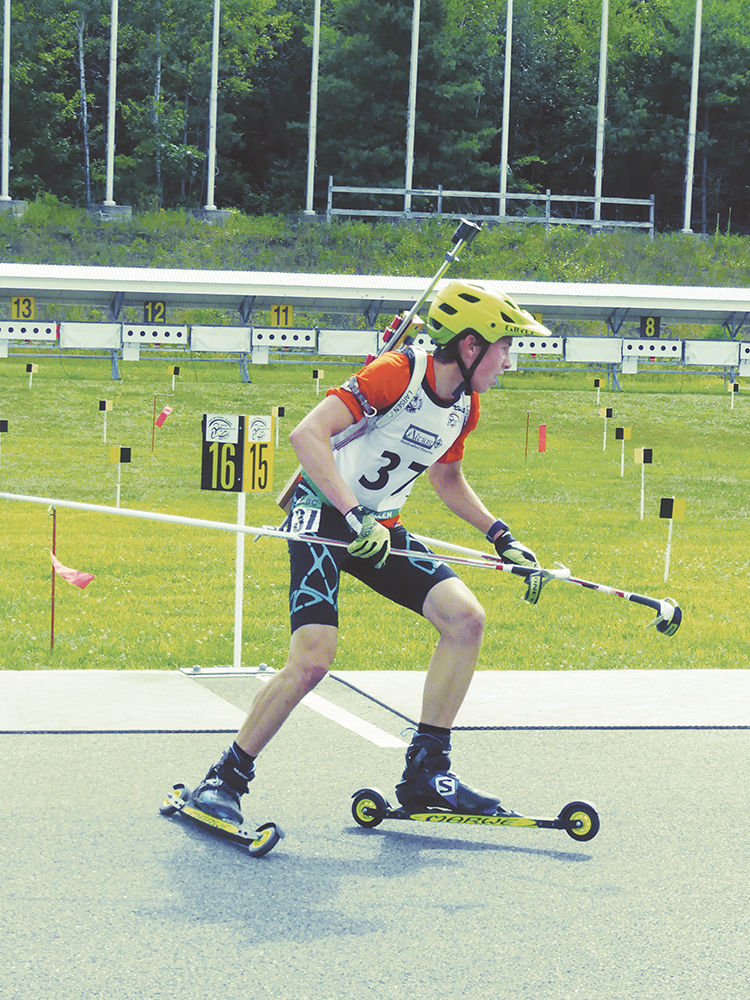 This weekend the best biathletes from around North American gathered for the U.S. Rollerski Biathlon Nationals. 132 competitors were dreaming of cooler temperatures and snowy trails as they roller-skied along the paved tracks at the Ethan Allen Training Center in Jericho, Vt.

Stowe High School Senior Bjorn Westervelt is a member of the USBA Youth World Championship Team, and he competed in the youth men’s competition. Youth men are 17 and 18 years old and represented the largest race category at nationals this year, with athletes from all across the U.S., Canada and Sweden.

The first day of races was a sprint competition, with 7 km of skate-roller skiing and two times at the firing range, one prone and one standing. Westervelt swept the field for the third year in a row, taking first. Second place went to Nikolas Burkhart from California and third to Tristan Wickland from Wyoming.

The second day of races was the pursuit competition, with 10 km of skiing and four times at the firing range. Ethan Livingood of Maine took first and Westervelt won second. Both men are coached by Algis Shalna, the USBA Northeast Regional developmental coach and former U.S. National Coach.

USBA President Max Cobb, of Westford, Vt., has focused on growing the field of biathletes. The sport is gaining popularity in the U.S. Biathlon in Europe is one of the most popular winter sports of all times. Information: eabiathlon.org.

Bjorn Westervelt, a junior at Stowe High School, is the national biathlon youth sprint champion for the second straight year. He captured two …