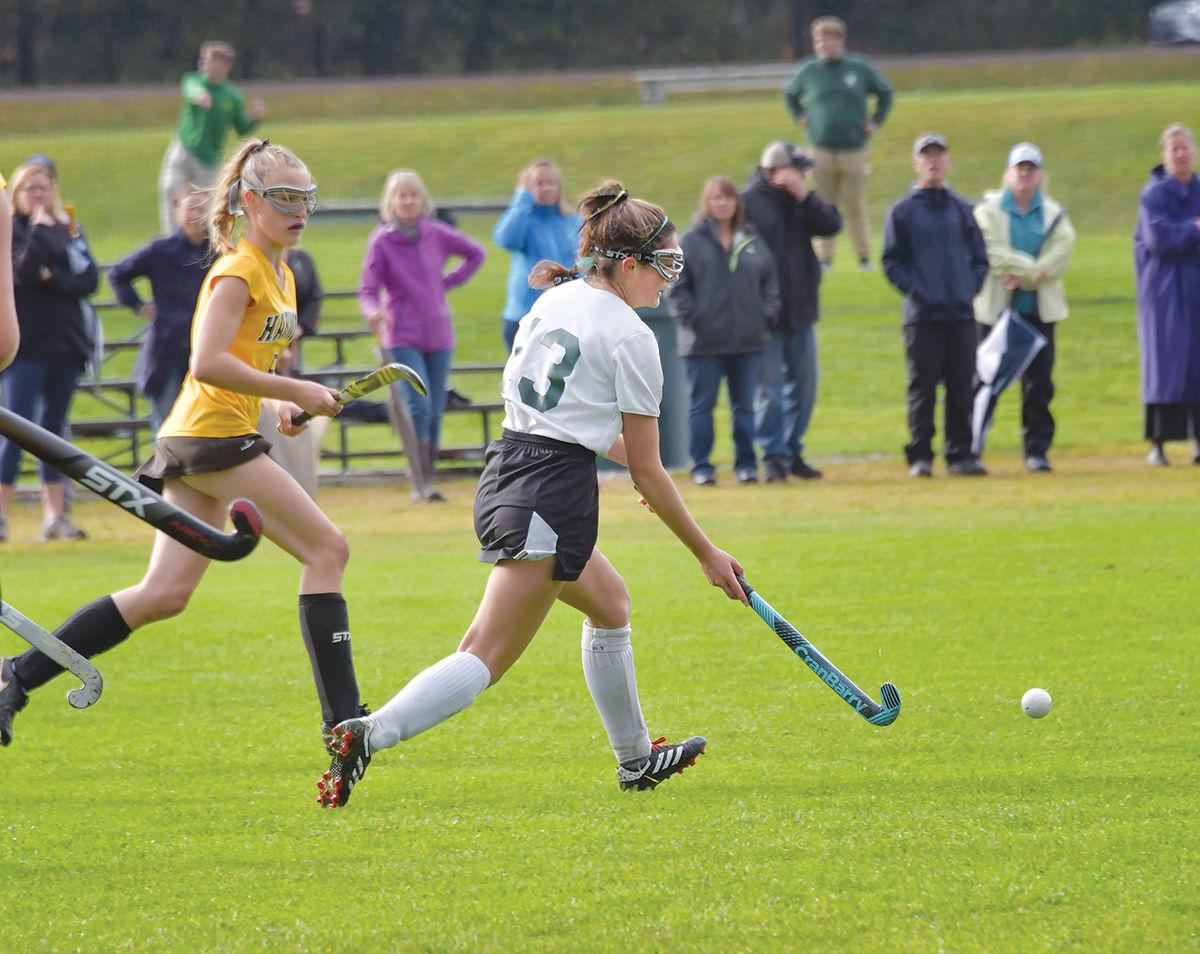 Skyler Graves chases down a loose ball ahead of a Harwood player during the Raiders home win over the Highlanders last week. 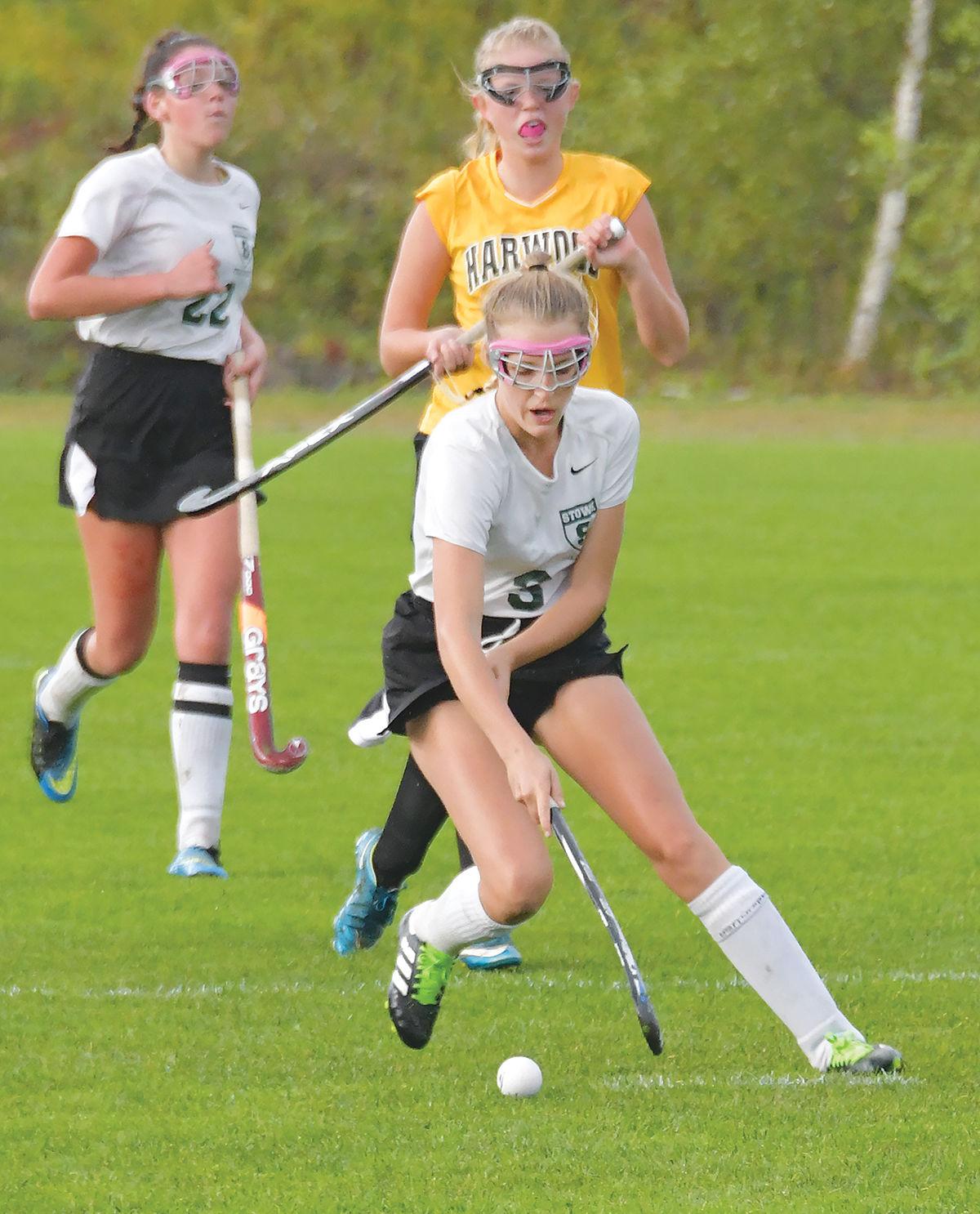 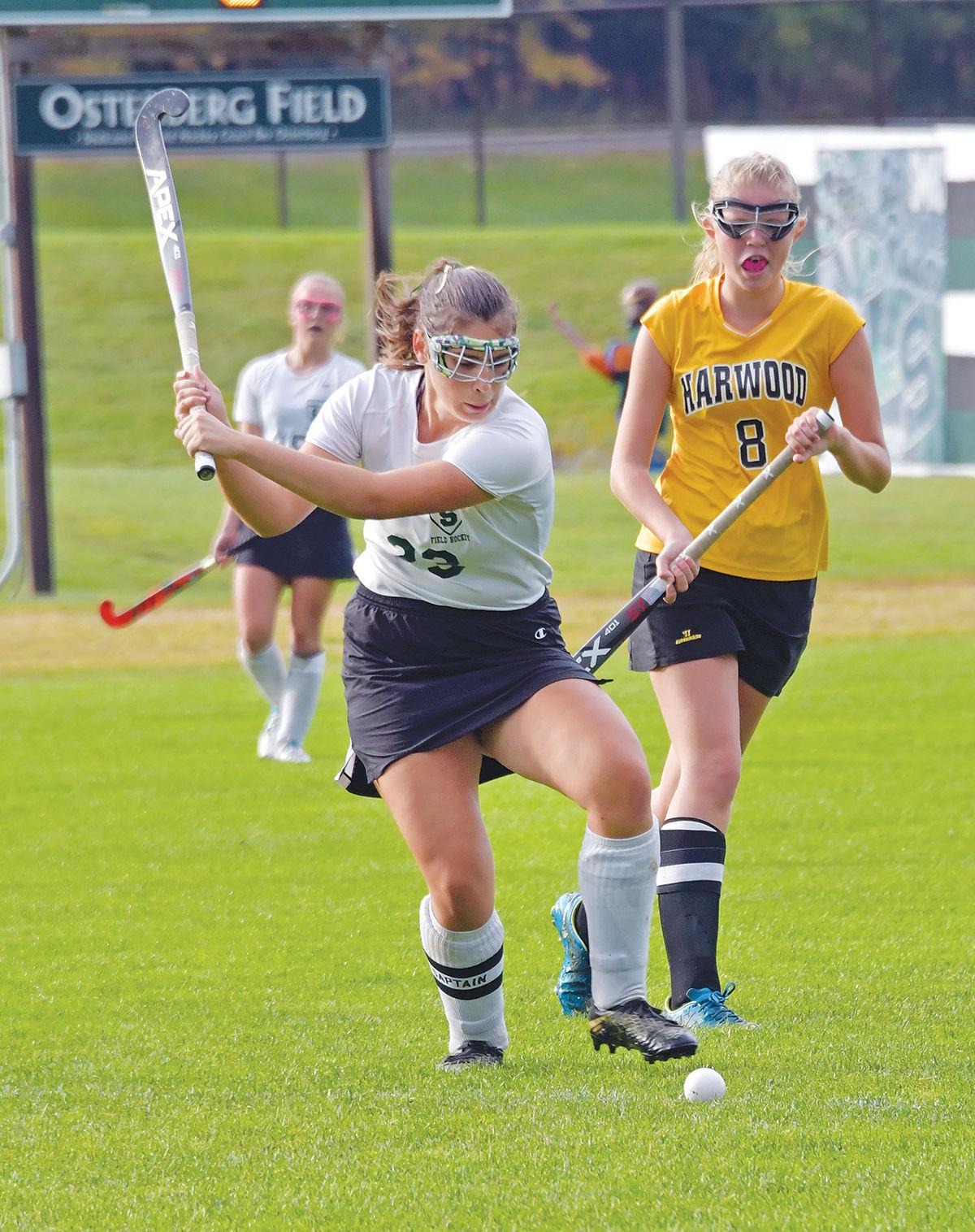 Stowe senior Rachel Cunningham winds up for a drive during Stowe’s home game against Harwood last week. The Raiders won the game 4-0 and are now 6-2 on the season. 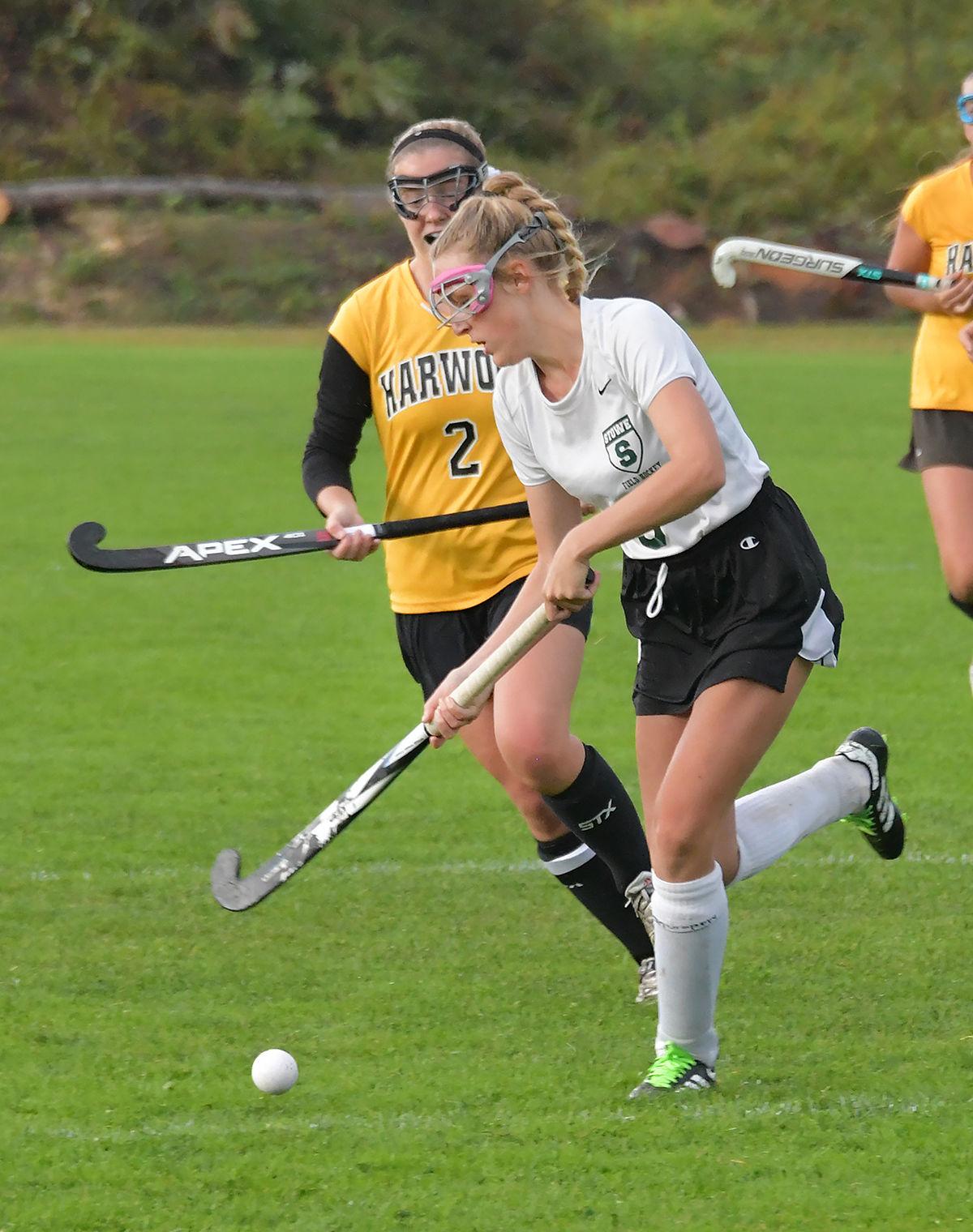 Skyler Graves chases down a loose ball ahead of a Harwood player during the Raiders home win over the Highlanders last week.

Stowe senior Rachel Cunningham winds up for a drive during Stowe’s home game against Harwood last week. The Raiders won the game 4-0 and are now 6-2 on the season.

Postponed due to thunderstorms, rescheduled for Wednesday, Oct. 2, after press time.

Stowe’s Ella Murphy scored the only goal of the game as the Raiders bounced back from a loss to rival Harwood with a win over another Mad River Valley school.

The goal was Murphy’s first varsity score, coming 15 minutes into the second half.

Stowe improved to 5-2 and was in first place in Division 3 at press time. GMVS dropped to 1-3.

Four players scored for Harwood as the Highlanders snapped a two-game losing skid with a road win over rival Stowe.

Host Lyndon scored the game winner in extra time as Stowe lost its second 1-0 overtime contest of the year.

Both of the Raiders’ losses have come on the road at the hands of other Division 3 contenders.

Stowe completed a season sweep of Harwood with another shutout win.

Stella Frame led the Stowe offense with two scores and Natalie Doehla and Abbie Rice each scored once, with Rice and Abbie Fountain chipping in assists.

Stowe is now 8-0 and in first place in Division 2; the Raiders are also the last remaining unbeaten team in the division in their first season playing in D-2.

The Stowe boys team wrapped up its regular season with a win at a tournament played at Northfield Country Club.

Stowe won the event with a 170, Harwood was second with a 227 and Peoples Academy third with a 239. Host Northfield didn’t have enough golfers to qualify for the team event.

Stowe’s sole girl golfer, Lexi James, earned medalist honors with a round of 48.

Stowe’s Chace Newhouse was medalist for the boys with a 38; his teammate Max Gentle shot a 39, Bo Graves a 44 and Jesse Brown a 49.

Peoples was led by Andrew McDermott’s 56. His teammate Jason Wang shot a 59, and Noble Beerworth and Derrick Cookson each shot 62.

Northfield also won the team event for the girls with a score of 104, led by Paige Moorby’s 51 and 53s from both Faith Hoagland and Taylor Baroffio. Peoples was second with a 120; Mie Baek-Jensen shot a 55 and Tiffany Parker a 65 for the Wolves. Harwood’s Maddie Cheney shot a 56.

The Stowe boys were scheduled to compete at the state-championship qualifying tournament on Wednesday, Oct. 2, after press time, at Vermont National Country Club in South Burlington.

Up 16-8 at the break, Fairfax-Lamoille swapped touchdowns with host Springfield in the second half to get the road win over another Division 3 contender.

Noah Brock led the Fairfax-Lamoille offense with 142 rushing yards and all three touchdowns the team scored, tacking on two 2-point conversions. Ty Garon and quarterback Cam Meunier each had an interception on defense for the Bullets. Garon’s pick came with a minute to play to seal the win.

The game was a showdown between the last two unbeaten teams in Division 3. Fairfax-Lamoille is now 5-0 and alone atop the D-3 standings; Springfield is 4-1.