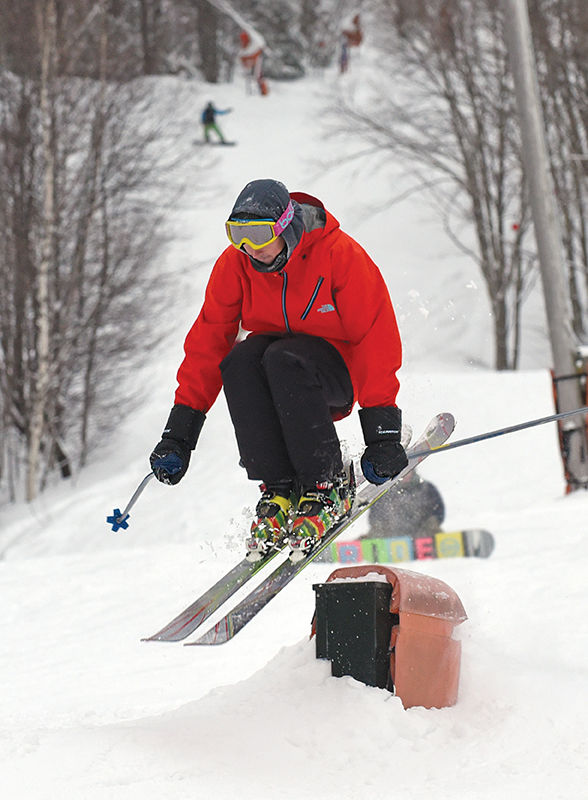 A skier catches some air, assured of a soft landing, at Stowe Mountain Resort over the weekend. 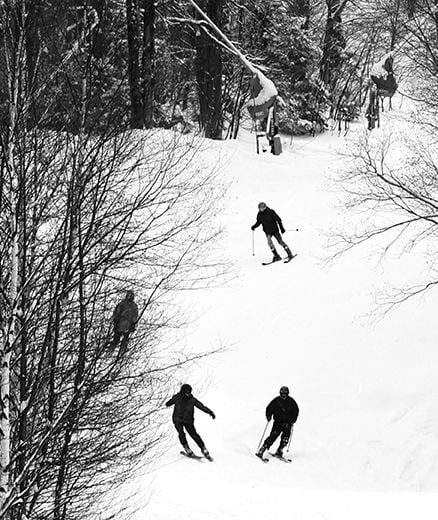 Skiers dot the slopes at Stowe Mountain Resort over the weekend. Locals say Saturday was the best day of skiing in years.

A skier catches some air, assured of a soft landing, at Stowe Mountain Resort over the weekend.

Skiers dot the slopes at Stowe Mountain Resort over the weekend. Locals say Saturday was the best day of skiing in years.

Burke Mountain Resort has reached an agreement to become an “Official U.S. Ski Team Development Site,” the first of its kind in the country.

Details of the agreement were included in a filing late Tuesday afternoon by Michael Goldberg, a court-appointed receiver overseeing the property following investor fraud allegations against the resort’s past owner, Ariel Quiros.

Members of the U.S. Ski Team will train and hold elite skiing competitions at Burke Mountain, Goldberg wrote in the filing.

“Simply put, entering into this contract makes complete sense and is expected to raise the prestige of Burke Mountain, and in turn, drive hotel room sales,” Goldberg said.

In a filing last month, the receiver hinted that expected news would result in “some significant changes” that will “positively impact” the new hotel. He declined, at that time, to elaborate.

In the motion submitted Tuesday, the receiver asked Judge Darrin P. Gayles, who is presiding in federal court in Miami over the fraud case against Quiros, to approve the agreement. The fraud case is pending in Miami, which is where Quiros lives and where many of his businesses are located.

On behalf of Burke 2000 LLC, one of Quiros’ companies, Goldberg has entered into a three-party contract with the U.S. Ski and Snowboard Association, the national governing body of Olympic skiing and snowboarding, and Burke Mountain Academy, an elite ski school.

“This is a unique opportunity to set Burke Mountain apart from the 14 other ski resorts operating in Vermont and from all others in the northeastern United States,” the receiver wrote, “and will also enable the Burke Mountain Hotel’s sister resort, the Jay Peak Resort, to capture overflow room demand during competitions.”

Recently, the filing stated, USSA and Burke Mountain Academy entered into an agreement to bring “leading clubs and programs” around the country to train at Burke Mountain and the Ronnie Berlack Center, a $2.8 million, 15,000-square-foot, top-flight indoor athletic facility that opened last weekend; it’s specifically designed to train world-class skiers.

The goal of the partnership is to create a “development pipeline” for the U.S Ski Team, Goldberg wrote.

“It is expected that hundreds of young skiers will train and compete at Burke Mountain annually and that the Burke Mountain Hotel will greatly benefit with increased room sales, food sales, lift ticket sales and other revenue derived from the young skiers and their families,” the receiver wrote.

At the same, according to the filing, Goldberg entered into an agreement, subject to the court’s approval, with USSA and the ski academy that will designate Burke Mountain as an “Official U.S. Ski Team Development Site.” It is the first such elite ski destination in the nation.

Burke Mountain will also be promoted as the official development site on all U.S. Ski Team social media sites, with links on the USSA website to Burke Mountain Hotel’s webpage, Goldberg wrote.

In return, the receiver wrote, Burke Mountain Hotel has agreed to provide “non-exclusive lift access free of charge” for U.S. Ski Team training and athletic development projects for up to 40 competition period days per season for up to 20 athletes per day.

“The receiver has reviewed this commitment with his ski operations crew who have assured him that this non-exclusive use of the lift and exclusive use of designated ski lanes on a few trails will not impact recreational skiers (in fact, this already takes place pursuant to an easement agreement BMA has with Burke 2000 LLC),” the filing states.

Michael Sher, the head of Friends of Burke Mountain, a nonprofit group, said in an interview that, on competition and training days, exclusive lanes will be set aside for the ski team on the racing hill. Other areas of the mountain that offer recreational skiing will not be affected. Half-price tickets for non-team members will be made available for attendees at sanctioned events.

“We’re thrilled that Burke Mountain has been designated the official U.S. Ski Team Development Site,” Sher said. “It will bring hundreds of elite skiers to the Burke area.”

Sher said the multiplier effect for the local economy will benefit small businesses that provide food, lodging and services to the ski area.

“We are very indebted to Burke Mountain Academy and Michael Goldberg as the court-appointed receiver for reaching this historic deal with the U.S. Ski Team,” Sher said.

Burke Mountain Academy, which has 65 students from all over the world, is located just a short ways down a road from the resort.

Over the past 40 years, the academy has produced 33 Olympians, 138 national team athletes and 117 U.S. Ski Team members. A recent alum, Mikaela Shiffrin, was the 2014 Olympic gold medalist in the slalom event. Last month, Shiffrin won the Women’s World Cup slalom race in Killington.

Goldberg said he has consulted with the U.S. Securities and Exchange Commission, which does not object to the proposal. The SEC filed the investor fraud case against Quiros, who also owns Jay Peak, and his former business partner Bill Stenger, Jay Peak’s former CEO.

The state of Vermont also has a similar investor fraud lawsuit pending against Quiros and Stenger.

In addition to consulting with the SEC, Goldberg said he conferred with Stenger, who also did not object to the agreement with the USSA. The receiver wrote that he also reached out to counsel for Quiros, but due to the short notice could not a provide a position, though an objection is not expected.