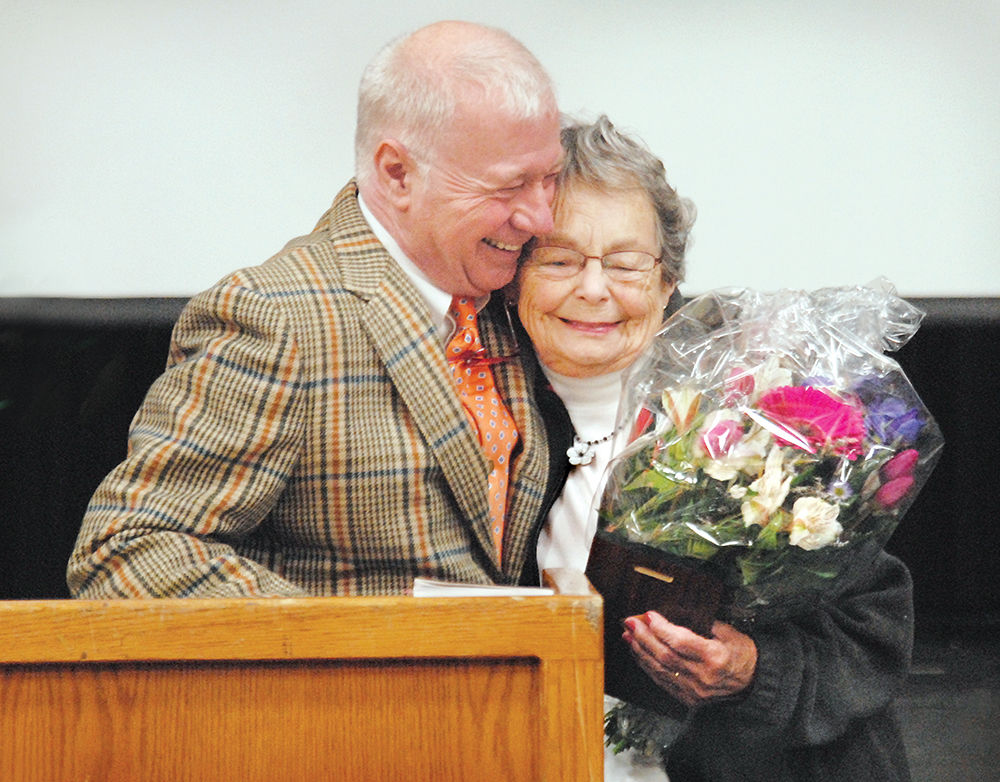 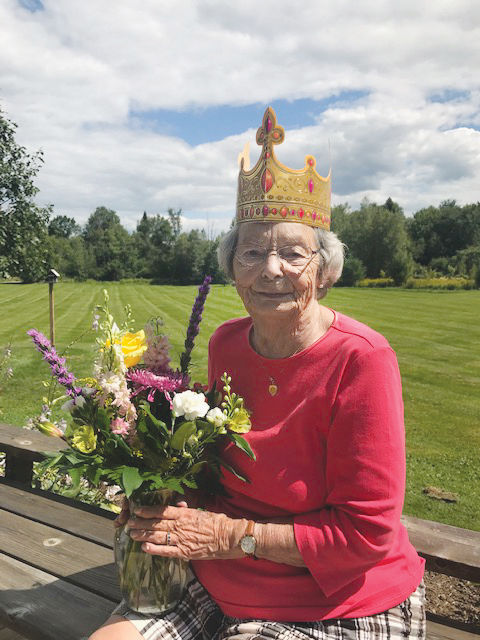 Barbara Allaire celebrates her 90th birthday Aug. 27 with an open house at the Akeley Memorial Building, where she’s worked since 1975. Allaire is the town’s longest-running employee.

Barbara Allaire celebrates her 90th birthday Aug. 27 with an open house at the Akeley Memorial Building, where she’s worked since 1975. Allaire is the town’s longest-running employee.

There’s a birthday party Tuesday at the Akeley Memorial Building, and you’re invited. The whole town is.

On Aug. 27, Barbara Allaire, the heart and soul of Stowe’s town hall, turns 90, and she hopes people stop by her office that day to give her a birthday hug.

Allaire, who currently works part-time handling administrative support for the town, is Stowe’s longest-running municipal employee, and vehemently rejects any notion of retirement.

Allaire was hired part-time in 1975 to help then-town appraiser Tom Vickery with poll taxes, back when citizens had to pay a tax to vote; Stowe town manager Charles Safford said poll taxes have long since been outlawed as unconstitutional.

She was also working full-time at what was then Harrington’s Store, which sold meats and cheeses, located where the Fly Rod Shop now is on Route 100.

Her job at the town was “checking on people that hadn’t paid poll taxes,” Allaire said. “Writing them letters, calling them up and telling them their poll taxes were due.”

Allaire also used to work for the Stowe Planning Commission, and during her years at Stowe’s town government, she had a stint as a secretary in the town zoning department.

“I don’t remember a single time when I’ve researched old Board of Adjustment minutes from decades ago that they weren’t signed ‘Respectfully submitted by Barbara Allaire.’ She may be the most prolific author in the history of Stowe,” said Tom Jackman, Stowe’s director of planning.

Allaire was born in Stowe in 1929, and graduated from Stowe High School in 1947.

Allaire, neé Barbara Smalley, married her husband, Albert Allaire, two years later, in 1949. He grew up in Elmore and graduated from Peoples Academy and then the University of Vermont, and went on to a decorated military career, fighting in the Battle of Iwo Jima.

The couple had four children, Burt, Brian, Joan and Jill, all of whom graduated from Stowe High School and went on to give the couple a gaggle of grandchildren, and one great-granddaughter so far, she said.

Allaire has never lived anywhere else, and says she’s never wanted to, but from her vantage point in the upper floor of the Akeley Memorial Building, she’s watched the town evolve and shift from a local’s small town to a popular travel destination.

When asked to describe some of the town’s changes and growing pains, Allaire laughs and pauses to think.

“From a working standpoint, we used to be a closer-knit group than we are now,” Allaire said. “There’re many employees that I don’t know” now, she said. “I couldn’t tell you when it changed. It kind of evolves over time. There used to be a lot of Stowe people working here, and now they’re not.”

Allaire says life in Stowe feels busier to her now than it used to.

“Although as I went along throughout the years, I always thought it was busier at certain times of the year,” she said.

Allaire speaks with a deep passion for the place she lives and what she does.

She says she will be giving up her duties with the development review board Jan. 1, 2020 because driving to night meetings has become difficult.

“The guys are so good to me, but it’s just too much. I do love my cemetery work so I’ll still do that as long as I can. There’s a lot I can do from home,” Allaire said.

To her, working with the Stowe Cemetery Commission is a way to connect with family members she’s lost over the years and protect and preserve their legacies and final resting places.

“My family is all buried here,” she said. “I just have an interest in the cemetery. We’ve got a nice commission trying to keep the cemeteries.”

She praised Bruce Godin, parks superintendent, for his work maintaining the cemetery grounds.

“It’ll be a sad day when he leaves,” Allaire said. “We’ve had some good times,” she said of her work-mates at the town of Stowe.

“She not only knows who’s alive, but she knows where everyone’s buried,” said Stowe Town Manager Charles Safford, who said Allaire’s institutional knowledge helped him immensely when he came on board as Stowe’s town manager almost 11 years ago.

“She’s certainly a wealth of knowledge in terms of the history of Stowe,” he said.

He loves working with Allaire.

“Barbara likes to laugh, and she’s a lot of fun to get with, and she likes things that have a little spice to them,” Safford said, chuckling and acknowledging some of his favorite stories about his most senior employee aren’t fit for the public.

“She finds great joy in humor,” he said. “In that regard, she’s a lot of fun just to get together with and talk about something. Once she gets laughing, she’ll keep going, and then she starts making you laugh even harder.

“She’s a good person to visit with, and I think she’s shown a deep caring for not only the community but the people of the community and the employees of the town in particular. She’s always very concerned about the welfare of everybody that works here.”

Harry Shepard, Stowe’s public works director, described Allaire as a “den mother” with a tear in his eye. “She reminds me in many ways of my grandmother. She helps keep a historical perspective of things, and she’s always good bringing in snacks and institutional knowledge. … I really enjoy the old gal.”

Sue Moeck, who retired as Safford’s executive assistant almost three years ago, says Allaire made her job much easier.

“She’s the most dedicated town employee there ever could be. She just cares so much,” Moeck said, before chuckling at an Allaire tidbit that came to mind.

“It’s kind of a joke around there, or it was when we were all there, she’d hang out in my office in the morning and she’d be lying in wait for any of the guys to come in because she always would get a kiss or a hug or a squeeze,” she said.

Leighton Detora, Stowe’s town moderator, remembers Allaire jokingly calling him cheap when he said he still had his poppy from the previous year.

“The military is very, very important to me,” Allaire said.

“My mother has always worked in some capacity,” said Jill Allaire, Barbara’s youngest, 58. “She hates Sunday because she doesn’t have to get up and go to work. Work is not work for her. It’s the social aspect of being around other people.”

Jill remembered her mother once mailing Stowe’s autumn leaves to somebody who’d moved away and mentioned missing the town.

“My mom has always been one to help people, that’s always been something that’s been really important to her, Jill said, “to be part of her community and if someone has a question or needs some help, she’s there.”

To celebrate Barbara Allaire’s 90th birthday, there will be an open house on Aug. 27 from 11 a.m. to 1 p.m. at the Akeley Building Memorial Ro…