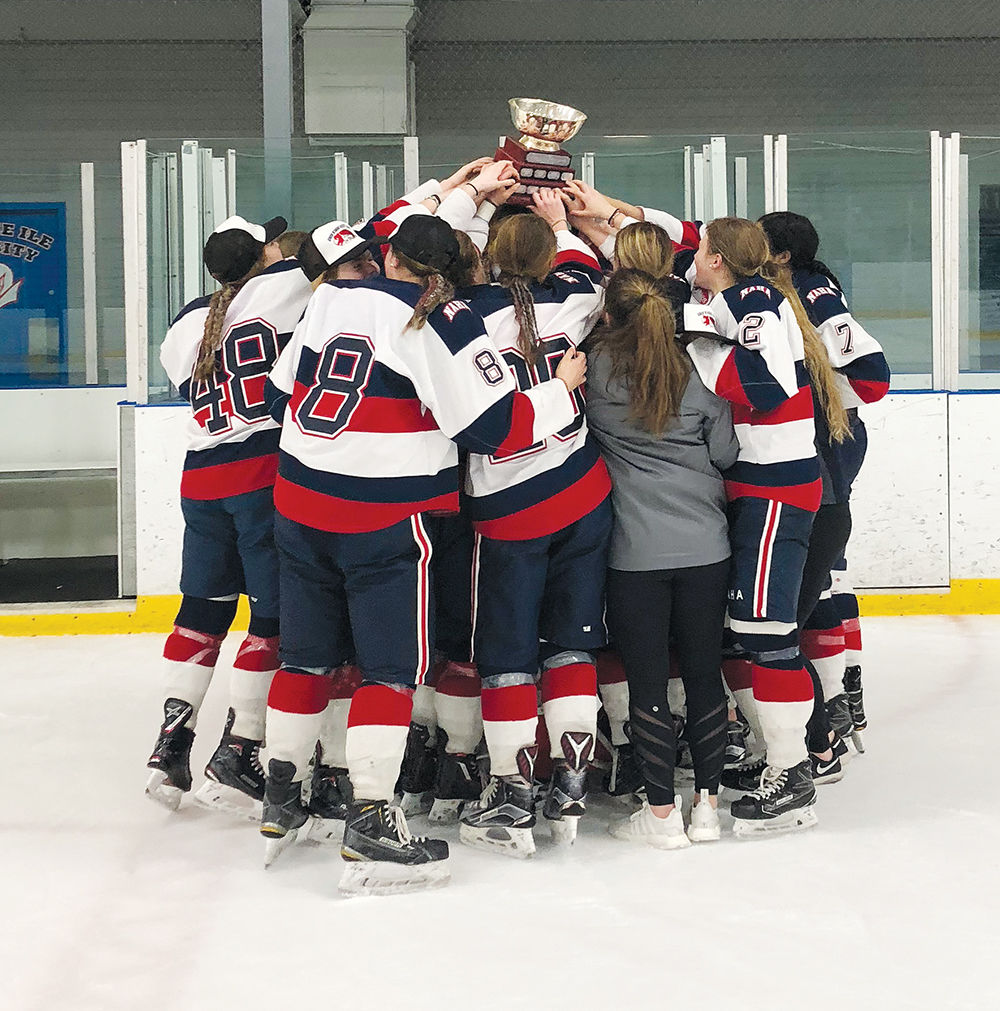 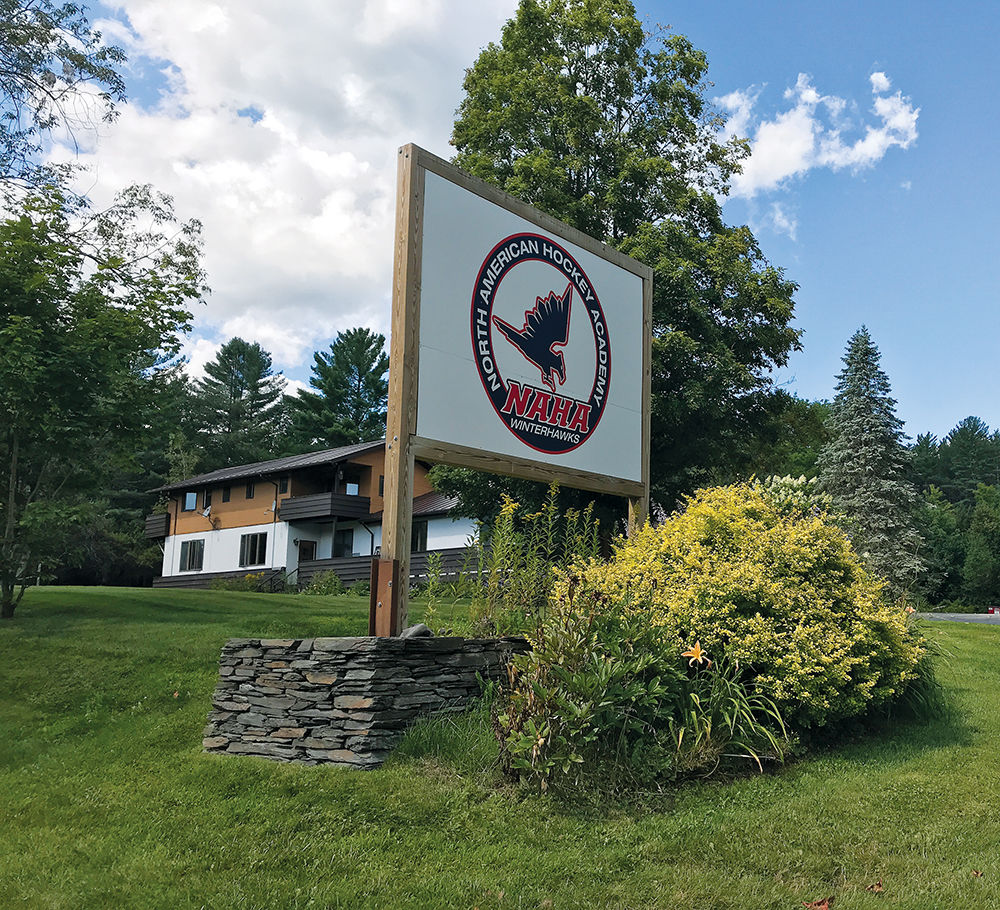 The North American Hockey Academy has been in Stowe since its founding in 1998, save one year when it moved to Jay Peak; next year, it will operate in Boston, according to an email to town officials from director Bill Driscoll.

The North American Hockey Academy has been in Stowe since its founding in 1998, save one year when it moved to Jay Peak; next year, it will operate in Boston, according to an email to town officials from director Bill Driscoll.

Stowe’s school for girls who excel in hockey is moving to the Boston area.

“This all came together really fast within the last 10 days or so,” Driscoll wrote in an email to Whitaker dated Aug. 8.

Driscoll did not respond to emails or phone calls by press time, and a marketing agency representing him didn’t comment on the sale.

NAHA’s ice rentals from Stowe Arena account for a big chunk of the arena’s annual revenue — which hasn’t yet met an annual goal since it opened in 2013, said Charles Safford, Stowe’s town manager.

The $6.5 million borrowed to build the ice rink accounts for 30 percent of the town’s debt.

This year, NAHA ice rentals were expected to account for a quarter of the arena’s annual revenue, and this summer, between May and August, it accounted for 30 percent of that revenue.

North American Hockey Academy has been in Stowe since 1998, and bought its current location at 3430 Mountain Road in 2006.

NAHA takes 40 female hockey players every year in grades 8 through 12.

He originally looked at Killington for the academy’s location, but decided on Stowe when those plans fell through.

Mount Mansfield Winter Academy partnered with the nascent NAHA to offer academics and, after two years, Driscoll realized his organization could make a go of it as a private school for girls who were serious about playing hockey.

Olympic gold medalist Amanda Pelkey is a NAHA alumna, and many other students have gone on to top-flight college hockey programs.

This isn’t the first time NAHA has eyed other locations. In 2011, it moved to Jay Peak and its newly constructed Ice Haus after Stowe voters rejected the first plan to reconstruct the former Jackson Arena.

NAHA came back to Stowe for its 2012 season after voters approved construction of the new Stowe Arena, to the tune of $6.5 million.

NAHA has been a primary user of Stowe Arena, holding practices and occasional tournaments there.

Since Stowe Arena opened in 2013, concerns have swirled about its profitability; it’s never hit its revenue target, and heating, ventilation and climate control repairs have cost the town tens of thousands of dollars.

In 2017, a report commissioned by the Stowe Recreation Commission, which oversees the rink, said the arena may never turn a profit.

“I can confidently say that it is impossible for this facility to churn out a profit,” wrote Terrie Wehse, who authored the report.

Every year, the town government pays about $500,000 toward the 20-year loan it took to build Stowe Arena, with $350,000 coming from the 1 percent local option tax levied on meals and rooms in Stowe; the rest comes from property taxes.

This year, the town expected 30 percent of Stowe Arena’s summer revenue would come from NAHA. This summer, NAHA ice rentals accounted for 27 percent of the arena’s revenue of $40,315 in May through August, up from 12 percent of last year’s almost $24,000 revenue for the same months.

This fiscal year, NAHA was projected to account for a quarter of Stowe Arena’s total projected revenue. Last year, it accounted for 28 percent.

“This is a substantial amount of our business throughout the year,” Safford told the Stowe Select Board Monday.

NAHA hosts its annual Labor Day tournament at Stowe Arena; that will continue this year as planned.

“They were a very important asset for the rink,” Whitaker said, calling Driscoll “part of the family, and it’s a bummer that he’s gone. Everybody that uses the rink is still a family, and now it’s just time to move on and see what we can do” for the town and the rink’s revenues.

Changes in the rink’s schedule may be enacted.

The select board intended to consider offering a 90 percent discount on ice time to the Make-A-Wish Foundation, which is considering moving its annual fundraising tournament to Stowe next June. But after learning about NAHA’s sale and move, the board decided Monday to table the request, acknowledging it may not want to commit to keeping an ice surface at Stowe Arena during the summer without the NAHA revenue.

The North American Hockey Academy in Stowe, with some of the finest up-and-coming women’s hockey players on the continent, will host its final…