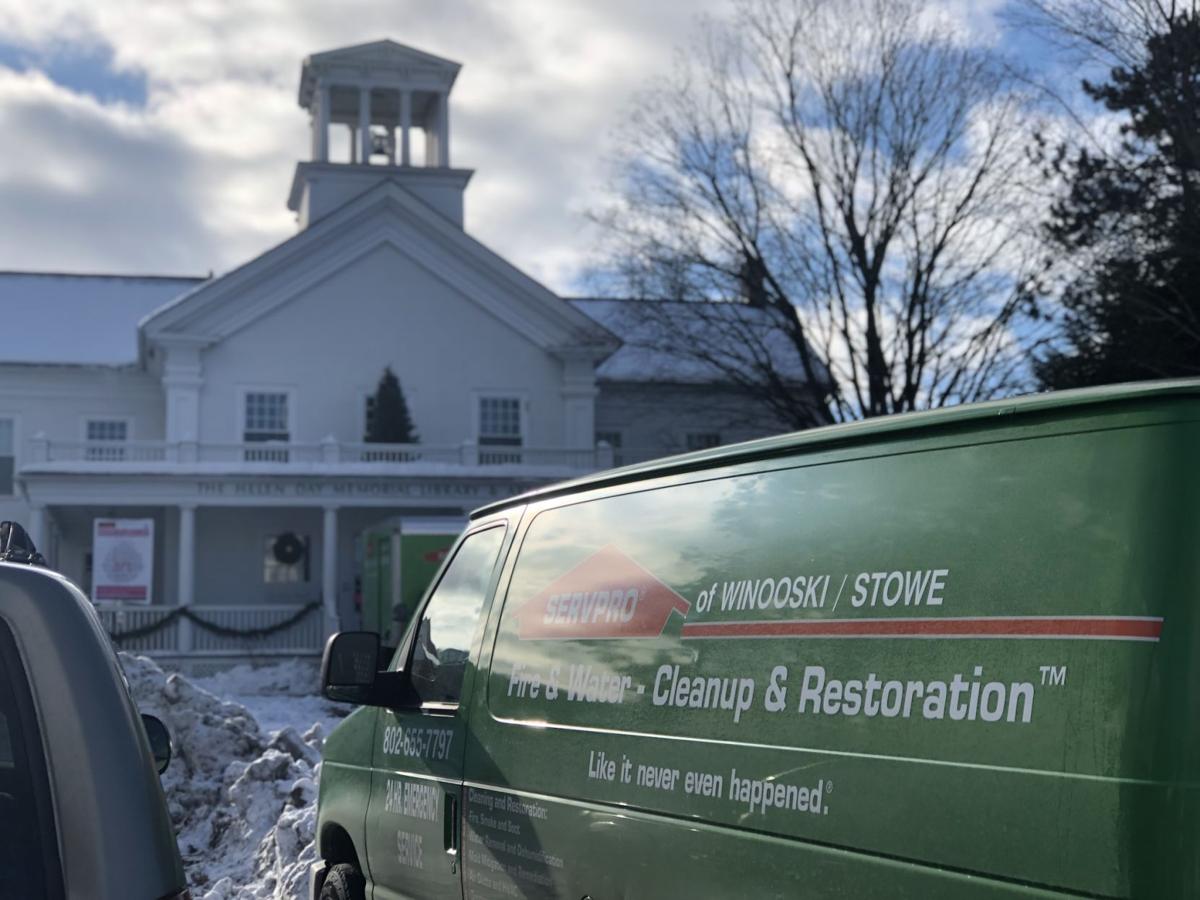 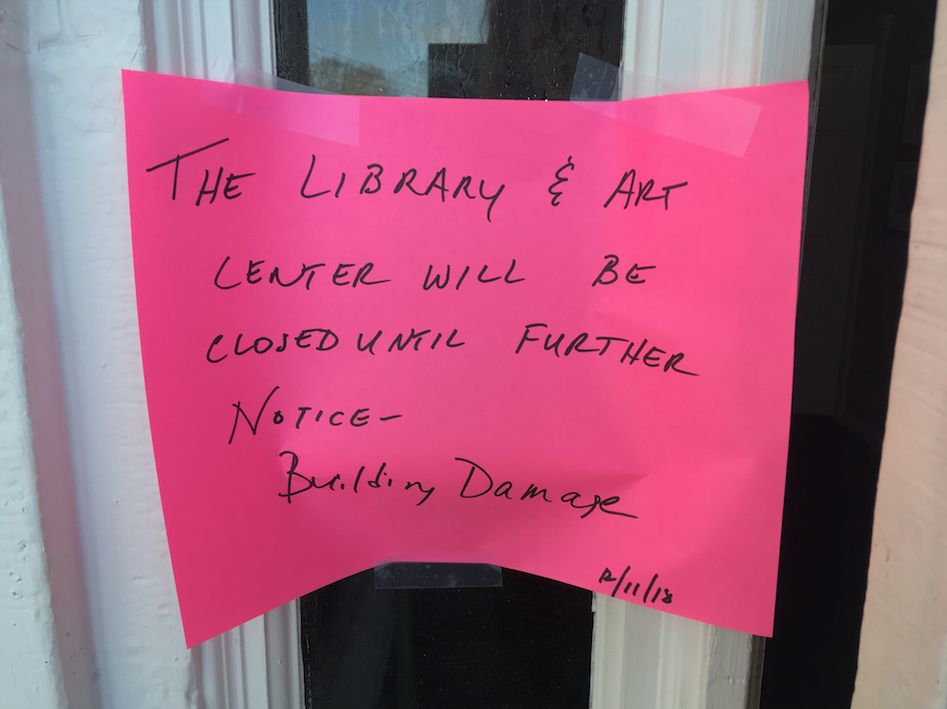 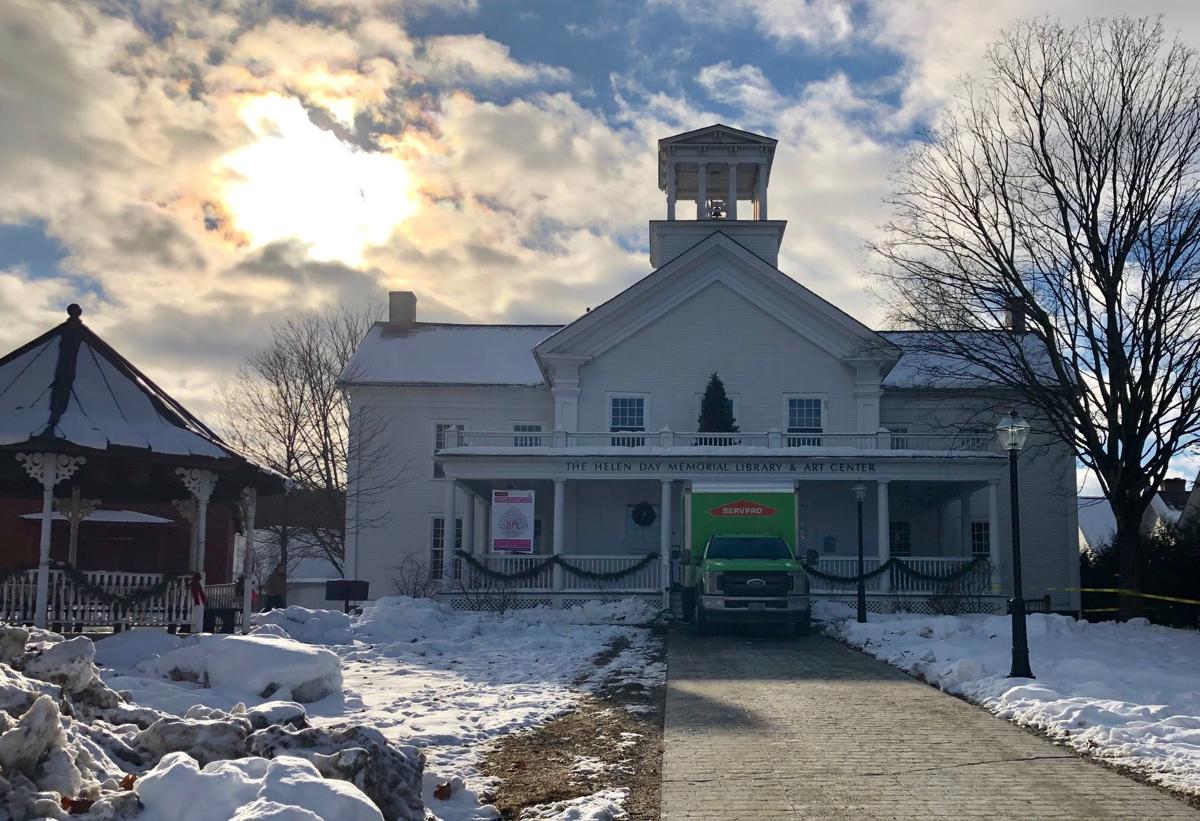 Safford said the sprinkler burst before 6 a.m. Dec. 10, and Stowe Fire Department responded to the alarm and shut off the water.

Both the Art Center and the Library are closed until further notice.

Safford thinks the sprinkler was located in the attic, and water quickly made its way through the ceiling to the main floor of the library and to the exhibit space of Helen Day Art Center, where the annual Members’ Art Show and Festival of Trees and Light is on display.

None of the artwork on display was damaged, although some frames were wet, said Jen Schoeberlein, deputy director of Helen Day. One section of gallery walls was damaged by water.

"Per instruction from the town, the building will be closed for the next several weeks for repair, so we will be de-installing the artwork today," Schoeberlein wrote in an email.

"At this point, we think the best approach is to continue the exhibition online," Schoeberlein said. The artwork is available for viewing and purchase at helenday.com.

Safford said some of the library’s almost 35,000-piece media collection, including books, magazines, videos and audio recording, was damaged by water, as well as the library’s basement storage area.

A new carpet, installed earlier this year for $30,000, was damaged heavily, as was a new fire alarm system in the building.

Town officials are working with Vermont League of Cities and Towns, which provides Stowe’s municipal insurance, to assess the damage.

Safford said the boiler is on, so pipes in the building won’t freeze, but the power has been shut off, and “nobody should go to the building. There’s nothing to help out with at this point.

“It’s going to take some time to do everything that needs to be done,” he said. “The important thing is, nobody was hurt.”

This story will be updated as more details are available.

The Helen Day Art Center and Stowe Free Library, which share a building on Pond Street, are closed for the foreseeable future because a burst …