You are the owner of this article.
Edit Article Add New Article
You have permission to edit this article.
Edit
Home
SCENE Sections
Calendar
Special Publications
Multimedia
Marketplace
Classifieds
Contact Us
1 of 3 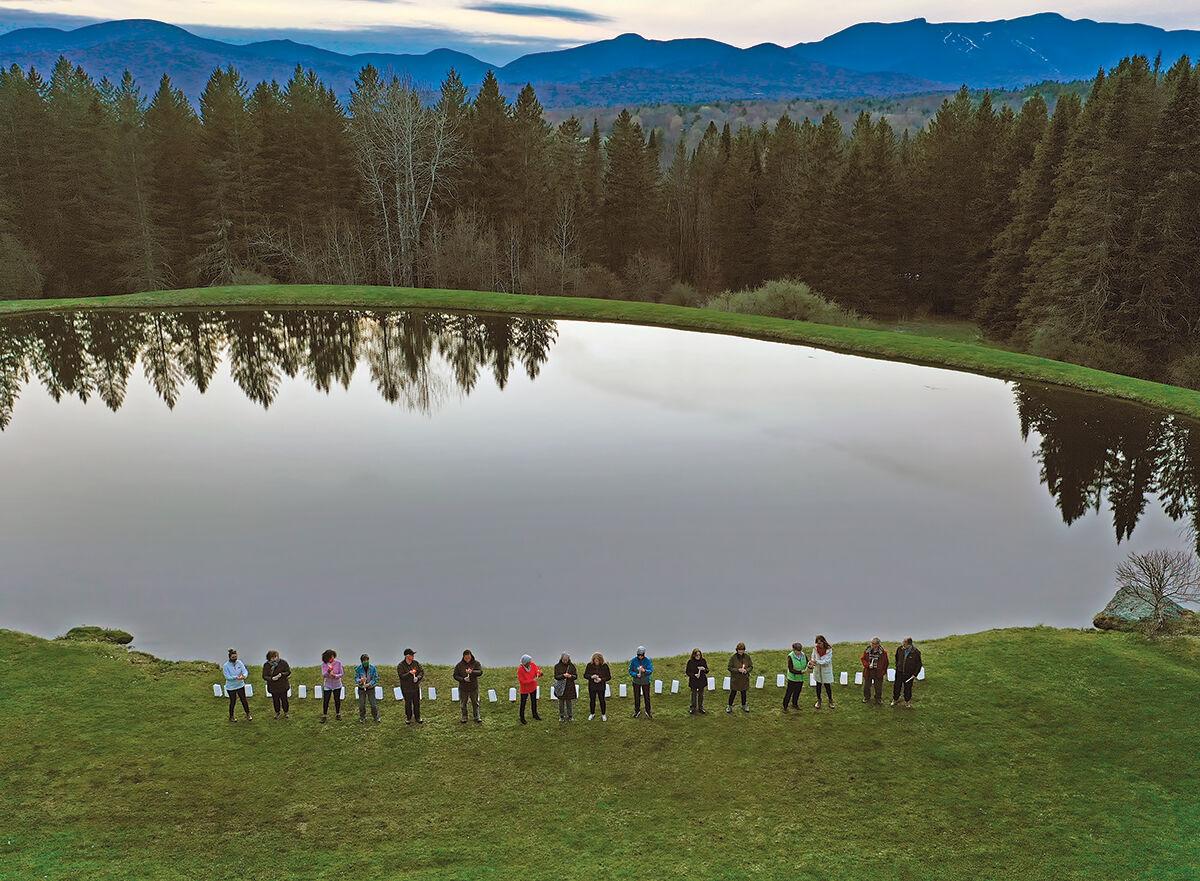 The annual Stowe Weekend of Hope, which returns this weekend, began with a tribute to Paula Helmken Tuesday night at the Goodson family pond in Stowe. Helmken, who died March 11, was honored for her many years as a volunteer and board member for the event. 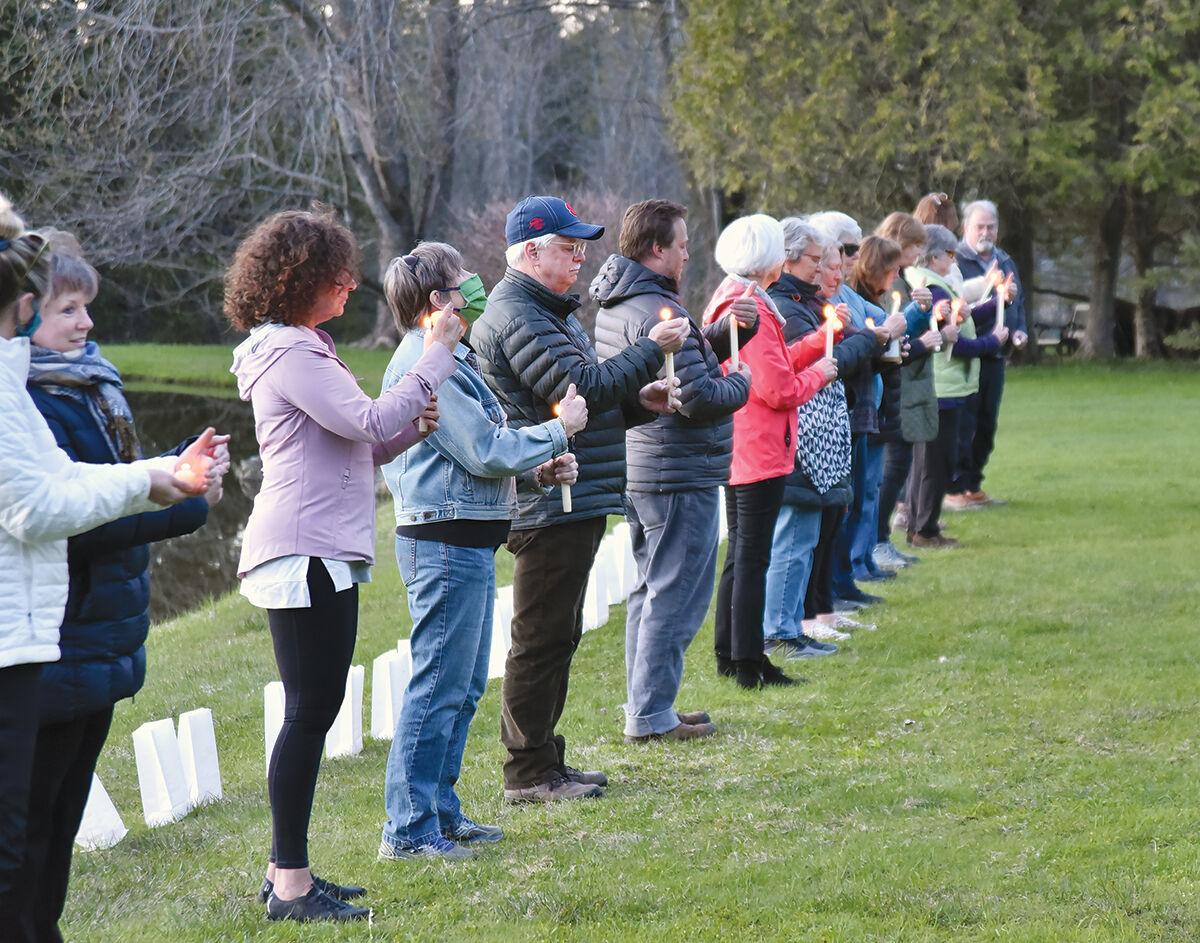 The event began with a tribute to Paula Helmken Tuesday night at the Goodson family pond in Stowe; attendees hold lighted candles during the ceremony. 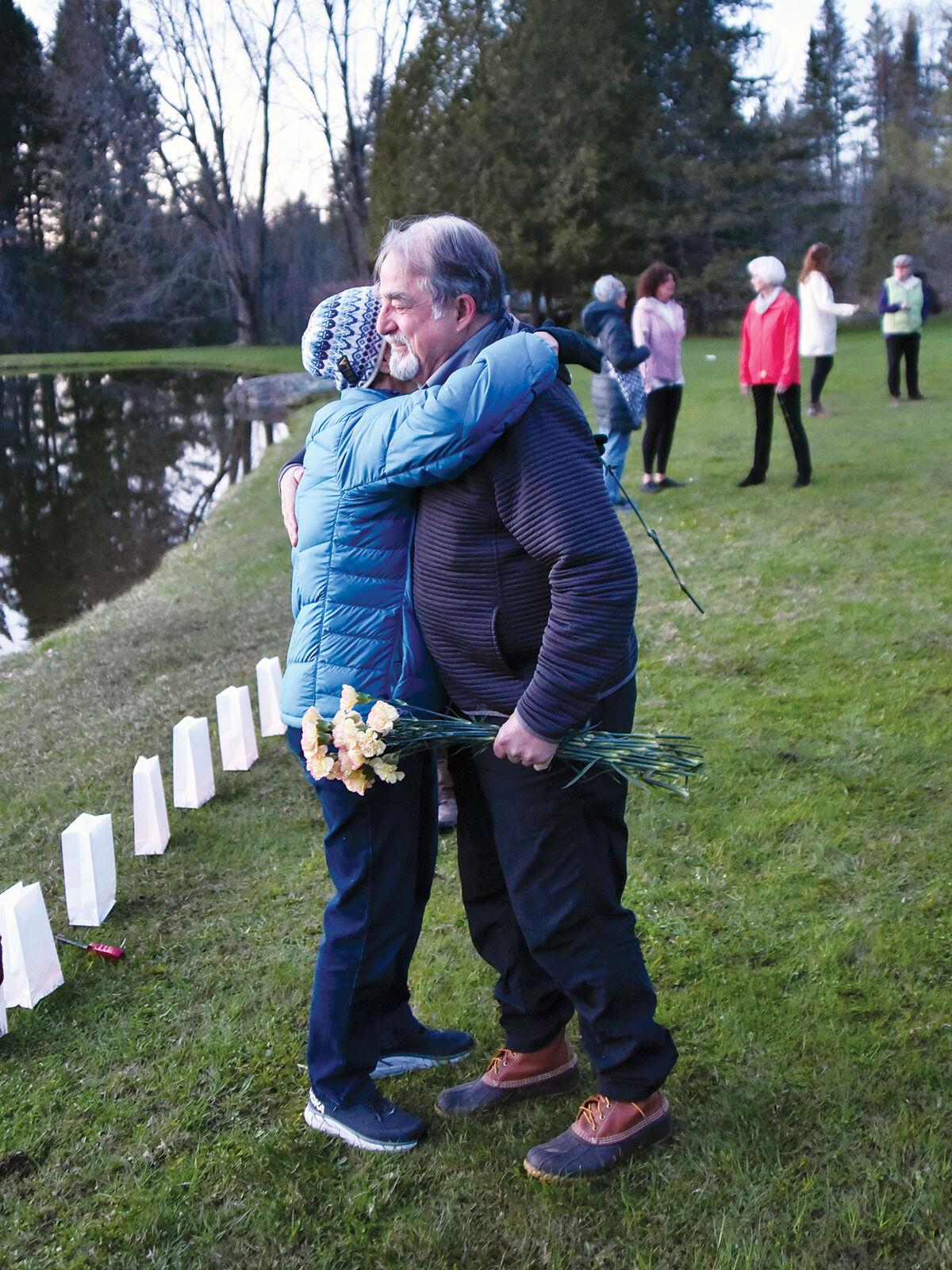 Paula Helmken’s husband Gilbert is comforted by a friend who attended.

The annual Stowe Weekend of Hope, which returns this weekend, began with a tribute to Paula Helmken Tuesday night at the Goodson family pond in Stowe. Helmken, who died March 11, was honored for her many years as a volunteer and board member for the event.

The event began with a tribute to Paula Helmken Tuesday night at the Goodson family pond in Stowe; attendees hold lighted candles during the ceremony.

Paula Helmken’s husband Gilbert is comforted by a friend who attended.

When its directors briefly considered postponing the 21st annual Stowe Weekend of Hope and waiting out the pandemic to reconvene in person, board member Kathleen McBeth thought of someone she’d met at the last in-person event in 2019.

“I had this one gal that came up to me at the end of the weekend and she said to me, ‘you know, before I came, I had decided to stop treatment, I didn’t think that it was worth it anymore, but after meeting other people and after listening to the speaker, I’m going to go back and I’m going to resume treatment,’” McBeth said.

It’s meaningful moments like this that have made the weekend what it is — an essential and sometimes life-changing retreat for those living with a cancer diagnosis that features speakers and events centered around a holistic sense of wellness that includes treatment, therapy and nutrition.

• A keynote address from Sarah Thomas, a world record-holder in marathon swimming who continued swimming through an aggressive breast cancer diagnosis.

• A discussion on genomically informed cancer care led by Dr. Nikoletta Sidiropoulos from the University of Vermont’s Larner College of Medicine.

As McBeth’s story shows, the sense of community fostered at a retreat like this is perhaps the most important part of what attendees take away from it — and is the most difficult aspect to maintain when holding it remotely.

McBeth first became involved with the Weekend of Hope near its inception almost twenty years ago as an attendee herself.

Over time she became more involved and eventually joined the board. During the past COVID-raddled year she’s witnessed how the isolation and danger of the pandemic has affected cancer patients and their caregivers, both personally and professionally as a clinical psychologist at the University of Vermont.

With these concerns in mind, McBeth and the rest of the board knew this year couldn’t pass without bringing the Weekend of Hope community together, even if it had to be virtually for a second time.

“Anything that you can provide that gives people a sense that they’re not alone is the most amazing thing that you can possibly do,” McBeth said. “Sometimes that’s all we can do or part of what we can do. I speak to cancer patients every day, all day. To provide them with a sense of hope and a sense of willingness to keep going, it’s a challenge. And yet you see the resilience in them, it’s just amazing.”

Canceling this year would have been easier, but, she said, the board was not on board.

The event was forced to pivot quickly for last year’s 20th anniversary by holding events meant to be in-person over the Zoom platform, and the social component was difficult to replicate.

This time around, organizers have come prepared and switched to the conferencing software Remo, which organizers hope will make the event more interactive. They also plan on recording each event, so those unable to attend will be able to view events after they’re held live.

The hope is to continue some of these features in the future to make the Weekend of Hope more accessible even when attendees can return.

“I do think that the virtual has been kind of a blessing in some ways,” McBeth said. “In the pandemic, when you talk about social isolation, one of the hardest things for a cancer patient while they’re going through treatment is that they don’t have the support that they generally would have. And so, cancer and COVID has been a real challenge. The combination of the social isolation and the fear of getting ill from a virus has brought up a level of anxiety and fear that we hadn’t seen.”

Leslie Anderson, a member of the Weekend of Hope’s planning committee, has been involved with the event more or less since the beginning, when it focused on breast cancer and Mother’s Day weekend.

To her, what makes the event special is Stowe itself. The community consistently steps up to offer everything from free hotel rooms to first time attendees to an idyllic and welcoming atmosphere, but she believes a virtual event will still be special.

“Where else could you go and speak to doctors that are not actually your own physicians, and discuss your diagnosis, your cancer type and get other opinions, thoughts and recommendations?” Anderson asked. “These doctors and nurses donate their time throughout the whole weekend and they’re doing that again this year through the virtual platform.”