You are the owner of this article.
Edit Article Add New Article
You have permission to edit this article.
Edit
Home
SCENE Sections
Fall Foliage Photo Contest
Calendar
Special Publications
Multimedia
Marketplace
Classifieds
Contact Us
1 of 4 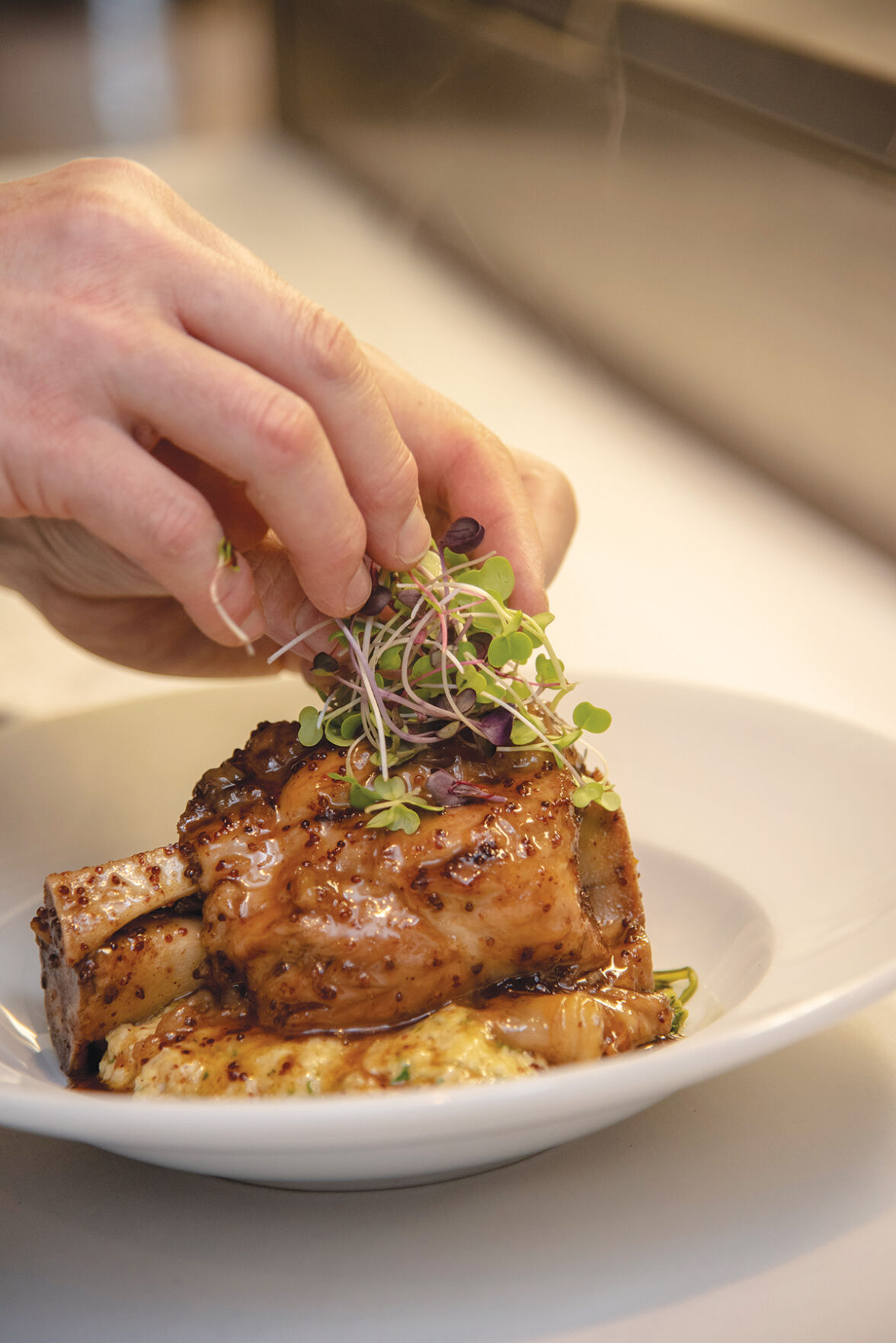 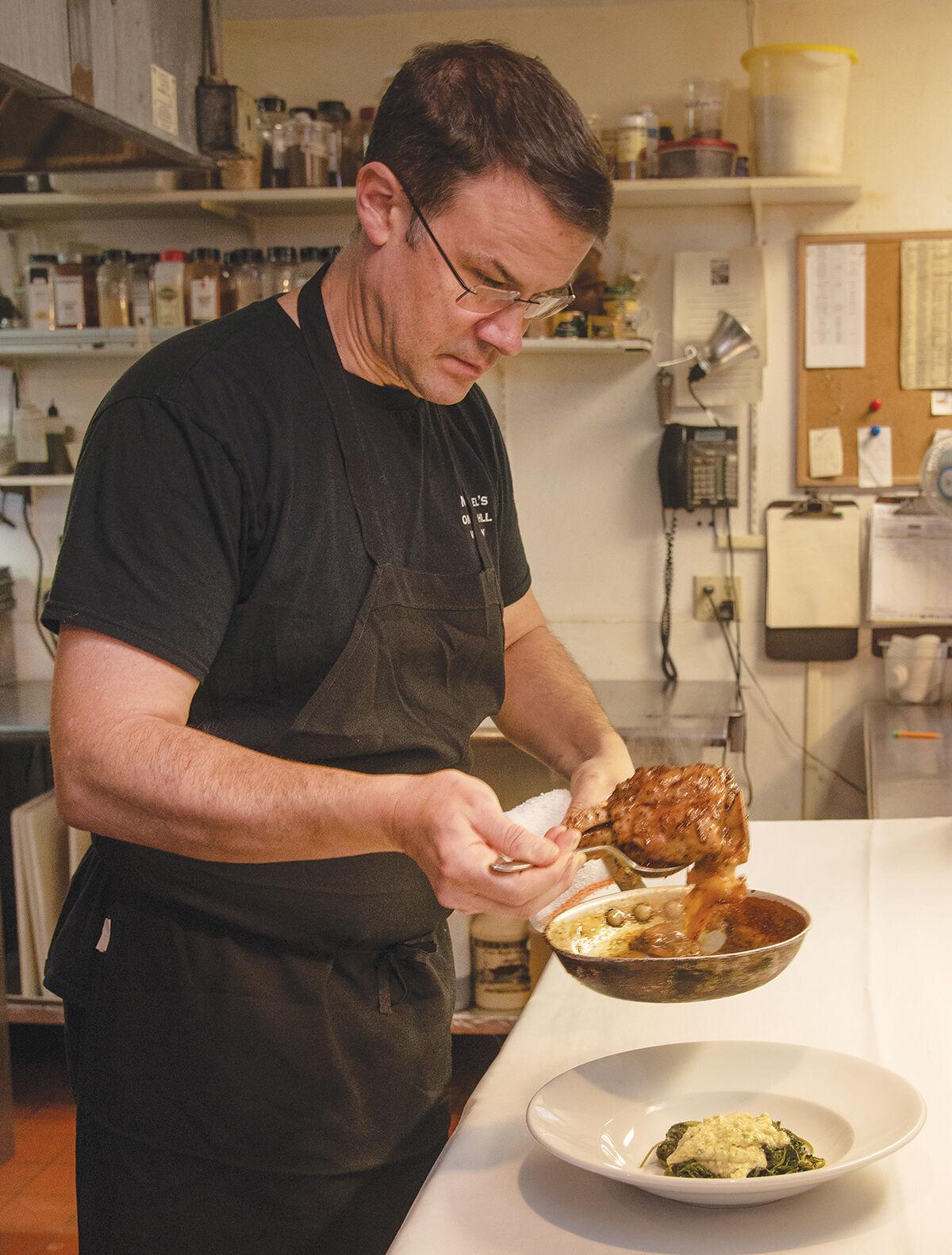 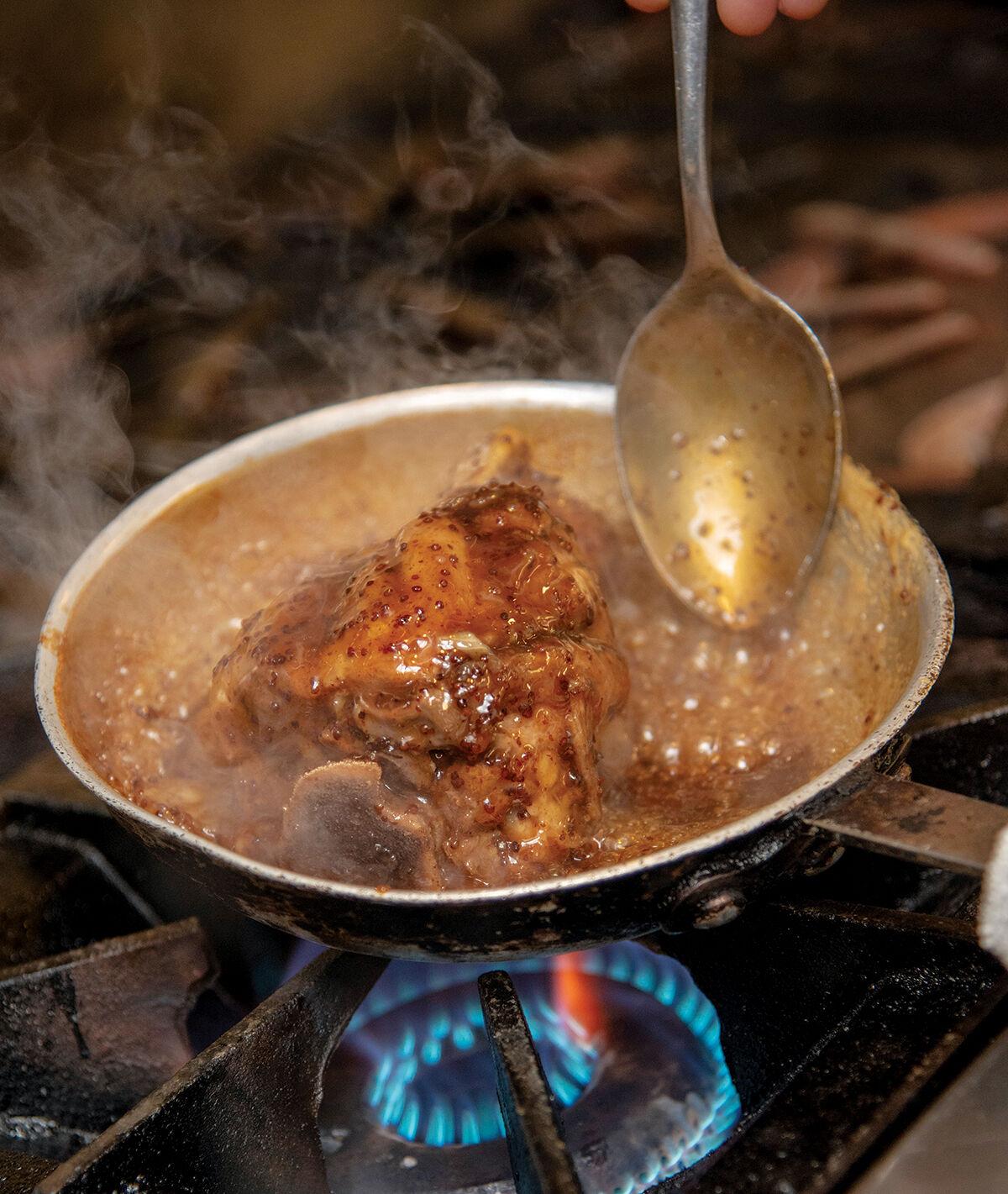 Chef Michael Kloeti sautes the pork shank for one of his signature fall entrees at his Waterbury Center restaurant. 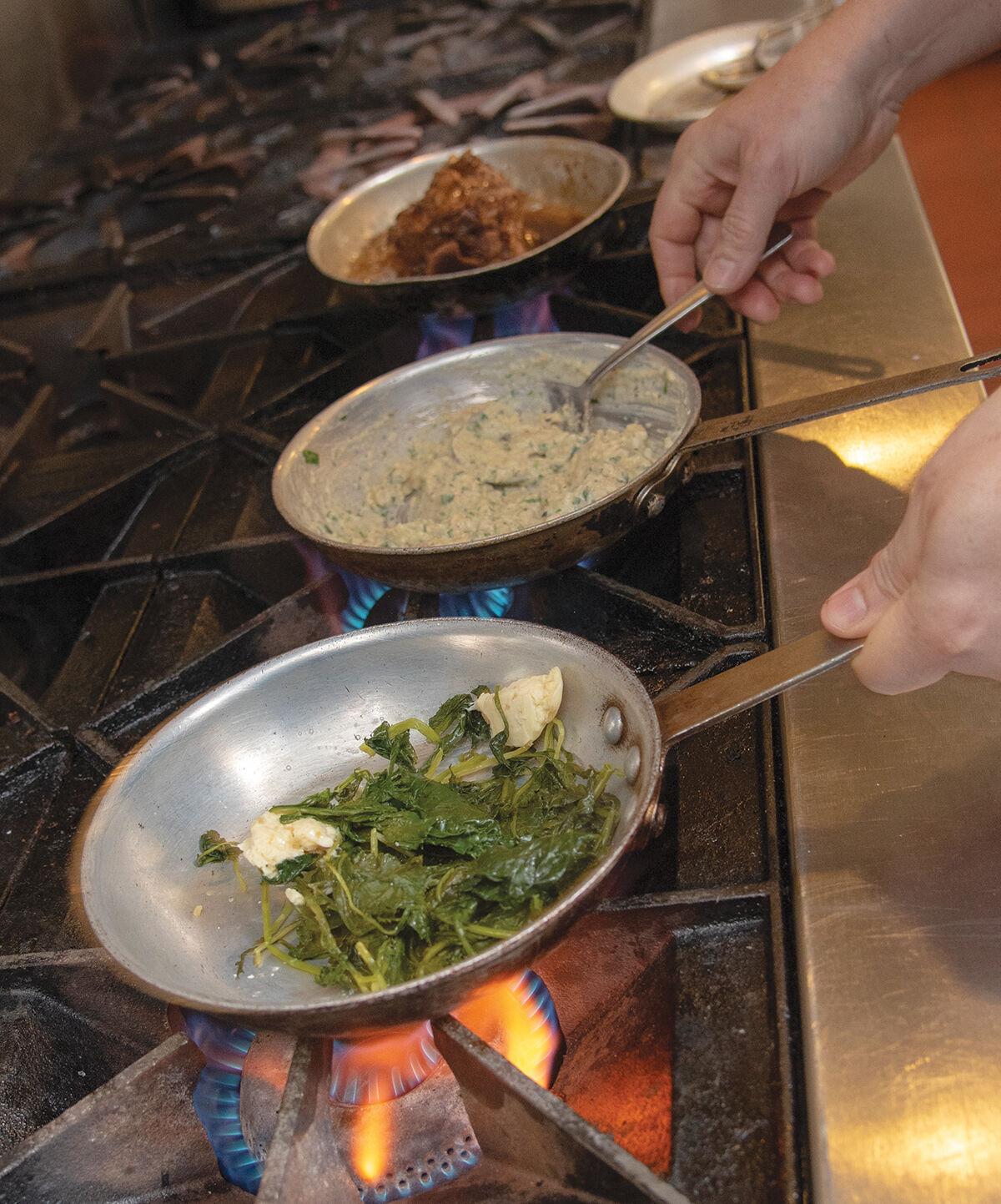 Chef Michael Kloeti prepares the ingredients for one of his signature fall entrees at his Waterbury Center restaurant.

Chef Michael Kloeti sautes the pork shank for one of his signature fall entrees at his Waterbury Center restaurant.

Chef Michael Kloeti prepares the ingredients for one of his signature fall entrees at his Waterbury Center restaurant.

As the air cools and the leaves turn, the balance to be achieved at the dinner table, according to Chef Michael Kloeti, is in leaning to the comfort the season demands while making the most of what the harvest season offers.

“By the very start of fall, I just look at comfort,” he said. “More often in the summer, it’s lighter dishes. A quick sauté or a quick sear. But then in the winter, you’re looking at braised items cooked for a while.”

The roasted fall squash soup Kloeti serves embodies this shift from heat and light toward the warmth required by darker days. There’s the time and heat that goes into roasting and breaking down the squash, but crème fraîche keeps it balanced, like slanted sunlight warming a chilly wind.

At Michael’s on the Hill, Kloeti’s restaurant overlooking Route 100 between Stowe and Waterbury, they sell buckets of this soup each season. With Kloeti approaching nearly 20 years with the restaurant, that’s a lot of soup.

For Kloeti, the food of this season is sentimental. The scent of cabbage braised in red wine does more than warm his spirits; it’s an olfactory passage transporting him back to his earliest memories.

“You have to enjoy the seasons here in Vermont, because they come quite quickly,” he said. “So right now, I’m actually ready for winter again.”

What’s in season fades so rapidly at this time of year that the ingredients Kloeti uses in his dishes can change from week to week, from meal to meal. The wild mushroom tartine, another staple appetizer at his restaurant, will make use of the too-short chanterelle season before moving on to porcinis, farmed oyster mushrooms or hen of the woods.

In Kloeti’s dishes, the last vestiges of summer are paired with the first signs of its ending. Take, for instance, the Maine lobster poached in herb better. Lobster tail, still in the shell, floats over creamed leeks and corn, touched with fennel and formed, in part, by the process of the poaching.

The roasted salmon, too, marries the slower heat that Kloeti favors for this season with the fresh flavors of the fast-fading summer in the basil ricotta and heirloom tomato salad that accompanies the dish.

“Right now, the salmon is still served with the fried green tomatoes because the farms still have it and I want to wait until it’s done,” he said. “When the farmers are telling me, ‘Hey, we’re now done with it,’ then I’ll take it off the menu.”

There’s a playfulness with Kloeti’s menu, a penchant for the surprise turn. The pork shank glazed with maple syrup served over a bed of cheddar polenta and gratin potatoes is served in various levels of massiveness, a notably maximalist turn for a fine dining establishment.

After nearly two decades, the fall classic that Kloeti returns to again and again, the bedrock of his menu, is the spice-roasted venison loin. It’s special enough to merit serving with the cabbage braised in red wine, the recipe handed down to him by his mother and brought across the Atlantic from his native Switzerland.

“When you do certain things for long enough, they become second nature. When the chef pictures food, you immediately can taste that in your mouth and when you can do that, you can actually mix these things together,” he said.

A simple chef’s dessert, as opposed to the intricate complexities of a pastry offering, will do fine to end the meal. At Michael’s on the Hill, rich chocolate paired with espresso ice cream or an apple pie with cheddar and cream reimagined into a crostata, caps things off nicely.

“It’s just not meant to educate you in one way meaning like, ‘Oh, you’re gonna learn something new about the culinary,’” Kloeti said. “You’re just learning something about how it’s done, and hopefully done perfectly right.”

Leaf Peeper is a guide to all things fall in the greater Stowe area. There’s something for all ages and any budget.