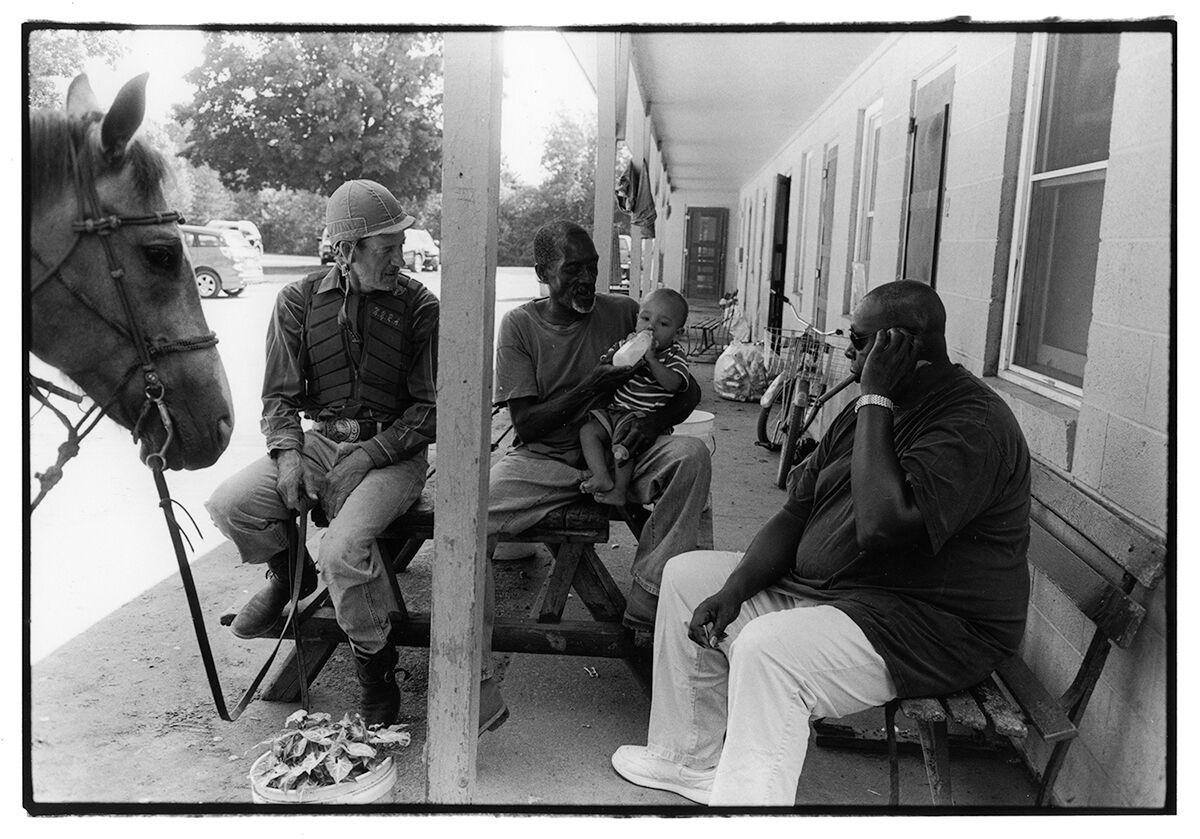 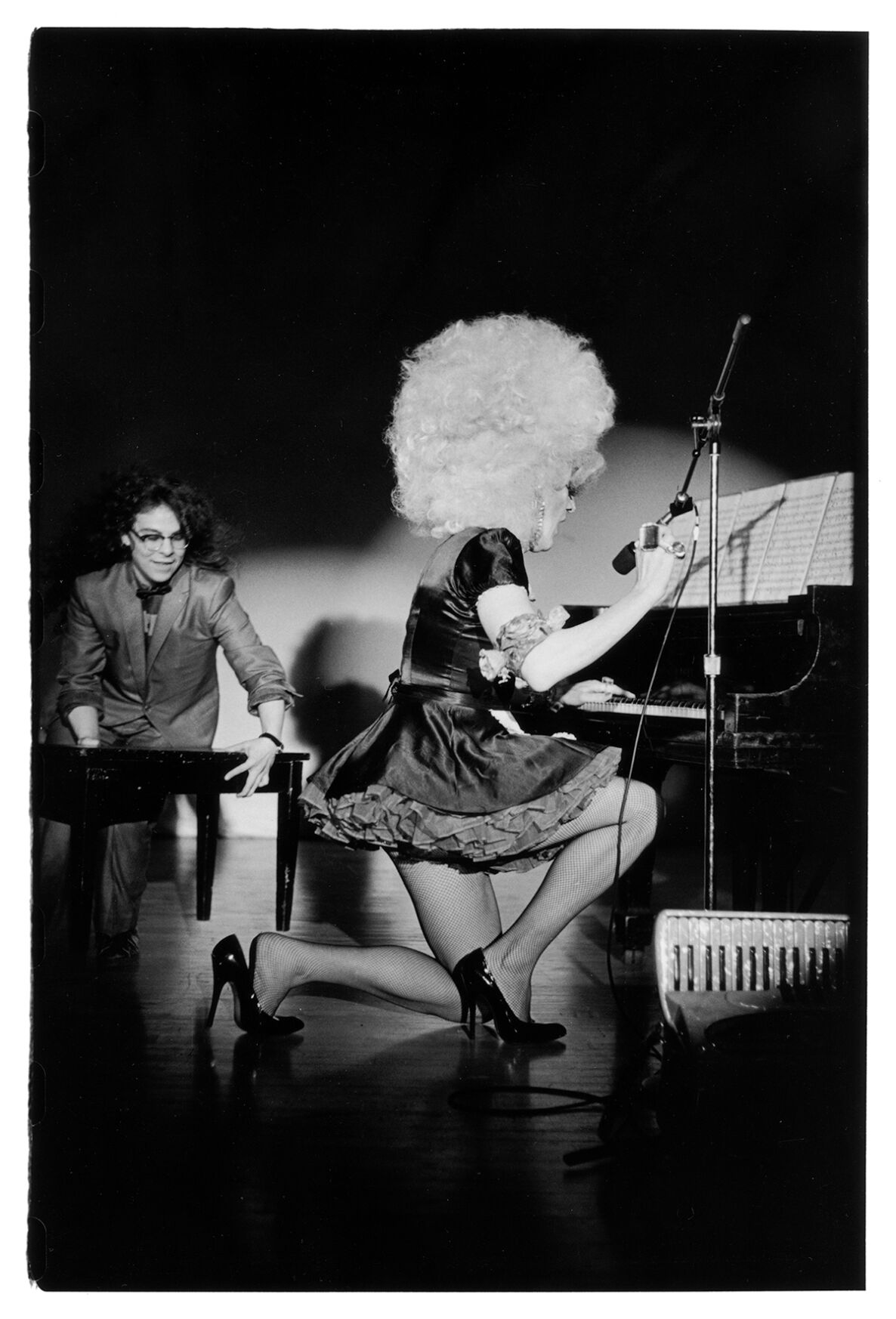 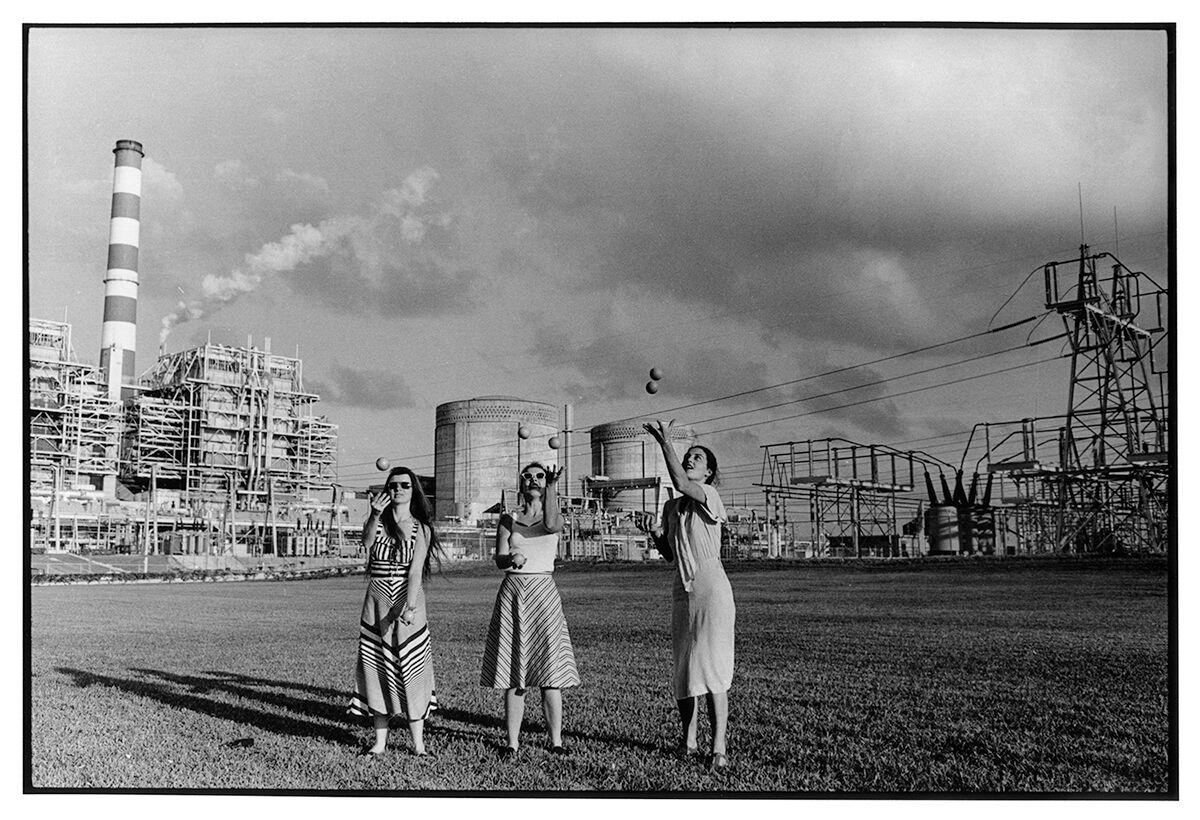 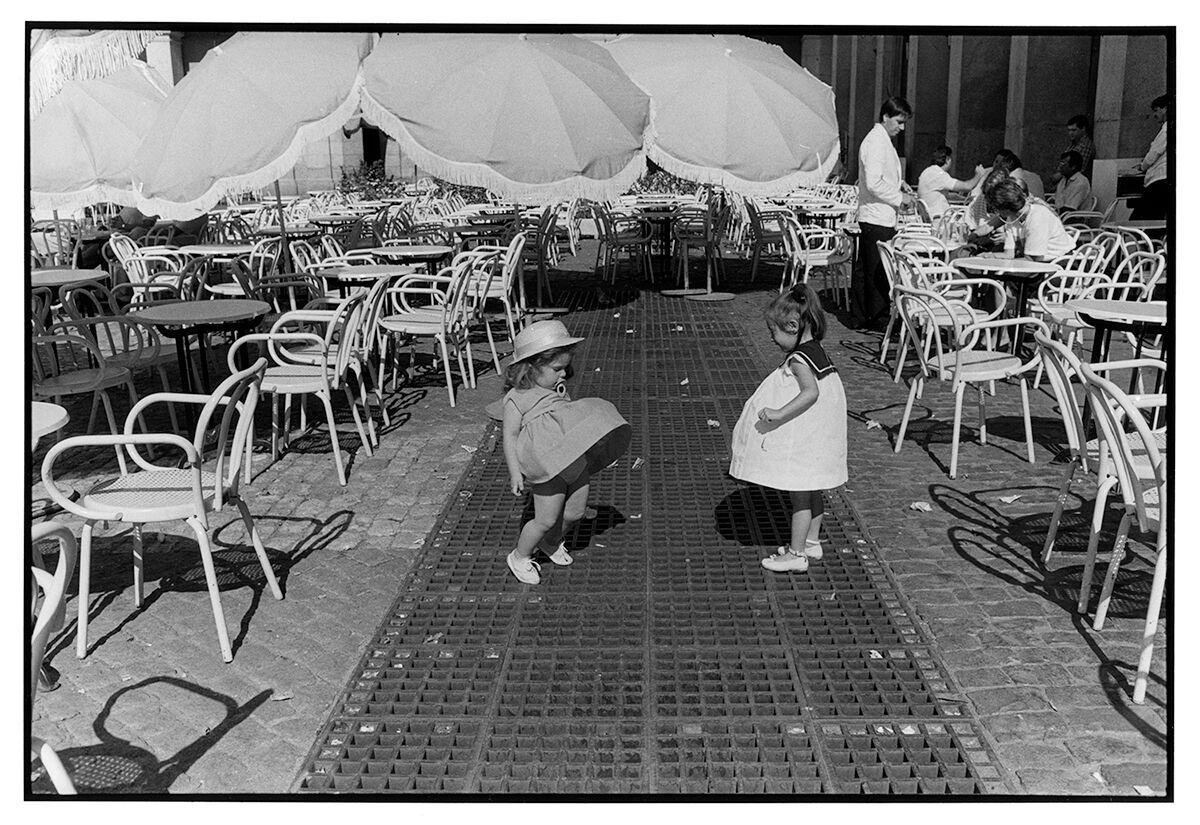 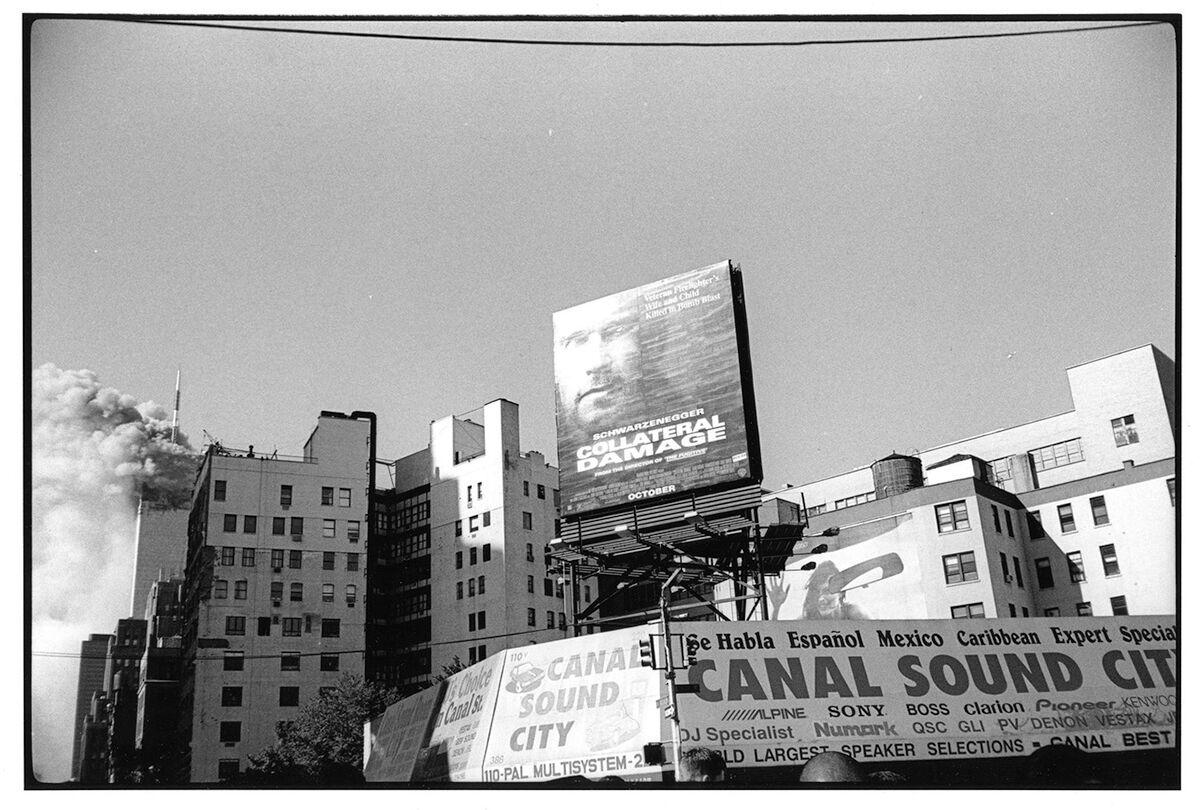 A retrospective exhibition of acclaimed Vermont photographer Dona Ann McAdams opens Aug. 1 — by appointment only — at the Helen Day Art Center in Stowe on its fourth leg of a two-year statewide tour.

Here is some background on the artist and images featured in the show.

In the 1980s, I often attended performances at P.S. 122, the seminal venue for avant-garde performance in New York. Oftentimes, I would notice a woman, unobtrusive, off to the side, seated on the floor, taking photographs with a Leica camera. Dona Ann McAdams was the house photographer.

During her tenure of 23 years, she captured extraordinarily compelling images of the raw fierceness and passion of this performance scene. From chaotic to profound, everything was allowed in this experimental space. McAdams was revered by the artists as a collaborator who could illuminate their art beyond the stage.

She also adroitly captured the queer liberation and AIDS activism of that time, documenting the urgency of ACT UP actions and LGBT military members marching in solidarity against “Don’t Ask, Don’t Tell” directives.

This agitprop sensibility continued throughout her storied career as she documented anti-nuclear, pro-choice, war protest, and feminist rallies. More recently, she photographed an anti-Trump protest in Washington, D.C., and transgender Vermont gubernatorial candidate Christine Hallquist marching in a Pride parade.

“I make photographs now, I don’t take them.”

I got to know McAdams personally when we became ensnarled in the Culture Wars in the 1990s. I was the curator of performing arts at Walker Art Center in Minneapolis, where I presented David Wojnarowicz, Karen Finley, Ron Athey, and other artists who became flashpoints over the “appropriateness” of their receiving support from the National Endowment for the Arts. The surrounding controversies became a lightning rod for malicious conservative outrage.

All these artists shared P.S. 122 as their New York home, so McAdams had photographed them all in their full-flung provocative explorations.

Concurrent with her theater work, McAdams spent 14 years running an arts workshop in Coney Island for people living with mental illness. The resulting collaborative portraits demonstrate McAdams’ profound empathy with her subjects and illuminate the joy and dignity of people often feared and maligned by mainstream society.

McAdams also did residencies with farmers in rural West Virginia and with a group of cloistered nuns in rural upstate New York, capturing the vitality of these “unseen” communities.

When I moved to Vermont to run the Flynn Center in Burlington in 2010, I reconnected with McAdams and her husband, writer Brad Kessler; they now raise goats on their farm in Sandgate, Vt. At the Flynn, I had the pleasure of hosting an exhibition by the Vermont Folklife Center, “A View From The Backstretch,” which was the culmination of McAdams’ workshops for workers at the Saratoga Racetrack. The work is revelatory. Once again, McAdams did not merely observe. She participated as a fully engaged creative partner.

For another exhibition I curated at the Flynn, “Animal Power, “McAdams loaned a diptych of two oxen, Lou and Bill. Animal rights activists protested when Green Mountain College in Poultney decided to put one of the oxen down after he became injured. In the midst of this controversy, McAdams went into the pasture with these enormous creatures and produced an astoundingly beautiful depiction of elegance and power — another political act with a social conscience.

With her expansive range of working animal photographs, including cows, horses, and her beloved goats, McAdams continues to capture the relationship between subject and artist.

Having the opportunity to curate this retrospective exhibition, “Dona Ann McAdams: Performative Acts,” I was thrilled to visit her farm and studio and select a sampling of her resplendent black-and-white images from her 45-year career. She continues to shoot film with her Leica and print her own photos in an analog darkroom, work that is of its time but timeless.

Brattleboro Museum and Art Center originated the exhibition last June and then it traveled to Castleton University Bank Gallery in downtown Rutland, and Catamount Arts in St. Johnsbury. The exhibit opens at Helen Day Art Center in Stowe on Aug. 1 by appointment only before moving on to the Howl! Gallery in Manhattan next year.

For the Stowe exhibition, five new photographs were added, including an iconic image of the World Trade Center towers in flames taken on Sept. 11, 2001.

How the exhibit will work

Starting Aug. 1, people who would like to view the exhibit in person can do so by appointment. Slots will be available Tuesday through Friday, 10 a.m. to 5 p.m., and Saturday appointments are under consideration.

Appointments are for one person at a time.

Group viewings will be considered on a case-by-case basis and will not exceed five people.

In September, the Helen Day board will examine pandemic guidelines and revisit the appointment policy. The exhibit may be extended into December.

“We are grateful to be able to offer this to the public, and we appreciate everyone’s patience in this reopening,” said Rachel Moore, executive director of the Helen Day.