You are the owner of this article.
Edit Article Add New Article
Home
SCENE
Calendar
Special Publications
Multimedia
Marketplace
Classifieds
Contact Us
1 of 5 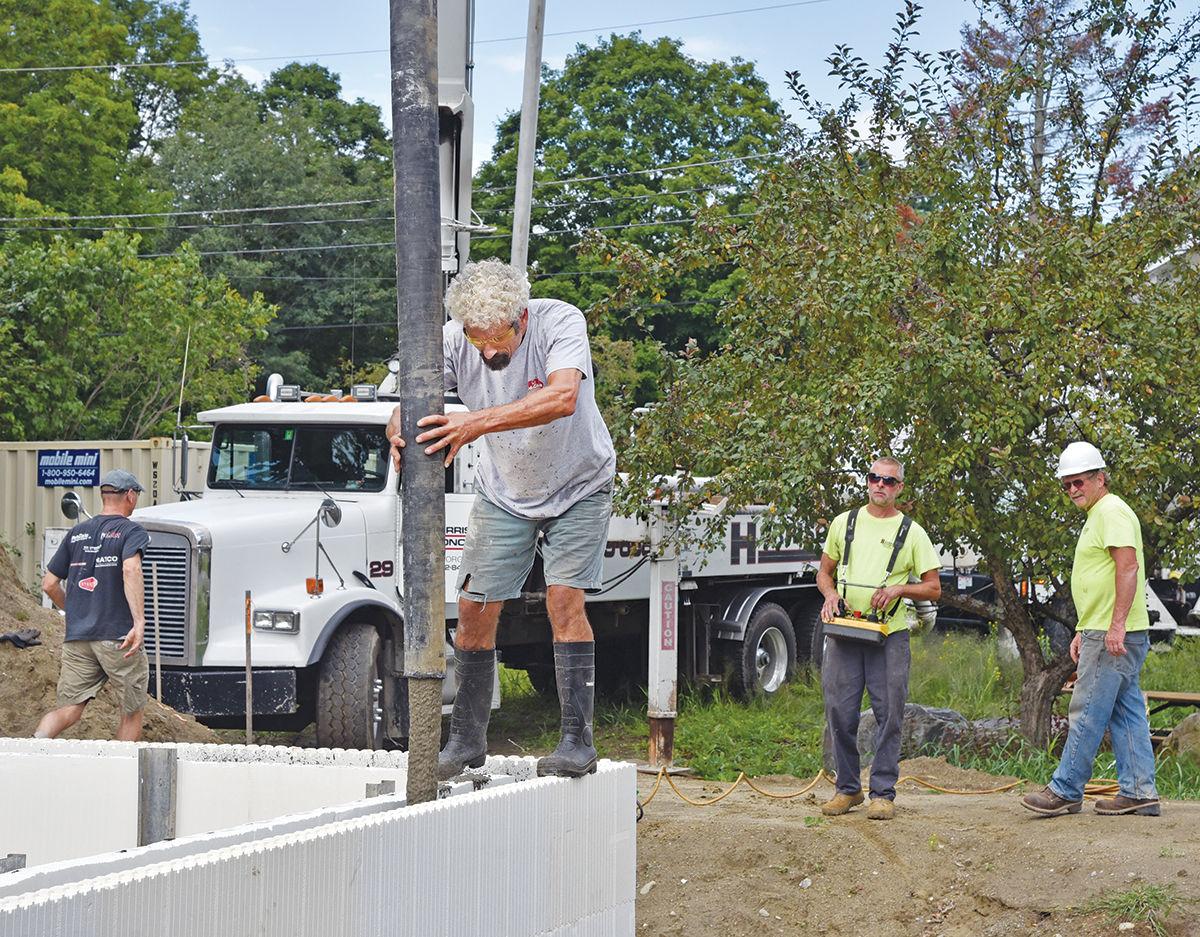 Volunteer Martin LaPorte pours concrete into a foundation form for the newest Habitat for Humanity house in Lamoille County on Maple Street in Morrisville. The Lamoille Habitat chapter is looking for volunteers and donations to complete the house by the end of the year. 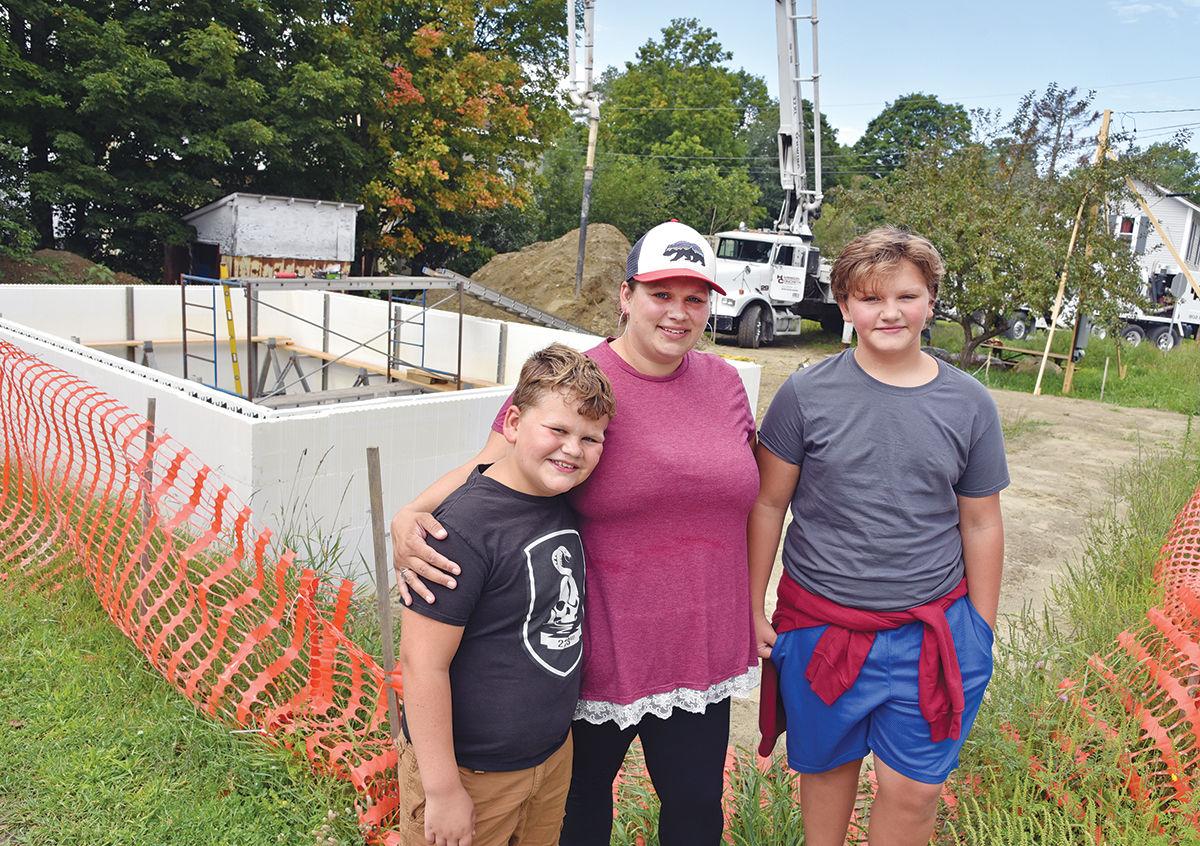 The concrete was poured into a foundation form for the newest Habitat for Humanity house in Lamoille County on Maple Street in Morrisville, which the Cote family will live in. The Lamoille Habitat chapter is looking for volunteers and donations to complete the house by the end of the year. 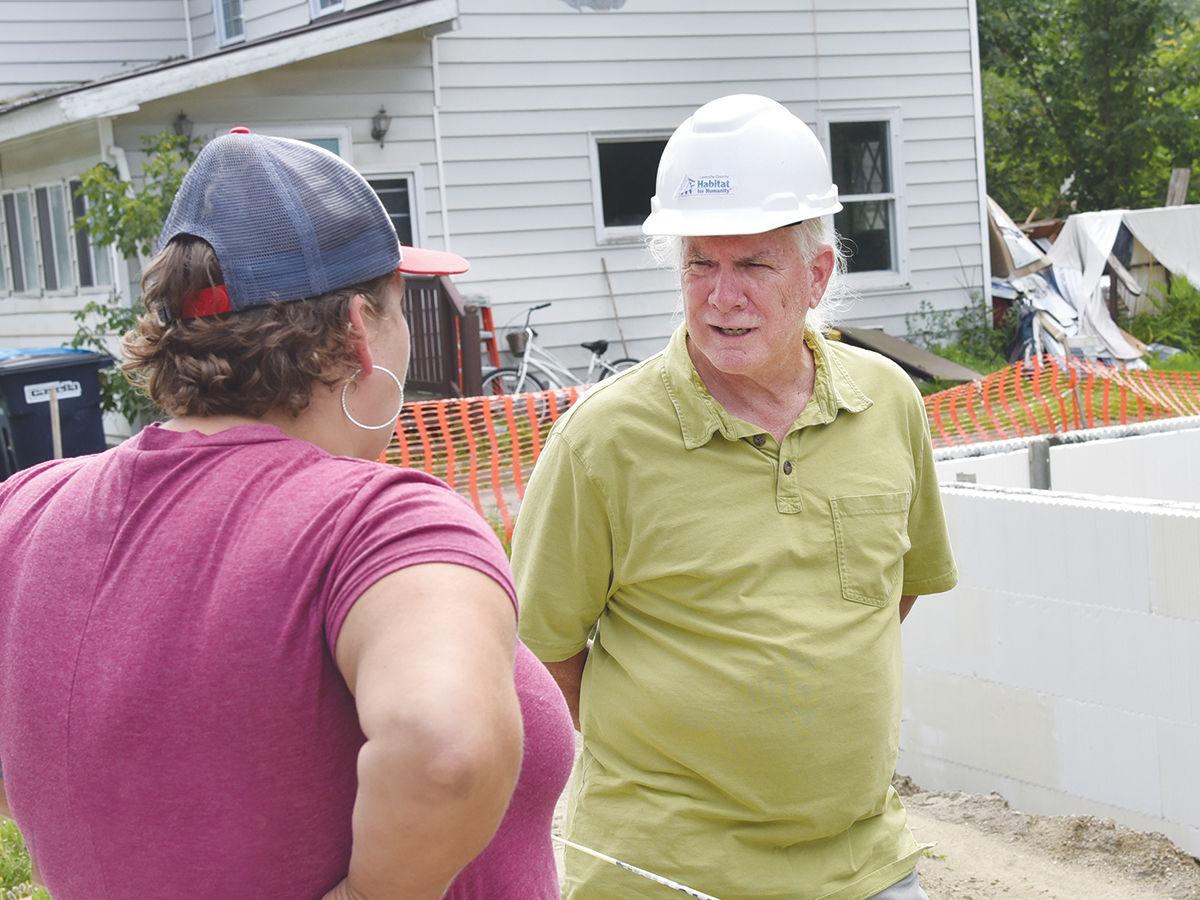 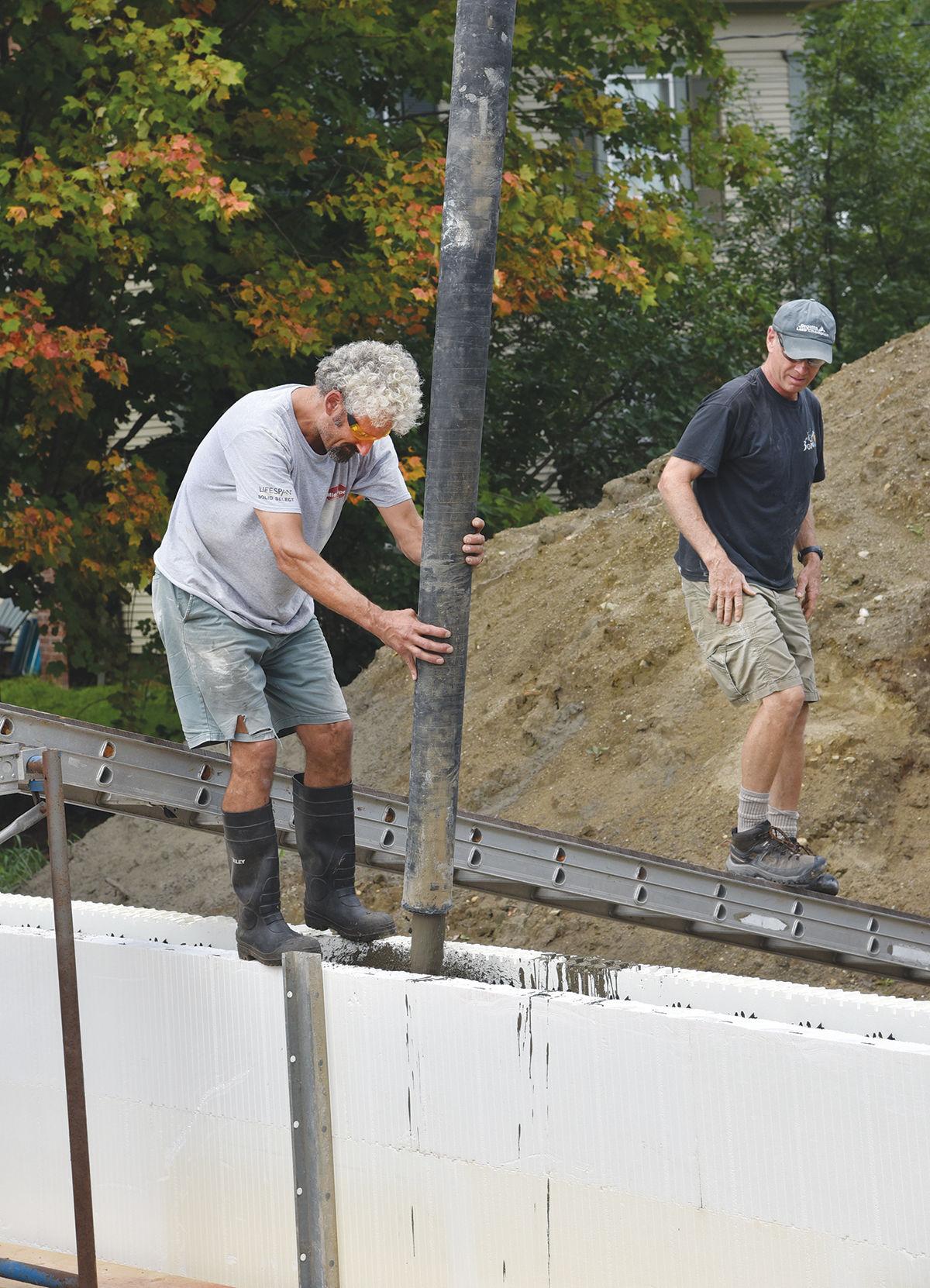 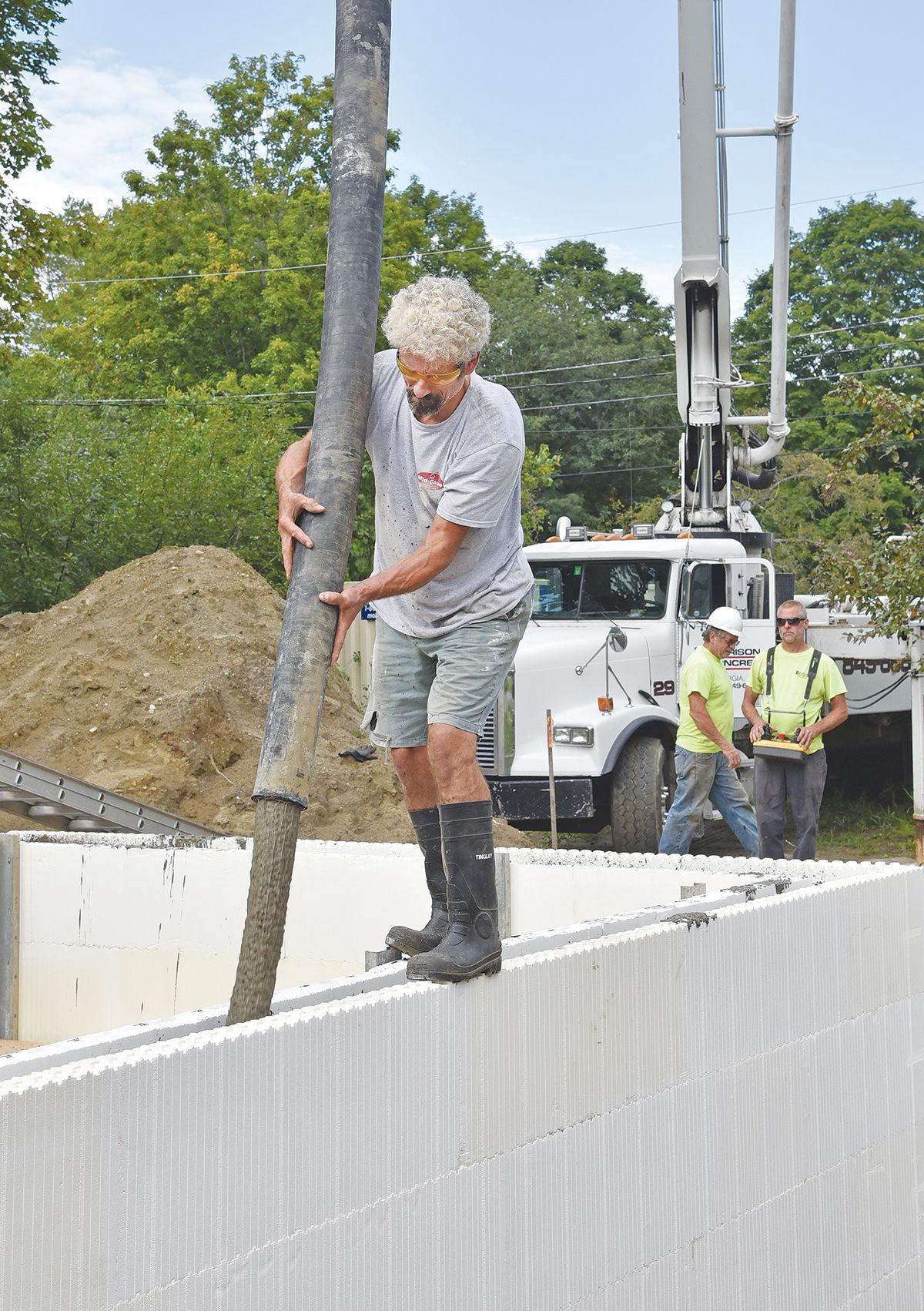 Volunteer Martin LaPorte pours concrete into a foundation form for the newest Habitat for Humanity house in Lamoille County on Maple Street in Morrisville. The Lamoille Habitat chapter is looking for volunteers and donations to complete the house by the end of the year.

The concrete was poured into a foundation form for the newest Habitat for Humanity house in Lamoille County on Maple Street in Morrisville, which the Cote family will live in. The Lamoille Habitat chapter is looking for volunteers and donations to complete the house by the end of the year.

The foundation has been poured for the newest Habitat for Humanity house in Morrisville, a major step toward the goal of completing construction by the end of the year.

On Aug. 22, Harrison Concrete Construction poured the foundation for a two-story, 1,200-square-foot house at 244 Maple St.

“We’re doing a lot of volunteering on this project,” said Philip Miles, who performs quality control for Harrison Concrete. “It’s all for a good cause, right?”

The company is one of many that is either volunteering its services or offering them at a significant discount. Previously, SD Ireland poured the footing for the foundation, and Local Electric and Walker Construction have also lent their skills and labor to the project. When construction is complete, Aubuchon Hardware has pledged to paint the interior and exterior of the house.

“This is a major milestone for us,” said Steve Gerard, president of the Lamoille County chapter of Habitat for Humanity — the organization’s second house. The first house is on Mayo Road in Morristown.

“Digging the hole was a big step for us, because we could see progress, and then getting the electricity in, and things are moving right along,” Gerard said. “After this, we’ll waterproof and the next step will then be putting a cap on it, and that’s a really big step in the process. Then we’re going to start building.”

The organization is still raising money to complete construction. In June, the organization raised about $6,000 through Hammerjam, an all-day music festival at Moog’s Place in Morrisville.

Next weekend, Lamoille Habitat will host a 50-50 raffle and auction a piece of artwork at the British Invasion car show in Stowe. On Saturday, Oct. 5, the organization will hold a “stuff the truck” event, in which people are encouraged to donate items that will be sold through the Green Mountain Habitat for Humanity ReStore in Williston. Proceeds come back to the Lamoille chapter. The truck will be in the Butternut Farm parking lot in Morrisville from 10 to 2 p.m.

“We haven’t done this before but other chapters have and they say this is a way to raise substantial funds for our project,” said Victoria Dutcher, who oversees family selection and support for the Lamoille chapter of Habitat.

On Oct. 17, Lamoille Habitat will host an “Amazing Race”-style event, starting in Hyde Park and concluding in Morrisville. The event is limited to 15 teams of two people each, with an entry fee of $50 per team.

And this fall, the organization will hold its annual campaign, with the goal of raising an additional $10,000.

“We’re moving it up so we have the money we need to finish this house in a timely fashion and get this family in for the holidays,” Dutcher said. “That would be a sizable increase from what we’ve done before, but I think we have new life among the board and at the chapter, so we’re going to do everything we can.”

In the future, Lamoille Habitat would like to build a second house next to the one on Maple Street.

“We would need to raise at least half the money before we could start construction on the new house,” Dutcher said. “I’d love to do it in 2020, but I’m not sure that’s going to happen. It depends on how successful our fundraising efforts are.”

In the short term, Lamoille Habitat is looking for volunteers, and even if you don’t know how to swing a hammer, you can still pitch in.

“When people think of volunteering for Habitat, they tend to think of coming out here and picking up a hammer, and that’s important, but there’s a lot of stuff we need to do that isn’t ‘hammer and nails’ stuff,” Gerard said. “I don’t know how to build. That’s not my strength, but I can organize. We’re trying to find people with different skills and see how they fit in.”

Habitat for Humanity fundraiser is Saturday

The Lamoille County chapter of Habitat for Humanity will hold a “stuff the bus” fundraiser Saturday, Oct. 5, from 10 a.m. to 2 p.m. at Buttern…