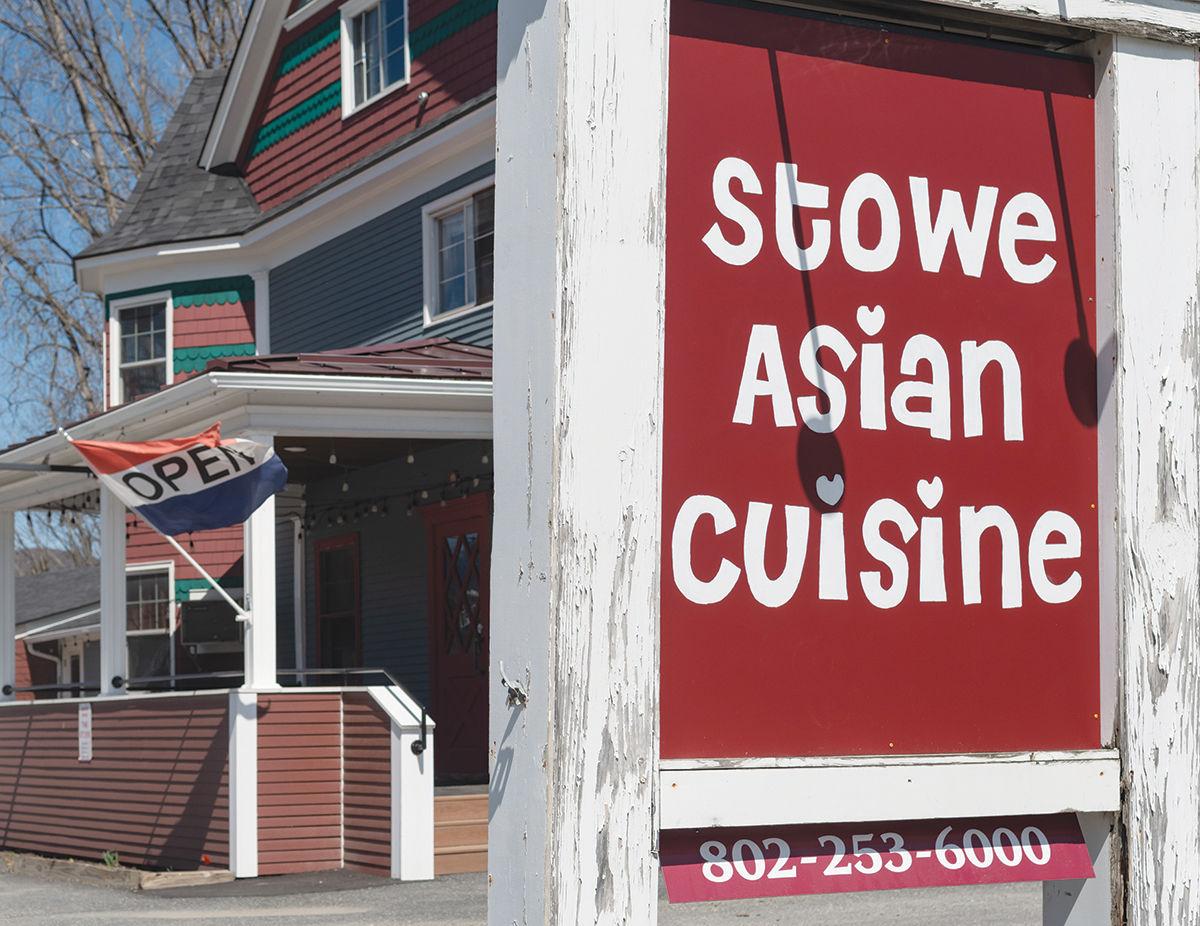 Wonvilai Puthawong, the owner, has several successful Thai restaurants under her belt, including two in Arizona, one she helped her sister open in Massachusetts and another in Thailand. 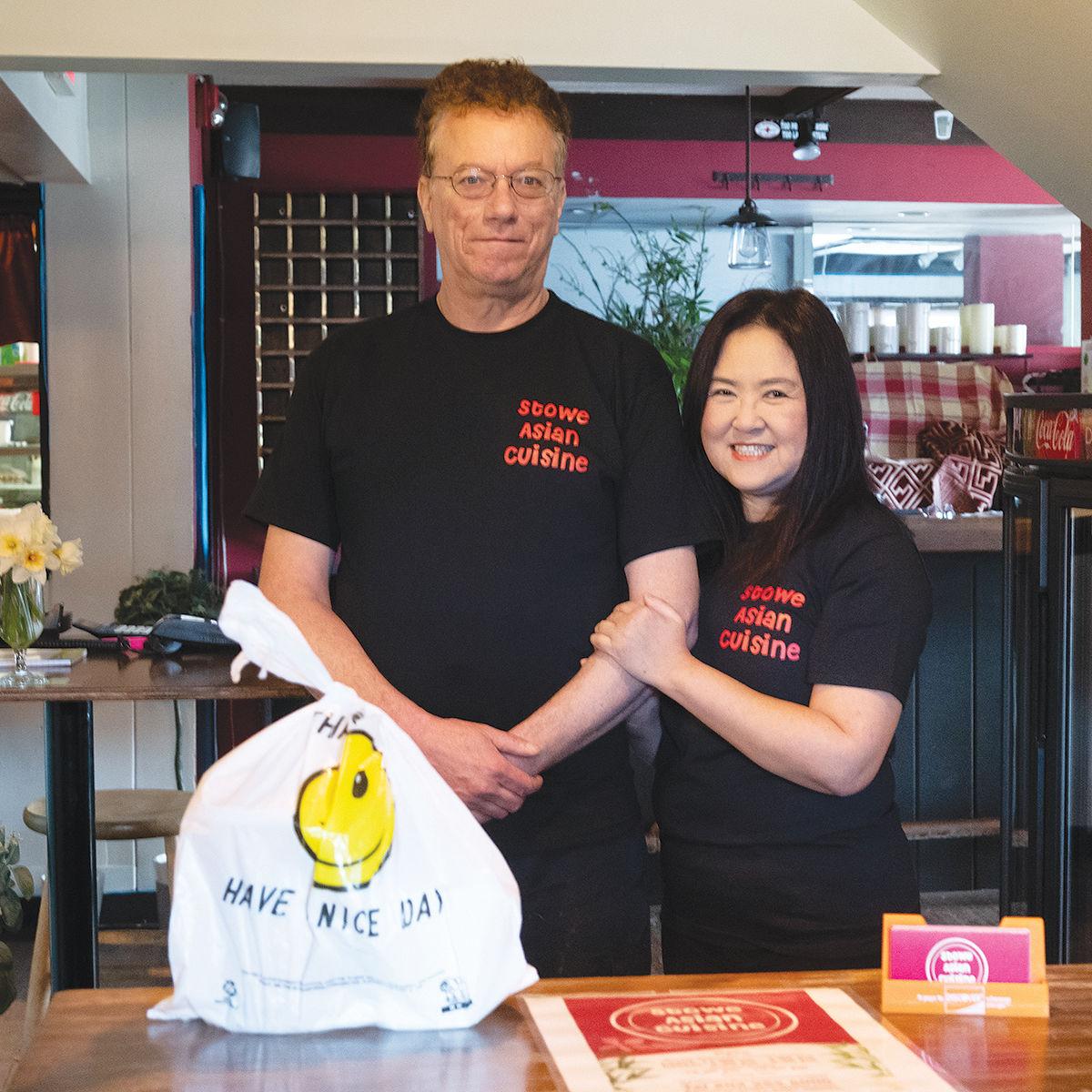 Wonvilai Puthawong, the owner, has several successful Thai restaurants under her belt, including two in Arizona, one she helped her sister open in Massachusetts and another in Thailand.

How’s this for timing: Stowe Asian Cuisine opened three days after the governor ordered restaurants to close their doors to the public to help curb the spreading coronavirus.

On March 20 at noon, the Mountain Road restaurant passed its health inspection and hung an “Open” sign outside its door.

Now, a square table blocks the main entrance, where takeout orders are left for pickup — ensuring a hefty amount of space between the customer and cook.

Wonvilai Puthawong, the owner, has several successful Thai restaurants under her belt, including two in Arizona, one she helped her sister open in Massachusetts and another in Thailand. Now she lives in an apartment above the restaurant with her fiancé Norm Tourville, and they’ve barely left the building since opening.

Puthawong is confident the restaurant will be as successful as her past endeavors, but she never expected an opening to go like this.

“We were supposed to be in Thailand in April, but everything’s gone so fast,” she said. She was negotiating a deal with the previous owner and he was in a rush to sell, so they bought the restaurant earlier than they planned, “so I had to take it, and we prepared everything. And then we got COVID-19. It’s a hard situation for us, but it’s OK.”

Puthawong didn’t plan on opening a restaurant in Stowe, or even staying in the United States, until she met Tourville. She moved east from Arizona when her father fell ill and then helped her sister start a restaurant on Cape Cod. She was going to move back to Thailand after that, but “I met Norm and he took me to Vermont during the fall season, and I fell in love with Vermont,” Puthawong said

The couple had planned to buy the restaurant, get the place in shape to open, go to Thailand so Tourville could meet Puthawong’s family and they’d get married there on April 7.

But — as with many plans made before the pandemic — that wasn’t going to happen. So they got to work getting the restaurant running.

“I had been reading a lot of news and already knew the virus was in this country,” Tourville said. “I said, ‘This is going to get bad. Bad-bad.’”

And then restaurants were ordered to halt dine-in service.

“We're right next door to The Bench and we saw them open every night. They were absolutely packed; day in, day out, every day, seven days a week,” Tourville said. Then The Bench closed March 17.

This seems like a nightmare scenario for the owner of a new restaurant, but Puthawong is confident everything will work out.

“I was very successful in Arizona,” she said, recalling that, the day after her original restaurant opened, it received a rave review. She said it was absolutely packed, and she’s using the same authentic Thai recipes here in Stowe.

Stowe Asian Cuisine primarily offers Thai food with other Asian staples — pad Thai, fried rice, various soups and of course red, green and yellow curry. The red curry is her favorite, and other Asian restaurants might try to get it right, but can’t match her authentic dish, Puthawong said.

Business is slow, but she said customers who eat her food once keep coming back.

They’re trying to keep that community support going, offering lunch specials all day — noodles, soup, fried rice or curry with a side of white rice for $10. And, when things are slow, Tourville said he’ll deliver orders if people ask.

“There’s a lot of uncertainty. When they say people are living paycheck to paycheck, that’s the truth,” she said.

Right now, they’ve yet to break $1,000 in daily sales, but Puthawong said they’re just getting started, and thinks Stowe will embrace her new venture.

As the infection rate for the coronavirus is expected to peak in Vermont in the coming weeks, facilities that cater to senior citizens have cl…