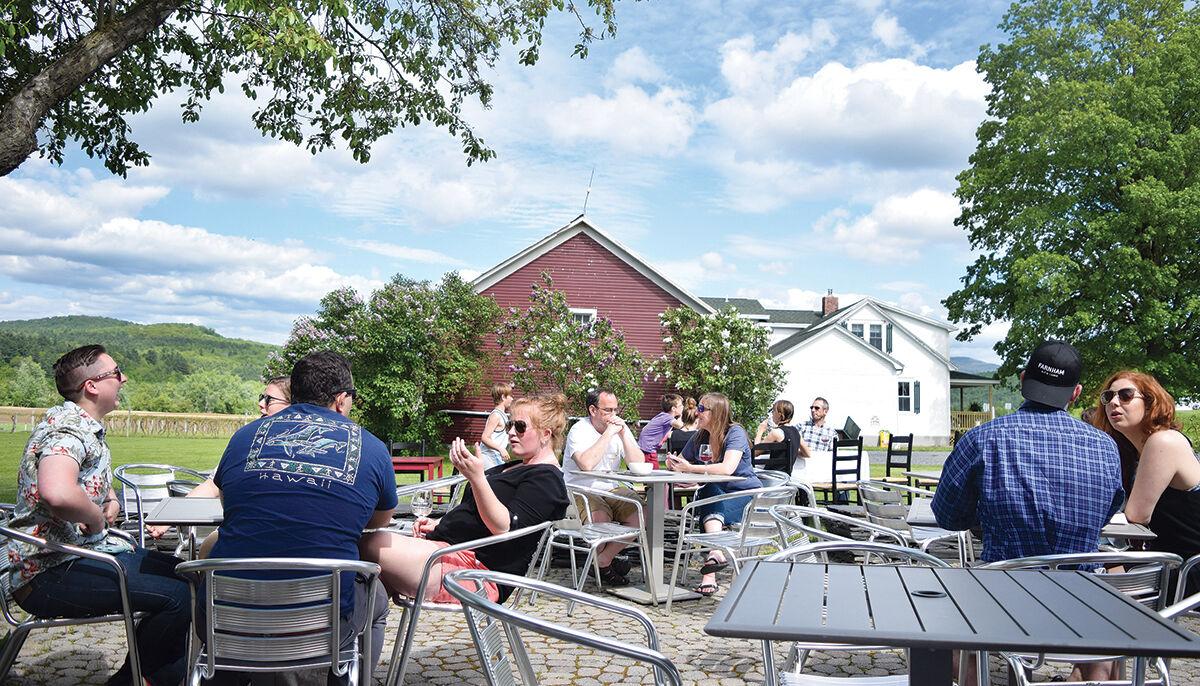 Enjoying a sip of wine at Boyden Valley Winery in Cambridge. The tasting room is closing at year’s end. 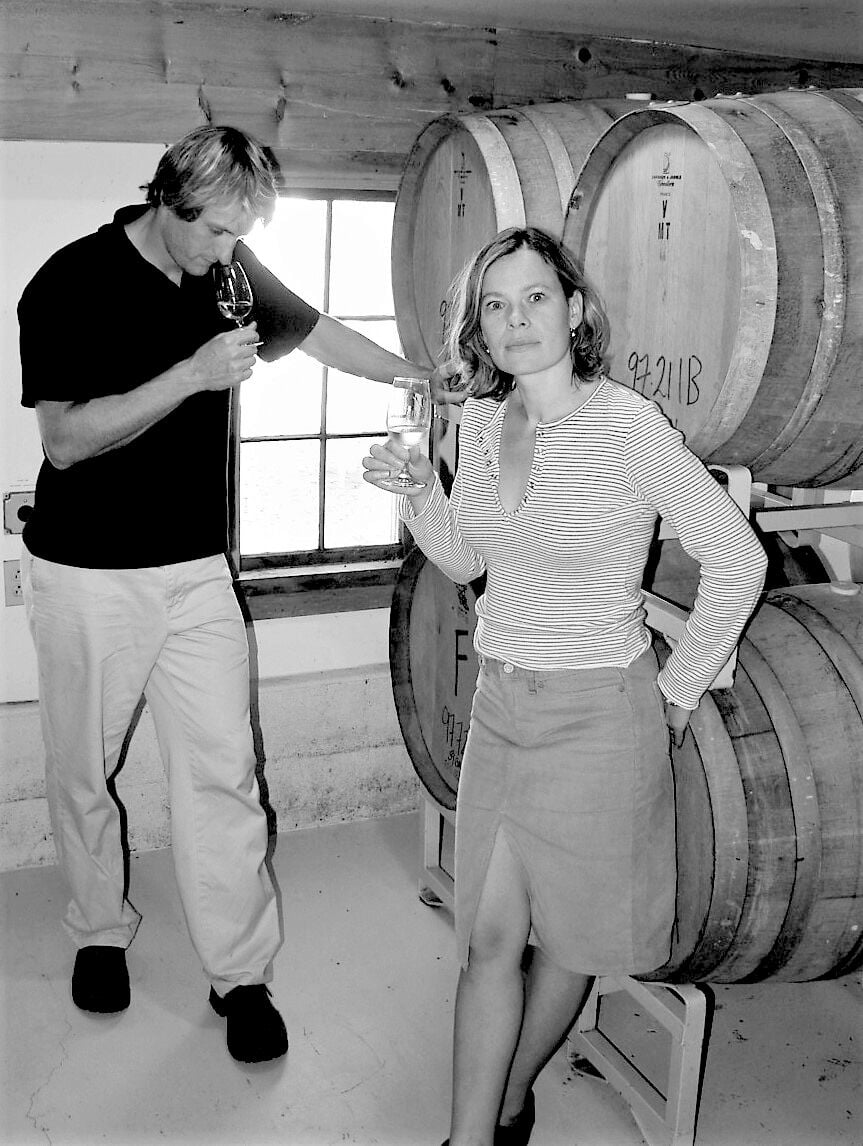 After two and a half decades Boyden Valley Winery owners David and Linda Boyden are getting out of the wine business.

The couple is switching gears to focus on producing crème liqueurs, a facet of their business that launched a decade ago and has steadily grown.

While the product list is shrinking, the Boydens are keeping their official name, Boyden Valley Winery and Spirits. Along with the crème liqueurs — the Boydens currently produce three types — they will also continue to make Glogg, a mulled spice wine.

“The wine business has been really fantastic for us over the years. Cider too,” Boyden said. In fact, Boyden claimed that wine sales are still growing, but that “it’s just a good time for us to head in a new direction, when things are still good.”

The winery will also close it tasting room in Cambridge and halt all shipping directly to customers, effective Dec. 31.

Boyden and his wife Linda launched their winery in summer 1997, a few years after planting their first vines. Boyden said the couple had friends from Quebec and Europe who were in the wine business, and those ties “got us interested.”

So, after planting their vines in the mid-90s they first launched fruit wines — apple, blackberry, cranberry to name a few — and then started making traditional wine once the vines matured.

“We were interested in diversifying the farm,” Boyden said. His brother Mark has his own successful beef operation, and the pair co-own the family’s 10,000-tap sugarbush. A winery seemed like another step in that direction.

David and Linda renovated and old barn building on the property, opening the tasting room and bottling facility in 1997.

The company has continued to grow and launch new products through the years. The focus on crème liqueurs and Glogg has been in the works for awhile, Boyden said, but the COVID-19 pandemic helped push them along and speed the process up.

“It showed us that you’re a bit exposed when you’re selling directly to customers,” said Boyden, adding that “we were planning to make the switch anyway.”

“It’s more of a vision thing, we love to innovate and we had a vision of how we wanted to change things,” Boyden said.

Maple syrup for two of the liqueurs comes from the Boyden’s own sugarhouse and wood-fired arch, and all the apples used are grown right in-state.

Their Vermont Ice Apple Crème, the first in the winery’s line of crème liqueurs, premiered in 2010. It features apple brandy barrel-aged in French oak, which is then blended with cream.

“It’s just grown over the years,” Boyden said, in part because he feels the quality of their liqueurs is “unsurpassable.”

Maple was added to the mix soon after with Vermont Ice Maple Crème and later, maple bourbon crème.

At this point the couple has no plans to add other crème liqueurs. They want to focus on their current products and widen distribution throughout the Northeast and beyond. With the closure of their tasting room and end to direct shipments, they’ll focus on distributing remaining products to liquor and grocery stores.

“We’re not really interested in expanding into other areas, other liquors,” Boyden said.

So what will become of the Boyden’s vineyard and vines?

As far as Boyden knows, the vineyard at Boyden Valley is one of, if not the oldest in the state. He and Linda didn’t want to simply destroy such a valuable resource, and now they don’t have to.

David Keck, a sommelier from Vermont who recently moved back home from Texas, is leasing the vines to launch his own wine.

“We’re really excited about that, the vines staying in production here in Vermont. We feel that’s really important,” Boyden said.

“It takes so long to establish a vineyard, it’s nice to have another Vermonter working the land,” he added.