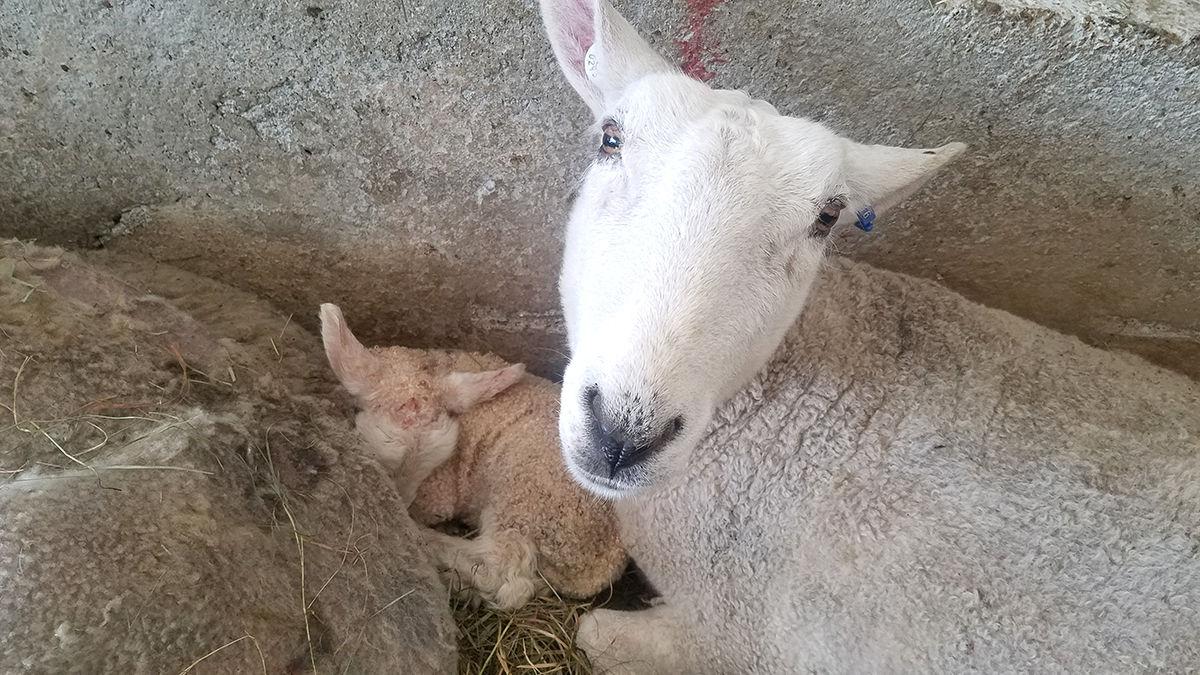 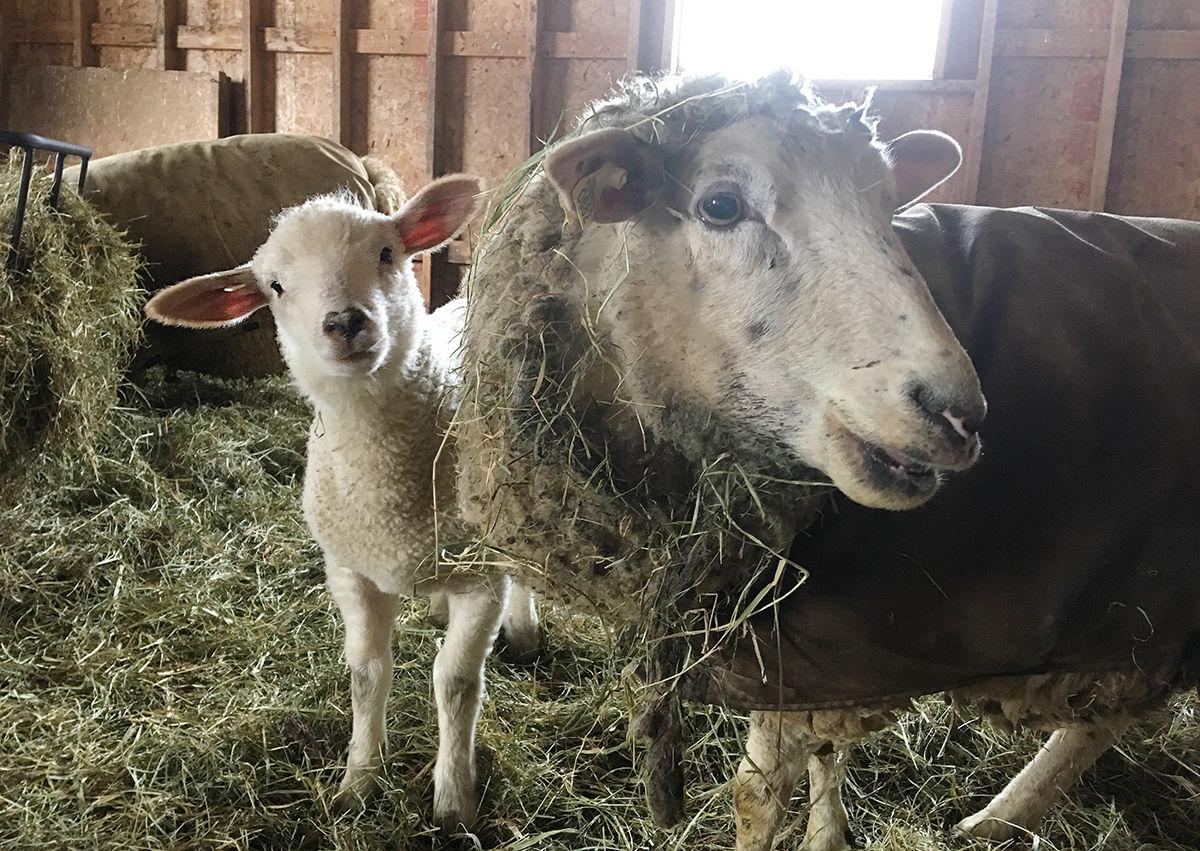 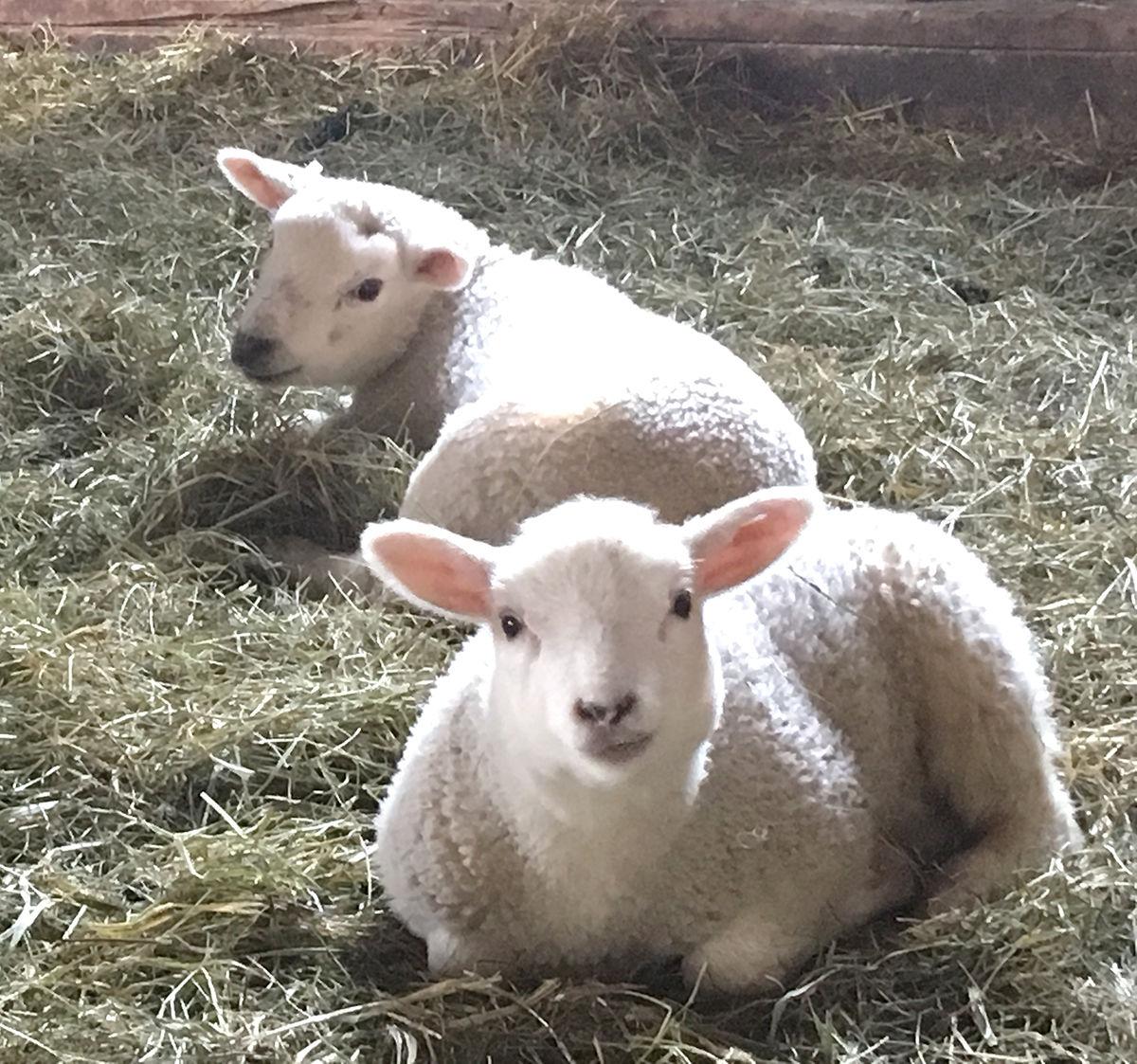 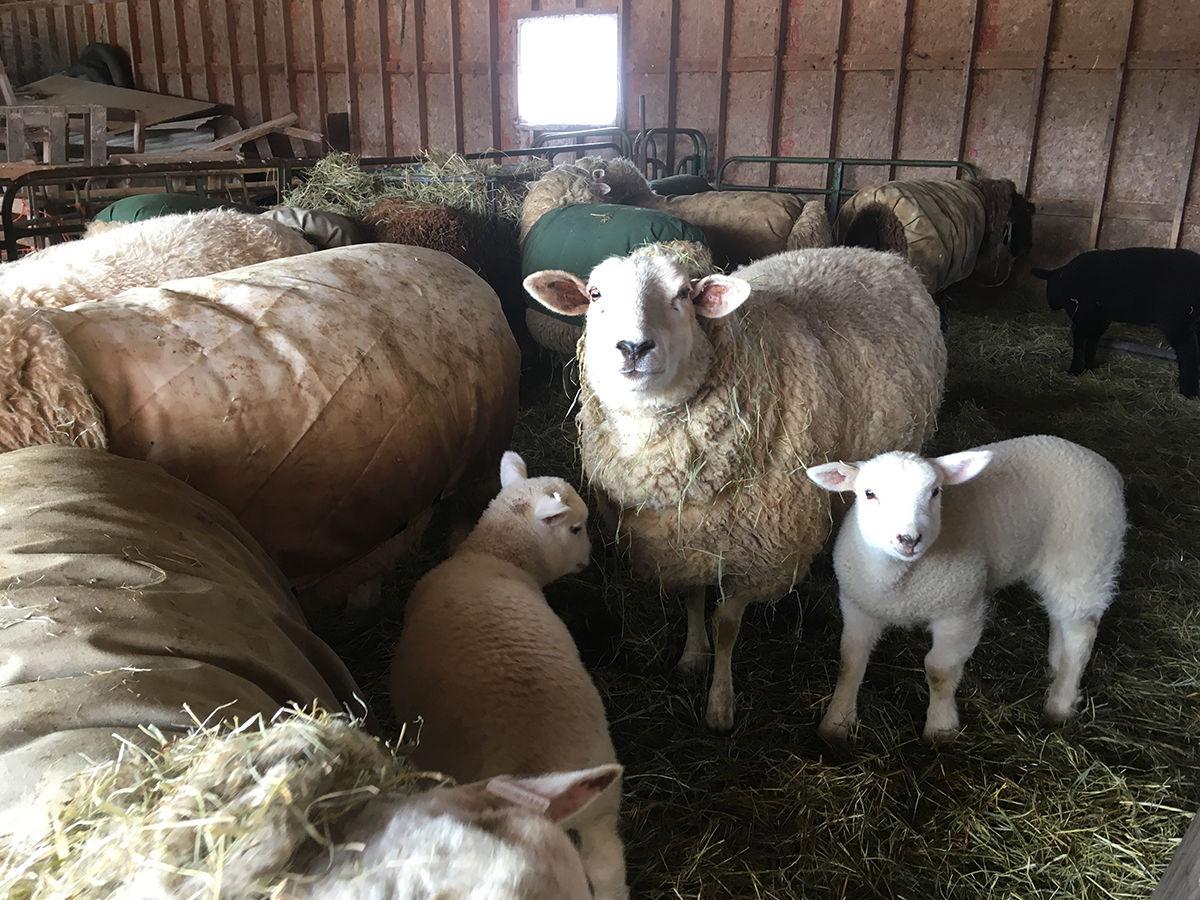 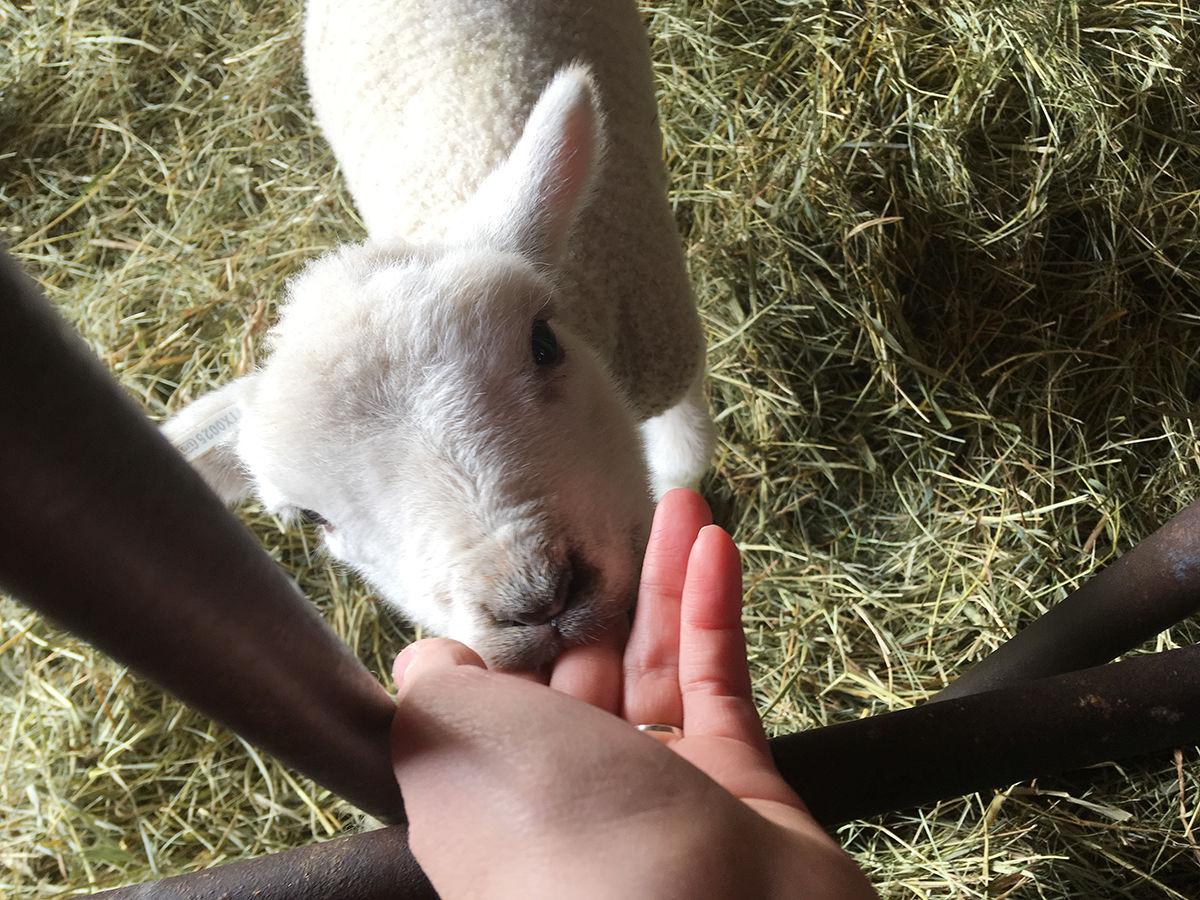 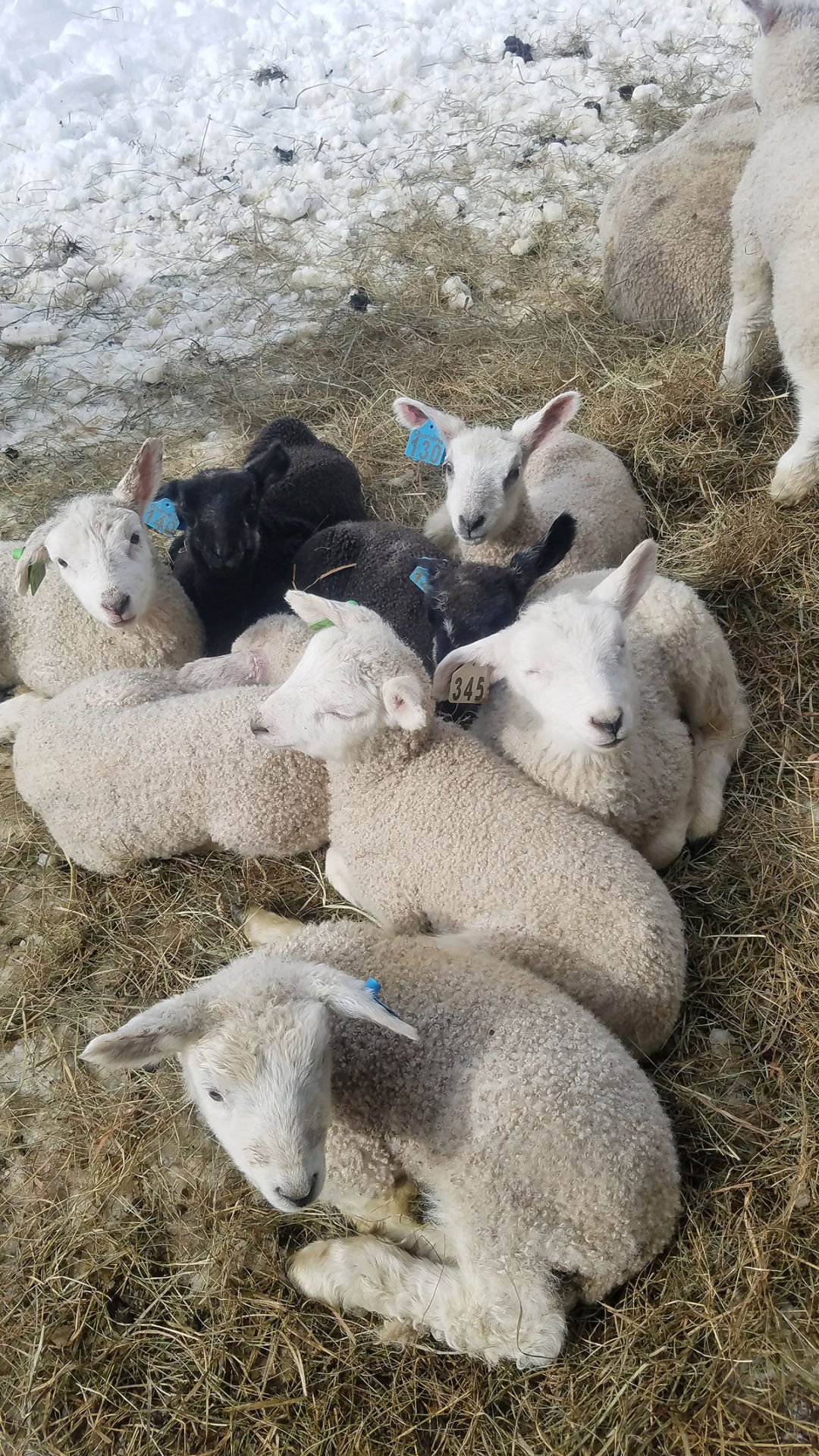 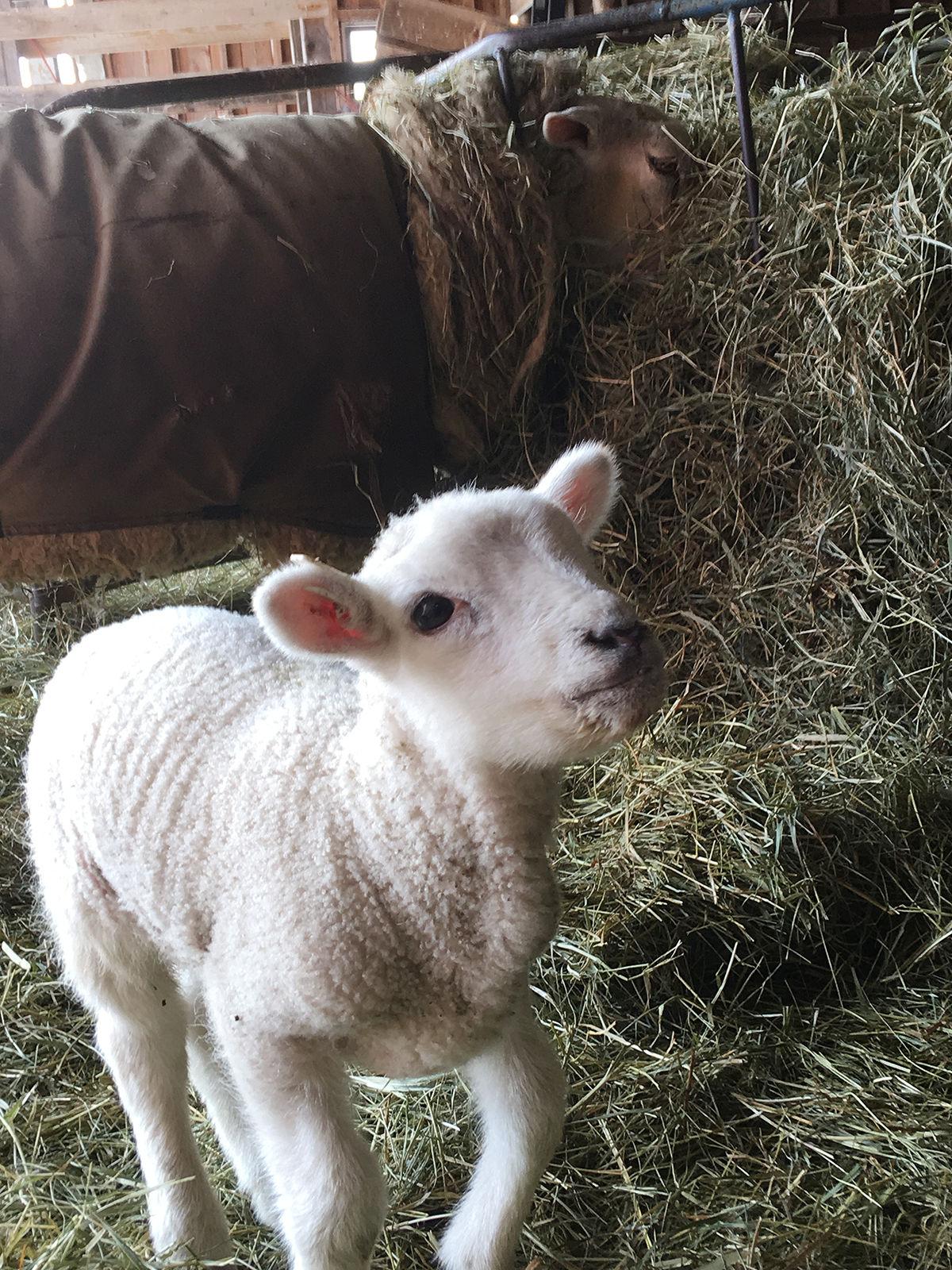 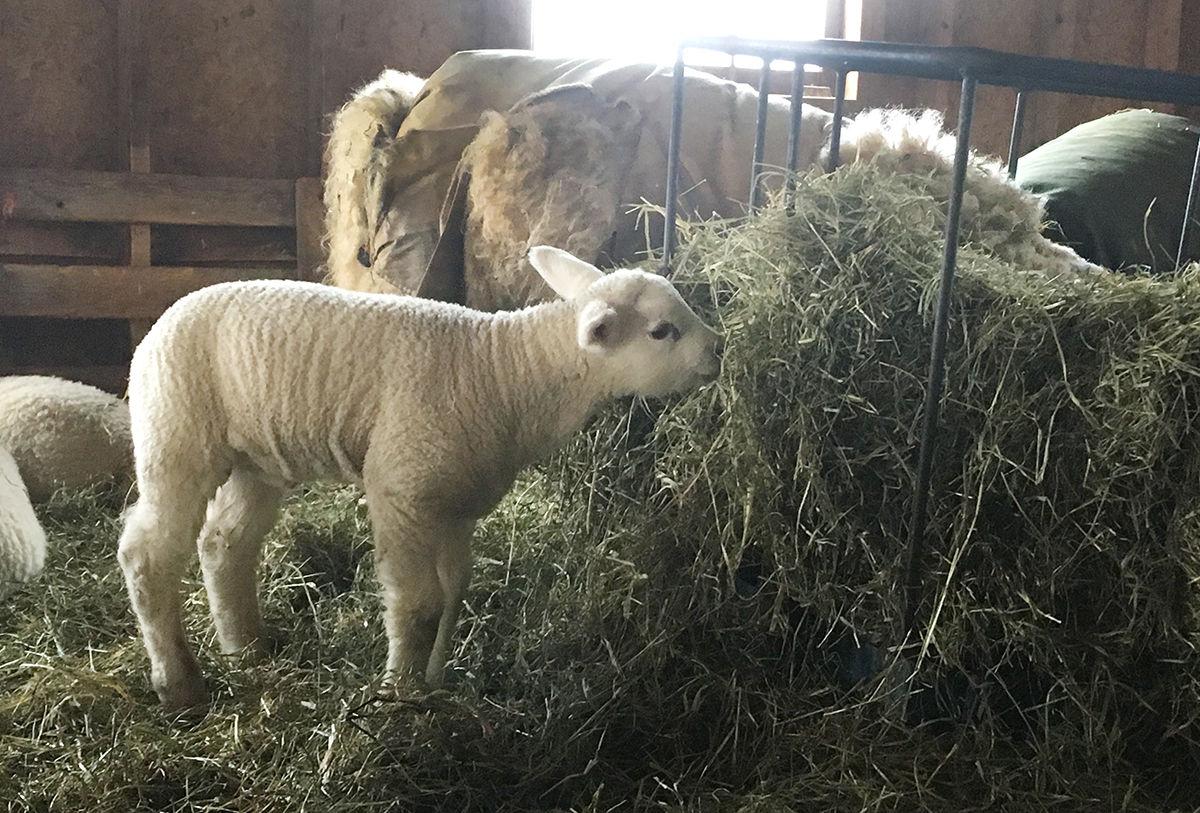 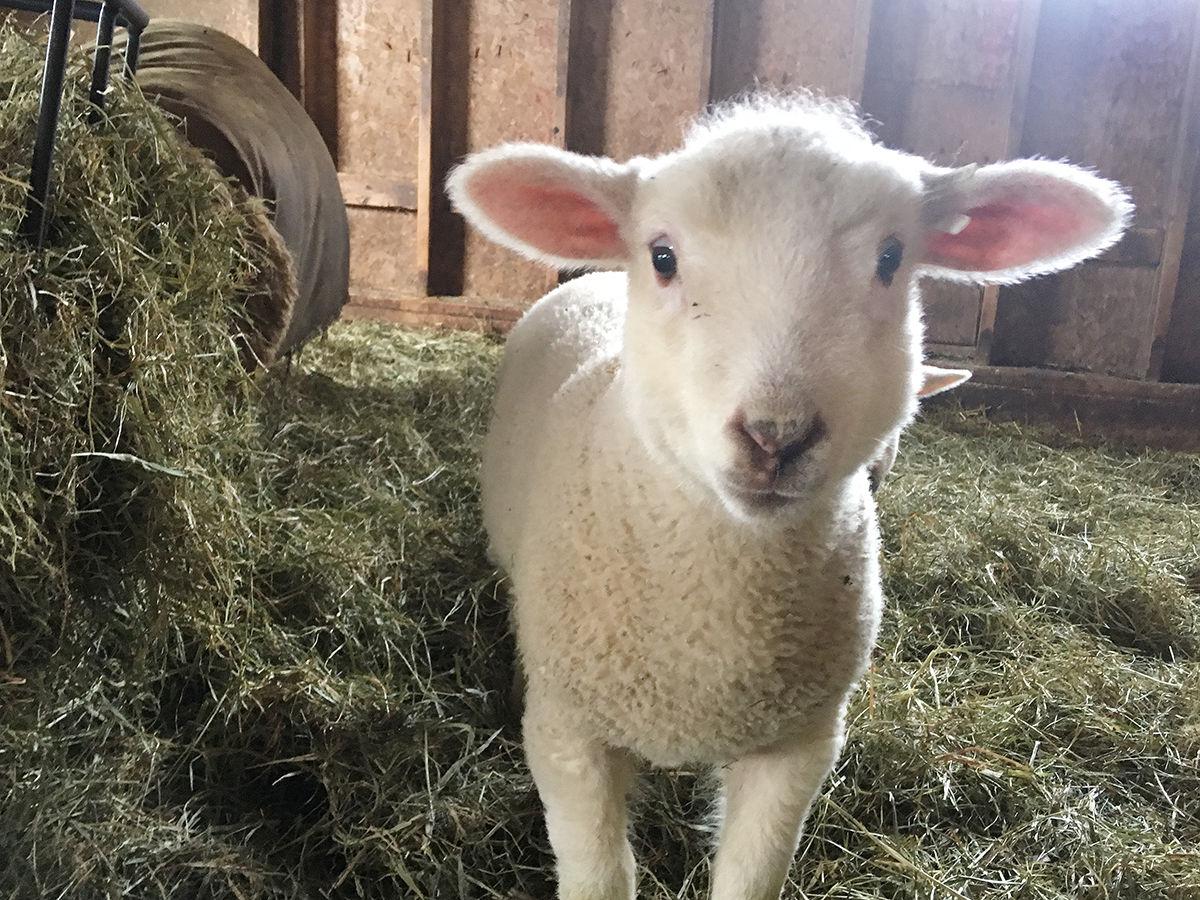 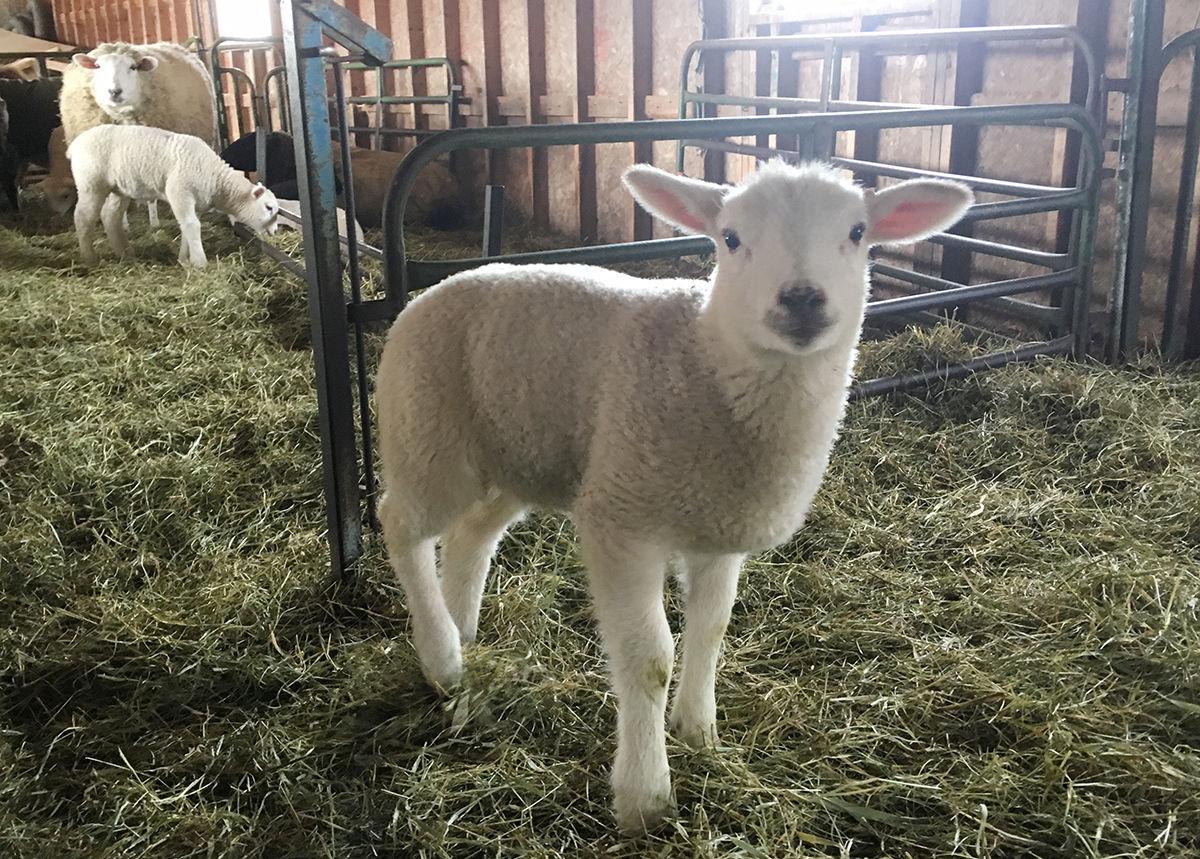 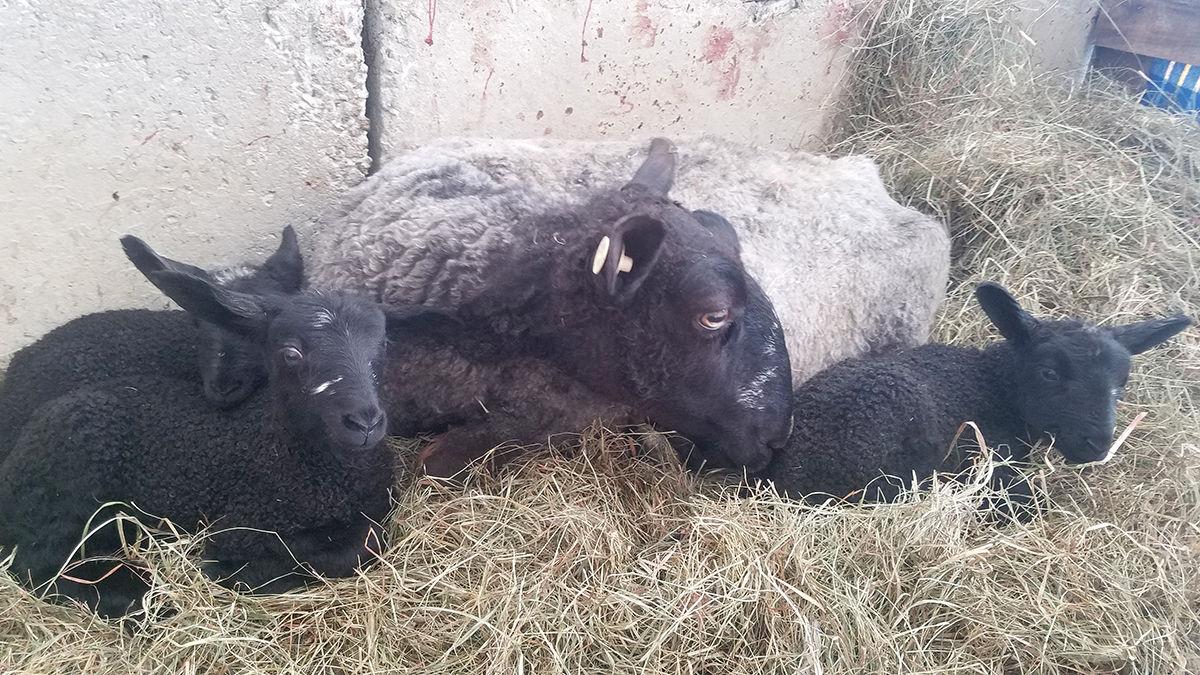 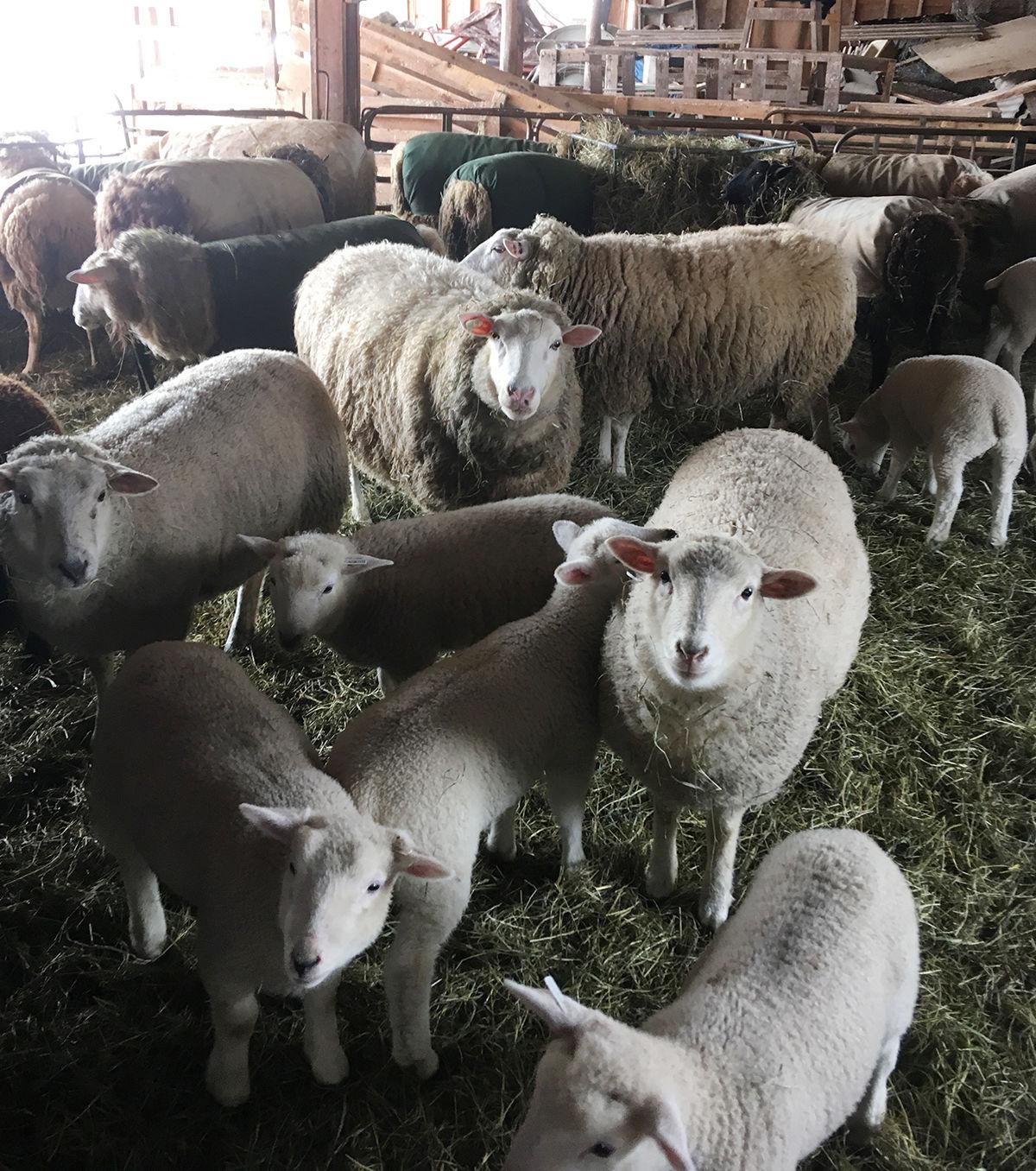 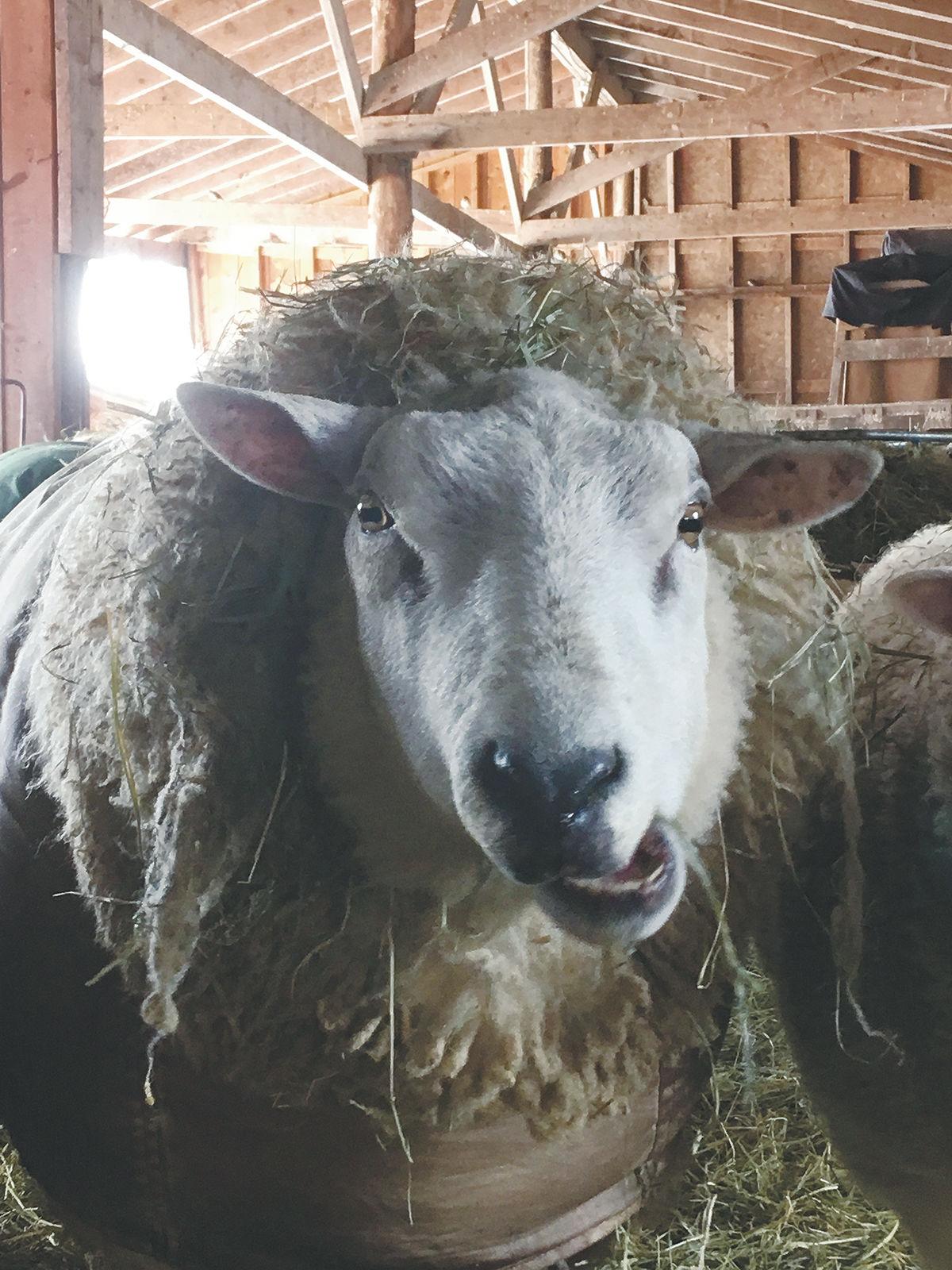 It’s not just Mary who has little lambs.

Farmers the state over are watching their hard work come to snuggly, fleecy fruition as lambs are born this spring.

Lambing season is at times equally frustrating, adrenaline-boosting and heartwarming.

But for sheep farmers, it’s a labor of love.

Freeman, 80, says she’s been breeding sheep so long, she’s created her own genre.

“I call them Sterling Brook Farm sheep. I’ve been breeding for so many years that I have indigenous sheep to my farm. It does exactly what I need it to do” — her genre “flocks real well, which means it needs to stick together with its peers, and then it needs to graze on grass and hay, and doesn’t need a lot of supplements to gain weight,” she said.

It’s also essential to have as many multiple births as possible per ewe.

“As a sheep farmer, you need twins in order to keep your farm going, because one will pay for the ewe, the mother, and your farm, and the other one will be your profit.”

She doesn’t sell single-birthed lambs for breeding; many of those go for slaughter, since they aren’t likely to have multiple births.

Sheep pregnancies last about five months. Sullivan says when her ewes go into labor, she’s on hand much of the time, but “usually, the ewe does all the hard work herself. I really only assist when there is a problem. It takes some experience to be able to recognize a problem: as prey animals, sheep instinctively hide distress. Any ewe who is laboring without progress is a ewe I’ll check on.”

When Sullivan checks a ewe, she knows exactly what she’s looking for.

“It’s rather personal. I reach in to feel that the lamb is correctly positioned. I want to feel a little mouth and two front feet. A tail, hind legs or just a head constitute an emergency,” she said.

Freeman keeps an eye out for filling udders, a sure sign lambs are coming, and keeps a baby monitor in her house, “so I can hear them when they start lambing, so I don’t have to run out every two hours to check.” But for the most part, she leaves her ewes to their own devices, unless she can hear a problem.

“If it seems imminent, I might hang out for a while, but this one, I didn’t do a whole lot of that because it was too darn cold and I didn’t want to be out there. The minute the babies are dry, they are pretty much bulletproof,” Freeman said.

Helping lambs through their first hours of life can be a challenge, though.

“Like human babies, lambs come out slimy, wet and rather surprised,” Sullivan said. “Momma licks her babies off while muttering low gurgles at them to facilitate their bond and voice recognition. In a few hours, the lambs are fluffy and all fed. Then, the real cuteness begins.”

Freeman seals off the lambs’ navels once they’re born, and gives them vitamins, including a selenium supplement and vitamin E.

“You just make sure the babies get a good start,” Freeman said.

“We found a little ram lamb who was born but then ignored by his mama. He showed barely a flicker of life, but we were able to warm him in a warm-water bath and then began raising him ourselves,” Sullivan said.

“We have a few bottle lambs every year who charm guests and enjoy snuggles. However, my favorite lambing-season story is when we have a ewe lamb with triplets and she raises them without assistance. That’s the best kind of story from my perspective,” Sullivan said.

Sullivan’s flock of 49 adult sheep are bred to lamb in February and March, to take full advantage of fresh spring grass, she said.

“The challenge is keeping lambs from freezing before they are dry and nursing. I lend a hand to the ewe in cold weather — we are lucky to have breeds who are generally independent, but who tolerate our interference,” she said.

While rewarding, lambing season is as hard on the farmer as on the ewes.

Freeman has been paring down the size of her herd. She and her husband are separated, and Sterling Brook Farm is her responsibility.

Lambing by herself is hard work, even with a husband around, she recalled.

One season, her husband was sugaring and didn’t have cellphone service, and “I had 40 lambs born in 48 hours. I couldn’t tell who belonged to who. It was just a mess, and it was scary, because you don’t know what’s going to happen.

“We were pretty new at the business. We had 160 breeding ewes at one point, and that was a lot. That weekend was just key, and so that’s when we decided to stop sugaring during lambing,” Freeman said with a chuckle.

Sullivan and her partner, Matt Wimmer, have a system.

“The challenge is staying awake. My partner and I adopt different schedules. He feeds at midnight and I sleep late, I am up at 7 to check lambs, and we alternate feedings for very young bottle lambs who need a 3 a.m. check. We both got very sleep-deprived and we ran out of oomph to cook meals to feed ourselves.

“That’s when my wonderful parents came to the rescue with a lasagna and some physical assistance in the barn,” Sullivan said.