You are the owner of this article.
Edit Article Add New Article
You have permission to edit this article.
Edit
Home
SCENE Sections
Calendar
Special Publications
Multimedia
Marketplace
Classifieds
Contact Us
1 of 6 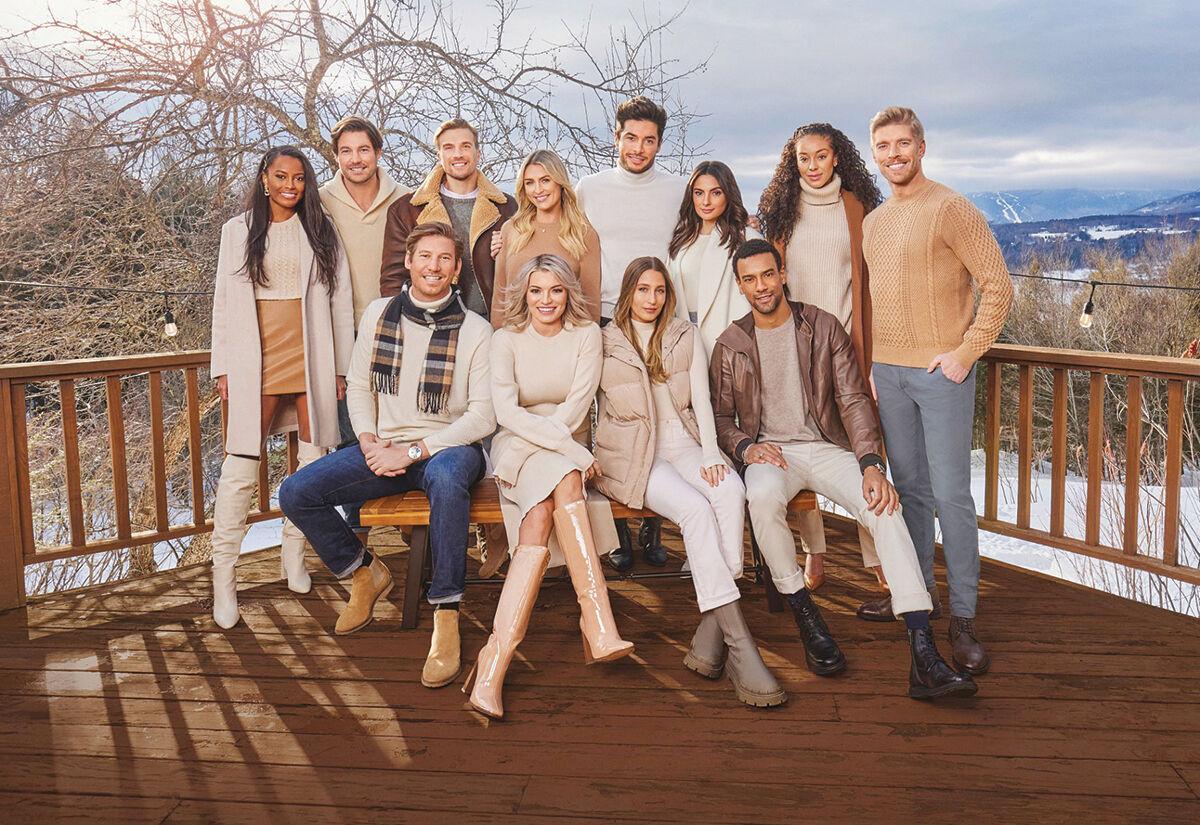 The entire cast of the Bravo TV show, “Winter House,” which was shot in Stowe, Cambridge and surrounding area. 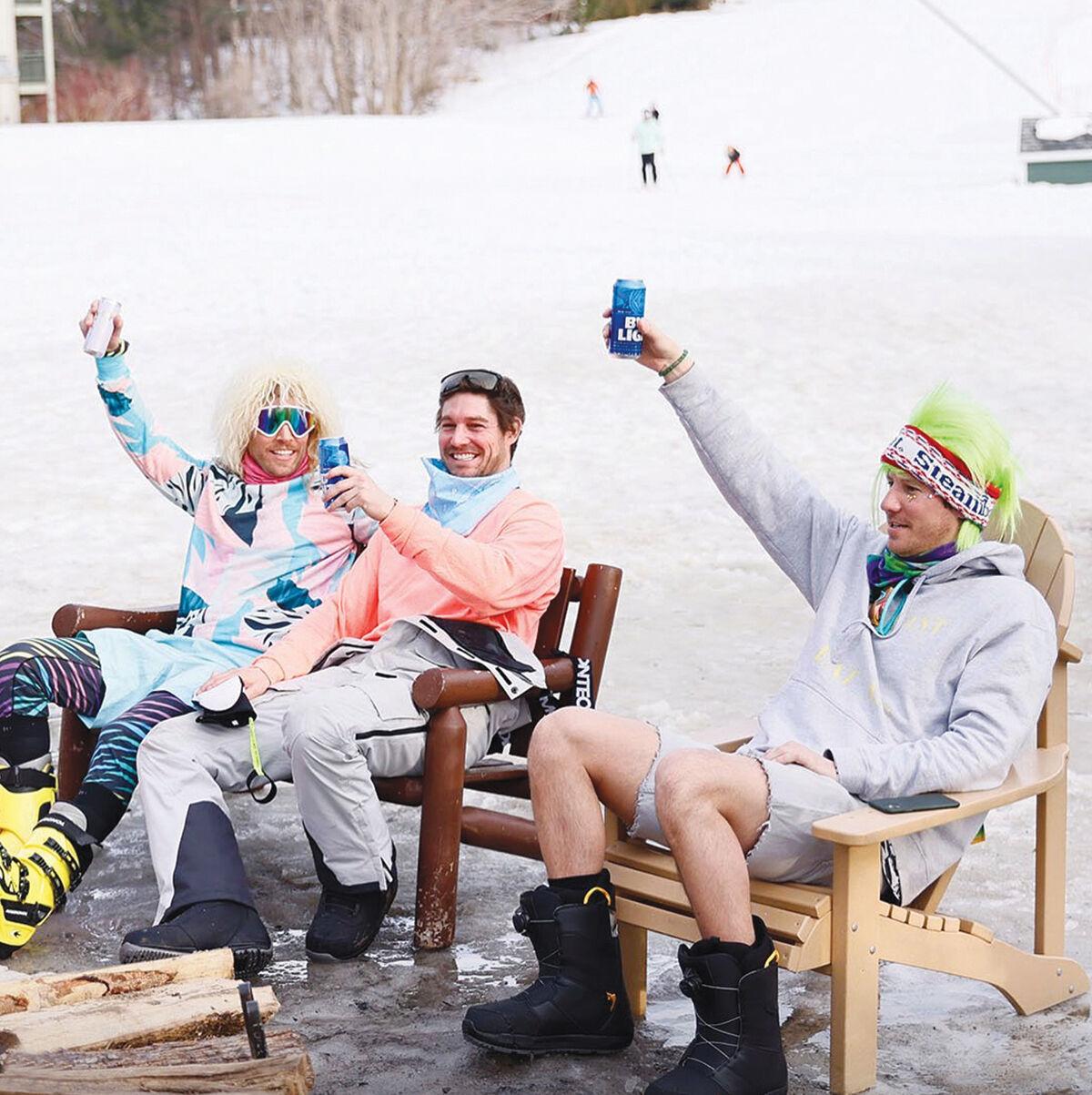 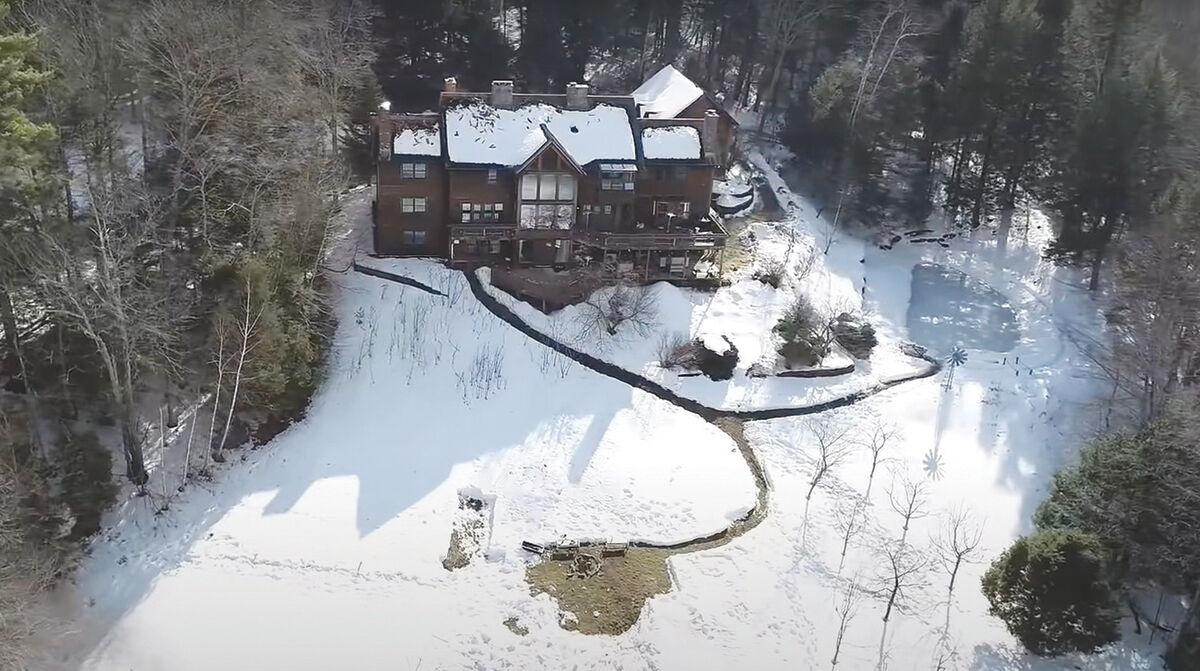 The house in Stowe where the show was shot. 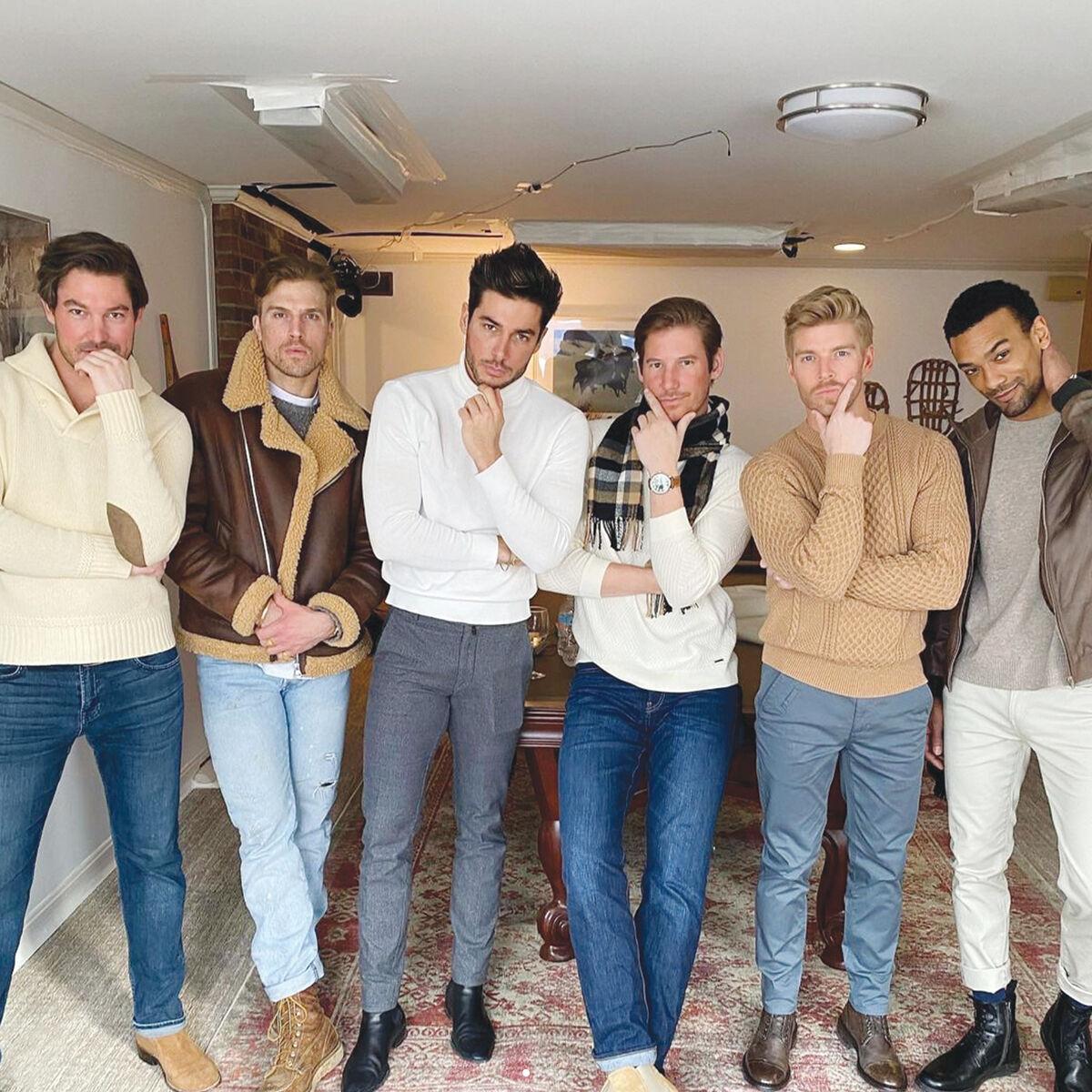 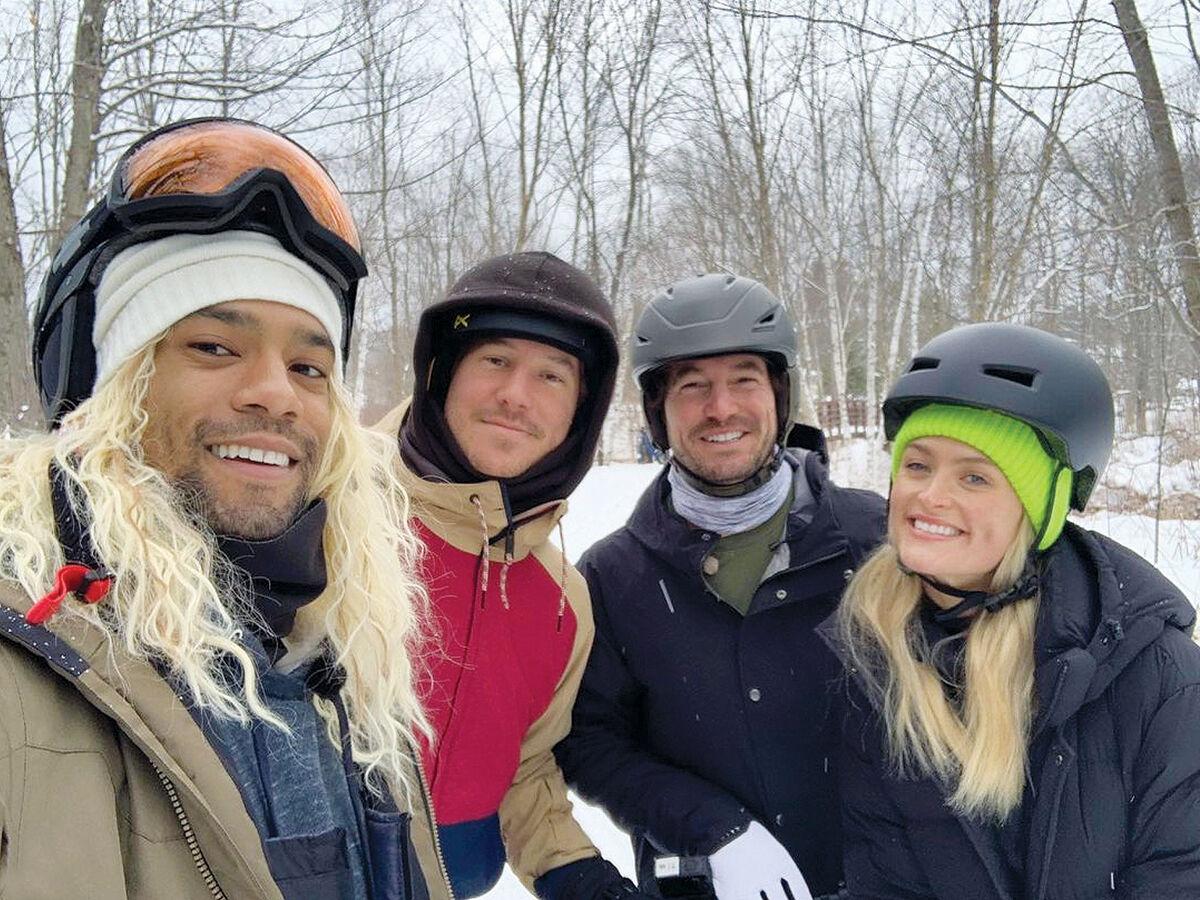 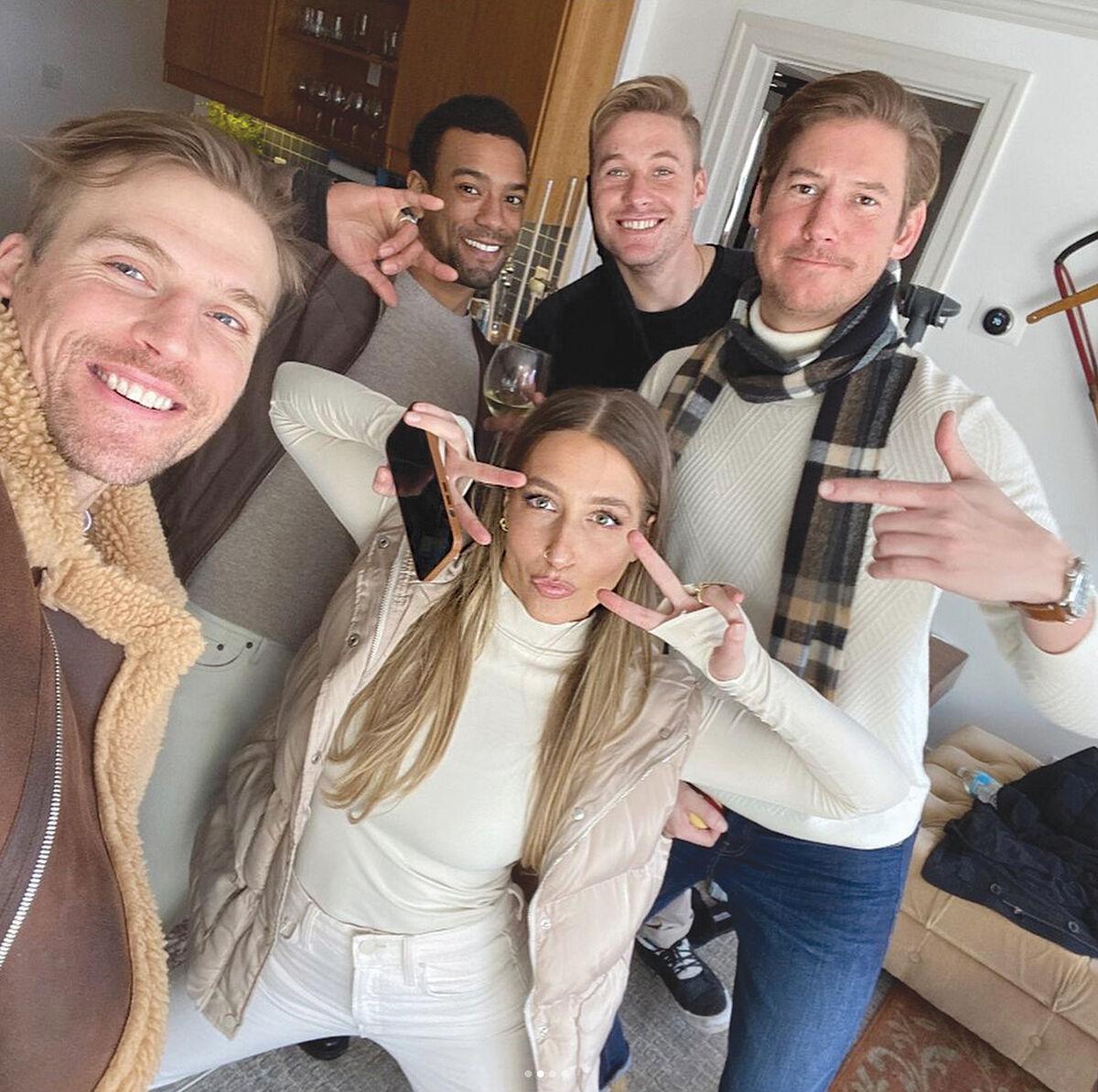 The entire cast of the Bravo TV show, “Winter House,” which was shot in Stowe, Cambridge and surrounding area.

The house in Stowe where the show was shot.

After filming in Stowe in the depths of last winter, the reality TV channel Bravo spinoff series “Winter House” has aired its first few episodes, showing stars from two of its other franchises drinking and playing hard in the resort town.

“Winter House” throws together a cast of personalities established on Bravo shows like “Summer House,” where a hard-partying gang of friends creates drama in the Hamptons, and “Southern Charm,” chronicling the lives of socialites in Charleston, S.C., and filled out with some friends of friends of those cast members — all who seem to be models.

The premise of the show involves Kyle Cook, a 39-year-old “Summer House” alum and hard beverage entrepreneur, and his girlfriend Amanda Batula inviting a mix of 10 friends and strangers to room with them in a rented house in Stowe for two weeks last February.

The trip was, ostensibly, sentimental for Cook. According to him, his mother came from Vermont, and he’s spent many winters vacationing in the area. But purely from a health and safety perspective, Stowe was an ideal place for the Bravo network to create some content at the height of the pandemic.

Like a modern retelling of Edgar Allen Poe’s short story “The Masque of the Red Death,” in which revelers hide away from a plague by partying it up in a secluded abbey, Cook plays a modern day Prince Prospero, getting wasted it up in secluded Vermont as the pandemic happens off screen.

The show has all the hallmarks of a classic Bravo show: copious amounts of alcohol, raunchy dinner table conversation and drama to spare. Outside of Loverboy, the hard seltzer brand owned by Cook that’s everywhere on the show, the most common beverage imbibed by the cast seemed to be Vermont’s own Citizen Cider.

B-roll footage shot from above captures idyllic footage of Stowe, replete with plenty of glimpses of Stowe Community Church on Main Street. Though the cast rarely ventures outside of their claustrophobic, booze-drenched rental, some Stowe locales have already popped up in the two episodes that have aired.

While shopping at Mac’s Market on South Main Street Austen Kroll of “Southern Charm” fame discovers his ex, Madison LeCroy, who may have had an affair with former baseball star Alex Rodriguez.

After a fat-tire mountain bike ride on the Stowe Recreation Path, part of the cast dined outdoors at Ranch Camp, despite the snow. It’s there that Kroll confessed to fellow Southern Charmer Lindsey Hubbard that he loves her like a sister, even after she proclaimed her romantic love for him.

Evan Chismark, the restaurant’s general manager, said they simply informed diners that a TV show would be filming and nobody seemed to mind. Despite the drama and the rowdiness of the crew’s antics on-screen, Chismark said filming was easy-going in real life.

“The cast and the crew were all very respectful,” he said. “The whole experience was pretty smooth, pretty easy.”

Despite staying in Stowe, the “Winter House” cast spent plenty of time skiing, snowboarding and tubing at Smugglers’ Notch Resort in Cambridge. They also drank and ate at the Morse Mountain Grille and Bootlegger Bar at the resort.

Stowe Mountain Resort was conspicuously absent from their revelry.

“‘Winter House’ could help expand the visibility of our town to new audiences that haven’t been introduced to it before. A show like this with a broad reach on a major network can help to elevate the Vermont brand as a whole in addition to Stowe as a destination.”

“While in Vermont, the cast and crew had a great time taking part in the activities at Smuggs, went ice fishing on local lakes, dog sledding in Eden, and dining out at local restaurants,” said Stephanie Gorin, the Smugglers’ Notch communications director. “Not everything happens on schedule when producing a TV show like this, so the most difficult part of the puzzle during the visit was coordinating when and where things would come together smoothly.

Gorin also indicated that cast and crew members quarantined and tested negative for COVID-19 before shooting at their resort.

With a whole new swath of Bravo viewers becoming aware of Stowe as a winter destination for hard partiers looking to emulate the lifestyle of the “Winter House” gang, the Stowe Area Association hopes it will raise the profile of the town.

“‘Winter House’ could help expand the visibility of our town to new audiences that haven’t been introduced to it before. A show like this with a broad reach on a major network can help to elevate the Vermont brand as a whole in addition to Stowe as a destination,” Carrie Simmons, the organization’s executive director, said.

The “Winter House” crew’s bacchanalian antics in Stowe can be viewed every Wednesday at 9 p.m. through December.