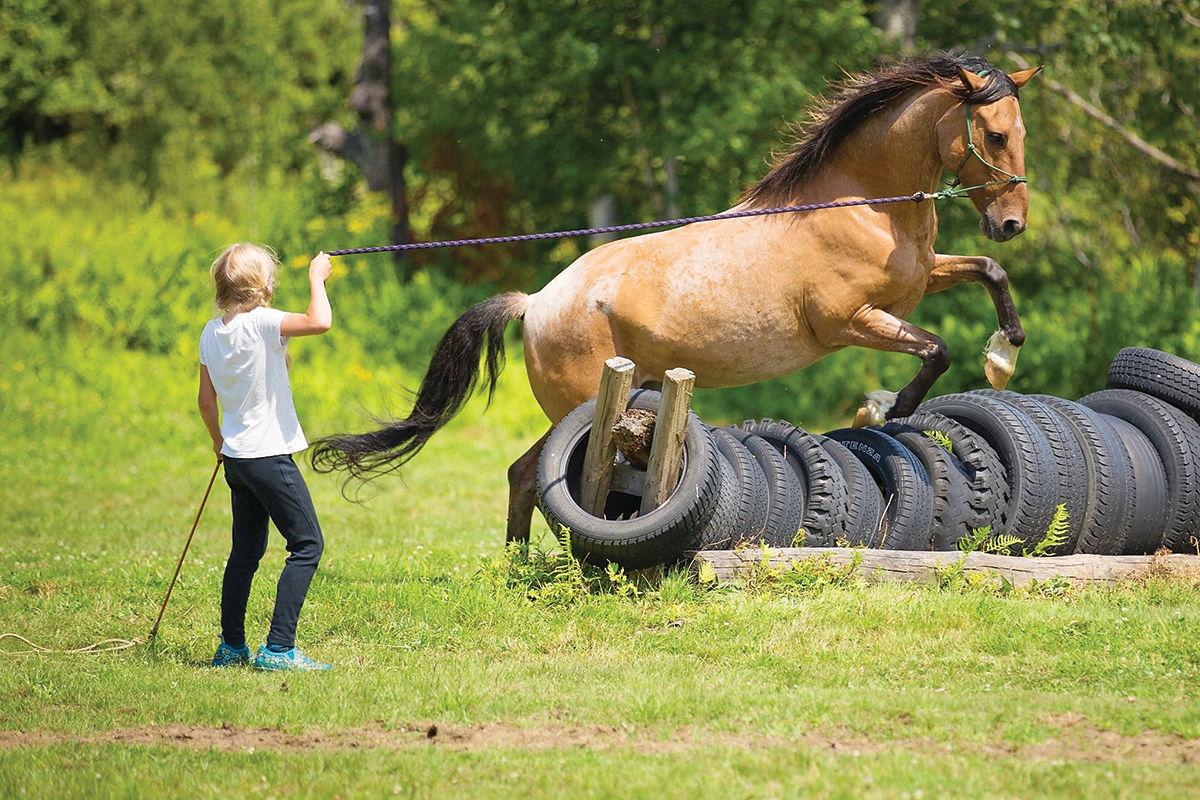 A youngster works with a horse at the Center for America’s First Horse in Johnson. 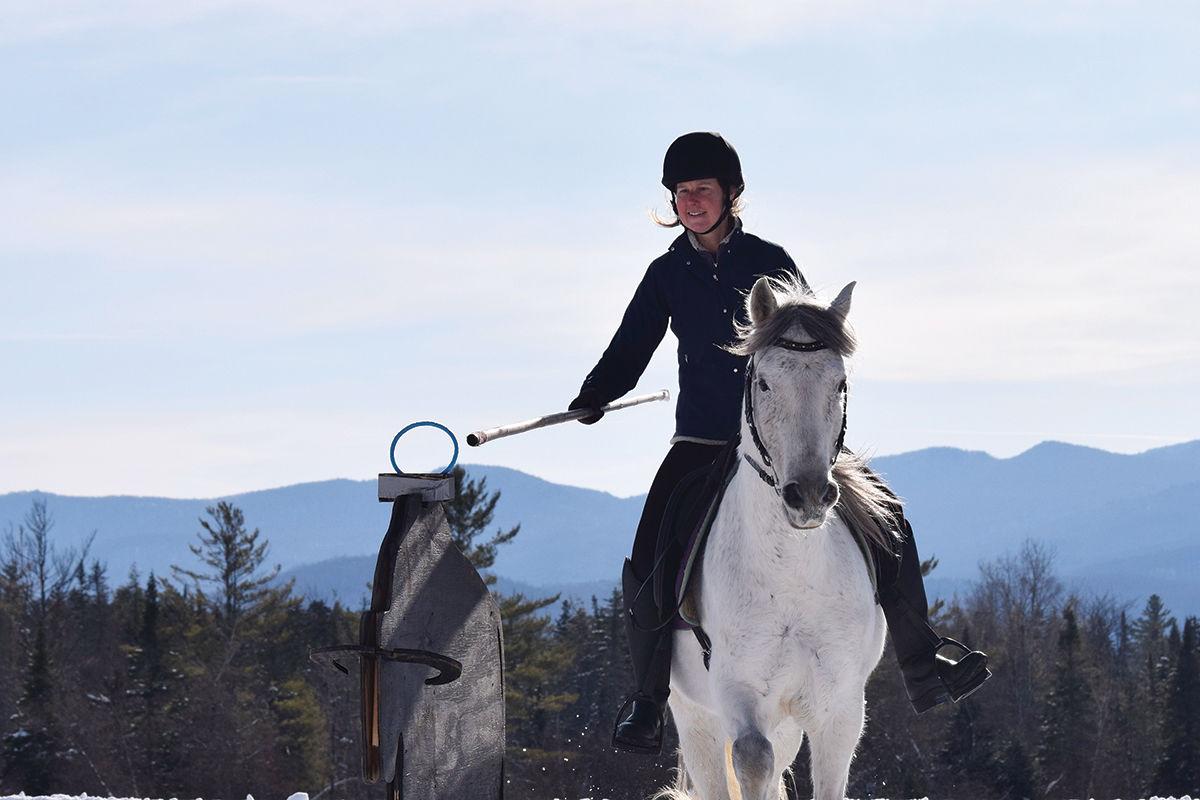 Stephanie Hayes, founder of the Center for America’s First Horse, on Morado.

A youngster works with a horse at the Center for America’s First Horse in Johnson.

Stephanie Hayes, founder of the Center for America’s First Horse, on Morado.

Before you can put a horse through its paces, it’s best to get to know it first. At the Center for America’s First Horse, the lessons start from the ground up.

“There’s skill involved, but it’s really about having a relationship with the horse,” said Stephanie Hayes, founder of the center, located in Johnson. “We do exercises with the horse before we ride so the horse and rider have a mutual respect for each other. The relationship part has to come first.”

The center is situated on Cemetary Road, on 60 acres of pasture and woods with postcard views of the Green Mountains. Hayes and her husband, Tim — along with numerous volunteers — spent hundreds of hours shaping it to their needs.

It also meets the needs of their 20 horses, and another due in late spring, early summer. The center is named for the Colonial Spanish horse, more often called the Spanish mustang by Hayes when she refers to the animals.

Spanish mustangs are a rare breed, smaller than the typical stallion and one of the most colorful, with an array of different patterns. It’s a great breed for kids who stampede to the center for its workshops in “natural horsemanship.”

The center is working to preserve certain bloodlines from going extinct. The horse was brought to the New World by Spanish explorers in the 1500, but by the end of the 19th century, a majority of horses were in conflicts between the U.S. and native American populations. Then, larger European breeds were introduced into the herds, diluting the Spanish blood.

According to Hayes, about 3,000 Spanish Mustang are in existence, and it’s one of her goals to push that number higher.

There’s even a celebrity in the mix. Oscar is a white and reddish pinto-patterned horse who was one of four horses used in the 2004 Disney film “Hidalgo.” Oscar, born in 1991, has been living a life of semi-retirement as an ambassador for the center.

“Although horses of all types are good for people, there’s something about this breed,” Hayes said. “Their breed and temperament is so suited for children.”

The center offers clinics and workshops for beginning riders and something else entirely for those comfortable atop a horse. First, the basics.

Hayes said clients are matched up with a horse — all of them are listed on the center’s website, centerforamericasfirsthorse.org — and they work with the horse “in a way that brings compassion and trust.”

The clients learn about all of the horses, and how they interact with other horses, the “herd dynamic.” Horses are known as incredibly empathetic animals, so much that some places offer equine therapy for people coping with issues like depression or PTSD.

“I try to match them up with a horse that can help them, if they lack self-esteem or something else,” Hayes said. “Horses have the innate ability to give people a sense of calmness. The whole atmosphere of my facility is to make people feel comfortable.”

Part of getting to know horses on the farm is to participate in all the farm-related chores, too.

For seasoned riders, there are programs in “working equitation.” According to Hayes, that’s a sport with its roots in southern Europe, where ranchers astride horses manage cattle with long poles, instead of ropes and lassos, like the iconic Western U.S. cowboy.

Components in working equitation include dressage, speed and actually working with cattle.

“It’s a fantastic way to train your horse,” Hayes said. “And why I like it is you have to have a great relationship with your horse.”

Here’s a sampling of the wide variety of camping experiences available in summer.

Your guide to summer fun in central Vermont for kids of all ages!