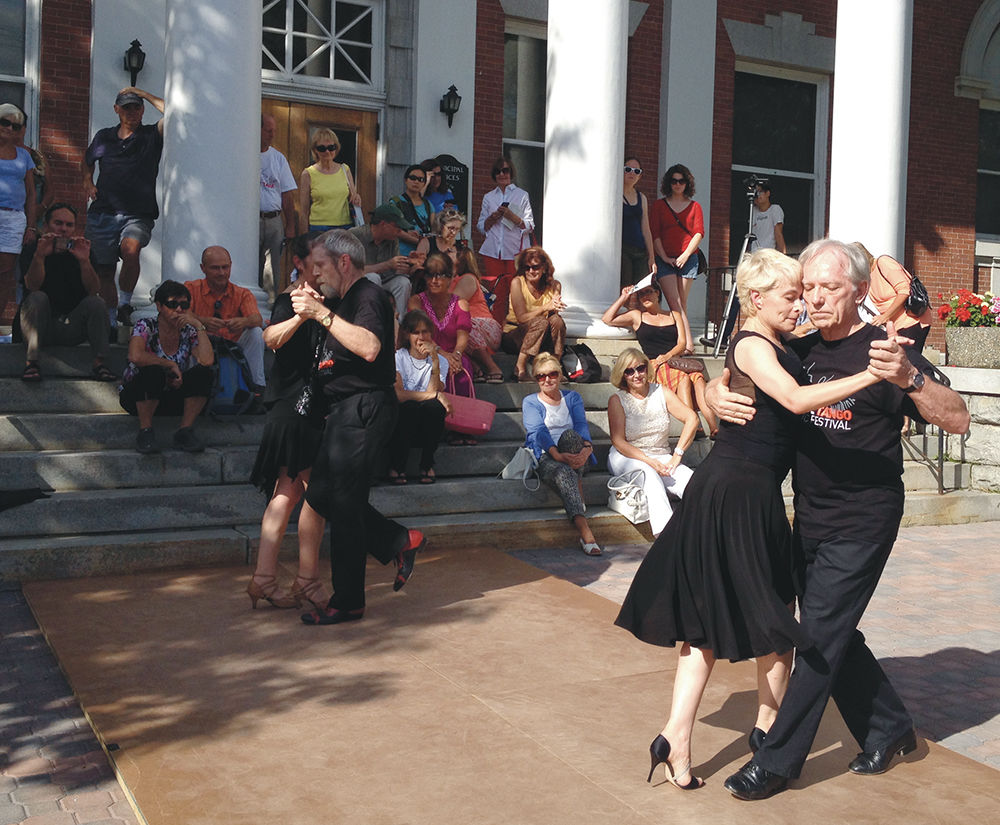 The Stowe Tango Music Festival, noted for its unique series of performances and its high level of musical training, returns to the Green Mountains for the sixth year. Presented by the Argentine Tango Society, the Festival has grown each year to include sold-out concerts, dance workshops and free community events.

Public events from Aug. 15 to 18 — some are free, some are ticketed — include a variety of musical performances, dance workshops, dance parties (known as milongas), educational presentations, and social gatherings.

Intimate Encounter: The Stowe Tango Music Festival Concert is Saturday, Aug. 18, at the Spruce Peak Performing Arts Center. This performance has been sold out for the past two years, resulting in the addition of a new 4 p.m. matinee concert.

Del Curto’s Stowe connection began in 2001 with Jo Fish, a Stowe resident who founded the nonprofit Argentine Tango Society and is chairman of the festival, but his strongest bond was formed in 2005 when he brought an orchestra, including cellist Jisoo Ok — now his wife — to perform at the Trapp Family Lodge meadow.

A 2018 Grammy Award winner, Del Curto is the thread that weaves together traditional and new tango, and he lives, breathes, and edifies the full history of tango. Ok co-founded the Festival and is its executive director. The Stowe Tango Music Festival is the realization of their vision, striving to bring historic knowledge and artistic passion to all.

‘Intimate Encounter: The Stowe Tango Music Festival Concert’ will be presented Saturday, Aug. 17 in two electrifying performances at the Spruc…