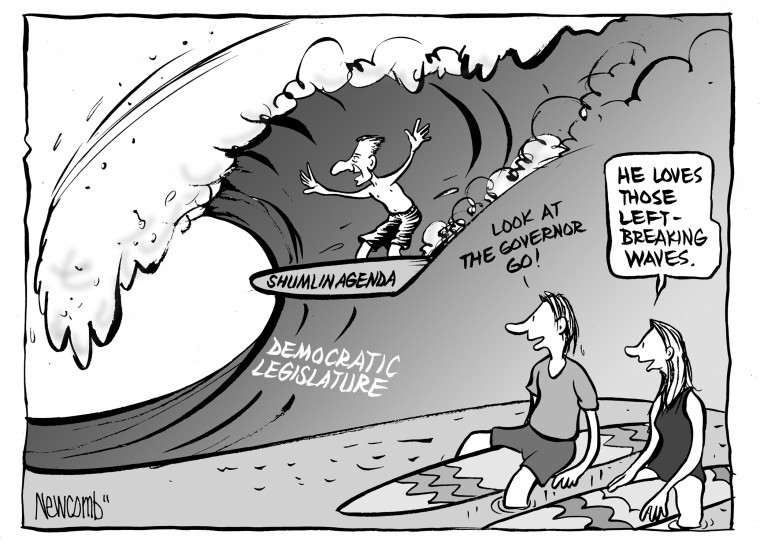 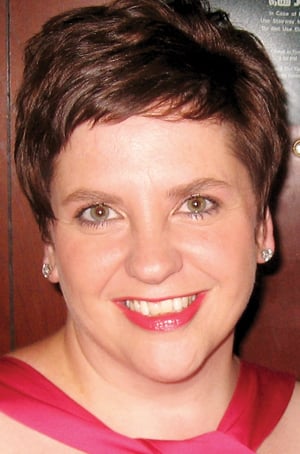 And, let’s also give a cheer for its decision to do nothing this year to improve Vermont’s open-meetings law.

That’s right, the decision to shelve a bill on open meetings was the right one. While the bill’s heart was in the right place, the bill itself was timid, convoluted and desperately in need of improvement.

Shelving it provides the opportunity to make those improvements.

Without question, this has been the best year open-government advocates have had in the Legislature in a long, long time. The new governor and the new secretary of state pushed hard for more open government, legislators were generally receptive, and a strong coalition — the Vermont Press Association, the ACLU, lawyers, state employees, nonprofit groups, prison and mental-health activists — argued strongly for strengthening the state’s public-records law.

For journalists who normally sit on the sidelines, observing and chronicling the news, lobbying the Legislature was an often-uncomfortable role. However, the press association has been trying for years to strengthen the law, and with change a real possibility this year, staying on the sidelines would have been foolhardy.

On balance, the new public-records law is considerably better than the law we have now, for four primary reasons:

The laws on open meetings and public records are the only Vermont laws that no one is in charge of enforcing. It’s up to the public to sue over violations. However, litigation is increasingly expensive — the minimum cost is now in the $5,000 range, and appeals to the Supreme Court can cost $30,000 to $50,000. That expense is simply beyond the reach of most people and of most small businesses — and most Vermont newspapers are small businesses.

For instance, we publish two newspapers, the Stowe Reporter and the Waterbury Record, and we employ a total of 20 people. We simply don’t have the budget to file right-to-know lawsuits with no chance of getting our money back.

If the Legislature expects the public to enforce the law, then it needs to provide some way for a successful plaintiff to recoup the cost of enforcement. The public records legislation accomplishes that by saying court “shall” award legal costs to successful plaintiffs, with a safe harbor for agencies that reconsider their position and turn over a disputed record.

The legislation requires every state agency to have a public records officer who gets regular training. That is a huge step. It gives us a go-to person when an issue develops, a knowledgeable person with whom we can negotiate.

This step should minimize the need for lawsuits.

In the final hours, the Legislature deleted a requirement that every local government also have a public records officer; local officials argued that would be a big burden.

We think it will actually be the opposite, but having state public records officers will allow us to test that theory, and a committee will be set up to study that issue for the future.

The legislation authorizes the state archivist to offer advice on public records issues, and to offer training in efficient record-keeping and records management. Long-term, this provision will lead to far greater awareness of the importance of handling public records properly. That should minimize the need for lawsuits.

This legislation sets up a committee to review all the exemptions to disclosure of public records, to see if they’re valid and necessary for the future. Courts have made decisions on the meaning of only half a dozen of these 200-plus exemptions, pointing up the fact that relying on lawsuits to test the validity of these exemptions has been a failure.

In summary, the public and the press didn’t get everything we might want in the new public-records law, but we get a major step toward having well-informed government officials at the state level, a promise for a training program that should lead to long-term progress, and a mechanism for private citizens to recoup the cost of enforcing these vital state laws.

We think the bill strikes a reasonable balance between government interests and the public’s interests, and the Legislature thought so, too.

Happily, the Legislature dropped the idea of setting separate standards for state and local governments — requiring state agencies to pay legal fees if they lost a public-records lawsuit, but leaving it to the court to decide if local agencies should have to pay fees. Having a single public-records law with uniform standards is crucially important.

Also happily, the Senate voted to allow free inspections of public records. The House wanted to charge if it took more than two hours to produce a record, but acceded to the Senate version.

It was a different story for open meetings. The Senate came up with a proposal to make very modest improvements in the current law; it did not make legal fees mandatory if a government agency lost a lawsuit, and it envisioned a far-too-convoluted process to provide a “cure” for illegal meetings.

While the bill would have helped shore up weaknesses involving closed-door meetings, on balance we thought we could do better, and legislators could be persuaded — next year, we hope — to toughen up the proposal.

Overall, lobbying the Legislature for greater openness was a fascinating and informative experience. We learned a lot from it, and we hope Vermont’s legislators have, too.

One of the most promising and surprising developments to come out of the session was Secretary of State Jim Condos’ “Transparency Tour.” Condos plans to hold at least 12 training sessions for state and local officials on open government and the law. He wisely enlisted the support of the Vermont League of Cities and Town, Vermont Municipal Clerks and Treasurers, the Vermont School Boards Association, the American Civil Liberties Union, Common Cause and the Vermont Press Association to make the trainings happen.

Kudos go to these groups for being willing to participate, as well.

2011 is shaping up to be an excellent year for people who believe in open government. It is about time for the state of Vermont.