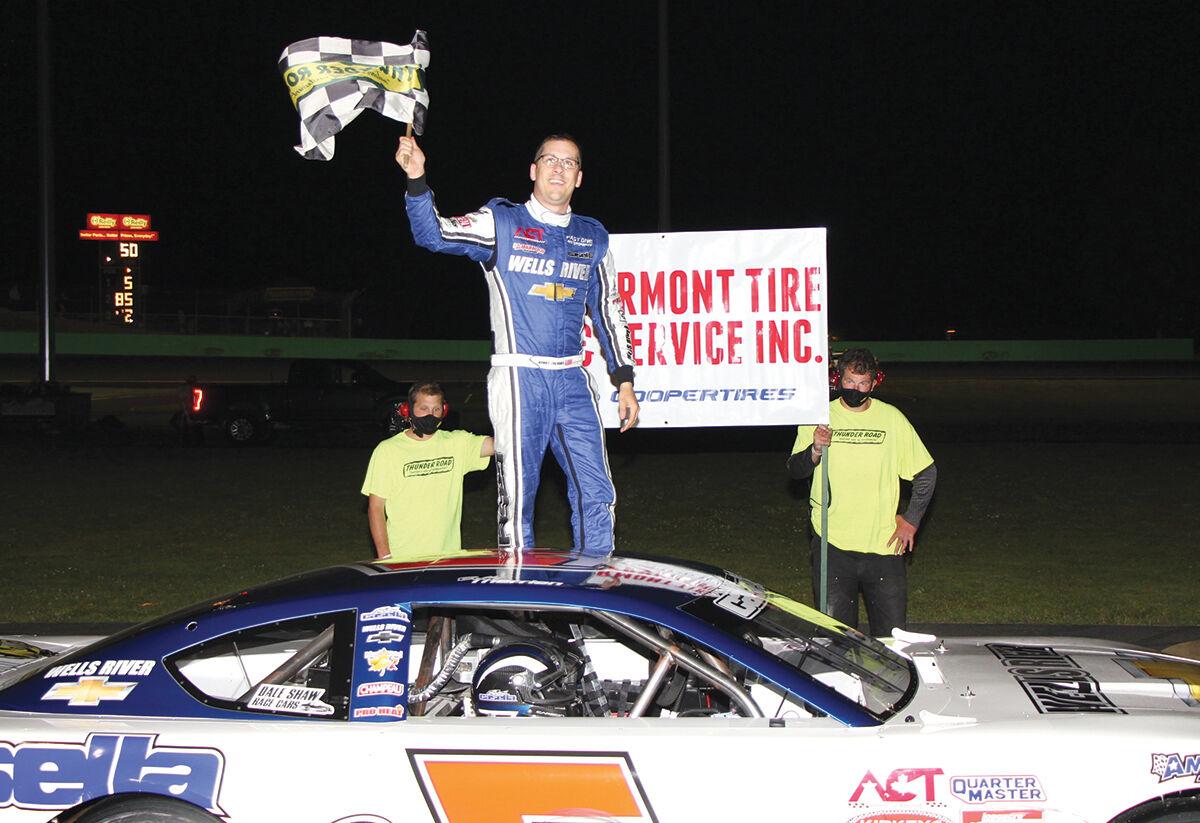 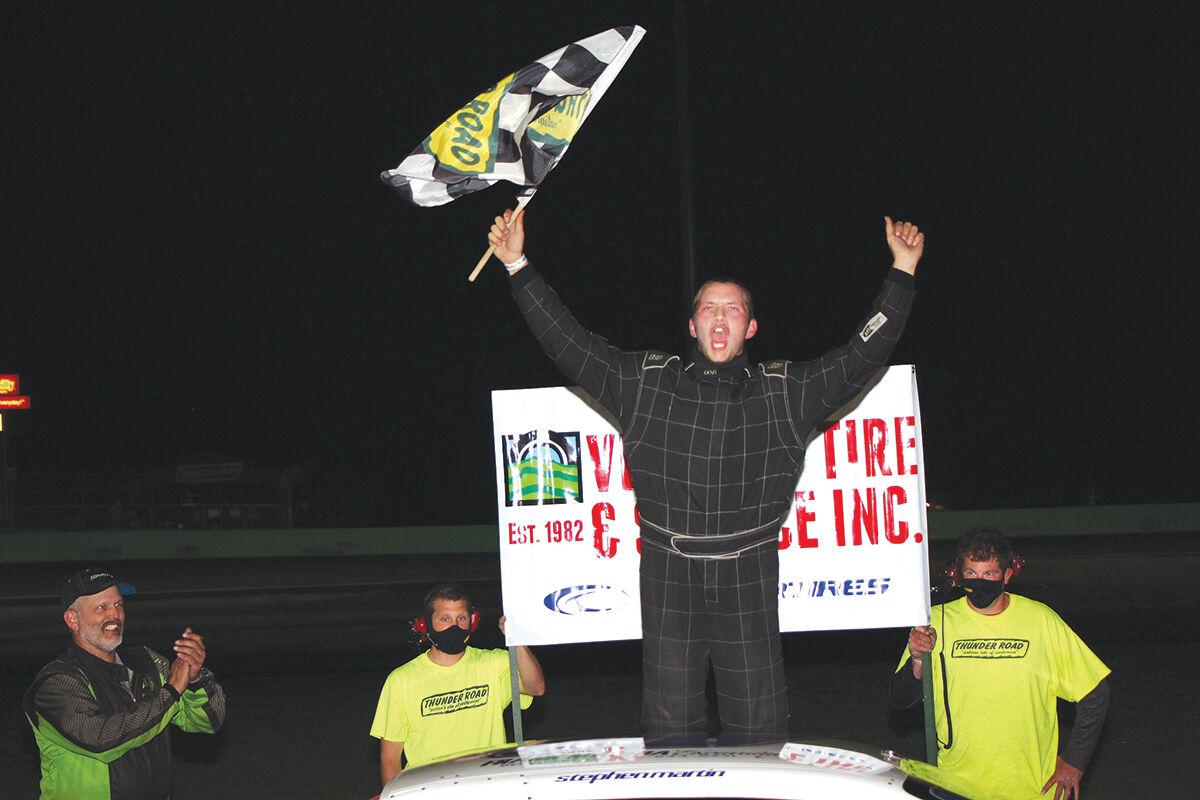 Hinesburg native and 2017 Thunder Road track champion Bobby Therrien got the win for the Maplewood/Irving Oil Late Models during a 50-lap feature on Thursday, Aug. 20.

In other racing that night, 17-year-old Stephen Martin of Craftsbury won his first-ever feature race in the Lenny’s Shoe & Apparel Flying Tiger’s 40-lap race. James Dopp of Northfield got his first career victory in the 25-lap feature for the Allen Lumber Street Stocks and Brian Putney of East Corinth won the 20-lap feature for the Burnett Scrap Metals Road Warriors.

After starting eighth Therrien took the lead from Trampas Demers with 13 laps to go and drove away from the field. His win tightened up the race for the 2020 track championship and “King of the Road” title for the Late Models. Therrien is now only 12 points behind points leader Jason Corliss; he’s five points up on third-place Demers and nine points ahead of fourth-place Marcel Gravel of Wolcott with just three points races left on the season.

The final Thursday night of racing at Thunder Road is scheduled for tonight, Aug. 27. Along with a full night of racing for all four divisions the evening will include the annual “Run What U Brung” spectator race.

For full results from the races on Aug. 20, visit thunderroadvt.com. Listed below are the top five finishers in each feature race, plus how some other local drivers did. Drivers are listed by finish, name, number and hometown.

Brandon Gray nearly made it a clean sweep Aug. 23, as it appeared that he won both the Street Stock Special and the Bolduc Enduro, but the Thetford native was disqualified from the Street Stock feature after a post-race inspection. The disqualification cost Gray, the points leader in the division after last Thursday’s races, the win and gave it to Shelburne native and rookie driver Kaiden Fisher, who was fourth in the points standings heading into the special Sunday race.

Gray was disqualified as the winner of the 50-lap Street Stock Special for a violation pertaining to his cylinder heads that was found on Monday. The win is the second of the season for the 13-year-old Fisher, who is the son of legendary Thunder Road driver Jamie “Hurricane” Fisher.

Following Gray’s apparent, yet short-lived victory in the Allen Lumber Street Stock feature the Thetford native ran away from the 114-car field in the 36th running of the Bolduc Metal Recycling Enduro 200.

The win gave Gray the $3,000 cash prize that comes with the annual Enduro title. This year the rough-and-tumble Enduro, nicknamed “The People’s Race” featured a total of 10 red flags, which stop all drivers in their tracks while someone is removed from a wrecked vehicle. Two of those red flags flew after a car rolled over; a third rollover during the race failed to slow down traffic, as the car rolled completely back onto all four wheels and the driver continued around the track.

The top five drivers, and how some other locals did, in the Street Stock Special are listed below along with the top 10 drivers in the Enduro. Drivers are listed by finish, name, number. In the Enduro, the number of laps completed by a driver are listed last.